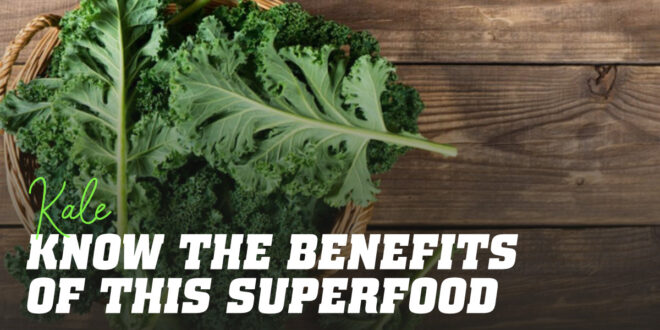 Superfood Kale: What it is, Properties and Recipes

Kale is a vegetable that has gained in fame and consumption levels in recent years for its recognised benefits for the body. From its nutritional and anti-inflammatory properties, to its aid in weight loss, it is an ideal vegetable to include in your daily diet

What is Kale and How do you eat it?

Kale, curly kale, or leaf cabbage, is a variant of cabbage characterised by its curly leaf and a member of the family of the brassica or cruciferous family, to which cabbage, red cabbage, Brussels sprouts, cauliflower, broccoli, turnip greens and turnip belong. 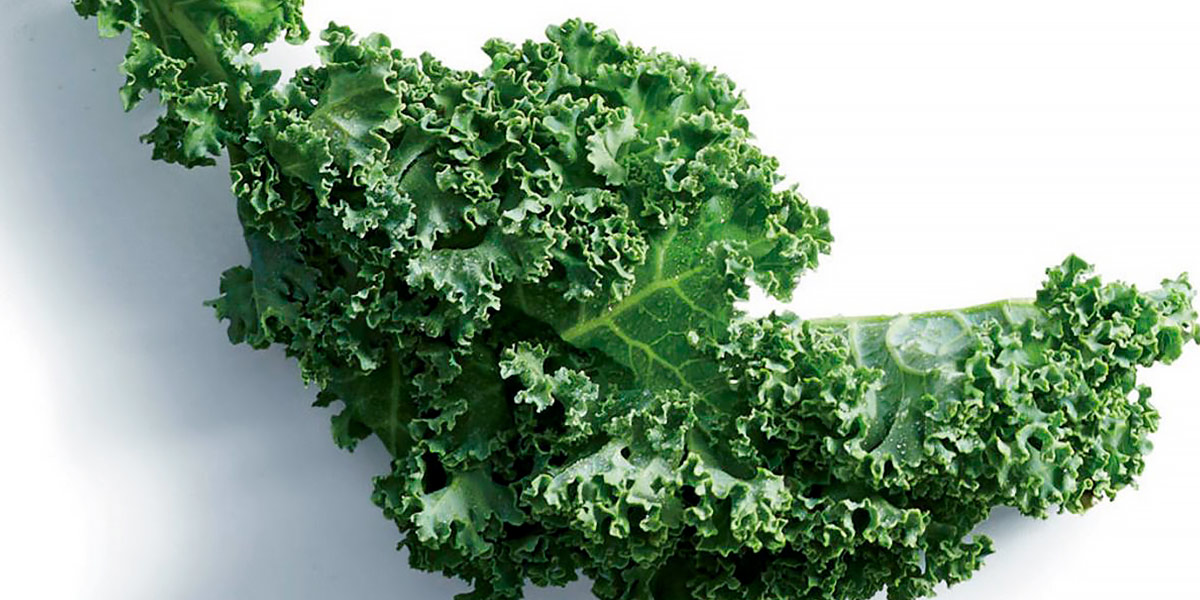 Its appearance differs considerably from its relatives, as kale is elongated instead of rounded and its leaves are more similar to those of the lettuce.

Its scientific name is Brassica oleracea var. acephala and its origins are in the coastal countries of the south and west of the old continent.

Kale can be consumed in a multitude of traditional recipes, such as stews and casseroles, and can be boiled or sautéed too; although the use of dehydrated Kale powders to make smoothies and shakes green, rich and loaded with nutrients means it has never been so easy to consume.

What does Kale provide?

It is a vegetable whose use has spread all over the world thanks to its high nutrient density and low energy endowment.

Its leaves, which cover almost all of the vegetable, draw attention for their intense green colour and rough texture.

For most people, it’s delicious, which has resulted in its rise in popularity in the diet of Western countries, including Spain, in addition to its usefulness in preventing excess weight and obesity, given its low calorie content. 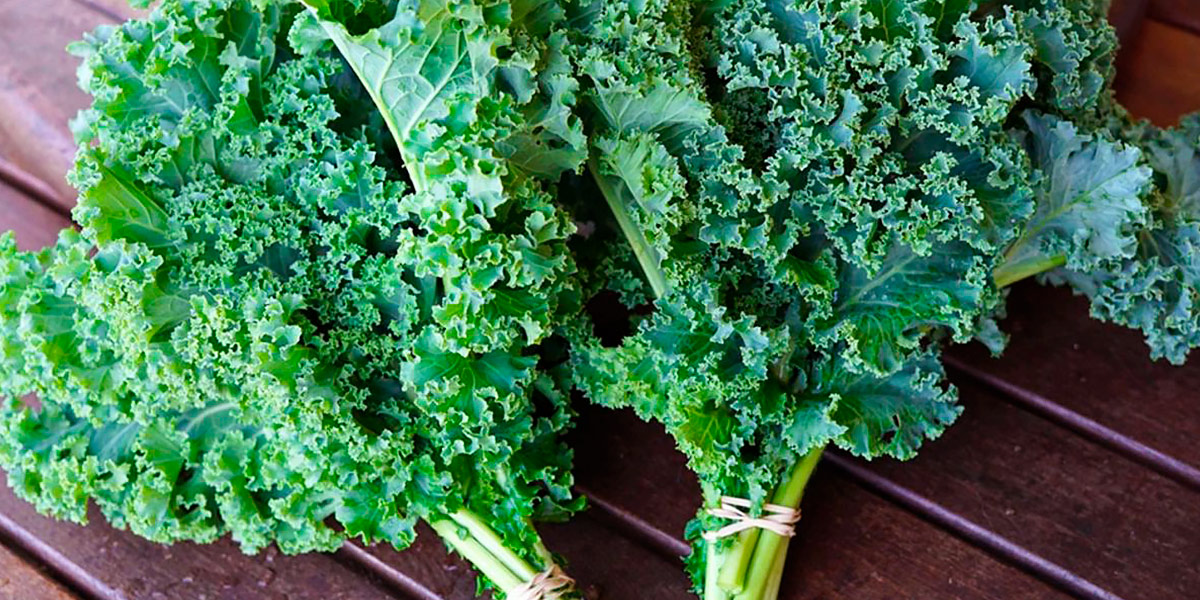 Traditionally, it has gone under the radar compared to the many edible vegetables that exist.

A few years ago now though it burst onto the scene of new dietary trends gaining, an unexpected but well-deserved popularity in a short period of time.

One of the reasons for kale rising to prominence is the trend for consuming green juices everyday, which is where this vegetable plays a key role. Fancy some recipe ideas for green juices and smoothies? Visit this link.

The 9 Properties of Kale

Kale has many nutritional, organoleptic, and other properties favoured by athletes, foodies, dietitians-nutritionists.

1. It contains Carotenoids and Flavonoids

Carotenoids, a group of pigment substances present only in the plant kingdom, play a very important role in the development of plants.

Lutein and zeaxanthin are the two carotenoids that give kale its characteristic colour.

Both are located in the human body in the macular pigment of the retina of the eyes, a structure that acts as a filter for certain wavelengths of light. 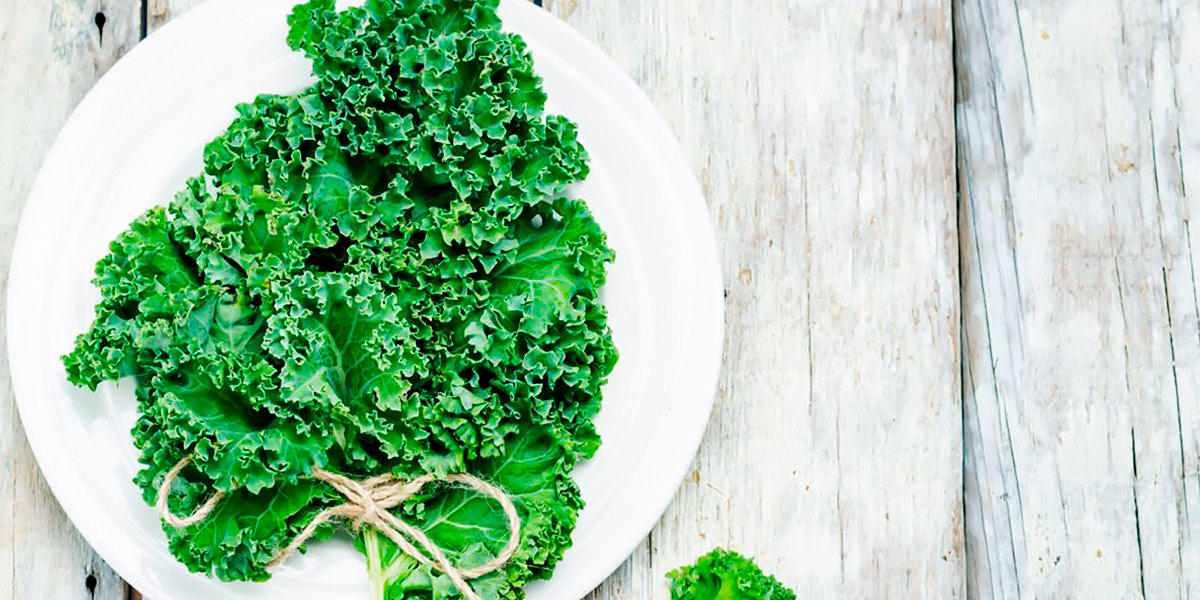 2. It has many minerals

Due to its richness in minerals, it is an ideal food for athletes after training, helping them restore the electrolytes required as essential nutrients that are lost through sweat.

But let’s move on to looking at the stand-out minerals of kale.

3. The importance of Calcium

Its richness in calcium makes it interesting, as calcium is required for the normal maintenance of bones.

Kale has an extraordinary abundance of this mineral, and it is fantastically efficient for intestinal absorption (surpassing that of dairy products, which is somewhat hampered by the presence of casein and lactose).

It’s worth knowing that the best way to take advantage of all the calcium is by consuming it raw or in powder format instead of cooking it.

This is one of the best plant sources of iron.

This is particularly important for a very specific sector of the population: vegetarians and vegans, as their rejection of animal products, which are usually the main source of this mineral, forces them to use vegetable raw materials to prevent a shortage of this essential metal.

Iron contributes to normal energy metabolism, plays a role in the process of cell division, and contributes to the reduction of tiredness and fatigue, in addition to the normal transport of oxygen in the body.

However, it should be noted that kale iron is in a chemical form called “non-heme”, which is less available than that adopted by animal-derived iron (heme iron). 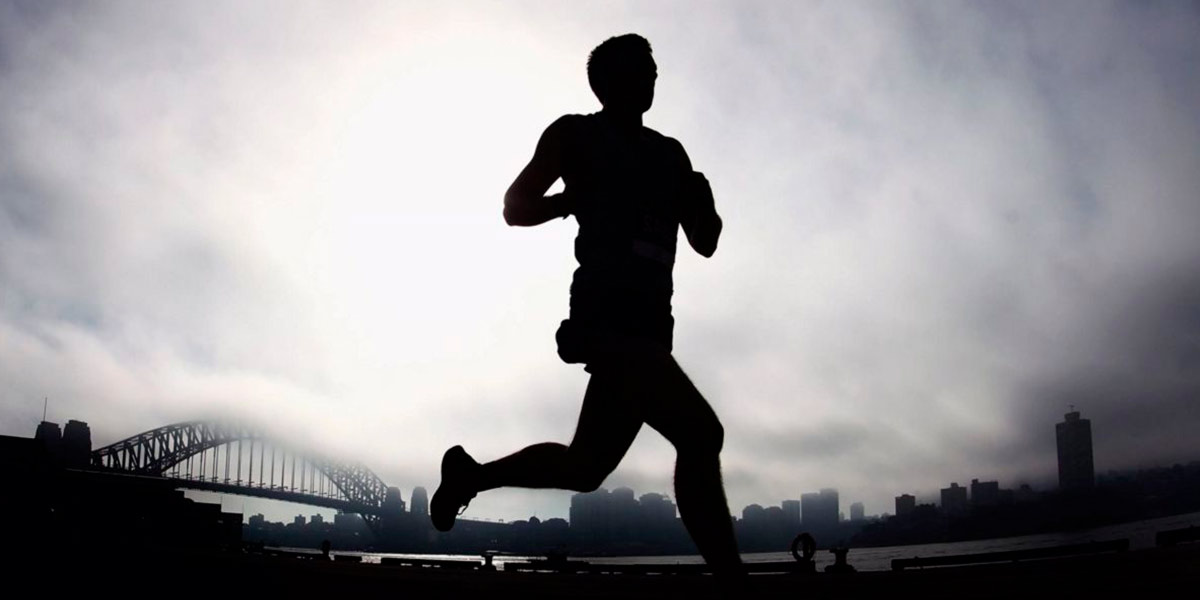 Although this is a slight drawback, it can be compensated by accompanying its consumption with an acidic food, e.g. vitamin C, which increases iron absorption.

If we look at it in terms of nutritional density, kale has more than twice as much iron per kilocalorie as, for example, beef (for every 100kcal, beef contributes 1.3mg and kale 3mg).

Its high potassium levels are of great nutritional interest, as potassium contributes to the maintenance of normal blood pressure.

As such, kale is a great source of this nutrient.

And let’s complete this exploration of kale’s richness in minerals by looking at a trace element (no longer a macromineral) that is found in considerable quantities in this green vegetable: boron.

6. It’s a source of fibre and low-calorie proteins

Its richness in fibre and protein and its low energy content make it a highly recommended food for weight loss diets.

7. You can use it in your recipes

Kale is a very versatile vegetable – it can be used in a multitude of recipes thanks to its flavour, texture, integrity and resistance to temperature, making it a multifunctional food.

Although undoubtedly, the maintenance of its nutritional properties, and its main chemical constituents, is highly dependent on the type of cooking. 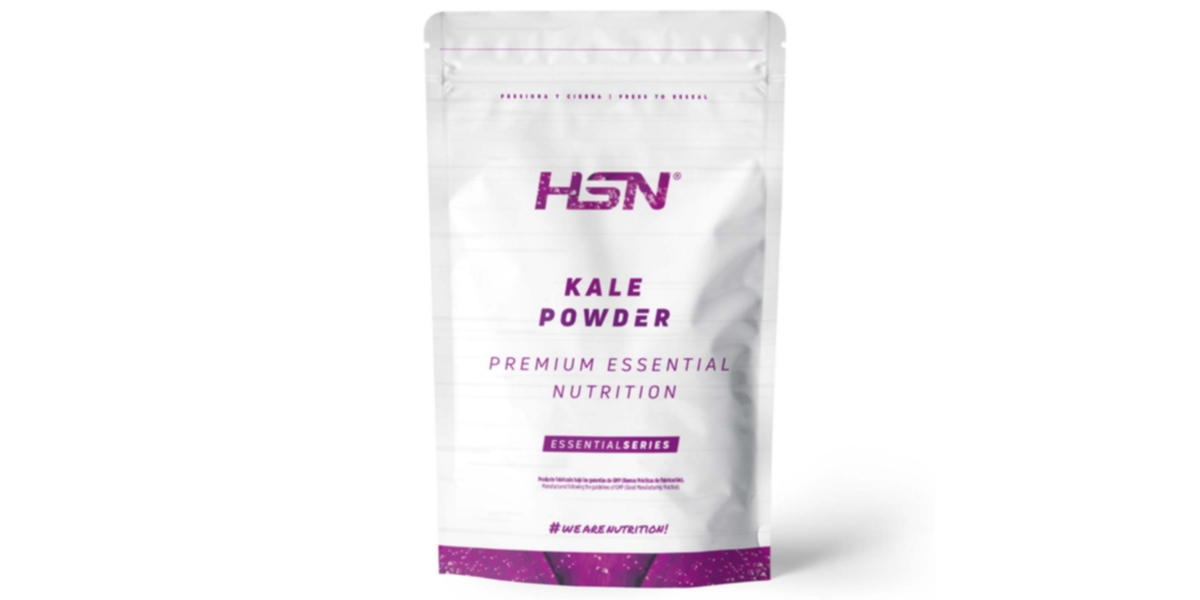 8. It helps you eat your 5 portions of fruits and vegetables

Kale is a food that makes it very easy to improve your eating habits and start increasing your consumption of vegetables in the diet.

A diet that, currently in the West, is full of ultra-processed foods with little nutritional diversity and high energy value, one of the causes of the increase in obesity.

You can make juices with kale for the whole family, including your children, helping them get used to consuming vegetables in their day to day; a nutritional education practice that they’ll appreciate in the future.

It would be no exaggeration to say that one of the greatest benefits obtained from eating kale regularly is to take better advantage of its nutritional composition.

If we consider that one of the primary benefits is the presence of essential fatty acids, Kale is a real superfood. 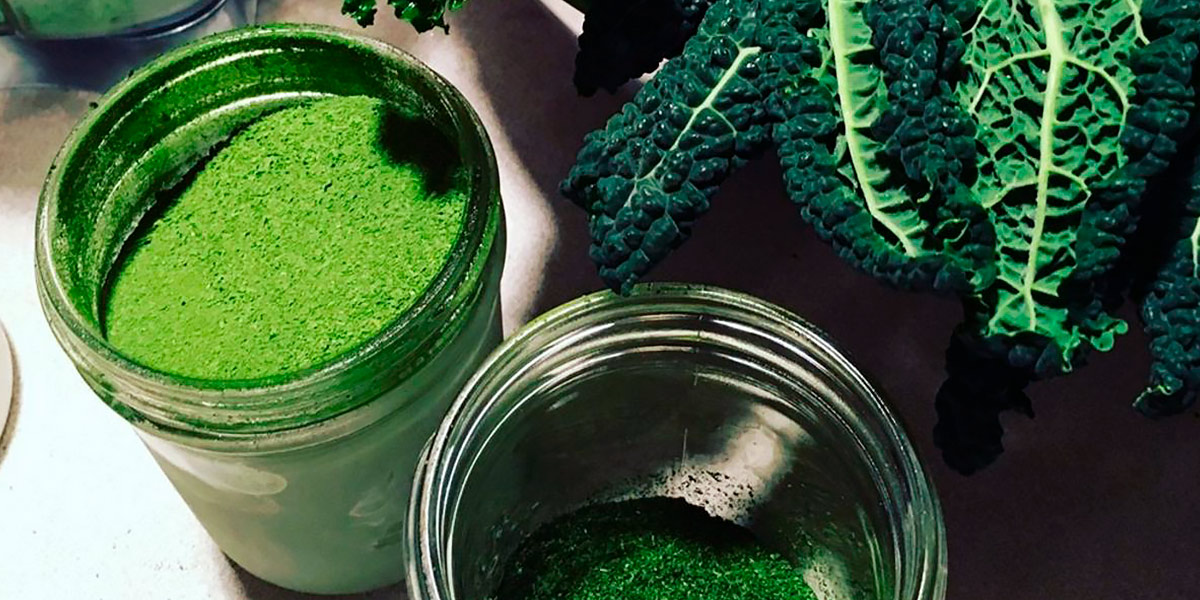 In its composition is an omega-3-omega-6 ratio of 1.1:1, which makes it a counterweight to the regular consumption of foods loaded with vegetable oil, in which omega-6s predominate.

What are the benefits of Curly Kale?

The benefits of Kale are primarily derived from the nutritional composition of its leaves.

The protein it contains contribute to muscle mass gain, with its concentration of vitamins and minerals as a source of them.

Another benefit of Kale is its mild taste, making it an ideal food for those who have more trouble consuming vegetables in their diet.

Kale can be combined with dairy or plant milks to make deliciously creamy shakes, perfect as a snack or part of a balanced meal.

According to USDA records, raw Kale leaves contain measurable amounts of almost all vitamins, both water-soluble and fat-soluble:

Kale is especially rich in Vitamin K (phylloquinone), and the dried version of Kale is high in all quantifiable vitamins.

Why is Kale considered a Superfood?

Kale is a superfood.

This is a statement that you’ll find written everywhere. Is it true? Yes and no.

“Superfood” is not a legislated term, i.e. what determines whether food is a “superfood” or not? Kale is known as a superfood because of its characteristics:

Kale is a superfood because it provides many nutrients that are not normally present in such quantities in other foods, with calorie characteristics that also make its adaptation to any diet very simple.

How do you eat Kale?

Kale can be eaten in multiple ways:

Undoubtedly one of the most versatile ways to cook with Kale and take it in a simple way in the form of smoothies is to use kale powder, as its concentration in nutrients is greater thanks to the increase in density (quantity per unit volume) and the less aggressive treatment than a home-cooking of the leaves. 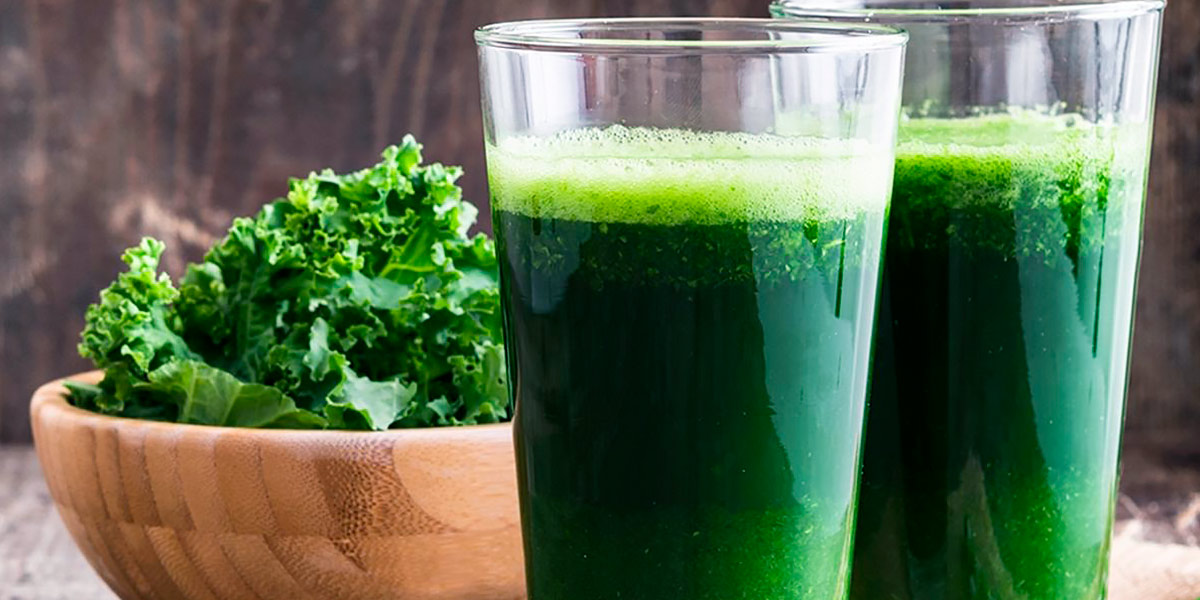 Virtually everyone can eat Kale.

Kale belongs to the cruciferous family, which makes it a flatulent vegetable

So, people who are highly susceptible to nutrient malabsorption and gas development after meals should limit their consumption of kale at first, and gradually increase it depending on their development of tolerance and adaptation.

Kale is high in FODMAPS, so people who have nonspecific symptoms of Irritable Bowel Syndrome (IBS), Crohn’s disease, diverticulitis, or any other gastrointestinal condition should check with their doctor before starting to eat large amounts of Kale leaves in their daily diet.

Kale allergy is rare and the cause of it has not yet been precisely determined, although there are reports of specific cases where Kale has produced immune reactions resulting from a legitimate allergy.

If this is the first time you eat kale, just try a small amount and wait 15 minutes to check your tolerance. 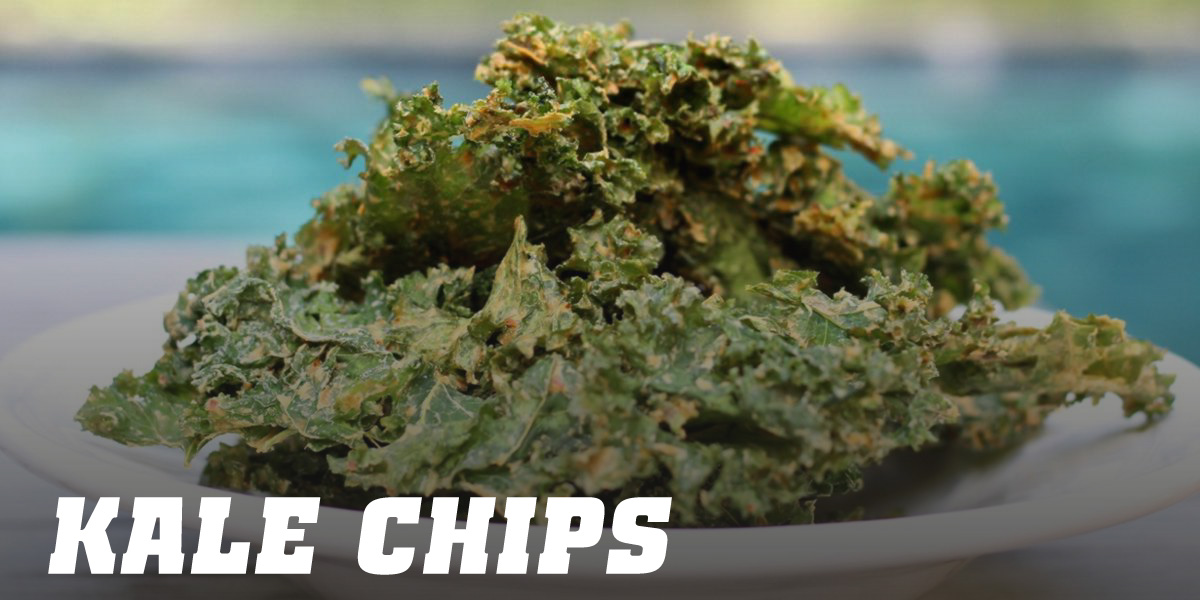 How to make: Kale Chips

A specialist in Pathophysiology and biomolecular effects on nutrition and sportive activity who will show you the elaborate world of sports nutrition in his articles, employing a simple and critical writing.
Previous Foods Rich in Magnesium
Next Egg Protein – A great source of nutrients
Related Articles