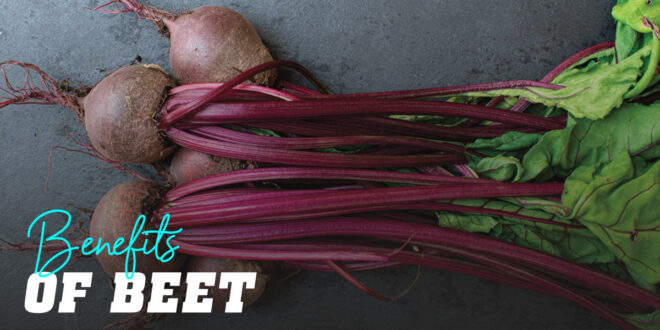 Do you know the benefits of beetroot? We reveal everything you need to know about this fantastic food.

Native to the Mediterranean region, belongs to the same family as chard and spinach and has been grown as food for centuries. Beetroot leaves are eaten as a salad green, and the primary roots tend to be either boiled in put in brine.

Contains a variety of important nutrients and is known for having a number of benefits for overall health.

Several scientific studies have shown to have blood cholesterol lowering properties and found it improves sports performance and tension thanks to its vasodilation effect.

What is beetroot good for?

Beetroot is a vegetable with a great nutritional composition and that’s received a lot of attention in recent years for its ability to dilate blood vessels, which can lead to:

These benefits can give us that extra second or rep we need to keep improving and performing at our best. 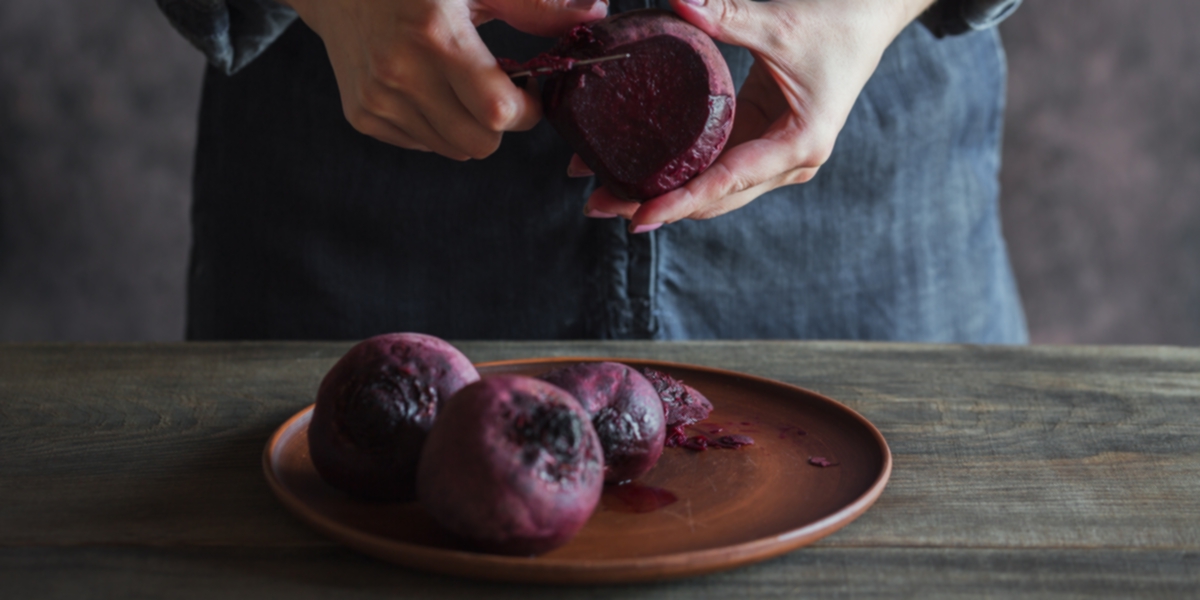 What are the benefits?

In cross-country/endurance sports, nitrates from foods like beetroot have a well-established ergogenic effect by increasing the time it takes to tire and reducing muscle fatigue.

And it’s not just sports performance, has beneficial effects on our overall health too:

Provides 18 vitamins and minerals. In ½ a cup of cooked beetroot (only 37 calories), you get:

Beetroot is also an excellent source of magnesium, which helps to reduce tiredness and fatigue. 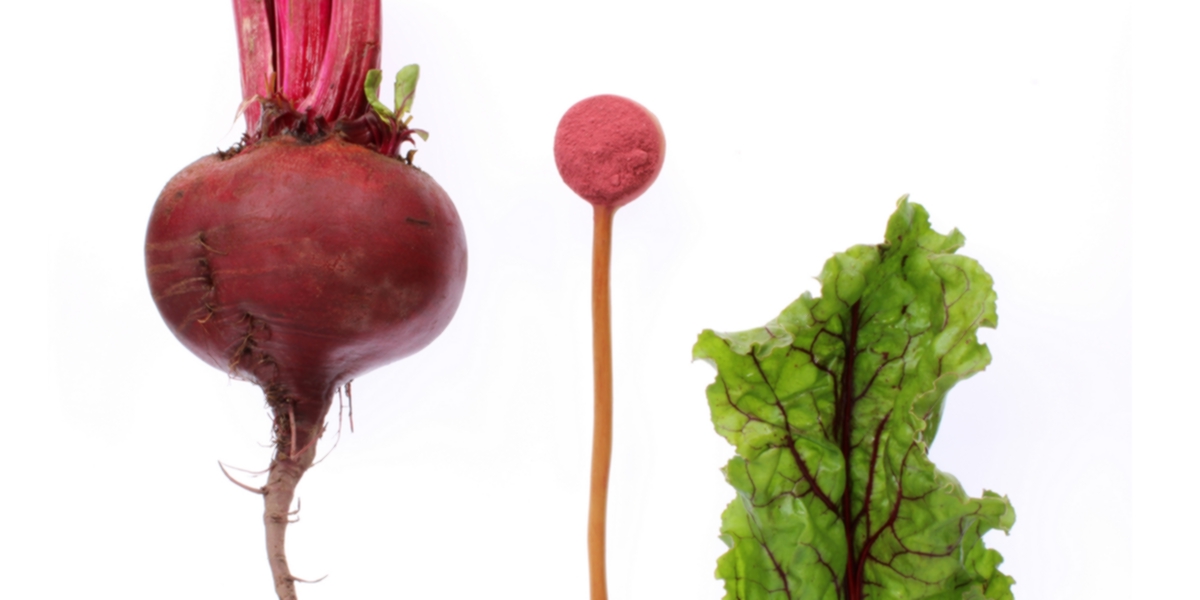 Including beetroot and other vegetables in your diet instead of high-calorie alternatives can prevent weight gain.

Beetroots also have the highest nutritional content of inorganic nitrates amongst vegetables:

Other foods rich in nitrates include spinach, carrot and red cabbage, although is still the queen of nitrates.

Enjoy the infinite benefits of beetroot!

Let’s look at a few studies on juice and endurance sports:

Buck et al examined the effect of 6 days of supplementation with 6.4 mmol of Nitrates in the form of beetroot juice or sodium phosphate (50 mg/kg lean mass) on performance in a test consisting of six sets of 20m sprints with 25 second rests between sets.

In this case, the beetroot group didn’t show significant improvements (1).

In another study, 600mg of nitrates given 2 hours before 500m of Kayak rowing did not significantly improve performance for trained athletes (2).

To give you some context, the first and last place in the 2008 Beijing Olympics were separated by 1.47” in the men’s 500m competition.

Amateur cyclists at a simulated altitude of 2500m observed a 16.1 km improvement in a time-adjusted test.

In addition to a decrease in VO2 MAX after the intake of beetroot juice providing around 310mg of nitrate (3).

CrossFitters supplemented with 8 mmol of NO3 showed improved performance in a 30″cycloergometer test (4).

Not all studies show positive results, it all depended on the protocol used

In most studies, appeared to have a favourable effect on submaximal effort with periods of at least 15-30 seconds of rest, given the potential effect of maximising phosphocreatine resynthesis. 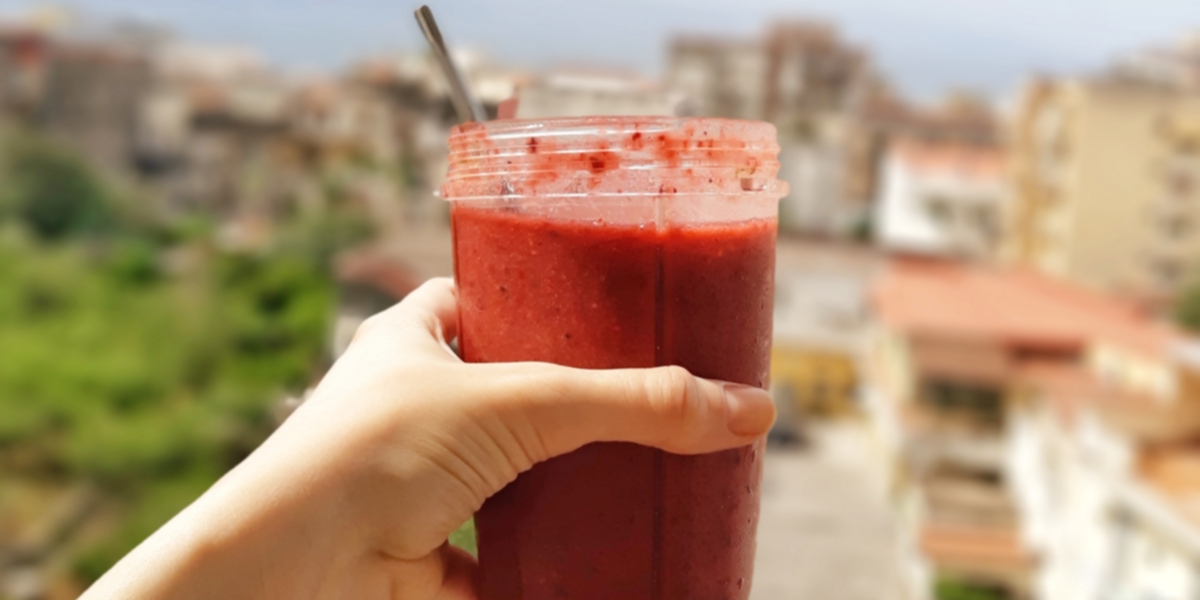 This would be, at least a priori, quite useful in most CrossFit WODs, where maximum efforts are interspersed with breaks of a few seconds.

Another study by Clifford et al. This one evaluated the effect of a single intake of juice on performance in a test consisting of 20 sets of 30m sprints, with 30″ rest between sets.

The results of the study didn’t find any ergogenic effects fromsupplementation (5).

The final study we look at was by Aucouturier et al. They investigated the effects of beetroot juice (6.4 mmol NO3) in sets of 15‘’ work and 30’’ rest on a cycle ergometer, up to fatigue (6).

They found improved tolerance to this type of high intensity testing and interestingly, an increased concentration of red blood cells in the muscle, with no change in blood pressure in the femoral artery flow.

The VO2 MAX was unchanged in the placebo group.

Something worth mentioning is that the peak of plasma nitrates occurs 2-3 hours after ingestion, meaning supplementation is recommended 150-180 minutes before the effort.

Some studies have also found a synergistic effect in the field of high intensity and interval (CrossFit), endurance and strength training when accompanied by sodium phosphate, caffeine or creatine nitrates, respectively.

Can have a positive effect on cholesterol (lowering LDL or bad cholesterol and increasing HDL or good cholesterol) thanks to the nutrients it contains.

Is one of the best natural products for lowering cholesterol.

It contains a high amount of fibre, which is beneficial to the diet for several reasons: producing a satiating effect, preventing overeating, keeping the digestive system running smoothly, which prevents accumulation in the colon, helping raise HDL cholesterol and reduce LDL cholesterol levels.

Several studies have shown that the fibre found in beetoot has the ability to reduce triglyceride levels, as well as LDL levels.

Folate is a member of the B group vitamin family and is known for its role in forming new blood cells and preventing anaemia.

The National Institute of Health reports that folate can also help fight cancer, heart disease and inflammatory diseases. 1/2 a cup of sliced beet contains 17 percent of the RDA of folic acid, and a serving of beetroot leaves contains another 5 percent. 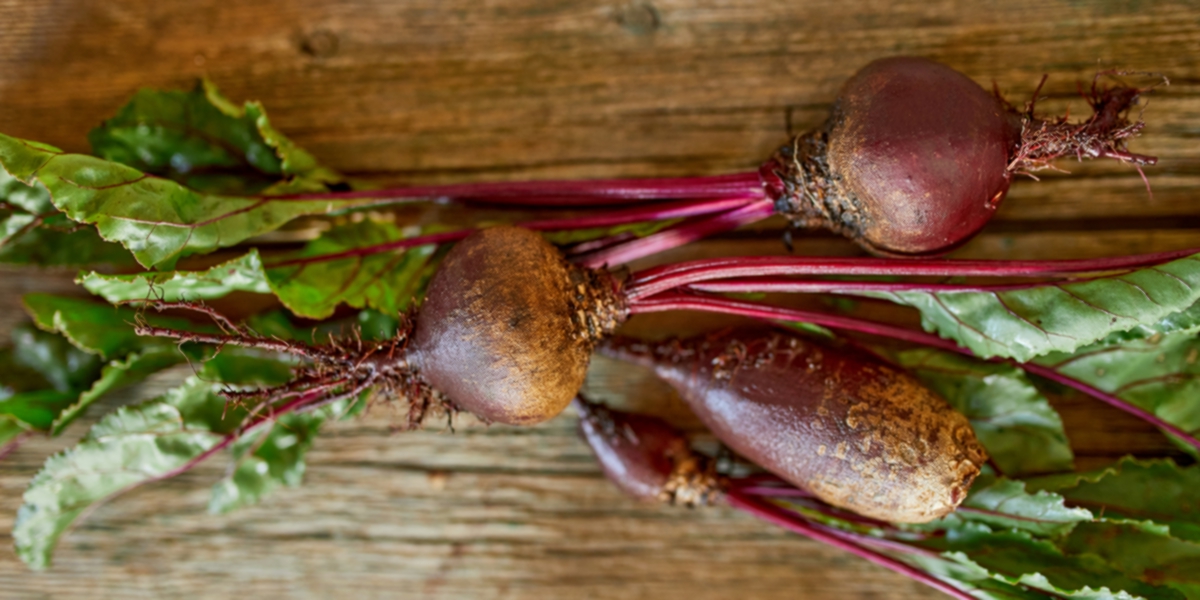 Folate reduces LDL cholesterol and significantly increases HDL cholesterol. As a water-soluble vitamin, folic acid is not stored in the body and must be replenished daily.

Eating beetroot and its leaves is a sure-fire way to improve your folate levels.

Contains a good amount of niacin, another member of the B group vitamin family, which is proven to increase HDL levels, according to the University of Maryland Medical Center.

Niacin, or vitamin B3, not only lowers triglyceride and LDL levels, but also raises HDL levels more effectively than some medications.

Once again, the leaves are included, as they have a higher niacin content than the beetroot itself.

Manganese is an essential mineral, but less well known. The National Institute of Health reports that manganese helps build and maintain strong bones and prevents anaemia.

One of its lesser known functions is to metabolise cholesterol in the body.

What’s the best way to consume?

The most common ways to consume is in its pickled form, fresh or in juices, the latter being the best way to take advantage of its benefits as it allows you to consume a high amount without generating as much satiety. But…

What if there was a better way?

It exists! Beetroot extract is a more concentrated form, meaning for every mg (or gram) you consume, you’re ingesting up to 15 times more!

evopump powder is our star product made with beet extract powder. It’s 15 times more concentrated and has a guaranteed nitrate content, making up a whole 10%.

A daily dose of Evopump provides the 600mg of nitrates suggested by science as the most effective dose to improve sports performance and health.

If you still prefer just pure beetroot, you can buy our beetroot powder, made from 100% beetroot, ideal for conveniently and efficiently making your juices for sports performance.

Beetroot in the kitchen

Beetroot can be used in a multitude of ways, but cooked is the most popular.

It’s excellent for adding to recipes. 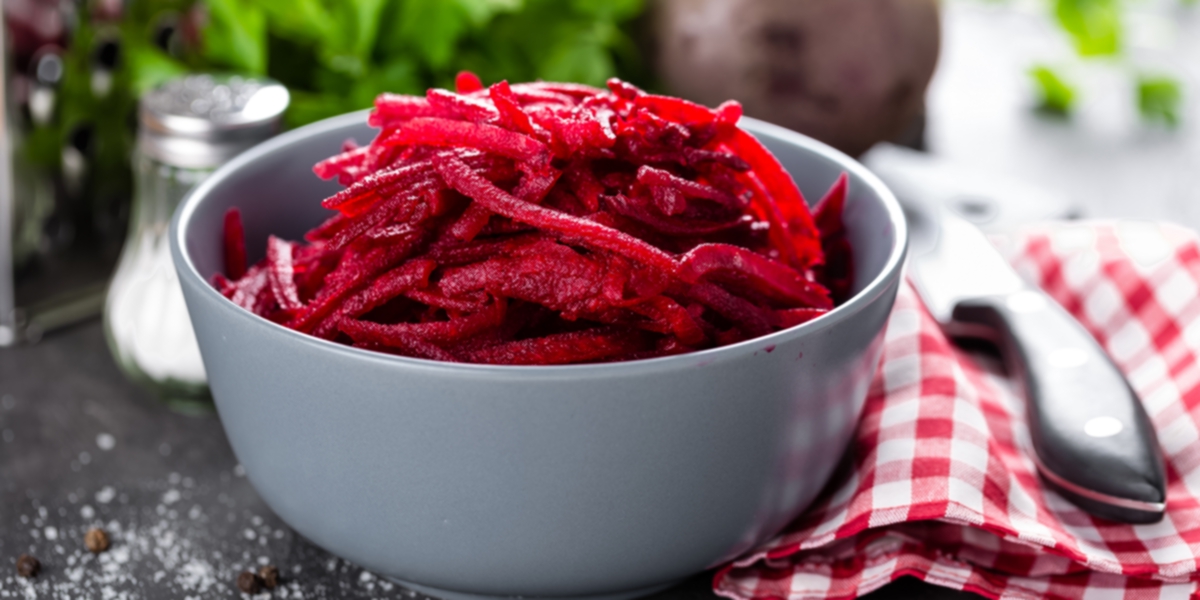 In fact, you can even buy cooked or pickled beetroot preserves, all ready to add colour and flavour to your dishes.

Bear in mind, however, that when beetroot is cooked for preserving, it can cause it to lose some of its nutritional properties.

We recommend using properly treated, such as natural beetroot or beetroot powder, which is 100% pure.

Did you know you can make a fantastic Borsch beetroot soup recipe with our beetroot powder?

This soup is usually served with a spoonful of sour cream or Greek yoghurt on top (optional). It can be eaten both hot and cold.

We’ve filled a shopping basket with all the ingredients for you.

Beetroot has no contraindications for healthy people at normal levels.

The amount needed to obtain the beneficial effects is well tolerated, with no data claiming health risks.

The only people who should exert some control over the consumption of large quantities of beetroot (we’re talking about more than about 1kg per week) are kidney patients with calcium oxalate stones in the kidney.

Hypotensive people should be wary of consuming large quantities of beetroot all at once (especially when taken in juice form because of its rapid absorption), or supplements with large amounts of nitrates, as due to its vasodilator effect (which is what improves sporting performance and health), it can lower blood pressure.

It’s a common mistake to think beetroot is fattening.

This is usually put down to its sugar content. But remember, is still a vegetable, and although it has more sugars than others, it’s still low and suitable for weight loss diets. Eat your beets without worries!

Does beetroot improve hair and skin? 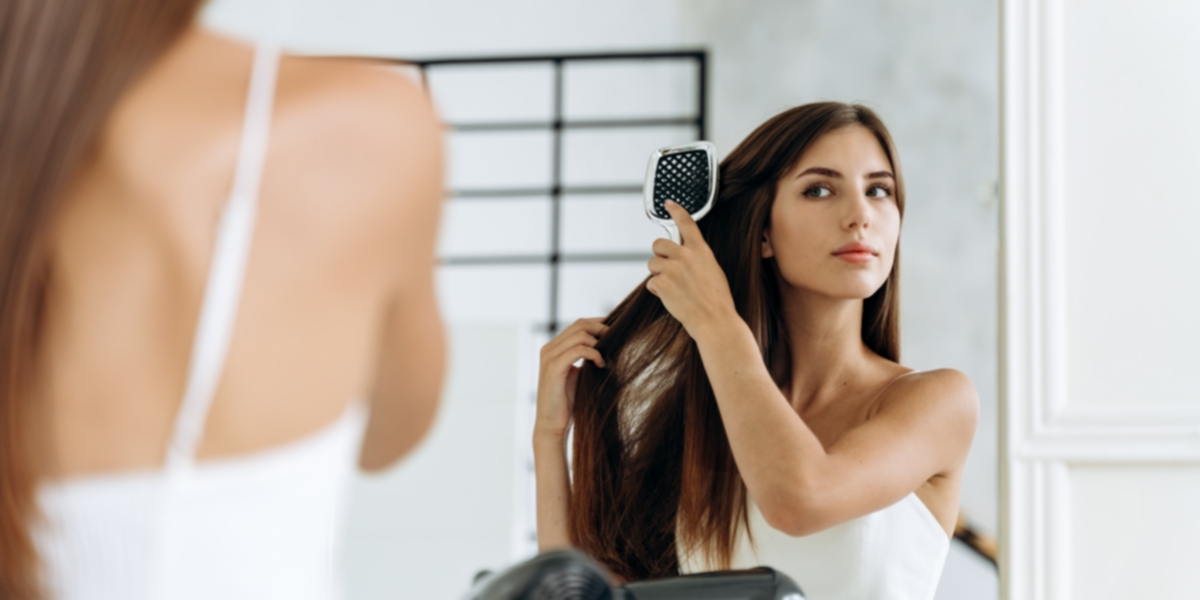 And another rejuvenating feature of beetroot is its silicon content, which is incredibly important for good health.

Beetroot, especially raw, can cause gas and constipation. To avoid this, it’s always best to cook it, even if you’re making a juice, unless you’re using HSN’s FoodSeries product, which has been treated in such a way that all you need to do is dissolve it in water and drink.

It couldn’t be easier!

He is a specialist in metabolic physiopathology training and in the biomolecular effects of food and physical exercise.
Previous Hip Mobility Exercises
Next What is the Reverse Diet?
Related Articles