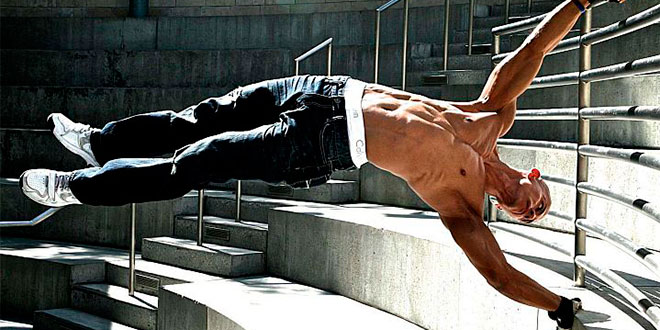 Melanie Ramos 8 min. of reading For Vegans Leave a comment

Fitness diets which are specially designed to increase the muscle mass seem to be strictly linked to a meal of chicken with rice and to an egg white omelette. Eating products of animal origin like chicken, turkey, eggs, meat or tune seems to be so indispensable to gain muscle and be successful in sports that there are barely any alternatives that do not include such foods

This unique standpoint in diet to gain muscle contrasts with many real cases of athletes and bodybuilders who have followed vegan diets for a very long time, without eating animals, and who have achieved a lot of success and important positions in the world of sports.

In this article, we are going to show you some of the key notions to follow a diet with vegetables and to bust some myths such as how vegan diets are not compatible with sport or bodybuilding, which report deficiencies or that it is necessary to use steroids to grow and stay strong while following this type of diet.

What is a vegan diet?

If we want to start to describe what a vegan diet is, we should not mix it with a vegetarian diet or other variants. A vegan diet consists in a diet made up from products that do not come from animals. Unlike vegetarians who do not eat animals, vegan refuse to eat any product that has been derived or produced from animals, such as eggs, dairy products, or honey.

Thus, those who follow a vegan diet eat all kinds of vegetables, legumes, fruit, nuts, seeds, cereals, algae and other foods that do not come from animals.

Patrick Baboumian is a German bodybuilder who was awarded the strongest man of Germany in 2011. Baboumian only eats products from vegetables. Like him, many other bodybuilders, athletes and sportspeople have proven that the myths surrounding this type of diet do not reflect what is truly real. 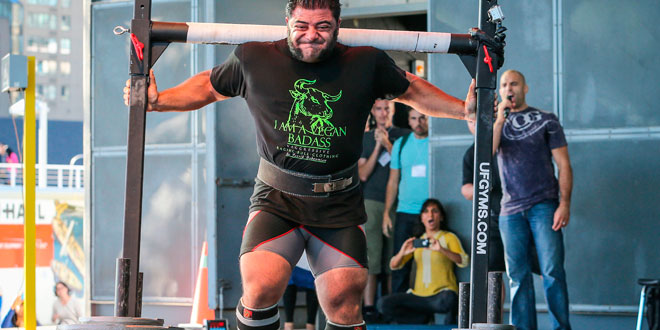 The athlete Carl Lewis, who went vegan in 1990, achieved the 100 meters record during the World Championship in Tokyo in 1991 and he claimed that it has been the best competition year since he started to follow a vegan diet. The famous calisthenic athlete Frank Medrano has not eaten animal products in years.

Bare Yasso, an icon in the world of running, is also vegan, like Scott Jurek who is one of the greatest ultra-marathon runners of all time. Brena Brazier also follows a vegan diet, like the bodybuilder Robert Cheeke,, among many others.

So it seems that we could say that you can compete in high performance sports while just eating foods of vegetable origin. 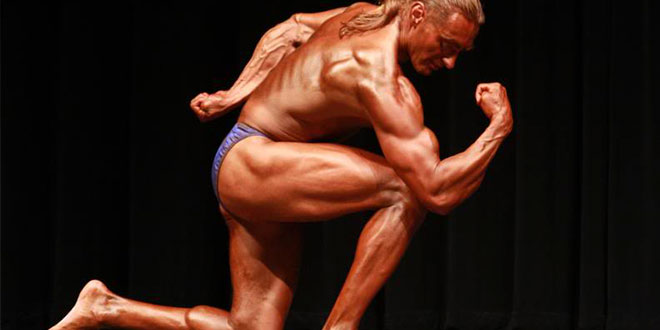 However, it is not that easy and like in all diets, the planning has to be extremely accurate, specially when it comes to the intake of proteins, which tends to be an aspect that is criticized in this type of diet

How can I get proteins in a vegan diet?

A common misconception is that vegans do not eat enough protein. For a bodybuilder and an athlete, the amount of protein they consume can result in their success or failure. But, does this mean that we need to eat products from animals in order to achieve what we want? Of course not! There are many vegetable products that have a great amount of proteins. You just need to know which are the best ones for you.

Soy, quinoa or amaranth are three protein vegetables that have all the essential amino acids that our body needs to perform several physiological functions. Moreover, soy can provide even more proteins than meat (100g of soy have 36g of proteins while 100g of beef only have 20g).

Even though there are many vegetable sources of complete proteins, most vegetables do not contain all the essential amino acids. However, this can be easily solved by knowing how to combine foods to obtain a complete protein or with a high biological value. 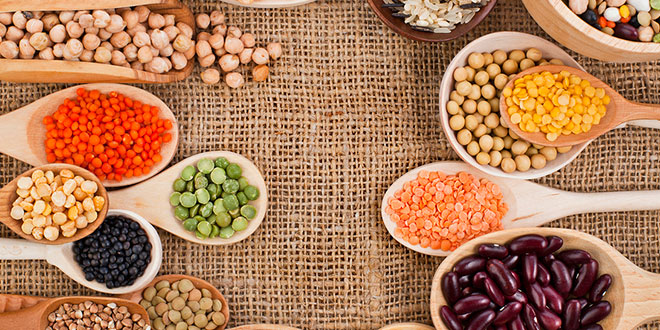 Moreover, it is not necessary to make the same combinations. Eating them throughout the whole day should be enough.

Supplementation in a vegan diet

Supplementation is another way of meeting all the requirements of amino acids, vitamins and minerals. Getting all the necessary amino acids is important in any diet, not just vegan ones. Using vegetable protein supplements will help us ensure a proper intake of nutrients and meet the necessary amounts according to our weight and objectives.

Nevertheless, a properly planned diet should not cause deficiencies, either if it is omnivore or vegan. Consuming proteins in vegan diets is important for athletes, even though the rest of nutrients are also important and specially some like Vitamin B12, calcium, iron, omega-3, zinc, iodine or vitamin D.

The best thing to do is to consult a dietist or nutritionist that will advice you and control your progress in order to avoid any deficiency and to eat as best as you can.

Last but not least, it is worth mentioning how there is scientific evidence that supports a vegan diet and its benefits for health in terms of preventing diseases like hypertension or diabetes, which means that it is completely safe as long as we meet the nutritional requirements.

As we have seen throughout the article, someone who follows a vegan diet, or any kind of diet for that matter, can gain muscle mass as long as we do two things:

Training is obviously important within this framework, specially if we want to increase our muscle mass. There are routines which are more focused on this aspect, like the ones aimed at hypertrophy, although we can also include the strength, with all their benefits

We will deal with the first point a little bit more:

This involves eating more calories than what our body spends, we will have to take several factors into account:

There are several formulas to calculate the basal metabolism in order to get an approximate value. One of them has been frequently cited in different articles from the blog, we are talking about the one by Harris Benedict.

Regarding the TEA, we can have a more or less accurate idea about how Caloric. Regarding TEF, we can add a 10% of the total value that we get.

The key element, apart from eating calories, is the Daily Amount of Proteins that we eat from the diet and, in this case, from a vegan diet. Non-vegan diets usually have quality proteins more “easily” available since no source of animal origin lacks any essential amino acid. But when we deal with vegan protein sources, it is necessary to make “protein combinations” in order to increase the aminogram content to obtain a Complete Protein (including essential amino acids).

Sources of proteins for a vegan diet

We will need to plan a diet that will have enough amount of proteins (between 1.8-2.5g depending on the phase and objective) from the following sources, which are the most common ones:

A very good choice would be using peanut butter as an excellent energy supply, completing a nutrients profile that is rich in polyunsaturated fats, vitamins, minerals, and obviously, vegetable proteins.

The following graphic gathers the main sources of proteins for a vegan diet, which are the limiting amino acids and how can we combine them to obtain a complete protein like that of animal origin: 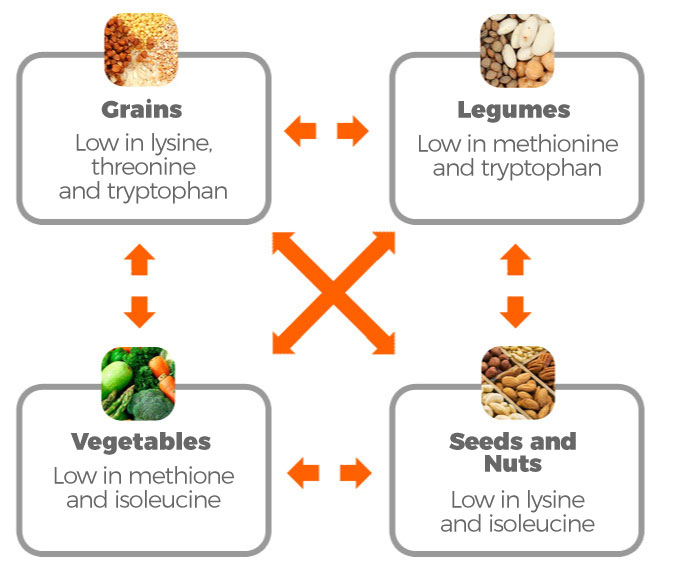 Melanie Ramos uses the HSN Blog to share the latest information and content, so that all those readers who want to learn.
Previous How many calories do you need to build muscle?
Next Lutein – What is it, its uses and how it supports your ocular health
Related Articles 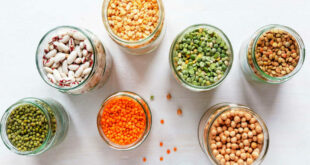 Protein for vegetarians and vegans
7 min. of reading 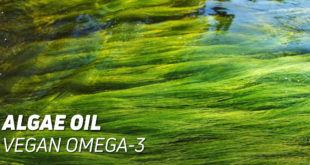 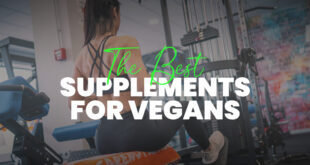