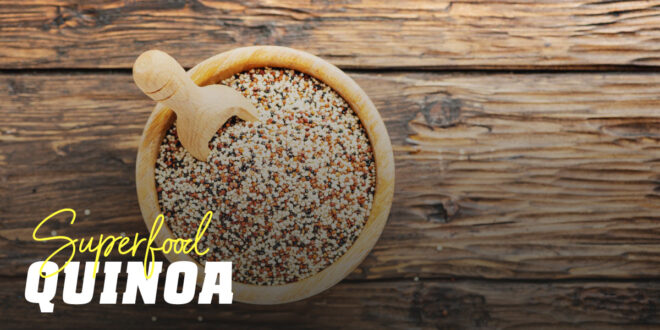 Quinoa: What is it, Properties, Benefits and Recipes

Quinoa is a great food with a High Nutritional Value. More and more people, specially those who follow a healthy lifestyle, are starting to add this product to their diets. It provides excellent results, both in terms of physical performance and at an esthetic level. Moreover, it is incredibly versatile when it comes to cooking

Quinoa, even though it is considered a pseudocereal, is a seed native to the Andes. It is known for being an excellent vegetable proteins and for having many properties for our health. This product has more protein than any other cereal, which is why it is so valuable for vegetarians and vegans. In addition, it is a carbohydrate source with a high protein content. 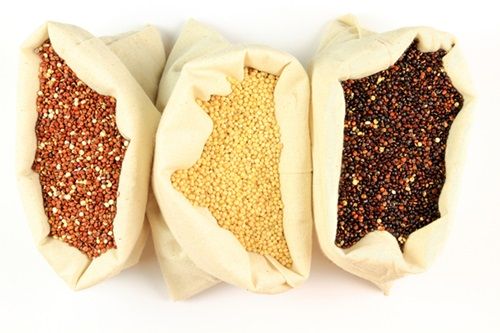 The FAO decided that 2013 was the international year of quinoa. This is due to it is a plant with many properties, multiple uses and it is a potential alternative to eradicate famine in the world

It is not exactly a cereal, since it belongs to the family of products such as chard, beet root and spinach. Although it is mainly used as a cereal (like rice), to make bread and pasta and to replace other cereals. Moreover, it does not have gluten, which is something that we will develop later on.

For thousands of years, it was a core ingredient in the diet of Andean people. Quinoa was eaten together with more common products such as tomatoes, corn or kidney beans. However, with the arrival of the European colonizers, its use was forbidden due to superstitious beliefs. This situation did not change until it became the focus of prestigious north american studies. They proved its excellent ability to grow in hostile climates, which are common in the Andes, as well as its abundant harvest.

It is genetically related to conventional vegetables like spinach and chard, since they all belong to the chenopodiaceae family. But, in terms of its chemical and nutritional composition, as well as its use, it is closely related to cereals as well.

There are several varieties cultivated which differ in color, inflorescence, nutritional value and demands in terms of soil and climate. Said cultivation is mainly located in South America, mainly in Bolivia, Peru, Colombia, Ecuador, Argentina and Chile. These countries are the main quinoa producers worldwide.

One of the peculiarities of cultivating quinoa is that it lacks pesticides and all kinds of chemical substances. This is due to the fact that it is a very sensitive plant and said products can even kill it.

Quinoa has properties that any other cereal can compete against. Even though quinoa may look like a cereal at first glance, it is in fact a seed. It belongs to the same family as spinach or beet root. Moreover, it contains the 9 essential amino acids for the protein synthesis.

Most cereals are not complete proteins. This means that they lack some of the essential amino acids that the body needs to create proteins. They usually lack lysine. This is the reason why vegetarians need to combine rice, cereals and legumes to build a complete aminogram.

Quinoa proteins have a high biological value due to its lysine and methionine amino acid content. Cereals tend to lack the first one and legumes the second one. This means that quinoa has the ability to compensate for certain deficiencies caused by these two products. The protein content in quinoa is higher than 15%, which is twice as the one in rice, for example.

In terms of vitamins and minerals, quinoa is has a high complex B vitamins content, mainly thiamine and riboflavin, as well as tocopherols and ascorbic acid. It also has an excellent mineral profile including phosphorus, potassium, magnesium and calcium. When compared to other cereals, it also stands out in its trace element supply, exceeding the recommended daily amounts.

If we talk about its fat supply, around a 50% comes from omega 3 (Alpha Linolenic Acid) and Omega-6 (Linoleic Acid). Moreover, said essential fatty acids are preserved perfectly thanks to its vitamin E content, which works as a natural antioxidant

Regarding fiber, it is made up by a 15% of this ingredient. On top of that, it is inaccessible to microbial fermentation due to the fact that it is an non-soluble seed.

The low glycemic index from quinoa has been studied in many different ways. One of them studied the effects of eating quinoa bread every day (with 20g of quinoa flour) on the CVD markers when compared to 100% refined wheat bread.

37 overweight healthy men (35-70 years, body mass index> 25 kg / m²) complete 4 weeks, separated by a cleansing period of 4 weeks. There were blood tests at the beginning and at the end of each period. A constant glucose monitorization was done at the end of each intervention period. After 4 weeks, the glycemia and low density lipoprotein cholesterol (LDL) were significantly lower. One of the reasons was the fiber content of quinoa.

All the parts of the quinoa plant have some medicinal use. The leaves, stems and grains share the following properties and effects: wound healing, anti-inflammatory, analgesic, disinfectant, bone growth stimulant, anti-hemorrhagic and even insect repellent.

Starch and non-soluble fiber create viscous protective layers during inflammatory processes in the gums, mouth, stomach or bowel. It also has an antibiotic and anti-fungal effect thanks to its saponin content.

Benefits of Quinoa for sport

The benefits of quinoa for athletes are similar to that of oats due to the high mineral, carb and protein content. These nutrients improve our muscles’ resistance during workouts and competitions, as well as the muscle recovery. We suggest eating more quinoa because it is a good protein and energy source at the same time. Quinoa can be eaten for breakfast (flakes), lunch or dinner.

Do you want to purchase natural Quinoa products? You have in our online HSN store at the best price

The purpose of new food trends is to get as close to a natural diet as possible. Eating quinoa is very versatile, in fact, it can be used in any of our meals. Before using it though, you have to wash it to remove the saponin glaze that has a bitter flavor.

To cook it, use 3:1 of water and grain. Boil it at medium heat for fifteen minutes until the grain becomes transparent and becomes twice as bigger.

Apart from the grain, the soft leaves can be eaten like a veggie which has a high protein content.

There are endless possibilities when it comes to cooking this product; you can make a warm and fresh salad, a quinoa and chicken salad, quinoa soup with clams, quinoa salad with green asparagus, goat cheese, black olives and dry tomatos, or the famous Pesque, made with boiled quinoa grains without salt with milk or grated cheese. 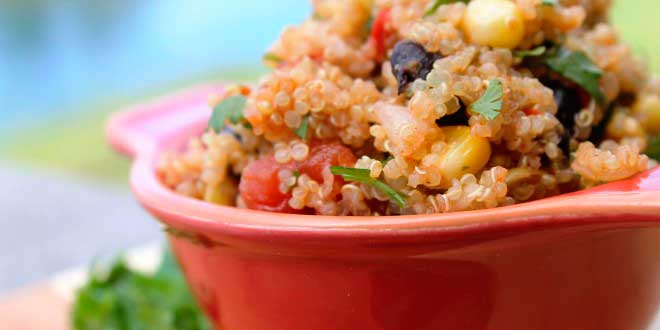 Who can benefit from Quinoa

We could say that it is a very good product for anyone. Nevertheless, we will mention a couple of situations when it can be specially beneficial.

Quinoa is gluten free, which means that it is suitable for those who suffer celiac diseases which compensates for many of their dietary restrictions. Their low glycemic index is compatible with diets for diabetic people, since it basically has starch, which have a slow metabolism, preventing any sudden glycemia alterations.

The Omega 3 and 6 content, along with the fiber, keeps the cholesterol under control. The latter stimulates the bowel peristalsis by fighting against constipation while being useful in vegetarian diets due to its protein and iron content. 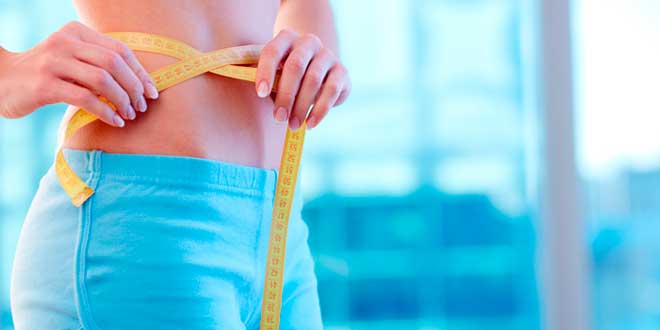 Quinoa is more effective to lose weight than wheat and rice, due to its satiating effect and non-soluble fiber. This feature also helps to transport cholesterol

How to cook Quinoa

Cooking quinoa is very similar to cooking rice, which sometimes can cause some confusion.

When it comes to cooking, you just have to boil a pot with water. Add 2 cups of water per cup of quinoa. Once the water is boiling, add the quinoa and cook it a medium heat for 15-20 minutes.

To know if it is cooked, check that it has released the white germ and that it is twice as bigger than before. Then, you just have to strain it and it will be ready for any dish.

The quinoa grains are sold already washed in dietary stores, as well as herbalist’s shops and delicatessen stores. If you want to preserve it, store it away from light, humidity and heat, preferably in hermetically closed recipients, prolonging their useful lifespan for several months

Salad with Quinoa and Chickpeas 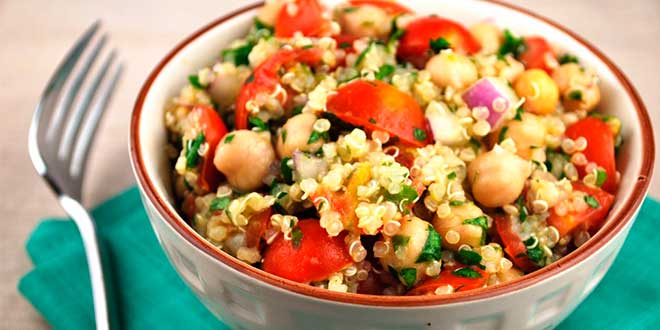 How to make: Quinoa and Chickpea Salad 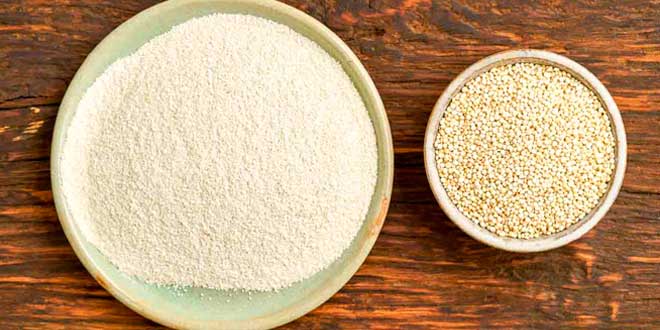 Making quinoa flour is very easy and it is so versatile. You can use it to cook pancakes, sponge cakes, bread, homemade pizza dough...

How to make: Quinoa Flour 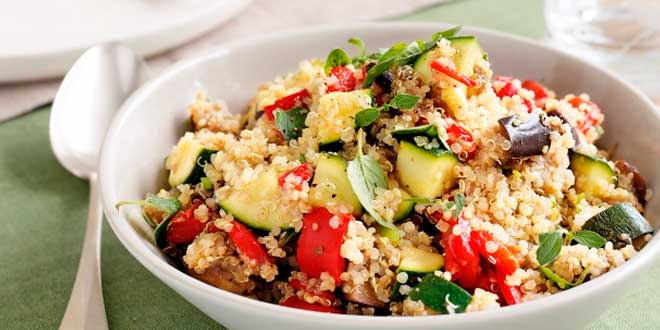 How to make: Quinoa with Veggies 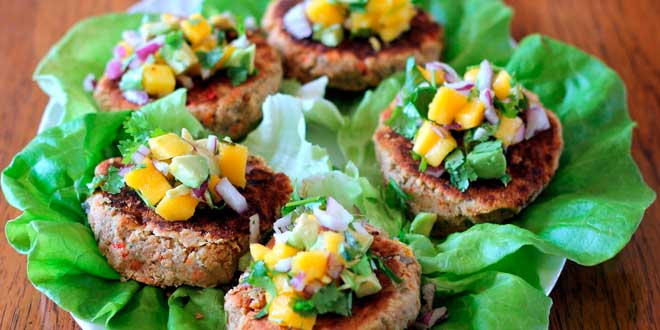 How to make: Vegan Quinoa Hamburger

This is a delicious pancake recipe for breakfast or an afternoon snack.

How to make: Quinoa and Oat Pancakes