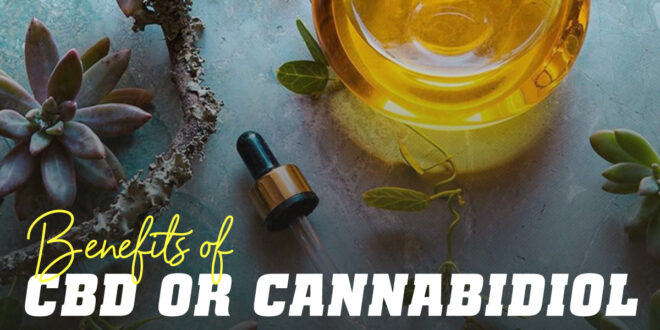 Benefits of CBD or Cannabidiol

Cannabidiol or CBD is an active ingredient present in the Cannabis sativa plant, without the psycho-stimulant effects that marijuana produces.

Relatively new to the field of supplements, potential positive health effects are being studied. Today we focus on looking at some of those.

Cannabidiol, commonly known as CBD, is a phytocannabinoid present in the plant Cannabis sativa, which is being studied for its interesting properties with pain modulation, decrease of muscle tone, improvement of anxiety, psychiatric disorders…

Cannabidiol is the “good brother” of THC (9-delta-tetrahydrocanabidiol), which is the active ingredient in marijuana to which its psychostimulant effects are attributed. 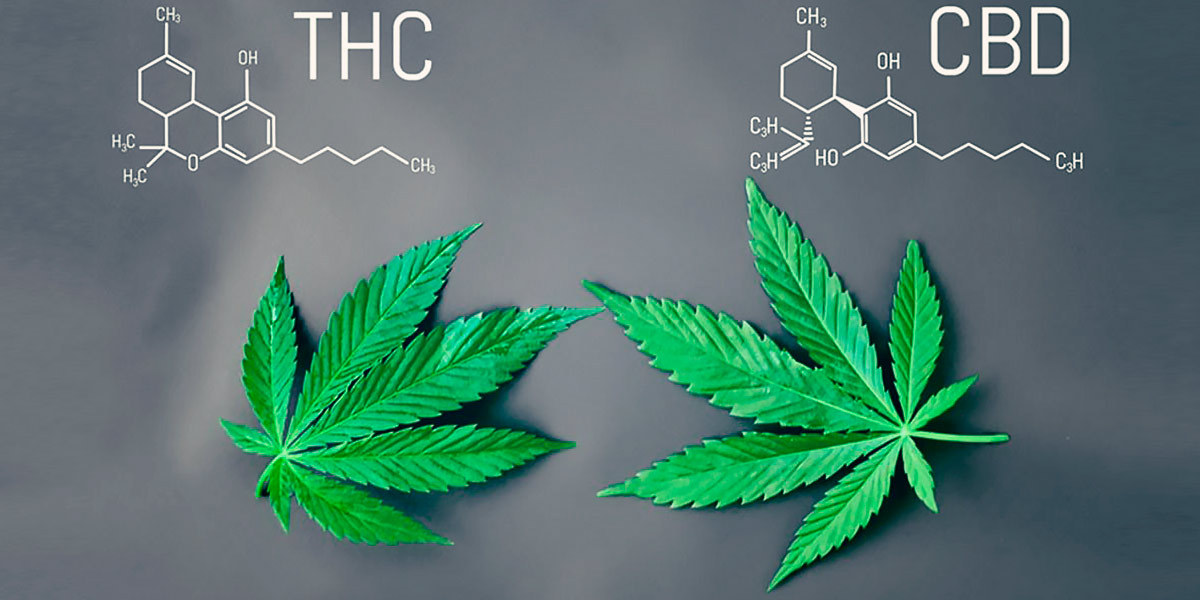 Graphic representation of the two cannabinoids most present in the Cannabis sativa plant, THC and CBD.

Is CBD a psychostimulant?

CBD is less well known than THC as marijuana has been widely used as an illicit drug for recreational use because of its ability to alter consciousness and perception.

CBD has no psychostimulant properties, so recreational users of this drug who were looking for the flowers with the highest THC density have never been very interested.

Therapeutic use of cannabis

Marijuana has been widely used in the clinical setting for its effects on the endocannabinoid system (the system in our body that reacts to cannabinoids).

Our own body produces agonists to the cannabinoid receptors (from now on CB1 and CB2).

We should therefore not consider phytocannabinoids or synthetic cannabinoids as “foreign” substances, as those that are already being commercialised have been tested on humans and are called “cannabinoids”, because they act through this system, one which we know everything about.

We know them very well, so their use is safe at the doses indicated by a health professional in each particular case.

Classification of existing cannabinoids into endogenous, phytic and synthetic.

The problem with THC, which is the main phytocannabinoid used in the clinic, is that its psychotropic effects limit the ability to use it as a protective agent because it produces adverse effects (nausea, vomiting, dizziness, depersonalisation, psychosis…) at the doses that are sometimes required to exert a positive effect.

In fact, there is a neurodegenerative effect due to continuous use of THC, a dose-dependent effect through which there is a significant reduction in the volume of grey matter in various fields of the brain.

Relationship between dose of marijuana consumed and decrease of grey matter in 3 brain structures (amygdala, temporal gyrus and hippocampus).

This effect is well evidenced through MRI in studies such as those by Battistella et al. (2014) and Koenders et al. (2016).

CBD, what is it for

From this limitation arose the idea of finding a compound with the properties of THC on the cannabinoid system, but without its psychoactive effects.

And it appeared quickly: CBD.

The people’s interest in this compound has increased rapidly:

Graphic representation of the number of articles published in PubMed with the term “cannabidiol” between 1963 and 2020.

And it hasn’t stopped doing so since the year 2013.

What does the CBD do?

The effects of CBD are complex.

They act through an intricate network of neurological systems, both at the central and peripheral levels.

Their mechanisms are shown in a simplified way in the following table:

Through all these processes, CBD becomes a compound with all the good parts and without the bad parts of THC: anti-inflammatory, cell protector, anxiolytic, CB1 agonism inhibitor…

Although true, if co-administered with a fat vehicle, the % increases dramatically.

This is why it is mostly marketed as “CBD oil”: it’s is nothing more than CBD with oil as a carrier, usually hemp.

The doses established for its use are very variable depending on the study, the objective of its consumption, and the format of use.

The systematic review by Millar et al. (2019) recommends a dose between 1 and 50mg/kg/day.

Honestly ,with the lack of human evidence that exists, and although CBD is a compound that seems to have a great safety and very high range of use to toxicity, I would stay in the lower range of the dose.

In fact, most studies use amounts between 1 and 5 mg/kg/day and have been found to be completely safe and effective doses.

Side effects of CBD

CBD is a very well tolerated compound by users in general. 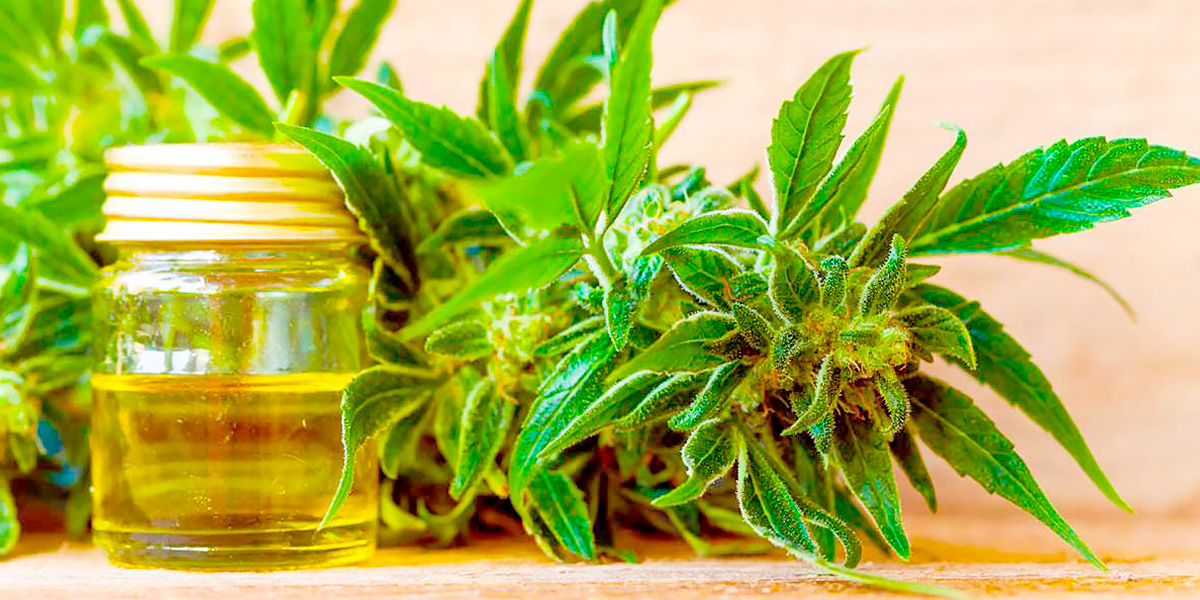 The Cannabis sativa plant (marijuana) has been a candidate for many years to be offered as a therapeutic tool for a multitude of diseases and medical conditions.

The problem? Its main bioactive component, delta-9-tetrahydrocannabinol (delta-9-THC or simply THC), is guilty of “getting high” after marijuana use. And it is also used for recreational purposes (illegally).

This has been the main barrier for the medical use of marijuana, although in some countries its medical use is beginning to be legalised for some specific pathologies.

However, the molecule we are talking about today, Cannabidiol or CBD, is the second bioactive component in quantity within the Cannabis sativa plant and does NOT have psychoactive effects (i.e. it does not place).

CBD is currently being used extensively in the sports world, both in amateur and professional sports. 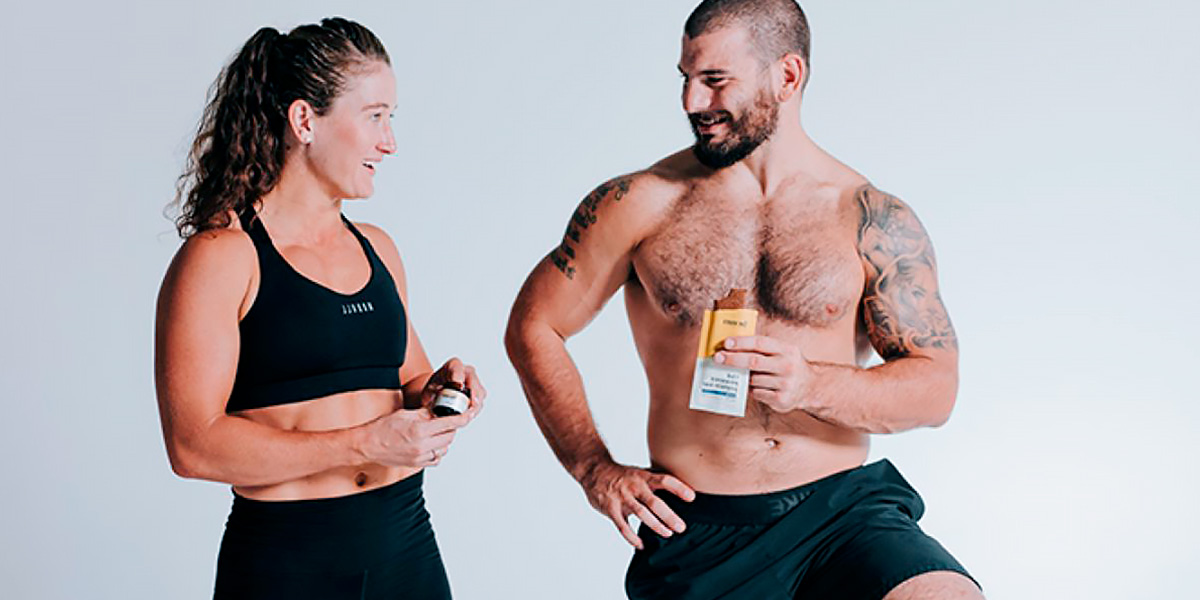 Many CrossFit fans have seen how Mat Fraser and other CrossFitters make use of the product for ergogenic purposes.

The benefits attributed to the molecule are:

But beware, different institutions are calling for precaution and care, as we cannot guarantee that commercial products sold as “THC free” are “completely free”.

Of course, THC is on the WADA list of banned substances, so this could mean, in the worst case, testing positive for doping.

It should be clarified that CBD as such is NOT prohibited or considered a doping substance, which is why it is being widely used by various athletes.

Who can take it?

CBD is not free from adverse effects and interactions with drugs.

With respect to the former, tiredness, fatigue and gastrointestinal symptoms usually predominate. Also, in some patients, there is an increase in liver transaminases.

Another problem is that, unlike the FDA-regulated Epidiolex, available CBD products are not strictly regulated and may be tampered with or contaminated.

Or simply not complying with the current regulations which impose a concentration of THC of less than 0.3% in any CBD product.

Today, and with the evidence available, it is not entirely clear who can benefit from the consumption of this molecule. 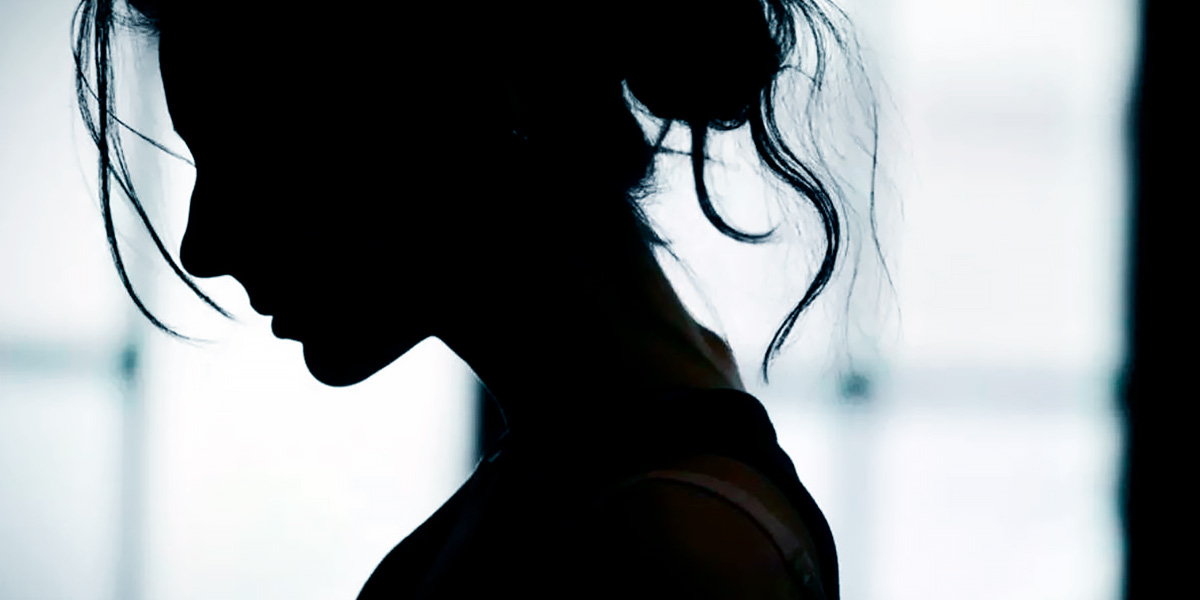 I expect that in the coming months and years there will be much talk about the effect of CBD on anxiety management, as a sleep facilitator, in chronic pain and as an ergogenic strategy in athletes.

Meanwhile, the most we can specify is who should NOT take it: this list would of course include children, adolescents, pregnant women or polymedicated patients (because of the high potential for drug interaction).

What illnesses does CBD cure?

The pharmacodynamic properties of CBD are being intensively studied in the context of multiple chronic pathologies, mainly as adjuvant therapy (in addition to current therapies).

The main candidates to benefit from CBD are:

This is the only condition in which CBD has shown strong evidence of usefulness, especially in the so-called Dravet syndrome and Lennox-Gastaut syndrome.

CBD seems to be a promising tool for reducing anxiety generated by events such as a public lecture, a thesis defense or an oral exam. Propranolol, a beta-blocker, has been used for many years for this purpose, with good results. 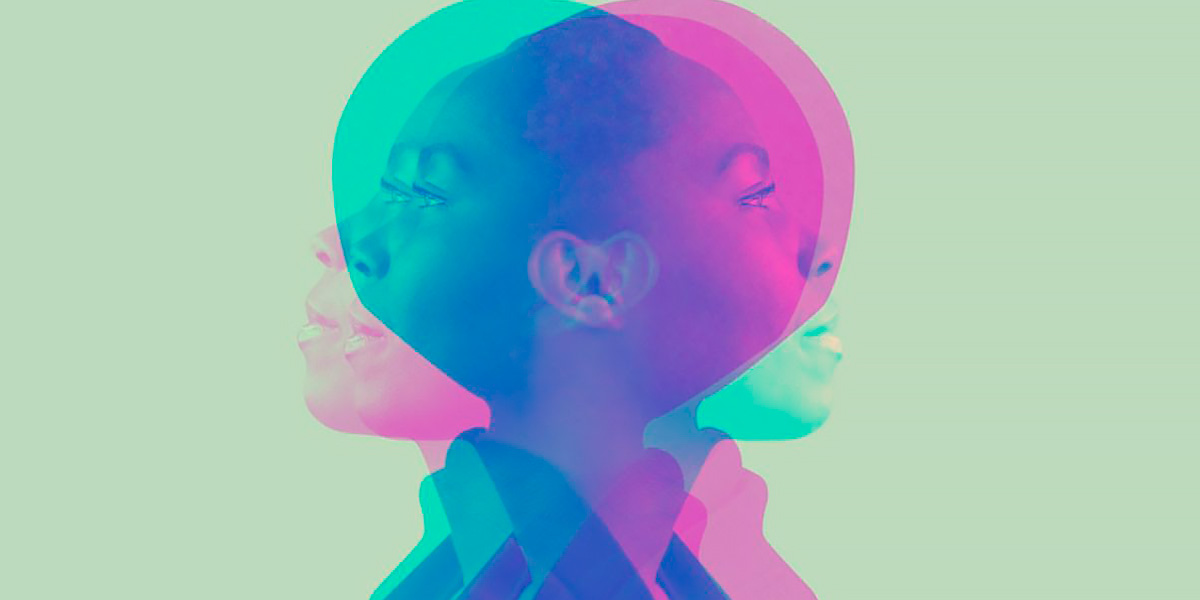 In fact, it is being researched as a way to decrease psychotic risk in regular cannabis users.

Other pathologies and conditions that could benefit from the use of CBD in the future are: chronic pain, spasticity typical of some neurological disorders and Parkinson’s disease.

There are some studies that looks at the role of CBD in improving the quality of sleep.

Many already consider it the new melatonin.

But let’s not go so fast and analyse the available evidence before drawing premature conclusions:

In this retrospective study (Shannon et al., 2019), for example, anxiety and insomnia effects of CBD were assessed in 72 adults who claimed to suffer from these problems.

CBD tolerance was good in all but three patients, who had mild side effects.

I hope that in the coming months clinical trials can shed more light on the issue.

CBD is sold on the market in different presentations and at different concentrations.

We have products external use (creams, balms, lipsticks), capsules containing hempseed oil, like these from HSN, and we also have oils and pastes. 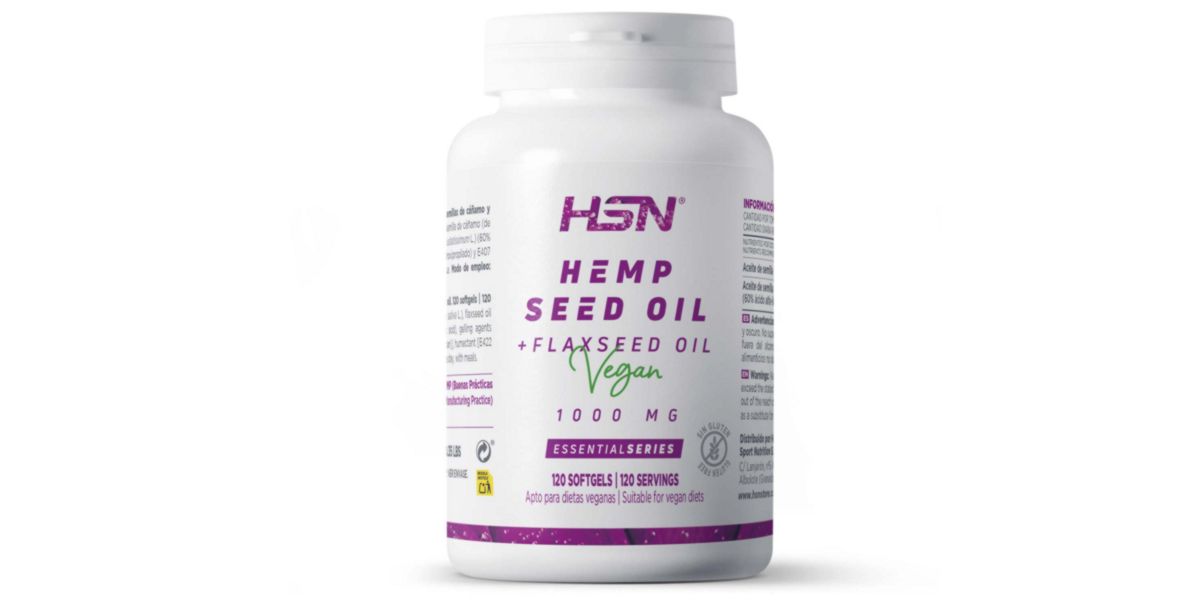 CBD oil is the most known and used presentation, perhaps because of its easy dosage (in drops). The concentration varies from one product to another and there are products with 5%, 15, 20 or 30% CBD on the market.

CBD pastes usually have a higher concentration than oils and other products.

How to use it

As I was saying, CBD oil is administered in drops, dosed with a pipette. 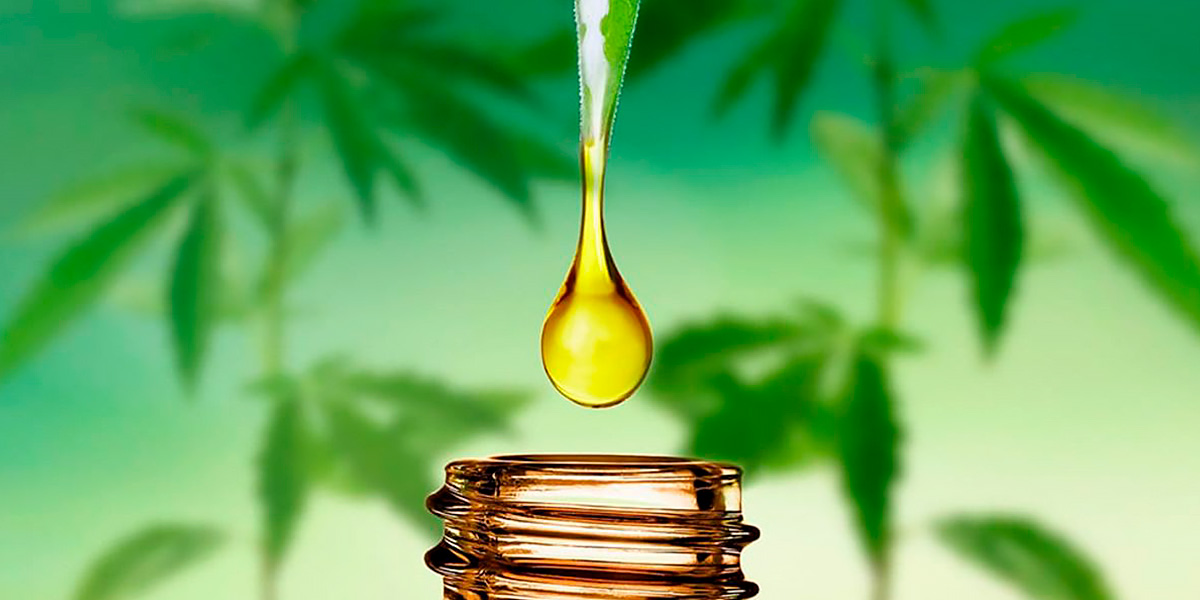 In this way, the distributor reflects how much CBD is in each drop.

It is recommended to be taken with food to maximise absorption, when presented in an oily medium.

I see a great future for this molecule in the coming years.

No doubt we’ll see many and very varied uses of CBD. What’s important is that the hype doesn’t blind us.

There is still a long way to go before we know for sure which pathologies can benefit from CBD, whether it is of real use in sports, whether it is a safe product, the certainty of the purity guarantees offered on the market, and a long list of questions that, sadly, we have not yet answered.

Borja Bandera is a young doctor who focuses on nutrition, exercise and metabolism, he combines his professional activity with his vocational dissemination and research.
Previous Heading to Tokyo 2021: A day in the life of a fan athlete, by Saúl Craviotto
Next Resistant Starch: What it is, Benefits, Does it help to lose weight? What foods have it
Related Articles 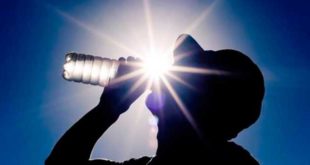 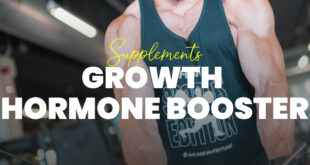 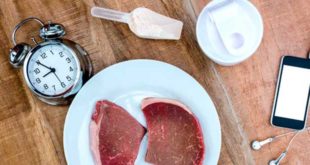 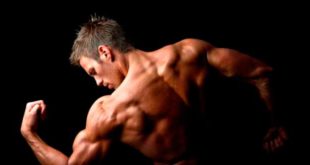 What is HMB and what are its benefits?