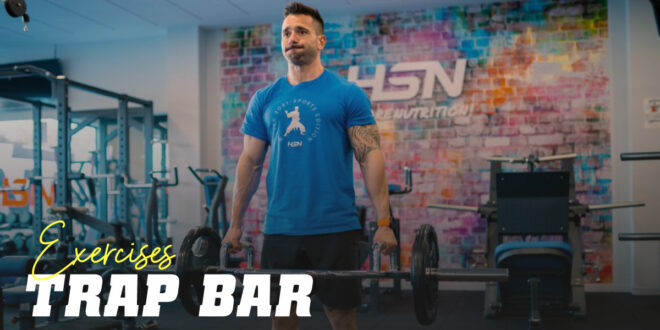 What is a Trap Bar (Hexagonal Bar) and what exercises can you do with it?

Today we’re going to look at a great training tool: the trap bar, sometimes called the hex bar. If you want to know what it’s used for, and what its benefits are, stay until the end!

I assure you that after reading the post, you’ll be wanting to “shift some kilos” with the trap bar; it’s a different kind of sensation, and I speak from experience.

What is a trap bar?

The trap bar or hex bar owes its name to its shape and has a diamond-shaped outer perimeter and two parallel handles on the inside.

When the bar is placed on the floor and you look down at it, it forms a hexagon. 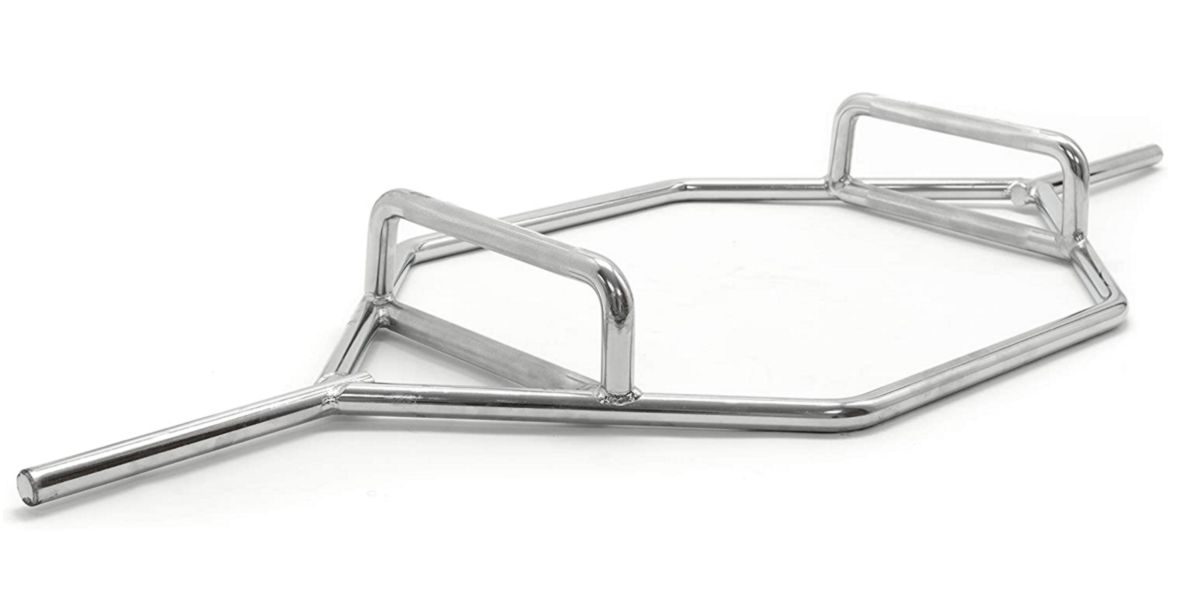 The hex bar is an excellent alternative to traditional bars for doing deadlifts without the risk of back injuries.

Some trap bars are constructed with two grip points, one higher than the other; while the rest come with the grip at the same height. As we’ll see below, for the former, the exercises differ.

The hex bar was created by Al Gerard, a powerlifter from North Carolina who suffered from a painful lower back.

Not being able to train with deadlifts, he had the idea of creating a parallel handle to help perform the exercise.

Hexagonal bar to prevent back pain?

The hexagonal bar distributes weight more in-line, falling more on the body’s natural centre of gravity, eliminating stress on the lower back.

It means the lower back is no longer the weakest link when exercising. 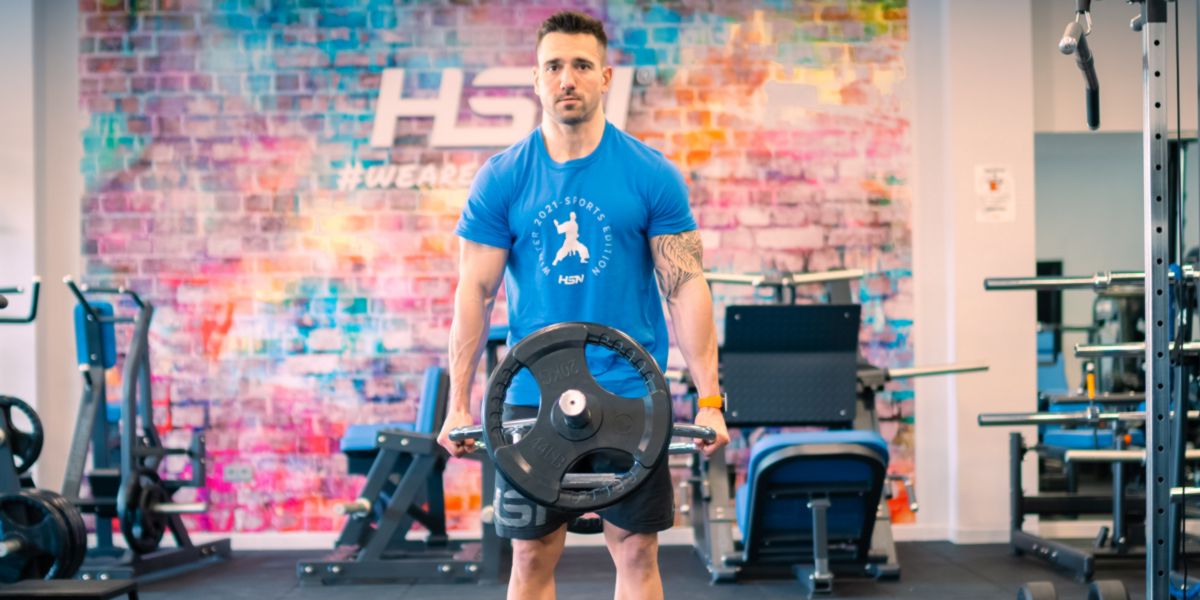 Al Gerard was his own witness to the strength gains. Soon, bodybuilders and other lifting enthusiasts began to adopt this extremely useful training tool in their workouts.

Differences between traditional deadlifts and the trap bar

When using a straight or conventional bar and working with deadlifts, we can use 2 types of grip:

With the hexagonal bar, only a neutral grip is possible, which tends to be “more natural”.

Grips can be used with both the trap bar and the straight bar.

The main difference lies in the movement pattern:

The main benefit is the reduction of stress in the lower back that occurs with the straight bar when performing the deadlift, something that many people suffer from as a result of not maintaining back neutrality.

An important aspect is that it avoids the hip hyperextension that tends to occur with deadlifts using a conventional bar.

On the other hand, the hexagonal bar requires less technical efficiency than the straight bar – it’s easier to learn how to do deadlifts with the trap bar.

Less mobility is required to move the trap bar when doing deadlifts.

Benefits of the hexagonal bar 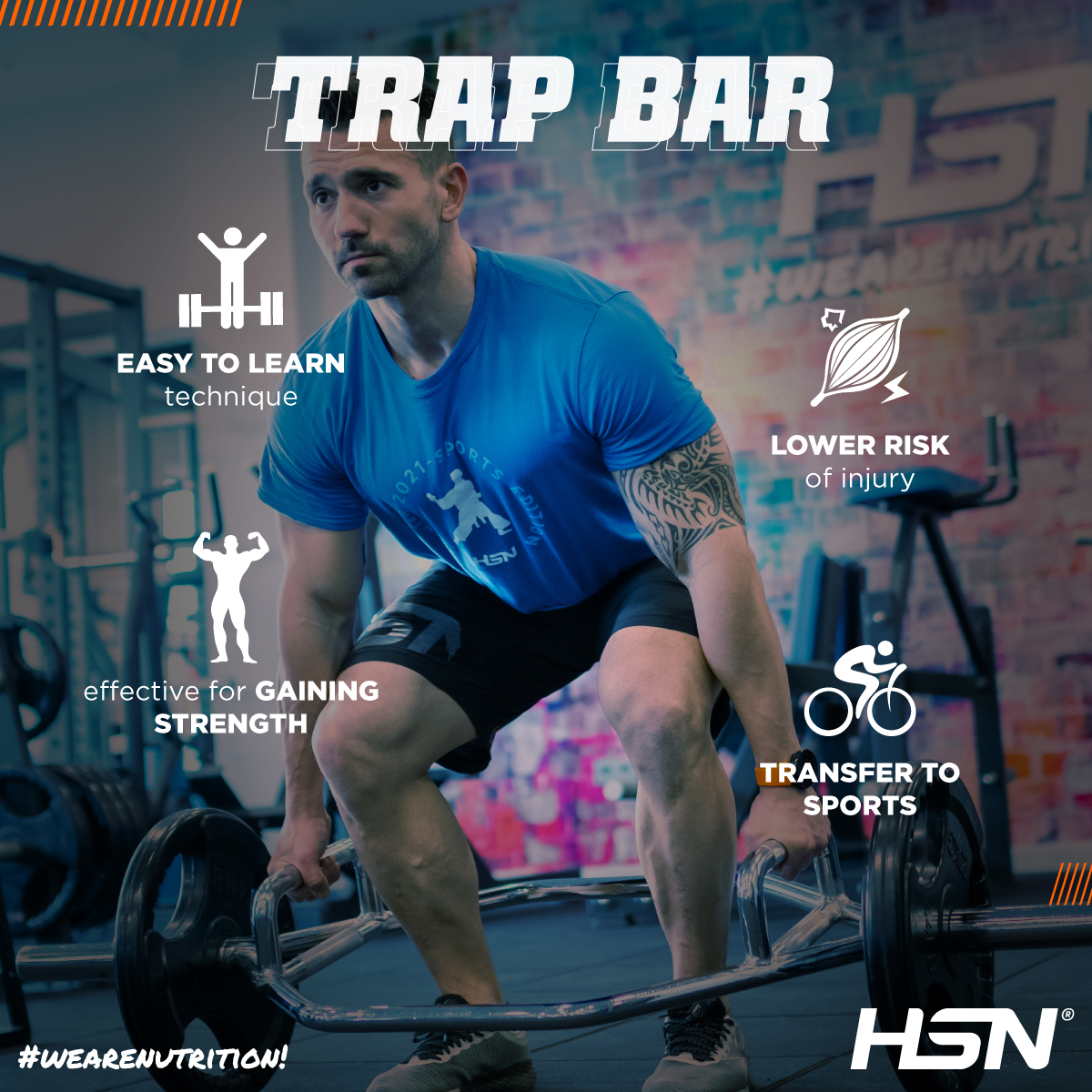 What weight should you lift with the trap bar?

As a side note, I’m going to say here that if your aim is to compete in powerlifting, the trap bar shouldn’t be the focus of your training, far from it, but maybe an auxiliary variant to consider.

But if your aim is simply to strengthen your body and/or generate hypertrophy with less risk of injury, the trap bar is a great option.

With the trap bar you can lift more load compared to a straight bar due to the lower moment of force that is generated on the hip, knee and ankle. This also implies that our torso must also bear or support this greater load.

Because the range of motion is more balanced, the lifting speed is also usually affected, making it possible to generate more power on the hexagonal bar.

This motivates many athletes to use the tool in their gym sessions.

For the reasons seen above, it’s possible to manage higher loads than you’re used to when doing deadlifts with a straight bar, as we can see in this comparison. However, the workload of the posterior chain is less, which is why it can be good to add ancillary work for its strengthening.

What exercises to do with trap bar

Here are 7 exercises to do with the hexagonal bar:

A variant of the previous exercise, where we start from a lower position, adapting similarity to the deep squat position.

An exercise to strengthen the core.

A one-sided variant of the previous exercise.

A variant of the well-known “floor press” but adopting a neutral position on the grip.

Tips for using the hexagonal bar

To correctly execute the deadlift:

There are significant benefits of performing Deadlifts with a hexagonal bar, as mentioned above, which might make many of you change your mind and start using it.

I propose as an example the following routine to work with this bar, being able to add complementary work with other elements.

I take as nomenclature the one explained in BPT (Beatman Performance Training), which you can check out here.

Differences with a conventional bar - 100%

Under the motto “Knowledge Makes me Stronger”, Javier Colomer clearly expresses his intentions to share his knowledge and experience within the world of Fitness. His BPT training system is proof of this.
@jvrcolomer
Previous Oat and Chocolate Sticks
Next Key Points about Vitamin D and Basketball Performance
Related Articles 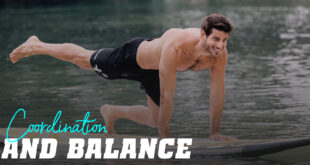 Coordination and Balance: What they are and their Importance in Sport 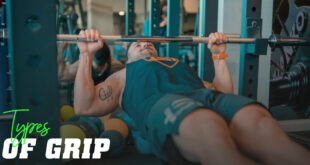 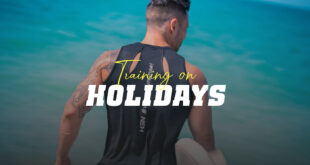 Training on Holiday: Everything You Need to Stay in Shape 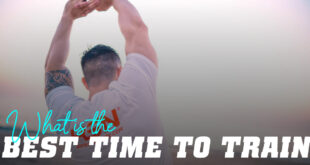 What’s the Best Time of Day to Train?

One question that’s raised a lot of doubts after chronobiology became fashionable is: What’s the …