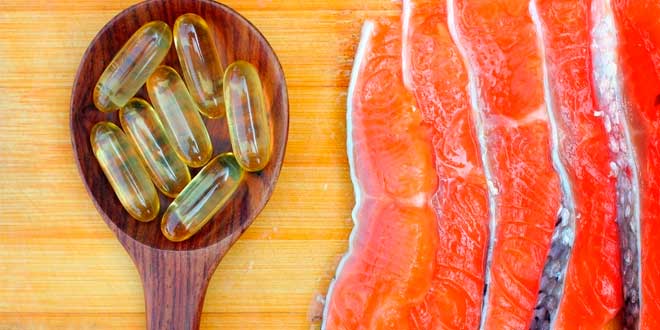 The anabolic potential of Omega 3

The first thing we should know is that our omega 3/omega 6 balance is far from ideal due to our current lifestyle and the food that we consume.

Most foods have high concentrations of omega 6, which means that the amount of omega 3 that we need to achieve the anabolic effect is high. In this situation, omega-3 supplements become a great help (buy Omega-3 supplements).

Omega 3 can help us improve the in-muscle protein synthesis in two ways:

Let’s start with insulin, which is known in the fitness world for its ambiguity when it comes to transporting nutrients to the cells (improving our performance) and storing the excess carbohydrates as fat in the adipose tissue. Omega-3 helps those who have insulin resistance, since they release a large quantity of insulin but the organism is unable to use it properly. 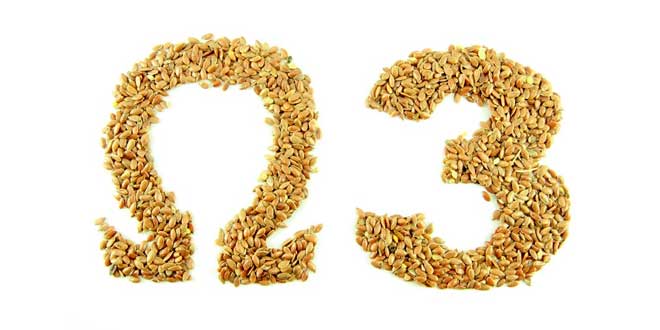 In this way, we take more advantage of Omega 3 with a lower amount of segregation. In addition, it helps to reduce the inflammation produced by the stress that the body has undergone after an intense workout, because omega 3 is an excellent anti-inflammatory. Thus, insulin is more efficient, which is very useful since it is one of the main elements responsible for protein synthesis.

This effect on insulin is of important for those who are overweight/obese, because our body will use our fat reserves more if we improve insulin sensitivity.

Couet proved this when he replaced 6g of dietary fat with 6g/day of fish oil for 3 weeks. There was a significant increase in fat oxidation resulting in a decrease in fat which was measured by the RER.

According to Couet the conclusion of the study was that:

The results of this study show that 6 weeks of fish oil supplementation significantly increases lean mass and significantly reduces fat mass in healthy adults. A significant reduction of 0.88 kg of fat mass and a non-significant increase of 0.20 kg of muscle mass was observed after 3 weeks.

Omega-3 and the Plasmatic Membrane

Another important effect of omega 3 lies in its potential to change the composition of the plasmatic membrane (also known as cell membrane) which results in an increase of the discharge of fatty acids into the blood by the adipose tissue and an increase in the excretion of toxins outside the cell, thus achieving a much more efficient metabolism.

Moreover, the EPA of the diet can be beneficial by helping to inhibit the conversion of DGLA into AA (dihomo-gamma-linolenic acid and arachidonic acid) which cause inflammation and possibly increase the fat reserves chronically. However, this effect on the cell membrane takes place between 4-5 weeks, which is one of the reasons why people are “disappointed” the first few weeks of using omega-3 supplements.

However, Hoe does omega 3 helps us improve our muscles?

Omega-3 and its Anabolic Potential

The mechanism through which omega-3 improves our protein synthesis is still unclear.

As we can see in the following image, people who consume omega 3 increase the concentration of in-muscle proteins. There is also an improvement in the RNA/ADN ratio (the mRNA is the messenger that goes to the ribosome to trigger the transduction, resulting in proteins). However, this improvement is not notorious enough to be taken into account, it is only a fact that helps us understand the functioning of omega 3. 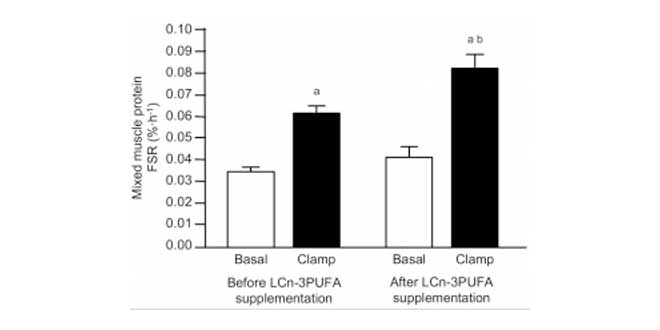 As we can see, the amount of protein in the muscle is higher after using omega 3.

On the other hand, it was also observed that omega 3 is related to an increase in the mTor pathway, which is one of the main mechanisms through which our body synthesizes proteins, that involves leucine.

A curious fact is that omega 3 does not alter the levels of glucose, leucine or even phenyl-alanine (a marker of protein synthesis) in the plasma, so this increase on the mTor may be caused by a change in behavior of the muscle cell in order to improve the anabolic environment. 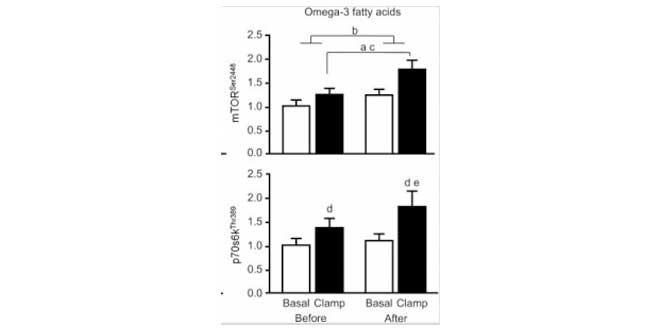 Before getting excited, I must emphasize that this increase of in-muscle protein produced by omega 3 cannot be achieved on its own. There must be an environment with insulin and amino acids, while doubling the protein synthesis at the same time.

My advice for those who practice weightlifting or aerobic exercise is a post-workout combination of 1-1.5g EPA with BCAA’s (or 3-4g leucine) and some high glycemic index carbohydrate such as dextrose, preferably in liquid form.

In this way we will achieve a fast digestion, since the digestive system acts more quickly when the nutrients are in liquid form. It can also be taken in a solid form, but the digestion will be much longer and the gastric emptying will be delayed due to the presence of fat.

I hope you liked this article and I encourage you to add omega 3 to your diet, your performance will certainly improve.

The Anabolic Potential of Omega 3 Review

Sergio Espinar is a sport nutritionist, specialized in fat loss and health in women. Coach, professor and speaker in the HSN Fitness School.
Previous Jet Lag: What is it, Causes and How to combat it
Next Magnesium and testosterone increase
Related Articles 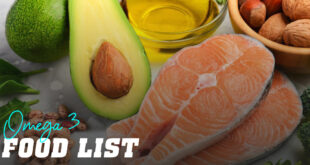 Do you know the most Omega 3-Rich foods?
6 min. of reading 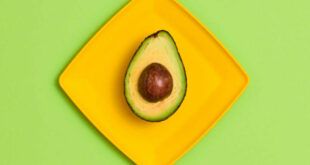 Benefits and properties of avocado
11 min. of reading 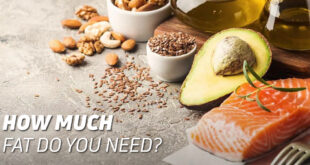 How much fat do you need?
7 min. of reading
Check Also 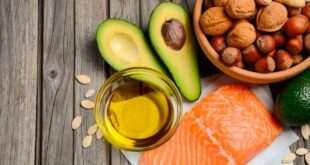 Go for the Essential Fatty Acids!