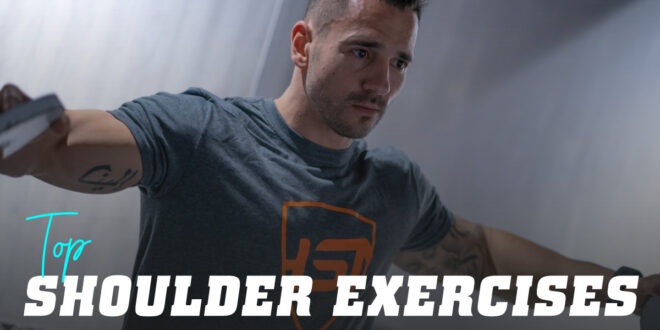 The shoulders are, without a shadow of a doubt, one of the muscle groups that most attracts attention, especially if you come face to face with someone showing off those famous “3D shoulders”

This name refers to the degree of development of the main areas or heads that form the shoulder, giving a truly three-dimensional look.

Anatomy of the shoulder muscles

The shoulder is the most mobile joint in the human body, due to its nature allowing a large number of isolated or combined upper limb movements such as flexion/extension, internal/external rotation, adduction/abduction, and circumduction.

It’s important to keep in mind that said flexibility makes this area of the body more prone to dysfunctions and/or injuries than other joints. 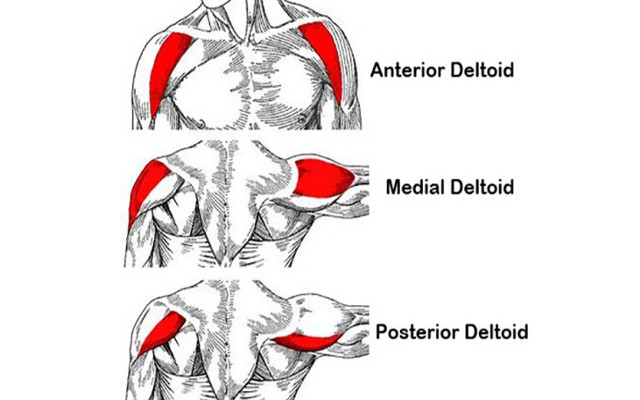 Taking a closer look at the specific anatomy of the shoulders, we can break this area down into several muscle groups according to their depth:

They are found on a deeper plane and aid the stabilising of the joint in general and are in charge of providing and assisting this rotation function, in both internal and external terms.

This area is made up of four distinct muscles:

This muscle is located on the most superficial plane.

It originates from both the spine of the scapula and the clavicle, however, all the fibers come together in a single tendon that goes into the deltoid tubercle, located on the lateral of the humerus shaft.

Although it is considered a single muscle, three distinct parts can be identified: anterior, medial and posterior . Regarding function, it mainly aids the lateral abduction of the arm, although it also assists flexing/shoulder extension

How can I build bigger shoulders?

To make sure you achieve a balanced growth of your shoulder muscles, it is important to take onboard certain tips when doing our shoulder routine, in order to get maximum benefit

Taking into account the type of exercise and the degree of muscle involvement, we can highlight the following categories:

When we seek maximum hypertrophy we have to bear in mind the work using tension , that is, keeping the muscle fibers contracted long enough, and making a compromise between the number of repetitions and the load (intensity) used.

As for the number of repetitions and sets in order to maximise muscle mass gains, we should take into consideration the following recommendations:

For the most potent exercises, as is the case of the Military Press which we will look at below, we can vary the range of repetitions and series, bearing in mind that if we are looking for an increase in strength, it’s wise to base our exercise around a lower number of reps (less than 5 reps per series)

When performing a variant, such as the seated Military Press with dumbbells, or the rear press with the objective of hypertrophy, the repetitions are increased, in ranges of 6-8 per series, with a sufficient load to almost complete “to failure” in the last set. 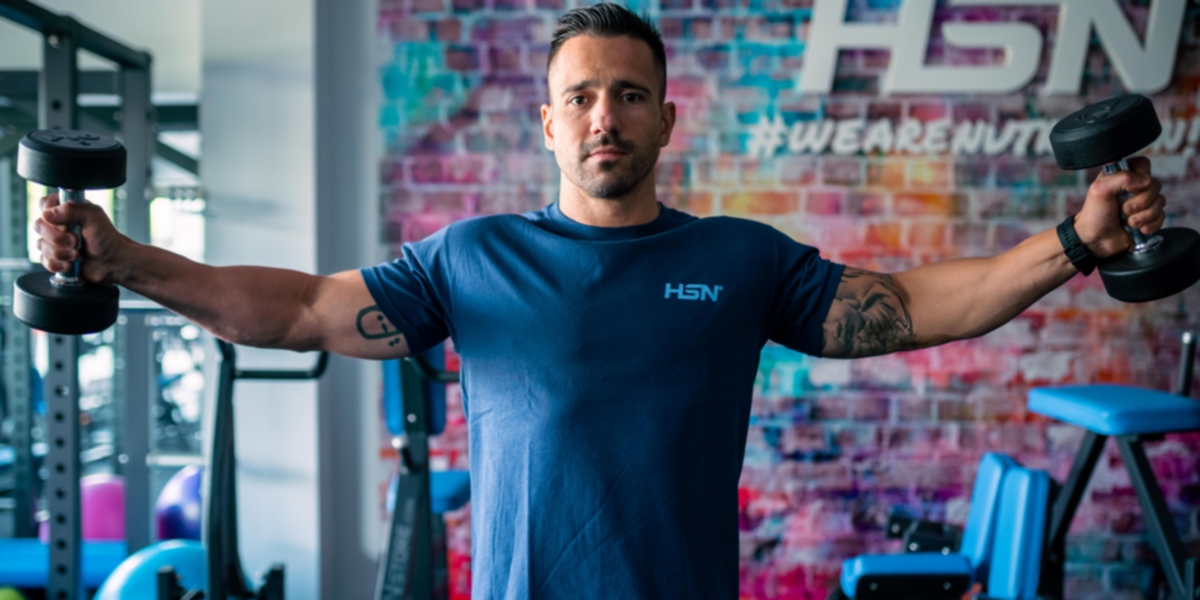 In the case of isolation exercises, the load tends to be lighter, when using machine, bar or dumbbells, the number of reps tends to be high, reaching 12-15 per set.

At the same time, employing other advanced techniques, such as supersets, compound sets, drop sets..., tend to be highly effective as well as substantially developing muscle growth in the shoulders

From my point of view, this is an excellent shoulder exercise, working as the main builder of both strength and muscle growth. If this exercise isn’t part of your shoulder routine, then something is going very wrong.

How to do Military Press? 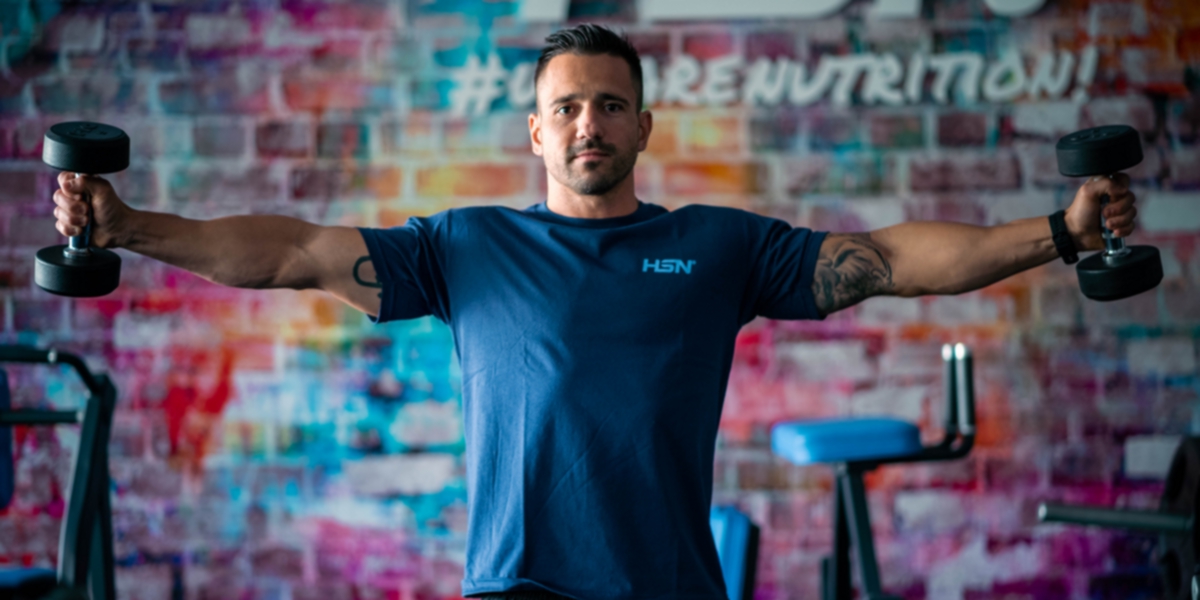 The movement revolves around bringing the dumbbells together, keeping them elevated at all times, until they are level with our eyes.

A truly excellent exercise to work the back of the shoulder or delts. In this case, light loads are usually used, and enable a good response to high numbers of reps. The exercise also allows for a large number of variants.

This is a power exercise and can be done with dumbbells or a bar. If you choose the latter, a greater load can be added than for the Military Press. Although these two exercises have the same starting and finishing position, the difference is the support provided by our legs and hips which boost us during this exercise.

This exercise is a shoulder press which won fame as a result of Arnold Schwarzenegger inventing it himself. It is done with dumbbells, in either a seated or standing position.

This an exercise that is usually done with an unloaded bar, while doing a large number of reps. It helps improve shoulder mobility and can also be used as a finisher for our shoulder training session.

When performing this type of push-ups, we create a gap in the area where we place our feet, so that with each repetition, the weight is transferred to our shoulders, meaning that they support a large part of our own body weight during the exercise.

Another option is to keep our pelvis raised, applying the same principle:

Its benefits are, along with being an exercise to develop shoulder muscle mass, working the deltoids, trapezius, rhomboids and rotators, it is a great way to prevent shoulder-related injuries. It encourages us to take a better position and correct posture (shoulders dropped or inclined forwards), which reduces injuries to other muscle groups. 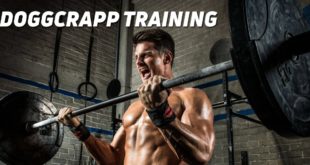 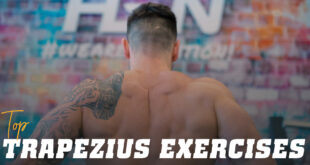 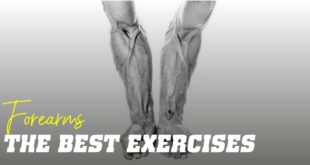 The Best Exercises for Forearms
8 min. of reading
Check Also 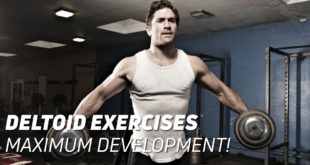 Today, we are going to talk about some of the best shoulder exercises to develop …