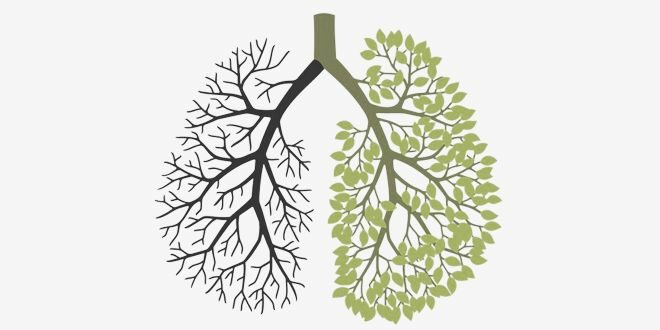 Alfredo Valdés 7 min. of reading Well Being Leave a comment

There are a number of supplements that can mitigate the harmful effects of smoking.If you are still a smoker, you might be interested…

Tobacco is currently one of the major toxins, universally legalised almost everywhere in the world, and in turn, possibly the major trigger of causes of death attributed to epigenetic factors (environmental and controllable by the subject) 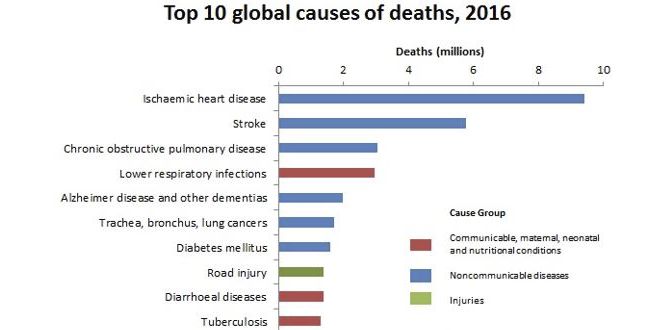 Figure I. TOP 10 causes of death in the world, 2016. Adapted or extracted from: https://www.who.int/en/news-room/fact-sheets/detail/the-top-10-causes-of-death

The World Health Organization shows that in 2016 the most frequent cause of death in the world is cardiac ischemia, a condition that can be explained, among other circumstances controllable or not, by the use of tobacco.

Like the heart attack, COPD (Chronic Obstructive Pulmonary Disease), a higher prevalence of low respiratory infections and, of course, the development of the most prevalent cancers in the adult population, those of the respiratory tract.

Harmful effects of tobacco on health

Tobacco has the capacity to increase the rigidity of the arteries, producing a remarkable peripheral vasoconstriction that increases the risk of developing cardiovascular diseases.

Of course, it increases the formation of free radicals, producing a high degree of oxidative stress in lung, heart and brain tissues, which can affect the functionality and structure of the specific cells of each tissue, thus increasing the risk of developing multiorgan and very diverse developmental pathologies. 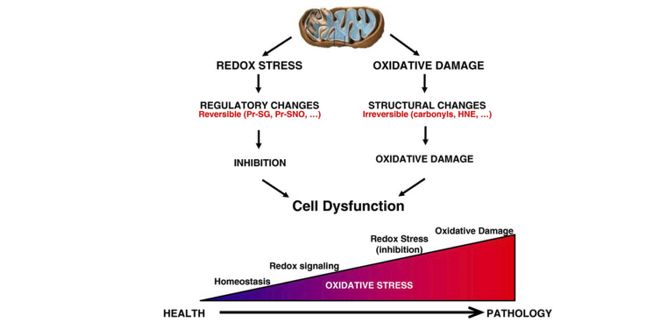 Figure II. Evolution from health to pathology The role of oxidative stress on the development of cellular dysfunctionality. (Dai et al. 2014)

Smoking is a dangerous habit, but there are strategies that active smokers or close ex-smokers can use to reduce the organic damage produced by tobacco toxins

Flavonoids have a great limitation in their human application, as most of them have a very low bioavailability, which makes their antioxidant activity strongly limited in in vivo models. 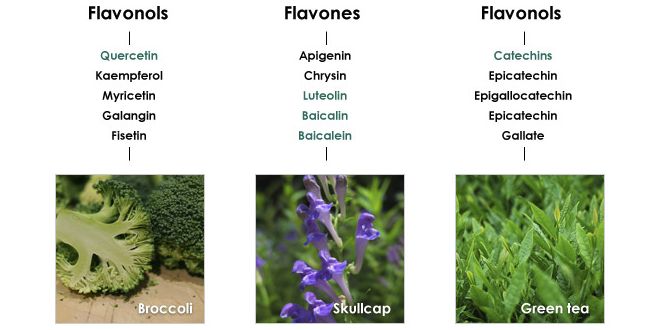 Different plants and their flavonoids

Despite this, a meta-analysis by Woo & Kim (2013) showed how carcinogens (substances that facilitate the appearance of cancer) present in tobacco such as PAH, BaP, N-nitrous, 4-aminobiphenyl, as well as their metabolites, are metabolised into bioactive forms by enzymatic activity of cytochrome P450 in phase I of its metabolisation, and the bioactive forms are detoxified in phase 2 by enzymes such as UDP-Glucuronyltransferase, Glutathione S-Transferase and Quinone reductase.

The most effective compounds for this function are flavonols, especially kaempferol, found for example in green tea (Begum et al. 2017), or Quercetin, a flavonol found, among others, in onions, which has been shown to have multiple positive effects in attenuating cardiometabolic risk in smokers.

Lee et al. (2011) showed how supplementation with 400mg. of Quercetin daily for 10 weeks, in adult smokers significantly improved the subjects’ lipid profile; showing an increase in HDL-c and a significant decrease in LDL-c and plasma triglycerides.

Figure III. Lipid profile markers in a placebo and experimental group before and after 10 weeks (Lee et al. 2011)

Similarly, 10 weeks of Quercetin supplementation were sufficient to show improvements in serum glucose concentrations, as well as in other cardiovascular risk parameters, such as both systolic and diastolic blood pressure measurements, thus reducing the risk of ischemia and cardiovascular accidents.

Figure IV. Markers of vascular damage in a placebo and experimental group before and after 10 weeks (Lee et al. 2011)

In addition, quercetin appears to possess the ability to interact with the gene expression of genes involved in the metabolism of tobacco carcinogens (cited above),thus reducing the risk of lung cancer (Lam et al. 2010)

Tobacco has the capacity to increase the adhesion of monocytes to the endothelium by increasing the activity of the CD11b molecule, a component of integrins that are responsible for leukocyte adhesion.

This appears to be directly related to the depletion of plasma vitamin C concentrations by smokers, so the administration of oral vitamin C may be a useful strategy, not only to combat the free radicals formed by tobacco consumption, but also to prevent tobacco atherogenesis mediated by leukocyte adhesion. As shown by Weber et al. (1996). 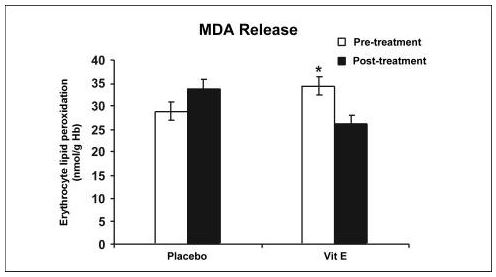 Figure V. Erythrocyte lipid peroxidation activity in the placebo and experimental (Vitamin E) groups, before and after 8 weeks of treatment. (Ismail et al. 2002)

This seems to be due to the regulation in the activity of two enzymes in charge of catalyzing reactions that prevent or increase the presence of unstable molecules that increase oxidative stress.

Ismail et al. (2002), showed that supplementation with 200mg daily of Vitamin E, for 8 weeks increased the activity of the enzyme SOD (Superoxide Dismutase), which has a protective function in erythrocytes. 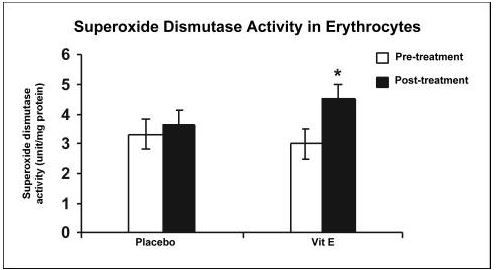 Figure VI. Activity of the enzyme superoxide dismutase in the placebo and experimental group (Vitamin E), before and after 8 weeks of treatment (Ismail et al. 2002)

And by decreasing the activity of GPX (Glutathione Peroxidase), an enzyme that catalyses the glutathione oxidation reaction, with a function that will increase the production of EROS. 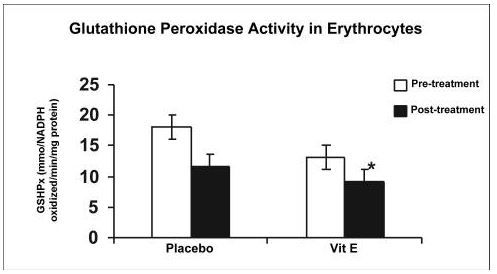 Figure VII. Activity of the enzyme glutathione peroxidase in the placebo and experimental group (Vitamin E), before and after 8 weeks of treatment (Ismail et al. 2002)

Although there seems to be strong evidence that increasing the dietary intake of antioxidants can prevent some of the damage caused by smoking, consult your doctor to stop smoking. If you cannot, ask him/her about replacement therapies to progressively reduce your consumption until you stop

He is a specialist in metabolic physiopathology training and in the biomolecular effects of food and physical exercise.
Previous Hypertension: What It Is, Causes, How to Reduce It, Natural Supplements to Treat It
Next Homemade Oatmeal Toasts
Related Articles 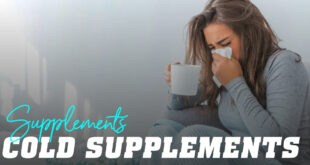 Supplements for the Cold: Which ones should you take?
9 min. of reading 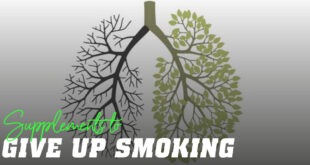 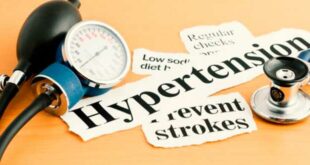 Hypertension: What It Is, Causes, How to Reduce It, Natural Supplements to Treat It
10 min. of reading
Check Also 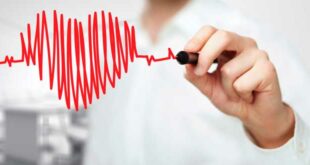