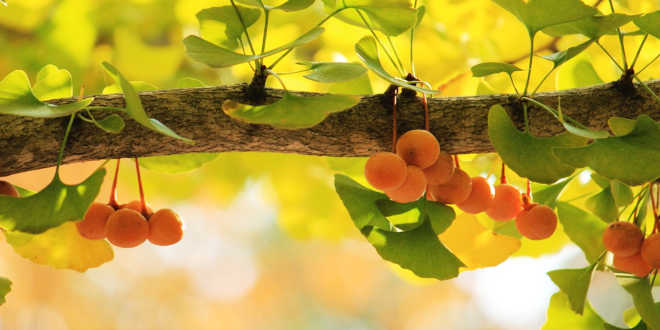 Ginkgo biloba has medicinal properties that can increase our mental strength and improve the blood flow to the brain. Those who take it can focus better on a task and have more memory. Moreover, this plant also relieves the problems caused by tinnitus.

Ginkgo is one of the oldest plants in the world and it can help us treat many diseases. In fact, it is worshipped as a sacred tree in some countries. Although above all, it is known for its healing and medicinal properties.

It stimulates the blood circulation and increases our focus. Unfortunately, ginkgo biloba has some undesirable substances in its natural state. This is the reason why we can only take its healing ingredients only through concentrated products like ginkgo biloba extract. 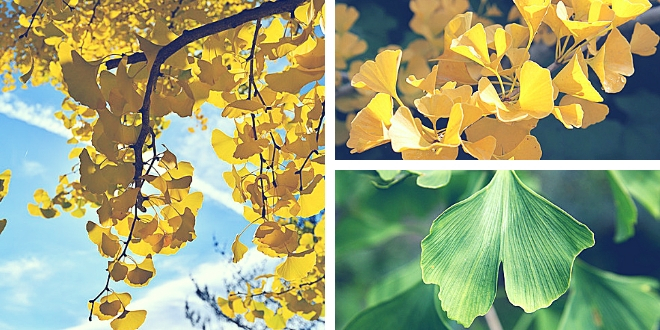 The ingredients from this plant can help to heal several diseases, for example:

This tree is known worldwide for its medicinal ingredients. The seeds, fruit, leaves and bark of the plant have been used for centuries in Asia, both to heal and increase our beauty. Nowadays, the active ingredient of the plant is available in a concentrated form.

Above all, it is made up of flavonoids and terpenoids, extracted from the Ginkgo leaves. Around a 0.1 per cent of its content are diterpenes, among which we can find ginkgolides.

In addition, it has a small proportion (around 0.03 to 0.06%) of sesquiterpenes, including bilobalides. There are also other substances like kaempferols and quercetins.

It mainly stands out due to its: 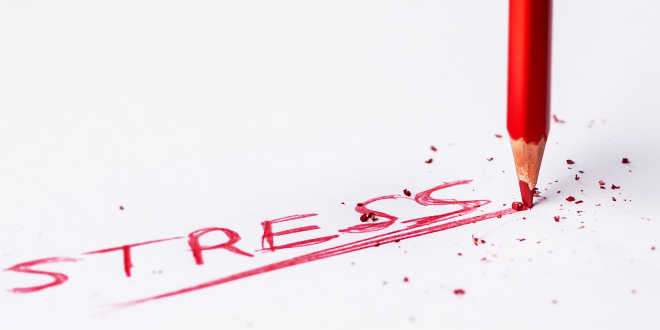 Ginkgo has shown that it is capable of improving the functioning of the brain.

This is due to the flavonoids, terpenes and ginkgolides it provides. In fact, these substances help to protect the nerve cells and to stimulate the chemical connections used by the brain. The results are a better focus and memory overall.

Those who take ginkgo biloba regularly rarely suffer from age-related dementia or Alzheimer’s disease. Ginkgo biloba decreases the destruction of nerve cells and protects them too. But there is more since, even in advanced stages of brain disorders, it helps to slow down the development of the disease.

In addition, ginkgo has antioxidant properties that make the walls of red blood cells more flexible. Therefore, it improves the blood flow and its viscosity, ensuring a permanent oxygen supply to the whole body, including muscles, brain and heart.

A clinical experiment conducted on rats showed that after taking Ginkgo, their brains had 50-100% more blood than the rest of the body.

Those who suffer from tinnitus constantly hear noises at regular intervals.

Ginkgo can be a great support for them, since it reduces the irritating noises and improves our hearing.

Recent clinical studies have shown that it has medicinal properties that can relieve the symptoms of tinnitus up to a 50%.

It helps to deal with anxiety and stress while making us feel more motivated. In fact, it acts on the serotonin receptors, more or less like antidepressants, around an 80%. After using Ginkgo, people who suffer from depression have experienced a significant improvement in their well-being, less fatigue and discomfort.

Moreover, it helps to reduce oxidative stress due to its active compounds, such as kaempferol and quercetin. 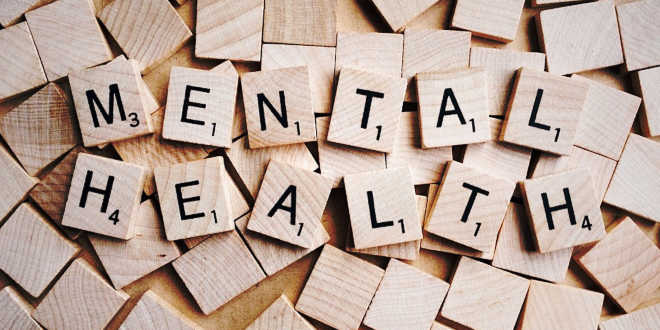 For centuries, people have eaten the ginkgo leaves raw, now we take extracts or supplementation.

It is not advised to eat raw leaves, seeds or bark, since they may contain other harmful substances.

This is due to the fact that its ingredients do not have the same effects as they do when we use an extract.

We can obtain ginkgo biloba through a process that involves: smashing the leaves in order to filter out the active and medicinal ingredients; discarding and eliminating the harmful substances which can cause allergies and skin irritations.

Actually, this format is very valuable, since we need five tons of leaves in order to obtain 100 kilos. Therefore, only a 2% of the ginkgo plant is used to get the final extract.

Finally, this extract is used to make tablets and capsules. The ginkgo essence is available both in capsules, drops, or juice. In addition, our body can absorb the extract very quickly, which is much more effective than eating the raw plant.

Ginkgo does not act immediately and we will have to take it regularly in order to experience its effects. The dose should be administered from eight weeks to several years, depending on the symptoms of each disease.

Another format that is becoming more and more popular is infusions. Like any other infusion, it uses the ginkgo biloba plant dry leaves. Traditionally, this remedy has been used to treat tired legs by mixing ginkgo leaves, hamamelis, horse chestnut and red vine. Add three tablespoons of this blend per liter of water. Boil it for two minutes and let it settle five more minutes. Then, pour the infusion in a bucket to rest your feet and legs for 15-20 minutes.

This is just one remedy, since we can also use this format for other problems: varicose veins, hemorrhoids and cramps; to relieve migraines and headaches; or to enhance our focus. 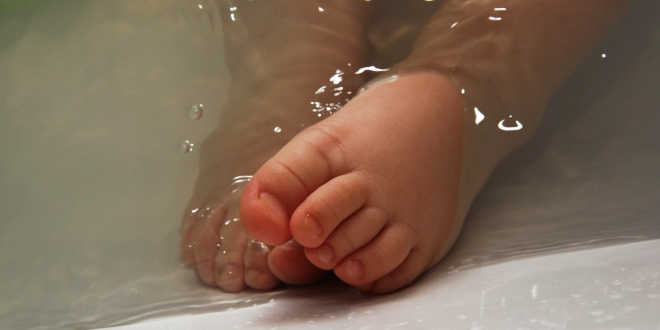 The side effects of a ginkgo biloba treatment are very rare and do not go beyond simple gastrointestinal discomfort or allergic reactions.

The ginkgo tree, more than 3000 years of history

The ginkgo tree belongs to the ginkgoaceae family. In fact, it is the last representative of this type of plants. It has existed for around 3 thousand years and it is one of the oldest plants in the entire world.

It has a very long history in Asia and it can be found in many temples and religious institutions even today. Actually, the ginkgo tree did not survive after the ice age in Europe, but it did survive in China and Japan. After the French purchased the Ginkgo plant, people started to plant it once again in Europe.

The oldest ginkgo biloba trees are more than 1000 years old and they grow mainly in Asia. Ginkgo trees can grow 30 metres high and its leaves are fan-shaped. Moreover, they have an undulating edge with different colors, from green to gold.

In ancient China, these leaves were even used as currency, but this custom had to stop due to the difficulty to collect them. The flowering usually takes place for the first time when the plant reaches the age of 20, so it matures very late.

The ginkgo biloba tree grows very slowly, which is particularly noticeable during the first five years. It grows around 30cm high each year, which means that the tree reaches its full growth at the age of 100.

It is extremely robust, since it stands the cold, heat and environmental toxins very well. Actually, this feature is very important, since it may play an essential role in the future regarding climate change. 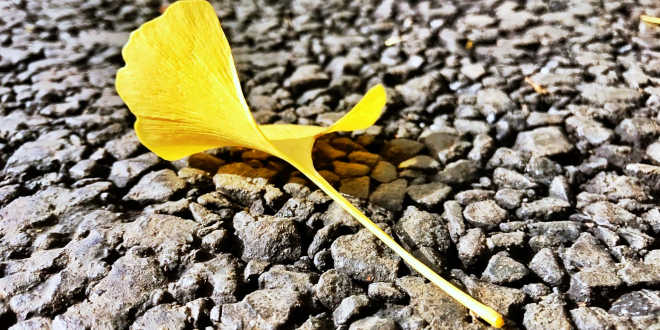 History of its name

Its correct name is Ginkyo, but due to poor spelling on behalf of a German doctor, he wrote Ginkgo instead of Ginkyo. The former started to be used in America by the botanist Engelbert Linneoen in his classification system.

The French purchased the first Ginkgo trees and brought them to Europe in 1780 for 25 guineas. Actually, they called them “Maiden’s hair tree”, because of the similarity of the plant to a young girl’s hair.

Some call ginkgo biloba plants ‘silver apricot’, due to the silvery color of their seeds. This name derives from plants found in religious temples. Other names refer to the shape of its leaves, which are similar to an elephant’s ear. Others refer to the tree as the ‘grandfather’ due to how old a ginkgo plant can be.

Ginkgo has even been called Goethe in Germany, since the author devoted one of his poems to this plant. Apart from these, it receives many more names, some more common than others. Above all, these names emphasize its unique appearance, its lifespan of many centuries, or its religious qualities.

Ginkgo biloba as object of worship

People worship ginkgo in the Far East. In fact, it is a symbol of hope, vitality, and longevity in Asian countries. The trees grow around places of pilgrimage in China and Japan as well as religious temples. Quite frequently, Asian women visit a tree, pray and make wishes, specially regarding fertility or to have enough breast milk for their babies.

Its stout trunk and soft leaves have become a symbol of the famous oriental principle of yin and yang. In fact, it has been granted the status of millennium tree, the highest possible award, due to its exceptional properties and long history.

An interesting fact is that its predecessor was originally deciduous. However, through evolution it appears to resemble very much a conifer. 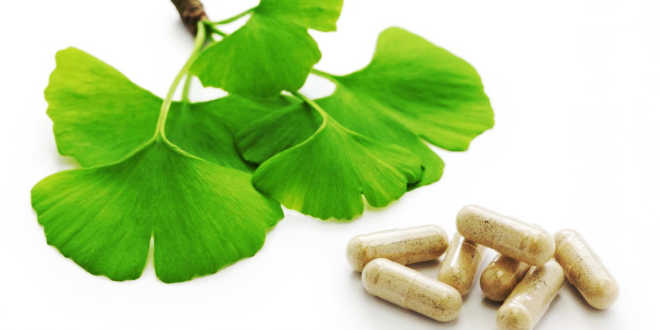 Ginkgo and the bombing of Hiroshima

The tree is dramatically linked to the atomic bombing of Hiroshima in 1945. In fact, the first green plants that grew after the fatal bombing were ginkgo plants.

In Germany, more specifically in the House of Goethe in Weimar, there is a museum dedicated to the Ginkgo. It was inspired by the poem written in its praise by the famous German author.

One of the most curious features is its smell. Female ginkgo plants my be somewhat unpleasant when they are in full sexual maturity. However, there is no way to know if a Ginkgo plant is male or female until it blooms for the first time.

Carlos Sánchez has a degree in Human Nutrition and Dietetics, and therefore all his actions are rigorously backed by science.
Previous Yoga: What is it, Benefits for Health, Therapy against Stress
Next Maca Smoothie with Cranberries and Strawberries
Related Articles 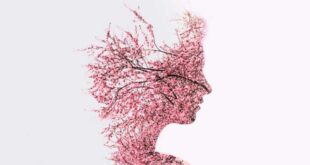 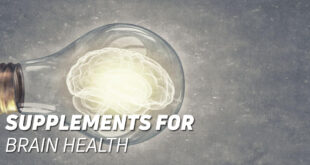 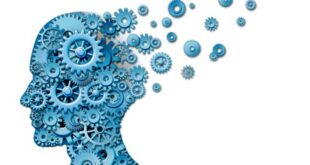