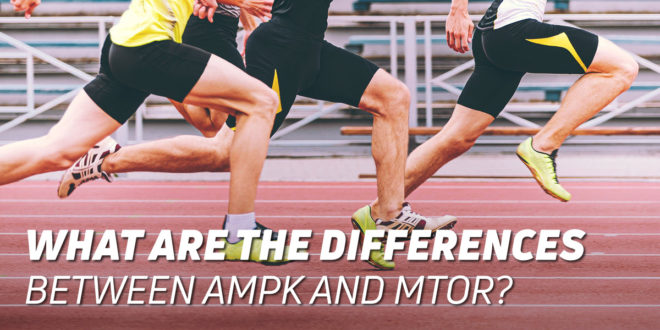 Have you ever wondered what AMPK and mTOR are, what their purpose is, and how they function? Today, we’re going to answer all these questions.

What are AMPK and mTOR?

AMPK and mTOR are two biomolecular regulators of the metabolism that work towards finding an energy balance, depending on our situation:

Both concepts have been highly distorted by the media, which has tried to simplify the complex field of transcriptomics. 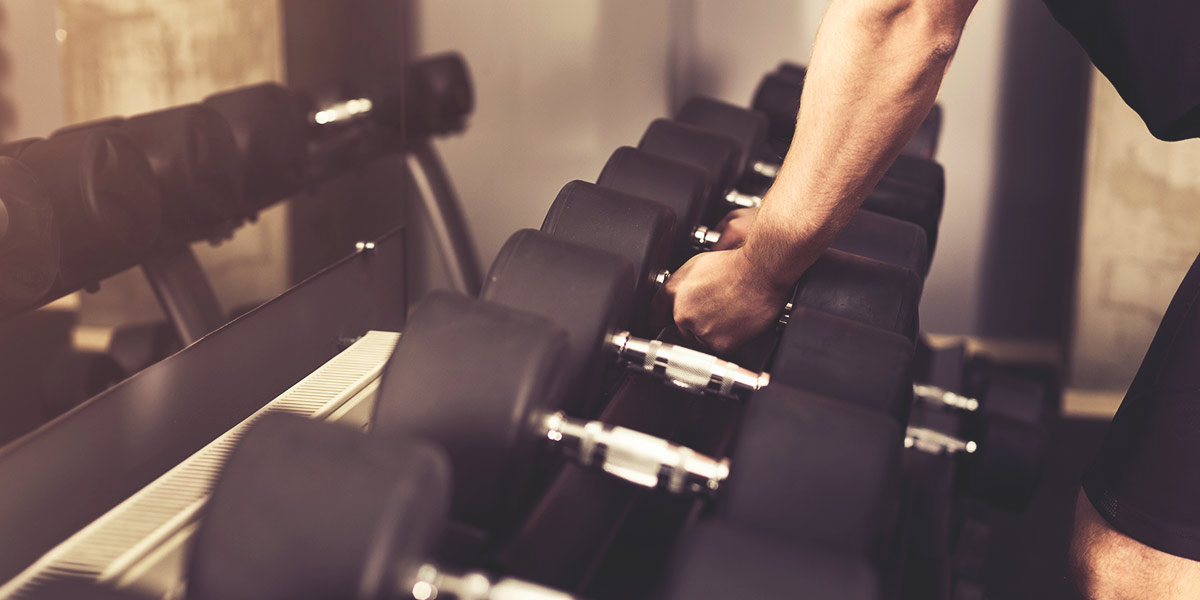 Today, almost everything the average user knows about these two molecular regulators is wrong, because they’re not seeing the full picture.

Before starting, I’d like to say that this article will take a basic and superficial approach to these concepts, only touching the surface, with a language that is as understandable as possible.

You have to bear in mind that we’re talking about an extremely complex field of study, one that requires a deep understanding of subjects like metabolomics or proteomics.

AMPK is a serine/threonine domain protein kinase that acts as a key sensor in the regulation of cellular energy, and its activation promotes catabolism and inhibits anabolism, increasing energy production from substrates and inhibiting energy consumption in reduction reactions.

AMP is a by-product of the degradation of ATP, our energy currency.

Therefore, when intracellular AMP concentrations increase it means that the ATP:AMP ratio decreases, and it’s an energy deprivation signal that activates AMPK by binding to its AMP-related gamma subunit receptors. 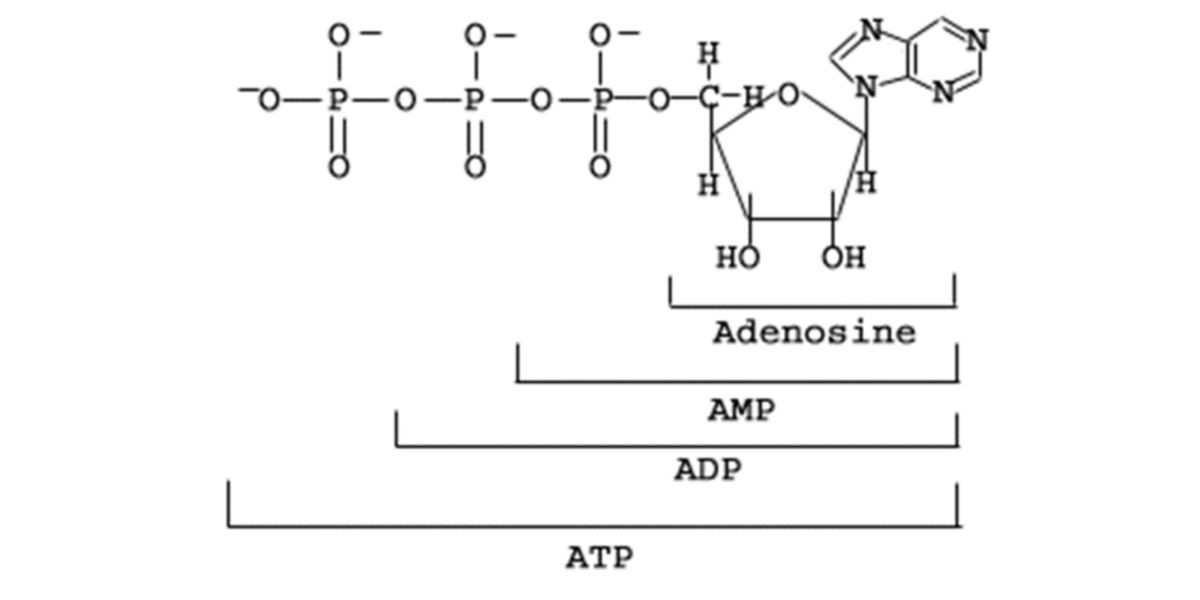 Figure I. Structure of adenosine phosphate (mono-, di-, and tri-).

AMPK is composed of 3 subunits (alpha, beta and gamma), each of them related to a different signaller; and in turn, each of the subunits is composed by subtypes of subunits, with alpha 1, 2; beta 1, 2; gamma 1, 2, 3…

AMPK is a concept that is widely used, but misleading. AMPK is a family of 13 kinases that can be found in the human genome, and we must specify which of the isoforms we are referring to in order to avoid confusion.

Even still, in this article we’re going to be looking at AMPK as a general concept to avoid making the topic even more complicated.

But it’s important to understand that AMPK is not something simple and static, rather a compendium of proteins, with units and subunits that perform specific functions and are distributed heterogeneously in the body’s tissues.

mTOR is a serine/threonine protein kinase that forms functional complexes with other proteins, hence it is known as mTORCx, which in turn is expressed in two sub-complexes:

Each one has a set of specific subunits: mTOR, Raptor, mLST8, PRAS40; and mTOR, Rictor, mSin1, Protor, mLST8; respectively.

These units influence the activity of each mTOR complex in a different way, they respond to different chemical stimuli, and it is important to know the role of each subunit to know exactly what we are talking about when we refer to “mTOR”. 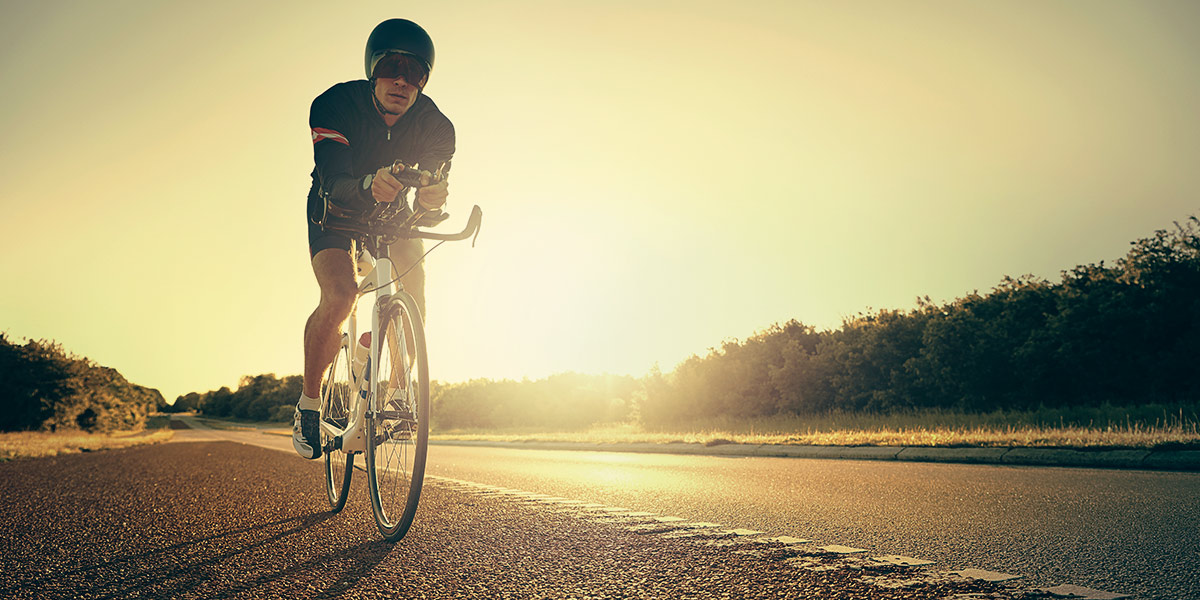 But I’m not going to go into this too much either. When discussing mTOR, we’ll be referring to mTORC1, and I’ll always talk about the complex as a global concept unless I refer specifically to some of the proteins that make it up.

mTOR acts as a regulator of anabolic processes at the cellular level: it modulates cell growth, accelerates the cell cycle, promotes cell survival and inhibits autophagy.

What’s the relationship between AMPK and mTOR?

You don’t have to be a genius to realise that we’re talking about two opposing concepts, right? 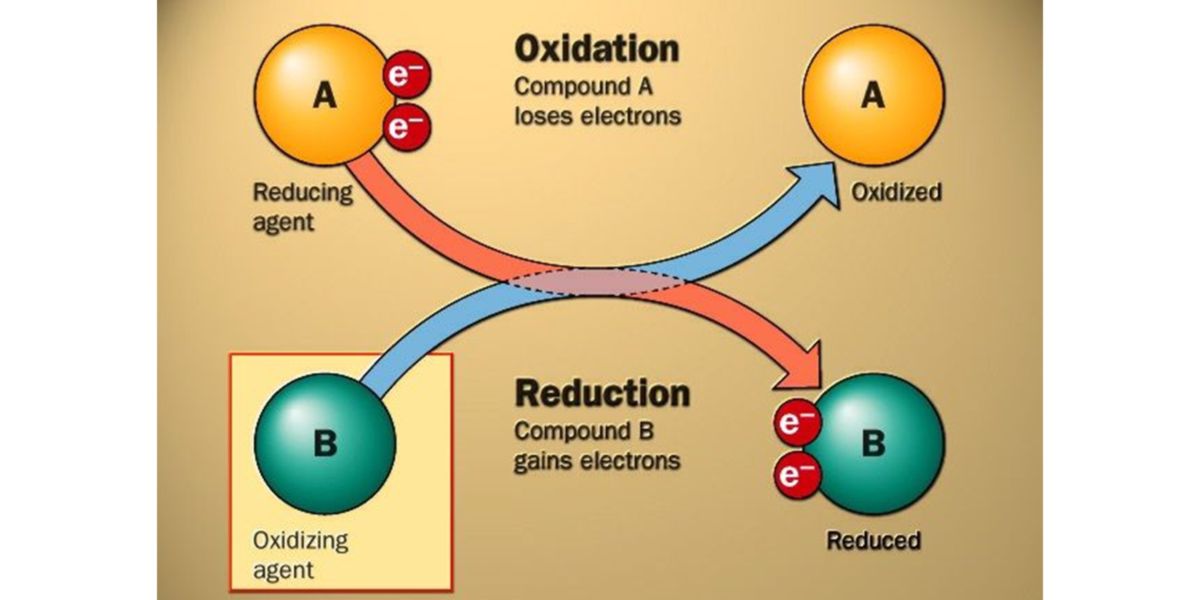 It’s not quite as simple as that, but, generally, that’s how it works, AMPK “breaks” to give us energy and mTOR uses energy to “construct”.

What’s important is that there’s a balance between the two proteins, because there’s a generally negative relationship between them (there are some cases that are not so, but they’re beyond the explanation of this article). 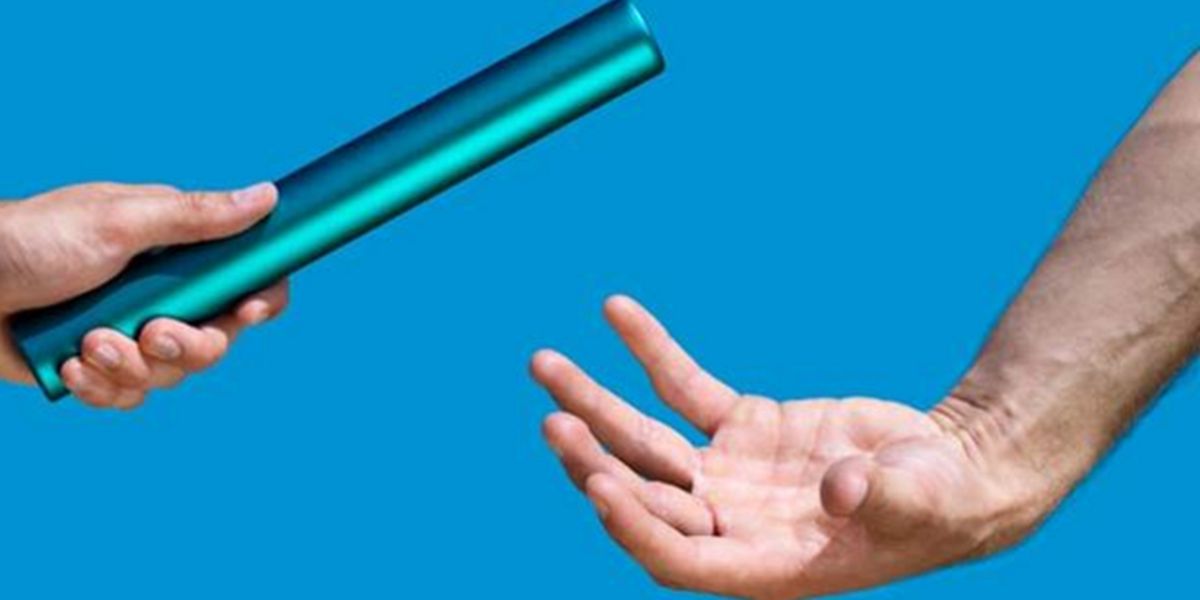 First one runs, then gives the baton to the other to continue the race, and so on, alternating so that everything works correctly in the body.

The over-expression of one of the two complexes leads to a deregulation that produces alterations in the people’s health.

Losing the balance between both sensors is not easy, but when it happens: 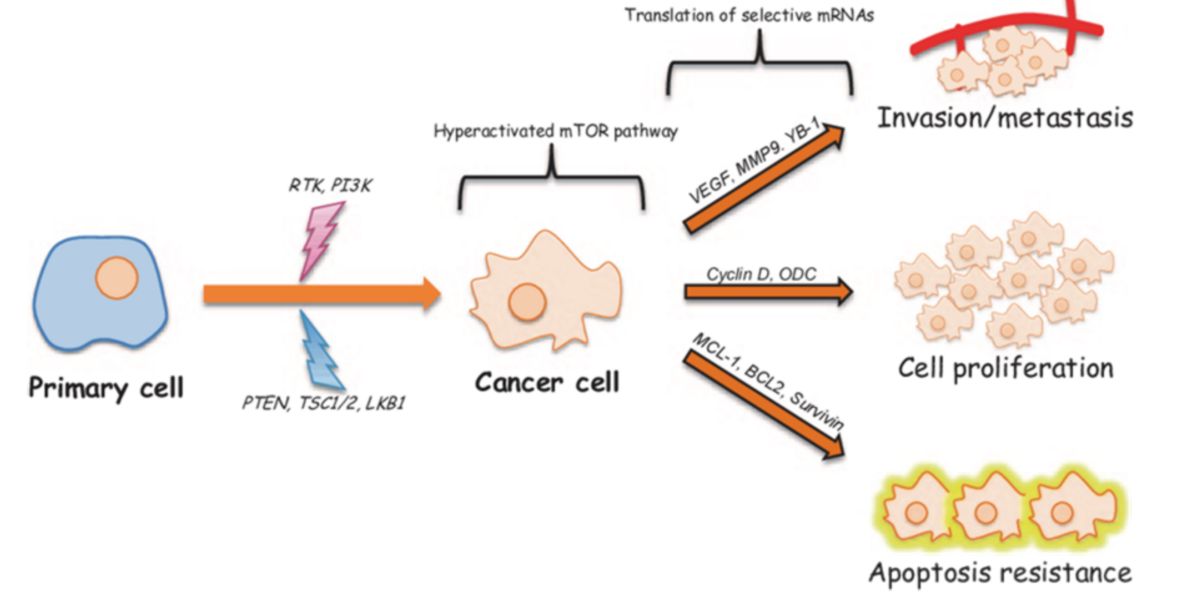 Figure IV. Mechanism through which deregulation of the AMPK/mTOR balance leads to the appearance, development and resistance of tumours.

So here we are with:

Things aren’t as simple as that buddy!

AMPK, as we’ve mentioned, has 3 subunits:

Imagine a waterfall, the intracellular signalling works like this: proteins or transcription factors that activate some, block others… 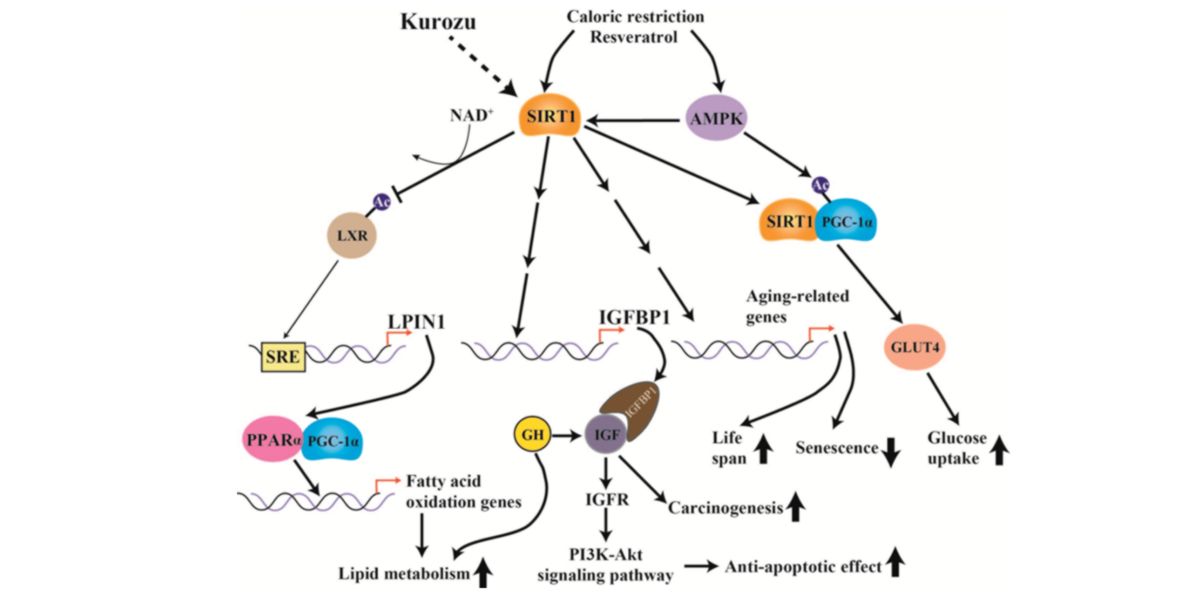 Figure V. Example of a signalling system initiated after consumption of kurozu, resveratrol and caloric restriction, mediated by SIRT1 and AMPK with the final physiological effects.

AMPK activation, amongst other factors: 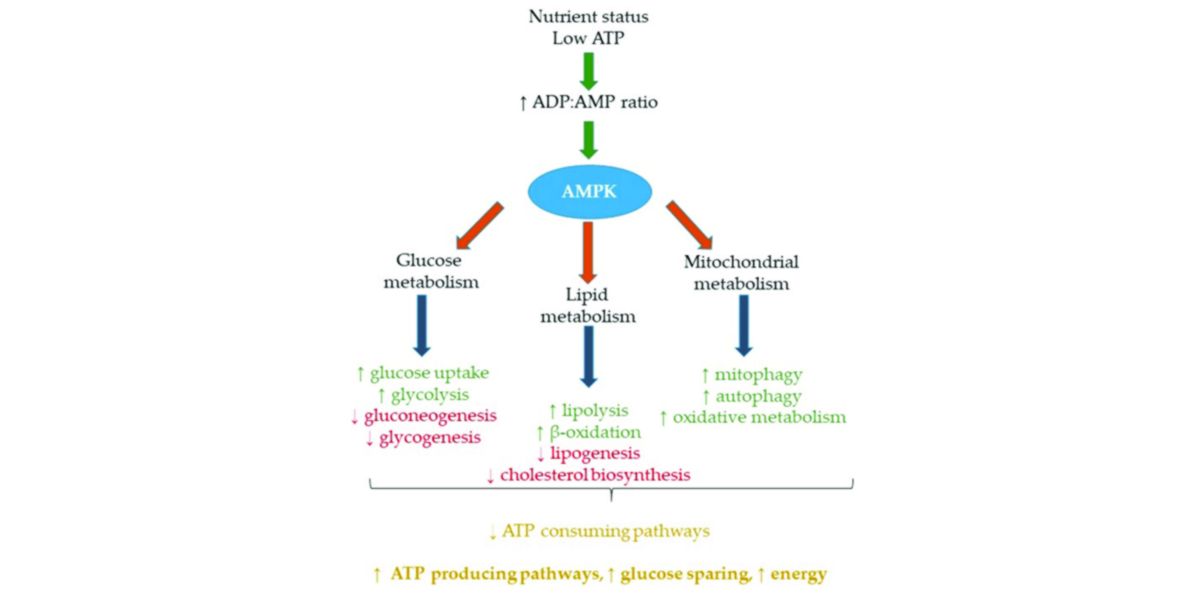 AMPK is an “emergency” kinase. If energy levels go down, it detects it, and goes into “survival mode” to get it anyway.

It degrades damaged structures of the cells to obtain energy from them; structures that must be recycled for us to maintain a good organic level, the famous autophagy, which we’ll look at later.

With AMPK in the lead, you don’t build, you destroy and clean up.

mTOR is part of 2 functional complexes: mTORC1 and MTORC2.

mTORC1 is the most relevant for us, as it’s the one sensitive to our changes in behaviour: such as diet or rest.

mTORC2 responds to insulin and growth factors. Although it’s true that they can be modulated by ourselves, it’s not so simple.

mTORC2 acts as a promoter of phosphorylation of mTORC1.

When is mTORC1 activated?

In the presence of concentrations of glucose in the cell, of amino acids, and in general of energy;

And in addition, when cell growth promoters are detected (this is also where growth factors come in).

mTOR understands that there is energy, there are reserves, we can start building and expending resources without fear, because we have enough, it detects it. 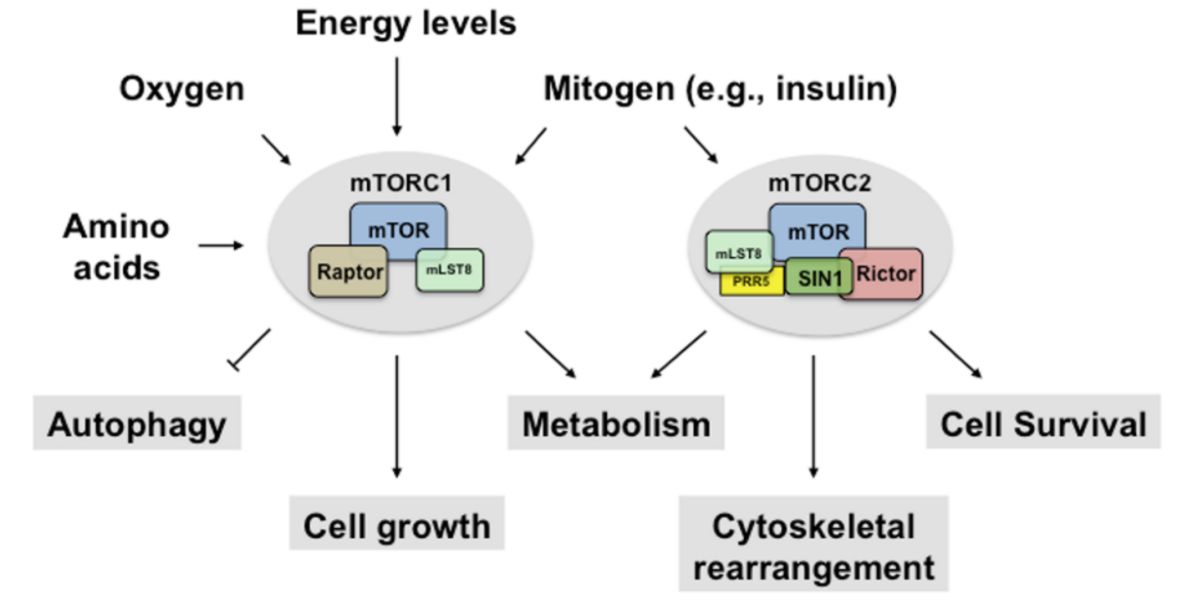 Figure VII. Activation and functions of both mTOR complexes.

One of the most discussed topics is the activation of mTORC1 by leucine, which, although true, is again a partial view of a complex issue.

Amino acids in general, their concentration, especially the presence of leucine and arginine in the cell, modulate the RAPTOR subunit of mTORC1.

They achieve this by activating a sub-family of GTPases called Rag, which interacts in a unidirectional way with RAPTOR. 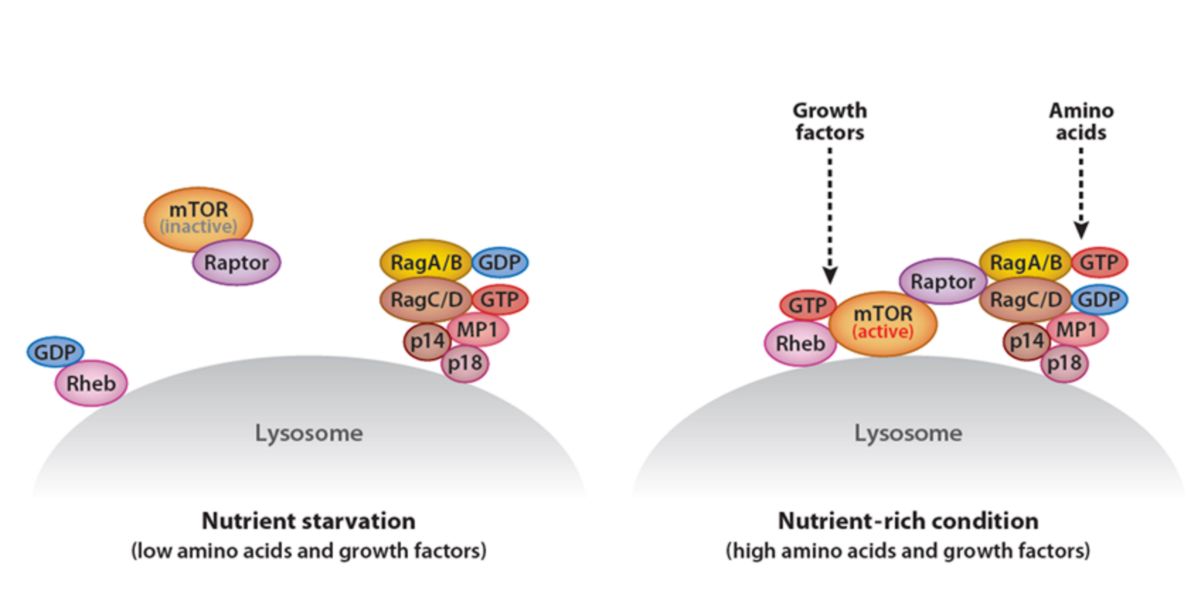 Figure VIII. Effects of two energy-availability conditions on the (in-)activation of mTOR.

This interaction leads to the activation or inactivation of mTOR and therefore to the response the body receives. What will the order be: build or destroy?

That’s why it’s important (amongst many other things) to consumer proteins to gain muscle mass; and calories!

We need an energy surplus to activate one of the main (but not the only) mechanism of cell growth: mTORC1.

mTORC1 is also an important modulator of ribosomal biogenesis, that is, of the proliferation of the organelles where the proteins are built, which will later become part of our muscle tissue. 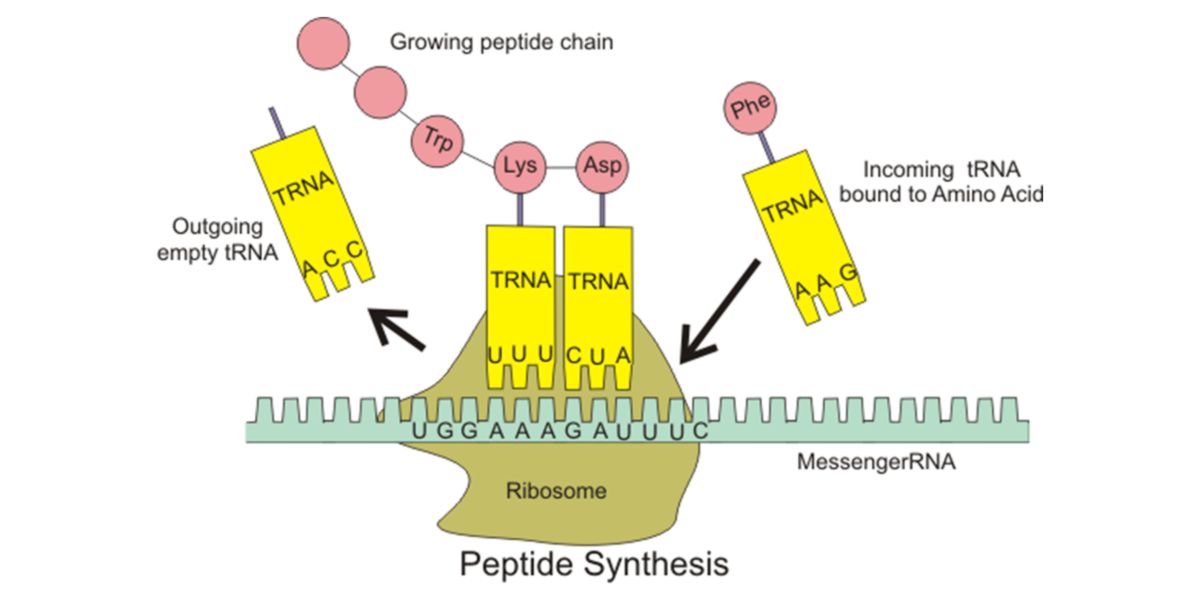 What is the interaction between AMPK and mTOR

The relationship between AMPK and mTOR is complicated and although roughly summed up as: “antagonism”, the mechanisms leave the door open to possible positive interactions between both factors.

Roughly speaking, the relationship between both proteins is as follows: 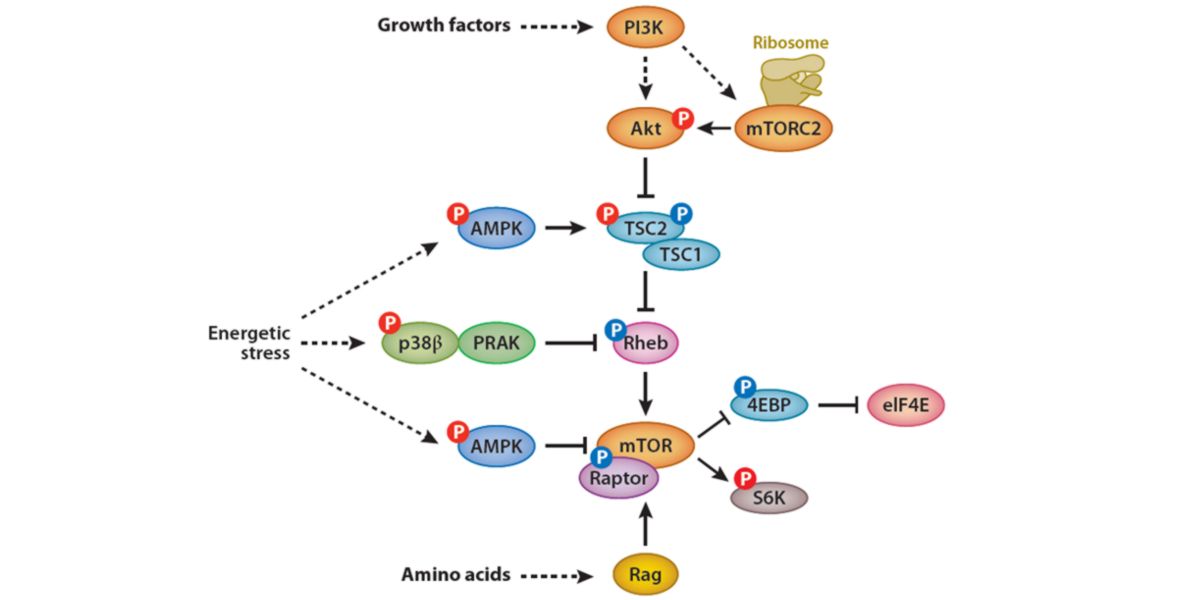 A simplified but fairly accurate view of the pathway’s central structure.

mTORC1 is activated by an increase in intracellular amino acid concentration (via Rag/RAPTOR), by a general increase in energy availability and by the presence of growth factors via mTORC2.

The activation of mTORC1 inhibits 4EBP1, a member of the 4EBP family, which in turn inhibits eIF4E, a protein movement initiator. 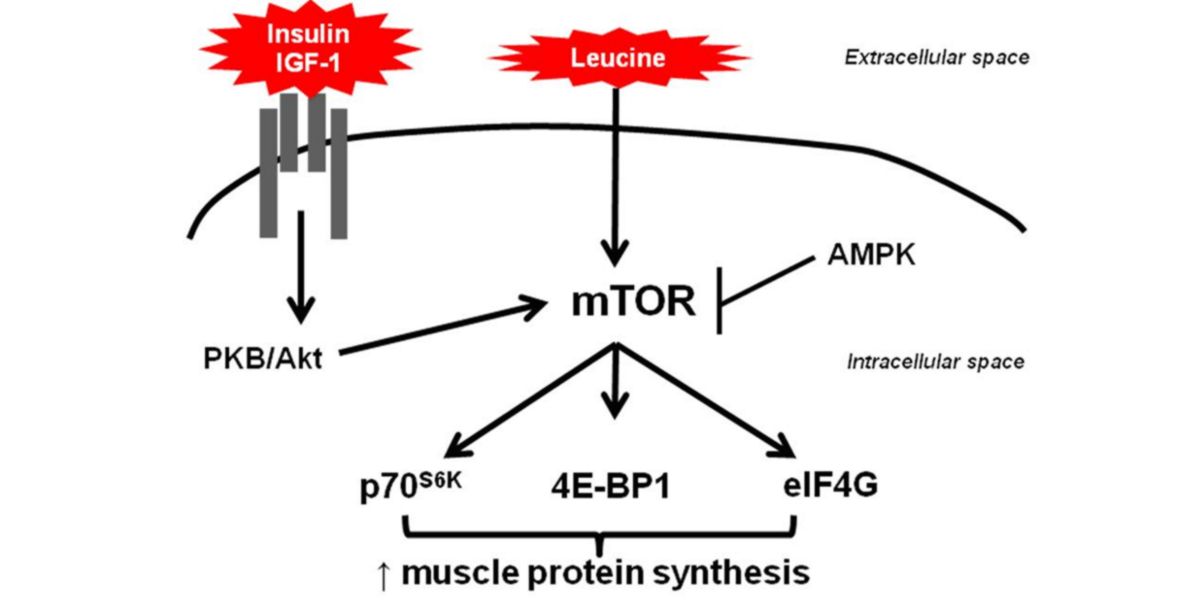 mTORC1 is directly inhibited through the blocking of RAPTOR phosphorylation by AMPK, so AMPK has a direct mechanism of mTORC1 inhibition.

Rheb is the most direct promoter of mTORC1 activation, which is also directly blocked by a mechanism independent of AMPK but dependent on low energy availability in the cell: PRAK.

AMPK also activates TSC, two functional complexes that block Rheb, so AMPK also has indirect mechanisms of blocking mTORC1. TSC is inhibited by the activation of the PI3K-Akt dependent insulin pathway that also regulates mTORC2, so this sub-complex has the ability to address the action of AMPK on mTORC1 inhibition. 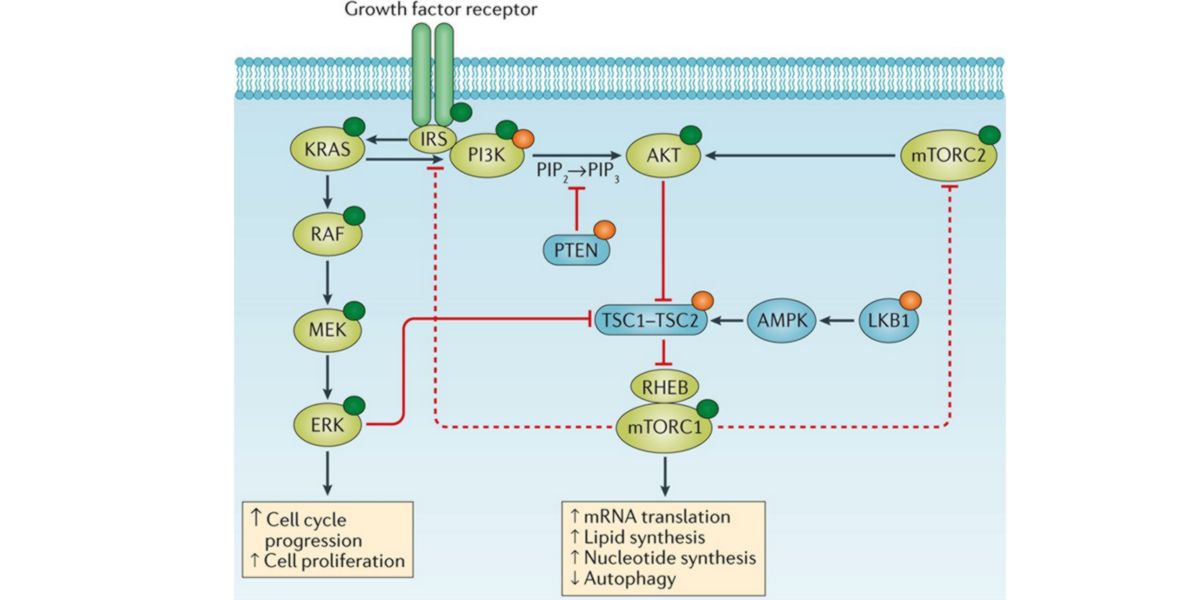 What is the relationship with autophagy?

A degradation process where structurally or functionally damaged cell components are “marked” for degradation (recycling).

AMPK promotes autophagy through activation of the ULK1 complex, while mTOR inhibits it by phosphorylating the same complex in another domain: 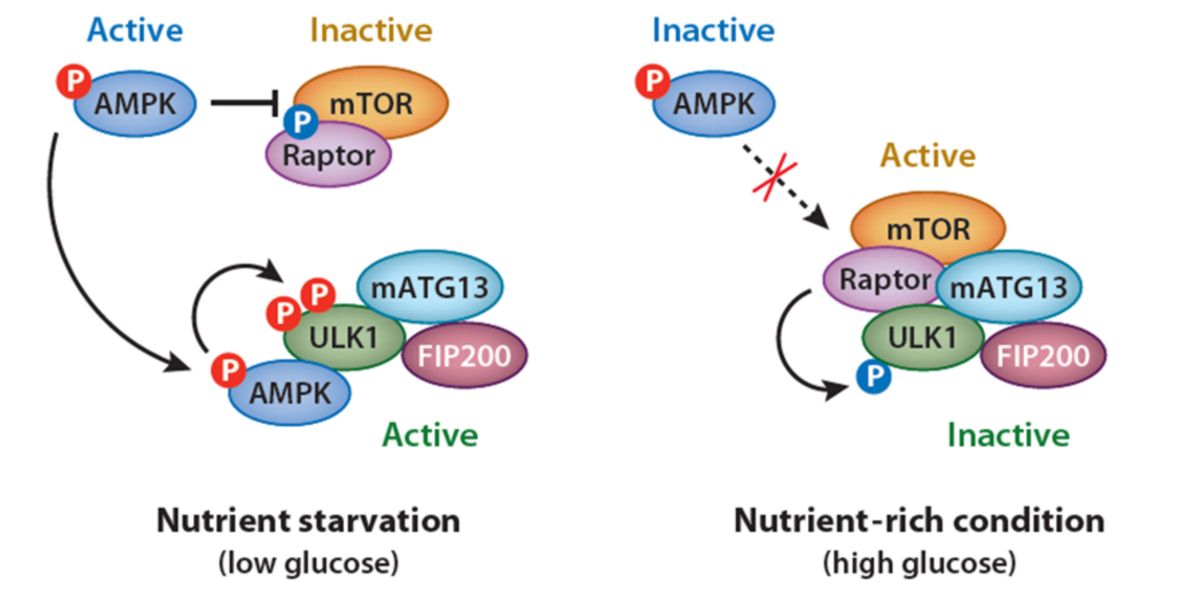 Figure XIII. Activation and inactivation of ULK1 by mTORC1- and AMPK-mediated phosphorylation.

Both mechanisms regulate the process of autophagy, which in turn regulates processes such as ageing, the appearance of certain types of cancer, neuroendocrine disorders…

As long as they are physiologically balanced, there’s nothing to worry about..

Nothing to fast, nothing to restrict…, don’t worry so much about the molecular mechanisms that underlie certain physiological effects and concentrate on maintaining as healthy a life style as possible, according to your goals. 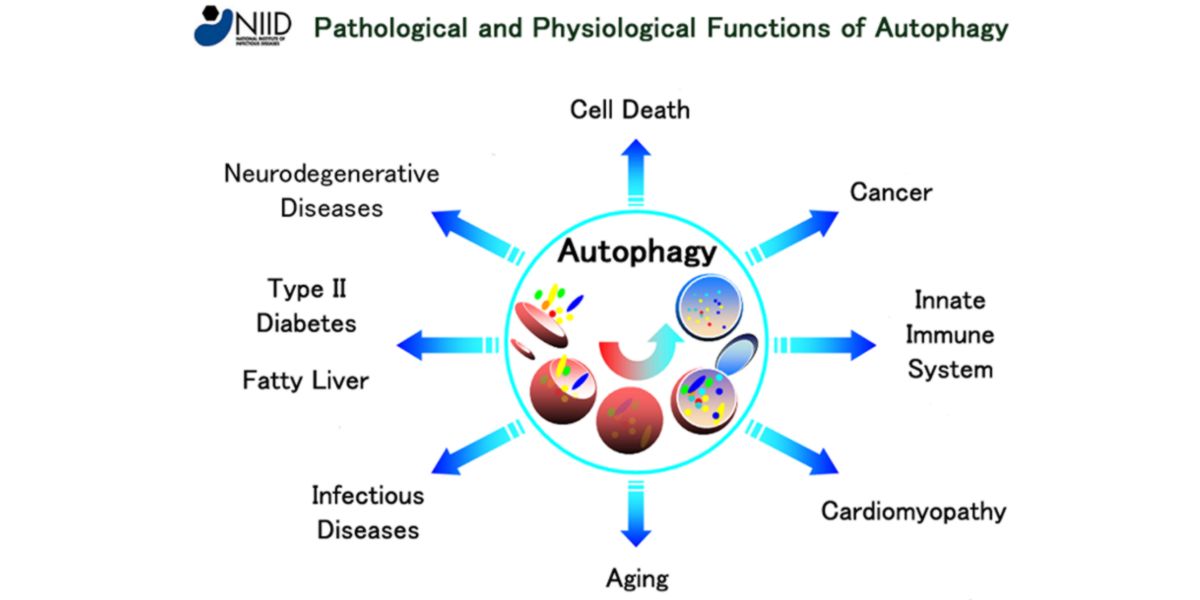 Figure XIV. Effects of autophagy on the body

Review of AMPK and mTOR

He is a specialist in metabolic physiopathology training and in the biomolecular effects of food and physical exercise.
Previous What is the Buffet Effect?
Next Oxytocin Benefits You Never Knew About
Related Articles 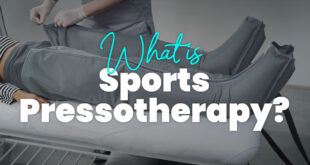 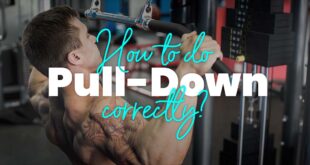 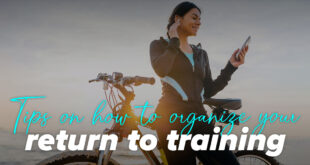 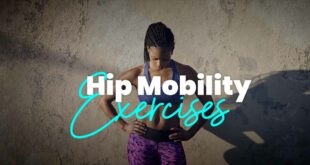