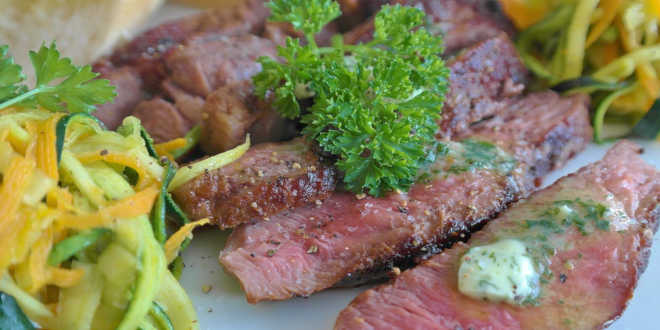 Foods Rich in Vitamin B12

Vitamin B12 is available in different foods and it is also called cobalamin or cyanocobalamin. It belongs to the large group of water-soluble vitamins which are in charge of: preserving the myelin sheath of the nerve cells, producing hemoglobin, transforming fatty acids into energy and, to a lesser extent, synthesizing DNA and neurotransmitters. 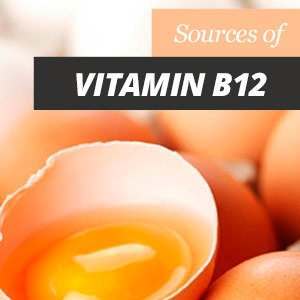 Problems caused by a Vitamin B12 Deficiency

A vitamin B12 deficiency can cause certain clinical conditions. For example, megaloblastic anemia, chronic fatigue, or neurological disorders such as numbness or tingling.

Problems with the absorption of Vitamin B12

This protein is known as the intrinsic factor. Some people suffer from an intrinsic factor congenital deficiency that causes pernicious anemia. Consequently, they are unable to absorb the vitamin B12 from food and dietary supplements.

People at Risk of a Vitamin B12 Deficiency

Daily Requirements of Vitamin B12

The requirements of our body go from 0.4µg which are the needs of a baby under 6 months of age, to 2.8µg, which is a woman needs during lactation. The average adult needs a dose of 2.4µg.

The liver is the organ that stores vitamin B12 and releases it according to the needs of the metabolism. The amounts of vitamin B12 that the liver is capable of accumulating can stretch from 3 to 5 years.

We need to consider something that is crucial when following a diet with foods that are rich in vitamin B12. Vegetables tend to lack the minimum amount unless they have been enriched industrially. Even then they have small quantities, for instance, brewer’s yeast, edible mushrooms and algae, wheat germ, and soy. This is why those who follow a vegan diet are advised to take Vitamin B12 supplementation.

Vitamin B12 from vegan sources

Many foods are enriched with vitamin B12 due to the important role of this micronutrient in the proper functioning of the organism. Therefore, vegetarians can also enjoy a source of vitamin B12.

Foods rich in Vitamin B12

Those foods that are regarded as a good nutritional source of this vitamin are the liver of mammals (especially pork), eggs, milk, and dairy products (specially cheese), most of the meat cuts of beef, chicken breast, molluscs, some crustaceans, and some blue fish such as tuna, salmon, and sardines. Let’s take a closer look.

In general, the meat from this animal is one of the most nutritious foods. Although there are some clear differences depending on the age of the animal and the cut of meat.

Cyanocobalamin is no exception, since its supply every 100 grams is of 2.0µg (micrograms) for the most lean meat, both for beef and veal.

Sirloin and Loin, (if it is ox, the quantity rises up to 13µg in sirloin).

Second and third class cuts drop to 1.4µg and lower in the case of yearling beef sirloin and lower-fat beef. In fact, it barely exceeds 1µg every 100 grams.

However, cooking the meat can reduce these nutrients due to the water-soluble nature of this vitamin. That is why it is more sensitive when it is processed.

The liver in its purest state, that is, from an animal that has fed on natural food (grazing, grains, and untreated forage) is one of the best sources of nutrients that nature can provide, including this vitamin. However, it is not advisable to consume this organ regularly due to the industrial food that they eat and the residues of veterinary medicines.

In quantitative terms, 100 grams of pork liver provides more than 30µg of vitamin B12.

As for the pate made with this raw material, it is certainly more appetizing than the organ itself, with the disadvantage that it has a high cholesterol index.

A way to benefit from its excellent nutritional profile consists on eating along with seeded bread, since its whole fiber helps to reduce the absorption of the saturated fats, which are a precursor of cholesterol.

This specific cut of chicken is another product that is rich in Vitamin B12, specially if it is eaten stewed and with no skin, since half a chicken breast provides 30µg of this vitamin.

It is a very attractive source of this nutrient due to its additional features, such as its excellent digestibility, exceeding even that of turkey, and being highly advised for weight loss diets due to its low energy content.

Eggs, now that the myth about them being a cholesterogenic food has been long forgotten, we can say that they are an ingredient that should be present in our daily diet, unless if there is some specific health condition that excludes them from our diet, like an intolerance.

Undoubtedly, it is the food with the highest content of macro and micronutrients. Their supply of vitamin B12 is quite significant, around 1.3µg per L class egg. As with many other nutrients, the yolk is the one that has all this this amount, so we can discard the egg white as a source of this vitamin.

As mentioned in previous sections of other foods, it should be noted that the cooking process reduces the concentration of cyanocobalamin of foods, but if we cook a fried egg or an omelette, this decrease is minimal.

The regular consumption of eggs is highly advised due to its easy digestion and because it produces a remarkable boost of the immune system and metabolism in general. 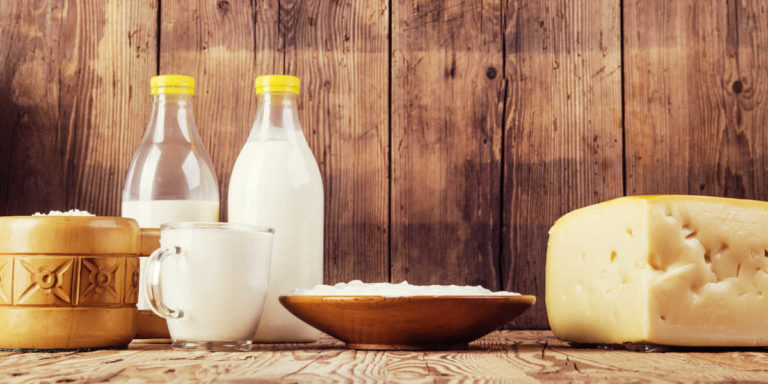 A quarter of a litre of skim milk provides approximately 1µg of vitamin B12, but one of its industrial derivatives, cheese, has a substantially higher amount of vitamin and to ingest the same amount we just need 30 grams of cheese. Thus, as we will see, the different types of cheese have significant variations regarding their cobalamin content.

For adults, the consumption of these 30 grams meets around a third of their daily demands.

The most remarkable differences are between fresh cheeses and cured cheeses, due to the abundant loss of water suffered during the maturing process, causing the loss of the concentration of the vitamin that was present in the original raw material.

Thus we could establish the following references:

Moving on from the delicacies offered by terrestrial cattle, we turn our attention towards the products of the sea, regarding mollusks, whose importance in terms of cobalamin is such that, for example, each gram of clams provides a microgram of this vitamin, and similar amounts can be found in oysters and mussels.

The octopus, a cephalopod mollusc, provides around 20mcg for every 100g. It is also quite rich in proteins, iron and selenium. It supports the metabolism, helps with the synthesis of new red cells, and preserves brain health. Moreover, it is low in calories, although it depends on the cooking method.

Within the crustacean family, we can highlight crabs, with a supply of almost 10mcg per 100g. Crabs are also very low in calories, which is excellent choice for a weight loss diet.

Unlike other shellfish, crabs contain chromium, which helps to control the glucose levels in the bloodstream. 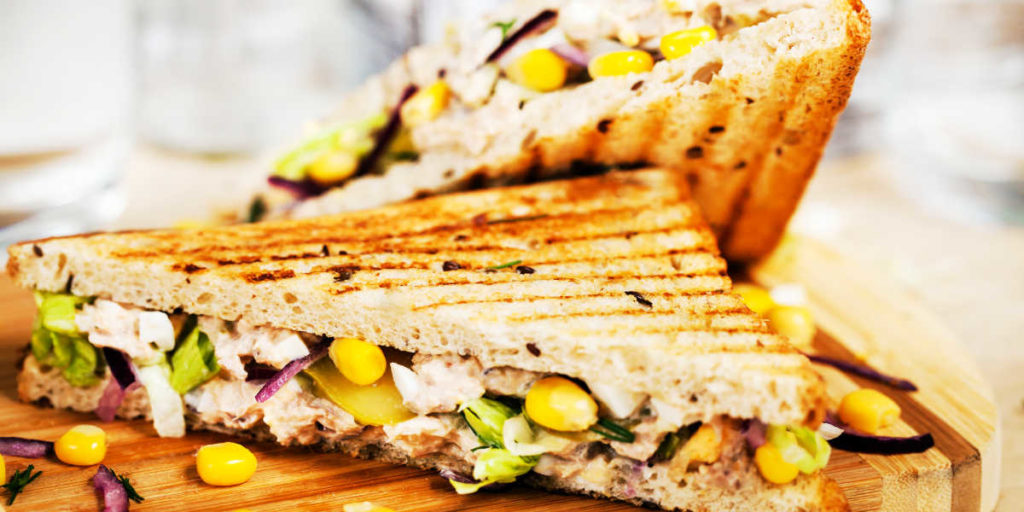 In relation to fish, in which we can also find food that contains concentrations of Vitamin B12 that makes them good sources of this vitamin, mostly blue or fatty fish.

Salmon is one of them, a healthy food par excellence, which provides a contribution of proteins and omega 3 fatty acids, and the significant amount of about ten micrograms of cobalamin in a 150 gram serving consumed cooked.

Tuna supplies similar numbers to those of salmon, and even the preserved tinned type provides approximately 3μg per 100 grams consumed. But its benefits in terms of vitamins do not end here, since it is an excellent source of fat-soluble vitamins such as vitamin A and D.

As for sardines, it has a vitamin profile analogous to that of tuna, to which we have to add its exceptional richness of polyunsaturated fatty acids and also of selenium, iodine, and phosphorus as minerals. Despite its similarities with tuna, it exceeds it in terms of vitamin B12 content, reaching 7.6μg per 85 grams.

To sum up, it can be said that if we follow a varied diet we will not run the risk of suffering a deficiency of this micronutrient, because as we have seen, the vitamin B12 in foods of animal origin is enough to meet this necessary contribution.

Sources of Vitamin B12 Review

"Knowledge Makes Stronger", Javier Colomer's motto, sets out his clearest statement of intentions expressing his knowledge and fitness experience.
@jvrcolomer
Previous Vitamin B12 – What is it, Properties, What is it for…
Next A deficiency of Vitamin B12
Related Articles 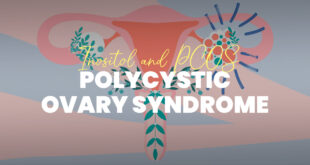 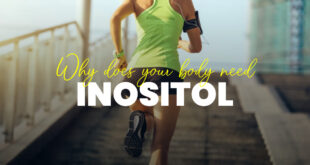