In stock. Immediate delivery.
Temporarily out of stock
Warning about our product information
Warning about our product information
Attention: The information shown on the website about composition and nutritional information is based on specific production batches. There may be slight differences between the product labelling and the information shown on the website, due to labelling updates.
These variations are minimal and always below the recommended tolerance ranges for food, which are detailed in the following European Commission document on the matter: GUIDELINE DOCUMENT FOR COMPETENT AUTHORITIES IN THE FIELD OF COMPLIANCE CONTROL WITH EU LEGISLATION
Sweetener powder. 100% Pure Xylitol. Microcrystalline micronised texture. Sugar sweetening power. Good taste. Withstands temperatures. Suitable for vegans.
Buy Xylitol powder. 100% RAW. Polyalcohol sweetener with a similar flavour to sugar. Suitable for vegans. No GMO. Super reduced price!
View more details

What is Xylitol powder?

Xylitol powder by FoodSeries is a food additive, E-967, based on 100% xylitol.

Xylitol, is a polyalcohol widely used in the food industry for the preparation of low calorie preparations, such as chewing gum and candies, thanks to its good taste, low bitterness and sweetening potency identical to table sugar.

This is a vegan-friendly product.

Because sugar plays a big role in the diet, full of energy, but it has to be restricted to avoid exceeding our daily caloric intake.

Xylitol is a polyalcohol used as a sugar substitute in bfoods and drinks.

Consumption of foods or drinks containing xylitol powder instead of sugar contributes to the maintenance of tooth mineralisation.

Why buy Xylitol powder from HSN?

The product is composed solely of Xylitol, with no other additions, in its RAW form, ideal for use in drinks and fitness pastry recipes.

Xylitol is suitable for vegan diets

The sweetener contains no ingredients from or derivatives of animals, so it is 100% suitable for vegans.

Taste and texture of sugar

Xylitol is so widely used because it is a sweetener with a sweetening power almost identical to table sugar.

As a result, people often think the taste of Xylitol is 'less artificial' than other sweeteners, such as saccharin or cyclamate.

It's the best sweetener for use in herbal teas, cold drinks and smoothies..

What other sweeteners can I use?

Don't miss out on:

Add until the desired sweetness is achieved. The scoop has a capacity of 0.5ml.

Questions
DO YOU HAVE ANY QUESTION ABOUT THIS PRODUCT? DON'T HESITATE TO ASK US!
Question about: XYLITOL POWDER
Log in and ask
CUSTOMER REVIEWS 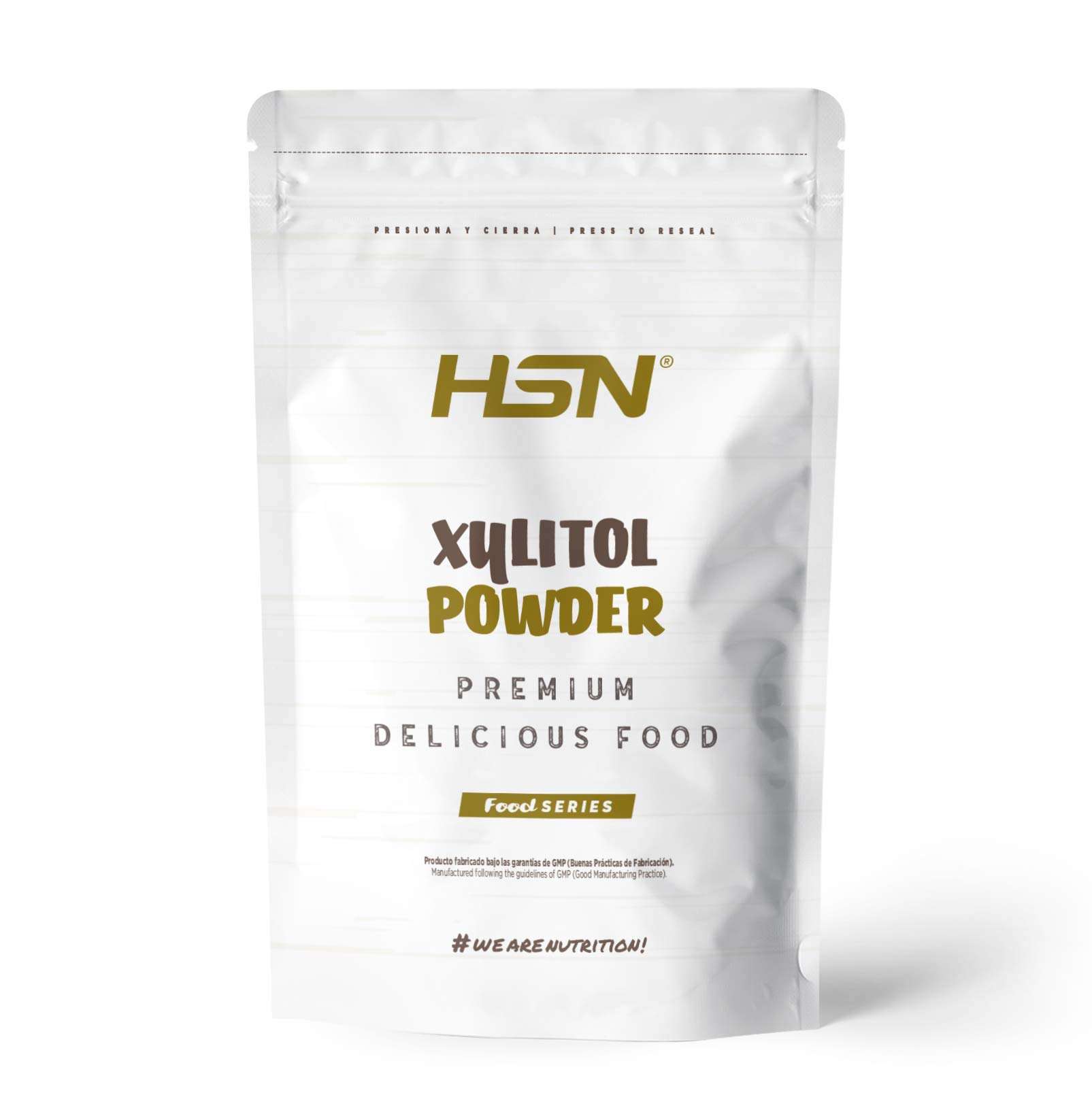 Very pleasant texture, like the sugar of all life, we do not notice the difference in taste, sweetens a little less but compensates because it has fewer calories and prevents tooth decay.

It sweetens very little, I have hardly been able to use it because you have to use too much product. I do not recommend it, I will try other options