In stock. Immediate delivery.
Temporarily out of stock
Warning about our product information
Warning about our product information
Attention: The information shown on the website about composition and nutritional information is based on specific production batches. There may be slight differences between the product labelling and the information shown on the website, due to labelling updates.
These variations are minimal and always below the recommended tolerance ranges for food, which are detailed in the following European Commission document on the matter: GUIDELINE DOCUMENT FOR COMPETENT AUTHORITIES IN THE FIELD OF COMPLIANCE CONTROL WITH EU LEGISLATION
Non-caloric sweetener. Taste similar to conventional sugar. 100% Sucralose without additives. Good solubility. Suitable for vegans.
Buy Sucralose powder. No calorie nor sweetener. Doesn't produce cavities. 600 times sweeter than sugar. Ideal for fitness baking. Delivery in 3-5 working days!
View more details

What is Sucralose powder?

Sucralose powder by FoodSeries is a food additive, E-955, based on 100% sucralose.

Sucralose, a chemically known as 4-chloro-4-deoxy-α-D-galactopyranose 1,6-dichloro-1,6-didesoxi-β-D-fructofuranosyl, is a chlorinated disaccharide derived from sucrose (table sugar), widely used in industry for its taste, that's almost identical to sugar.

This product is suitable for vegans.

Because new alternatives to sugar that taste similar but have zero calories are increasingly sought after.

Sucralose is up to 600 times sweeter than table sugar, with such a similar taste that it has positioned itself as the main alternative.

Sucralose has no calories

Whereas sugar does, altering the pH of dentine and facilitating the colonisation of caries-producing bacteria.

Consumption of foods or beverages containing sucralose powder instead of sugar contributes to the maintenance of tooth mineralisation.

Sucralose is suitable for diabetics

The consumption of foods or drinks containing sucralose powder instead of sugar contributes to the maintenance of tooth mineralisation.

Why buy Sucralosa powder from HSN?

HSN's sucralose powder is a 100% RAW product, with a high sweetening power, ideal for sweetening drinks and fitness recipes without adding calories.

Sucralose is a compound 100% suitable for vegetarian and vegan diets.

The amount of sucralose you need to sweeten a drink or dessert is extremely small.

If you buy 100g of our sucralose powder, exclusively to sweeten beverages such as teas and coffees, you can use the product several times a day and it'll still take years to finish.

Sucralose is currently the most commonly used sweetener in the fitness food industry, both in protein and dietary food preparations, because:

For this reason, sucralose is also the sweetener of choice for fitness bakers and dieter looking to replace sugar with other sweeteners.

What other sweeteners can I use?

Keep in a cool and dry place. The scoop/product quantity equivalences (grams or milligrams) are indicative, as the density of powdered products may vary between flavours and batches. We recommend the use of a kitchen scale in cases where precise dosing is required.

Keep in a cool and dry place. The scoop/product quantity equivalences (grams or milligrams) are indicative, as the density of powdered products may vary between flavours and batches. We recommend the use of a kitchen scale in cases where precise dosing is required.
How to take

Add until the desired sweetness is achieved. The recommended scoop is 0.5ml.

Questions
DO YOU HAVE ANY QUESTION ABOUT THIS PRODUCT? DON'T HESITATE TO ASK US!
Question about: SUCRALOSE POWDER
Log in and ask
CUSTOMER REVIEWS 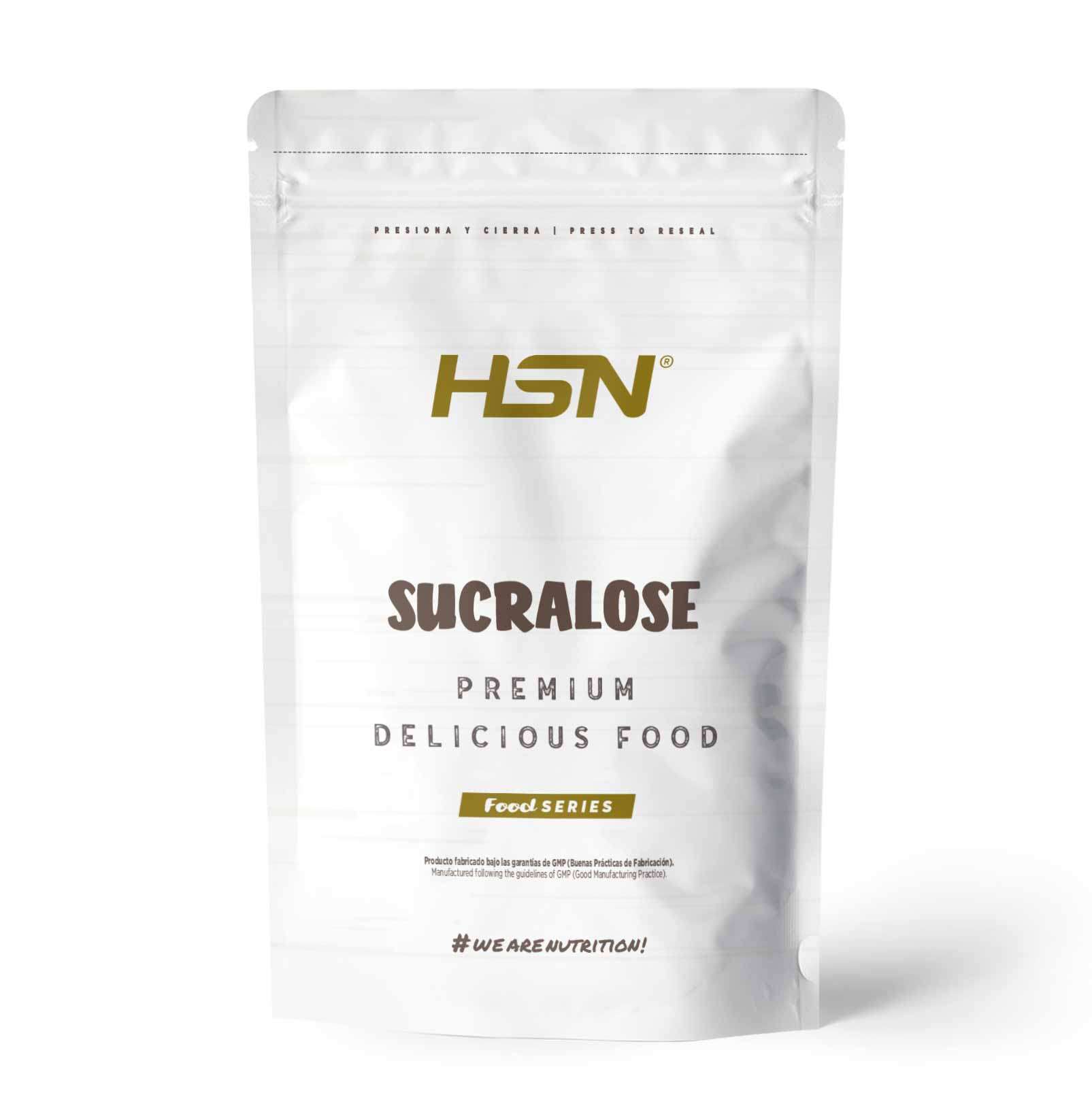 For me it is the purest sucralose I have found, without other additives, it gives me more than 8 months using it daily, in juices, in candies, in pancakes, in sauces, the taste is identical to sugar. I recommend it to a lot of friends. Thank you.

I never use it. A sweetener that tastes too strong.