Patients with diabetes type II can reduce their high glucose levels with a healthy diet, regularly performing physical exercise and keeping a healthy weight. There is also natural substances, such as cinnamon extract, chromium or dietary supplements that can help to considerably reduce hyperglycemia, improving this condition and the general health of the people who suffer it. 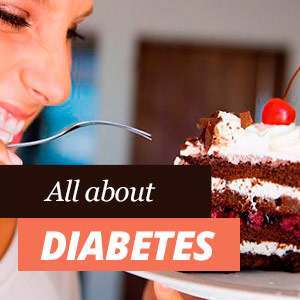 Diabetes is a chronic disease that can occur when the body loses its ability to produce enough insulin or to use it effectively.

Insulin is a hormone that is synthesised in the pancreas and which makes it possible for the sugars contained in food to be passed on to the cells of the organism, which are transformed into energy used in the muscles and tissues.

It is for this reason that a person who suffers from diabetes cannot properly assimilate the sugars in foods, so that that they continue circulating in the blood (hyperglycaemia), causing damage to tissues over time and making the liver convert excess sugar into fat. This deterioration of the tissues and excess accumulated fat leads to health complications that can be lethal.

Type 1 diabetes is an autoimmune reaction in which the body's defences attack the pancreas cells responsible for synthesising insulin, causing it not to produce the required insulin. The specific reason why this type of diabetes occurs is not known.

Type 1 diabetes can occur in people of any age, but is especially common in children or young adults. People who suffer from type 1 diabetes must inject insulin on a daily basis with the objective of maintaining balanced glucose levels in blood. If insulin is not injected, a person with type 1 diabetes may die.

People with this disease can lead a normal life, but should maintain a healthy lifestyle, take insulin daily, carry out periodic monitoring, follow a balanced diet and do physical exercise.

Each year the number of people diagnosed with this type of diabetes continues to increase. The reasons why this is happening are still not known, but it may be related to environmental contaminants, genetic predispositions, to certain circumstances occurring during the development of the foetus, the baby's diet in the first years of life and even viral infections.

Type 2 diabetes is the most common form of diabetes that exists and appears mostly in adults, but is becoming more common in children and adolescents due to a poor diet based on processed foods full of refined sugars.

When a person suffers from type 2 diabetes their body can produce insulin but either not in sufficient doses, or the body does not respond to its effects, resulting in an accumulation of glucose circulating in the blood.

Sometimes people who have type 2 diabetes may even have had it for several years without knowing it, since the symptoms are varied and sometimes not given any attention. Many people are only diagnosed when diabetic complications appear.

Although the reasons for developeing type 2 diabetes are not known with full certainty, there are several important risk factors such as:

The number of people with type 2 diabetes diagnoses has grown steeply each year.

This type of diabetes, called gestational diabetes mellitus (GDM) tends to be diagnosed for the first time in women when they become pregnant. When pregnant women develope diabetes it is due to the fact that their body can not synthesise or use the insulin required during pregnancy.

Gestational diabetes usually developes at an advanced stage of pregnancy, so the baby is already well formed, although still developeing.

For this reason, the risk to the baby is less than to babies whose mothers suffer from diabetes type 1 or type 2 before getting pregnant.

However, women with gestational diabetes mellitus should regulate their blood glucose levels to avoid possible risks to the baby. This is achieved through proper diet, but in many cases insulin injections or oral medication may be needed.

It is also the case that many people have high levels of glucose in the blood but fail to deveope diabetes. These people have impaired glucose tolerance (IGT) or impaired fasting glucose (IFG).

IGT is a condition that occurs when there are high levels of glucose in blood after meals, while IFG is the occurrence of a high level of blood glucose when fasting.

Persons suffering from ATG have a greater probability of developeing type 2 diabetes. In fact, ATG has many features in common with type 2 diabetes, in that it is associated with obesity, advancing age and the inability of the body to use insulin properly. However, not everyone with ATG developes type 2 diabetes.

Type 1 diabetes usually occurs suddenly and its symptoms are:

On the other hand, type II diabetes has no clear symptoms and comes about slowly over time. However, there are some symptoms that can indicate that blood sugar levels are not ideal, such as increased thirst, frequent urination, as well as tiredness and permanent fatigue. That is why it is so important to receive occasional blood tests and to get enough information about diabetes, in order to prevent its appearance throughout our lifetimes.

Gestational diabetes symptoms are also very difficult to detect. It is diagnosed during routine prenatal tests.

A urine test may be sufficient to diagnose diabetes, since it tells us if the glucose that is excreted through the urine has been altered in anyway. However, the majority of elevated blood sugar levels that accompany diabetes are discovered by chance during a routine check.

If your blood glucose is greater than 200 mg / dl, diabetes can be clearly diagnosed. When the values are above 100 mg / dl, further testing should be done before diabetes is diagnosed, as well as looking into glucose levels while fasting and two hours after a meal.

One need only analyse insulin antibodies in the blood to see whether or not type I or II diabetes are present. There are devices that measure blood sugar levels with a drop of blood, as part of diabetes treatment.

It is important to control gestational diabetes in order to avoid complications in childbirth and to care for the health of the foetus.

Treatment of diabetes: how are the different types of diabetes treated?

In type I diabetes, the patient must be with supplied with insulin throughout their lifetime tu compensate for its deficiency. However, in the treatment of type II diabetes, the cooperation of the patient is also very important, since simple measures can reduce the high sugar levels that accompany diabetes and thereby improve the patient's health and quality of life .

The most important measures for reducing diabetes are: following a healthy diet, exercise or any physical activity and weight loss. When these measures are not sufficient, diabetes is treated with specific drugs for this disease. There are also several natural products for diabetes that can be of great help in controlling glucose imbalances.

Only when pharmacological treatment has not been successful in reducing blood sugar levels, should insulin also be administered to those suffering from type II diabetes.

Diabetes prevention: how to prevent diabetes with natural products

Fortunately we have valuable information that some foods are very effective in helping to avoid the risk of diabetes and even in helping to control it. Among these foods the following stand out: cinnamon, chromium picolinate, aloe vera, bitter melon, nettle, fenugreek and stevia.

There are other foods that contain active ingredients that are most beneficial for the treatment of secondary diabetes symptoms, such as poor circulation. Those prepared from garlic and ginkgo are especially helpful for improving blood flow and are very beneficial for people suffering from glucose.

Diabetes prevention: can we prevent and avoid an increase of blood glucose?

Unlike type I diabetes, development of type II can be prevented and even avoided entirely. It is essential that those suffering from type II diabetes have enough information on how they should act to protect their health.

They must do some kind of physical activity, since exercise aids the proper functioning of insulin in the body and reduces obesity. Patients with diabetes should also follow a healthy diet, which has a positive effect on glucose levels and helps protect your health.

Tips for people suffering from diabetes: