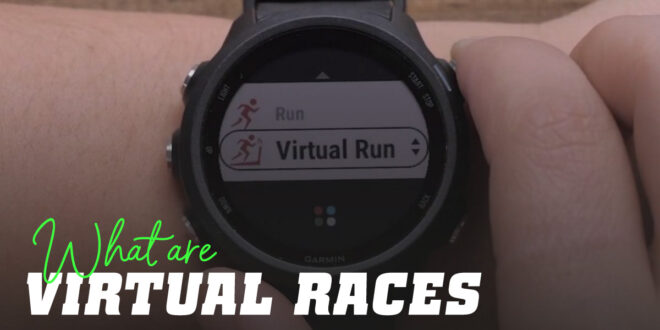 Do you know about Virtual Races?

Virtual Races have proliferated as an alternative to the impossibility of being able to compete physically under the circumstances.

Virtual Races have proliferated as an alternative to the impossibility of being able to compete physically under the circumstances. Our planned competitions have been canceled due to the situation we are living in right now, in the last few months of the year.

However, some specific events are taking place, such as in the case of endurance sports: athletics and triathlon.

However, since the beginning of the Pandemic, many of us had already predicted that there would be few competitions in 2020 and that, in this situation, the best thing to do was to focus on improving as sportsmen and women.

In the months of the quarantine, we witnessed a more than exponential increase (almost 400%) in sales of home training equipment; the sale of treadmills, rollers and exercise bikes has left warehouses, even today, empty. 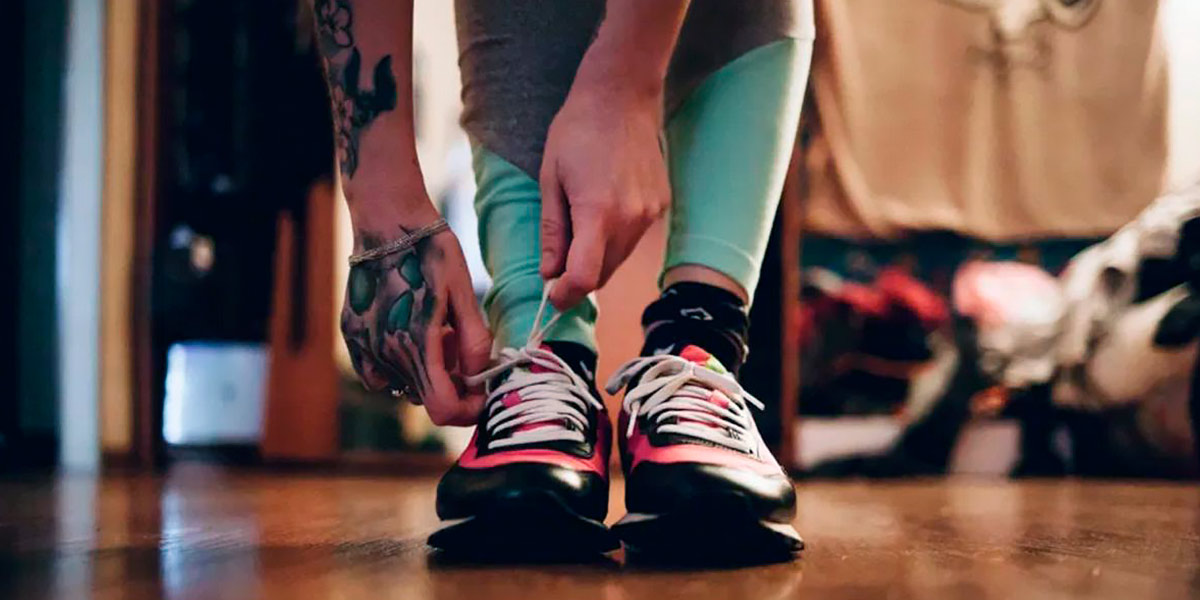 We had the desire and the illusion that these competitions would be held in one way or another.

For those of you who practice athletics, cycling or triathlon, you will already know about those apps in which you can dump your data after a training session to see who has the best times in certain fields. Although this was already done before, in these months and in the coming months, virtual races are experiencing a substantial increase.

What are virtual races?

Virtual races are the alternative to races and/or trials that were held in a certain location, on a certain date.

It is a way of maintaining motivation for athletes and amateurs who are participating in these races, in which one of the main characteristics is that you can do it within a certain period, in the place where you are, ultimately registering your time data as distance covered.

Although in the world of cycling and triathlon, through different training platforms and simulators, this was a practice that had been going on, nowadays the number of challenges through these virtual platforms has increased. 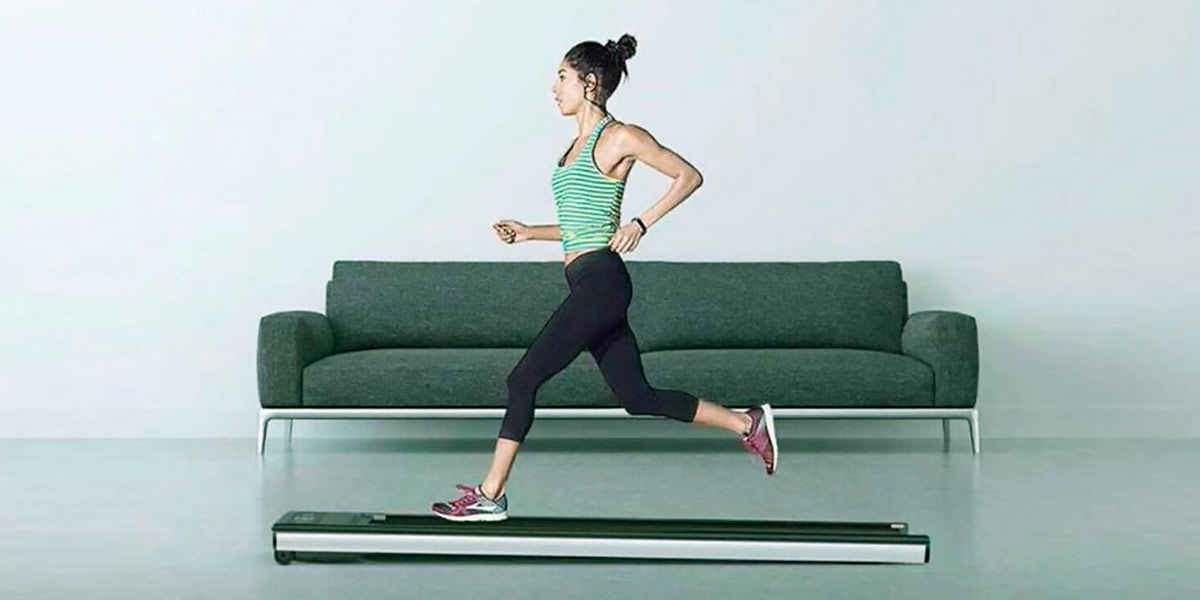 There are different modes and options, which makes it a very versatile alternative.

How did they start?

If before quarantine, virtual competitions and training with other athletes on the other side of the world were already being done… now, it is one of the most widespread alternatives.

Not only among athletes, but also among sports event organisers who have switched to a virtual format, in order to be able to maintain, even if in a different way, sports events.

And this is not for nothing if we take into account the amount of money that sports events generate.

With the cancellation of the vast majority of sporting events, virtual races are presented as an alternative for those athletes who need a target to train, or to measure our fitness… or simply to train differently.

Why are they so successful?

Without a doubt, being able to do and participate in a race, or stage of the Tour, or a training session with your club mates, for example, each from home, is an option to maintain motivation and not to train alone. 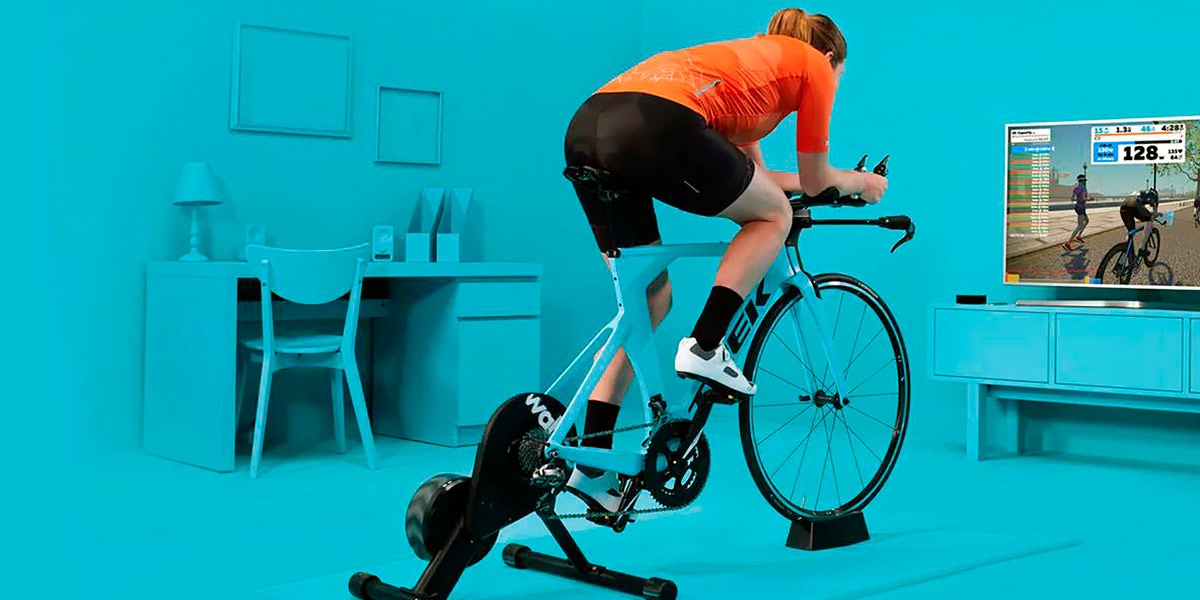 In other words, it maintains motivation and interaction with other participants, which is already a challenge.

Furthermore, after the growth in sales of treadmills, exercise bikes and rollers, the number of people who now train at home is greater, so this option is also presented as a fun and challenging alternative.

How do I participate?

Participating in this type of virtual event is very simple.

You register on the platform of the event in which you want to participate. Usually you have time to be able to do that race.

Once you have completed your virtual race, you can download your watch and pulse meter data (Garmin, Suunto, Polar and other devices) and link them to the profile created during the race, and that´s it.

Currently, all these platforms, simulators, applications connect and synchronise easily with the vast majority of GPS training devices.

Also, platforms like Bkool, in this case specialised in cycling (simulator), were holding virtual sessions, which in essence is the same idea. 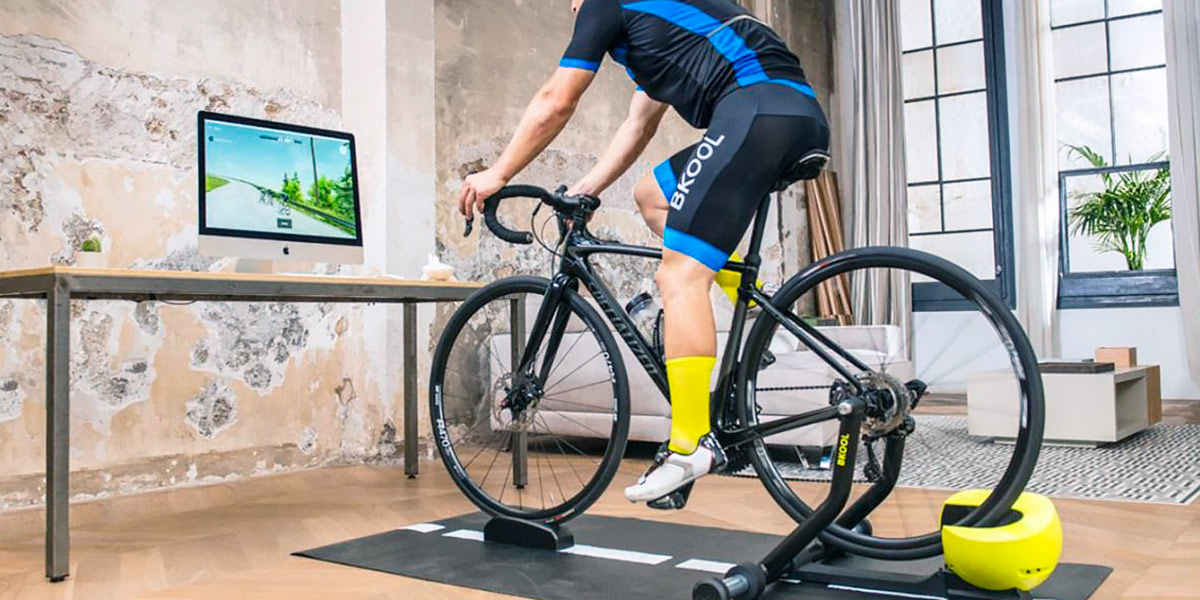 During the months of confinement, for example, the Spanish Duathlon Championship was held through the Zwift platform on April 5th. The date on which the event was scheduled to take place.

That is, this type of virtual event is nothing new, although it has been as a result of the suspension of sporting events. But the months spent in isolation by athletes is when the boom in this type of event has grown exponentially.

The words KOM, PRs or segments are more than common and usual in any cycling route (road or mountain), as well as among athletes running on asphalt or trail.

These applications have created the possibility of creating leagues or competitions (which can be open or closed) in which you can measure yourself against friends or amateurs like you, turning them into rivals for a specific period of time. 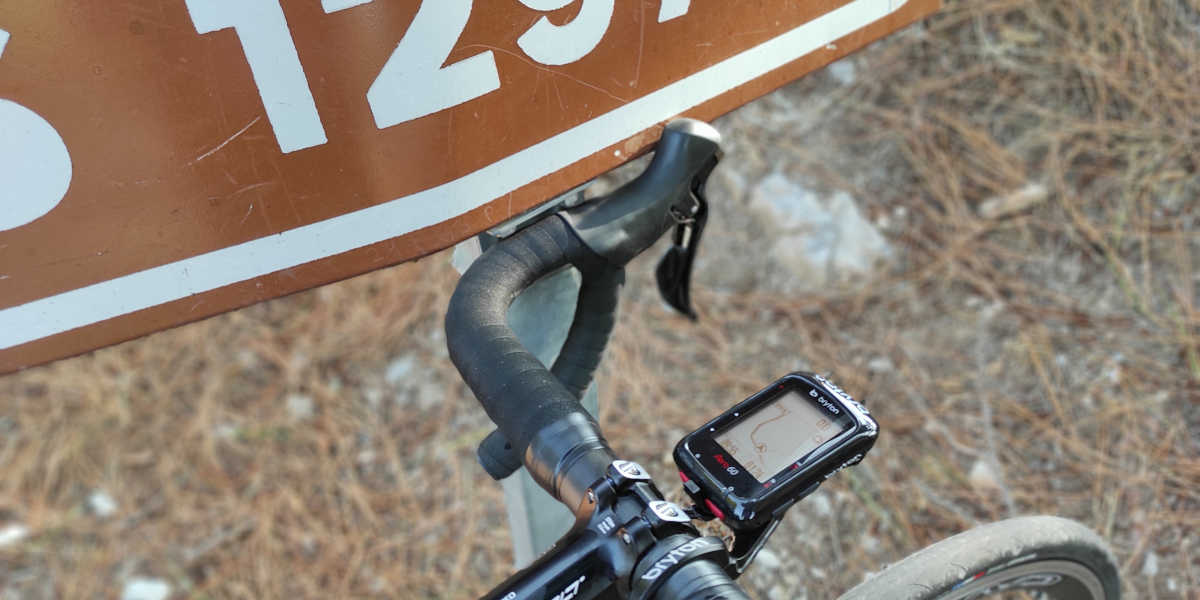 Follow your GPS map to complete the challenges set by the training apps.

Would you like to know about an example of how Strava has created authentic monthly tests with virtual recognition for those who succeed? Click here and take part in the tests related to your favourite sport

What types of virtual races exist?

At the moment, the options for participating in a virtual race are practically infinite.

In addition, there are a large number of them that have a solidarity and/or charitable purpose, which makes it much more appealing.

Those virtual tests in which a certain distance has to be covered in the best possible time.

The records of your race will be uploaded to the event’s platform, either directly with the data from your watch, or it can be done manually.

These virtual races can be done on a specific date (day, time), or you can do them over a longer period of time, thus offering more versatility. 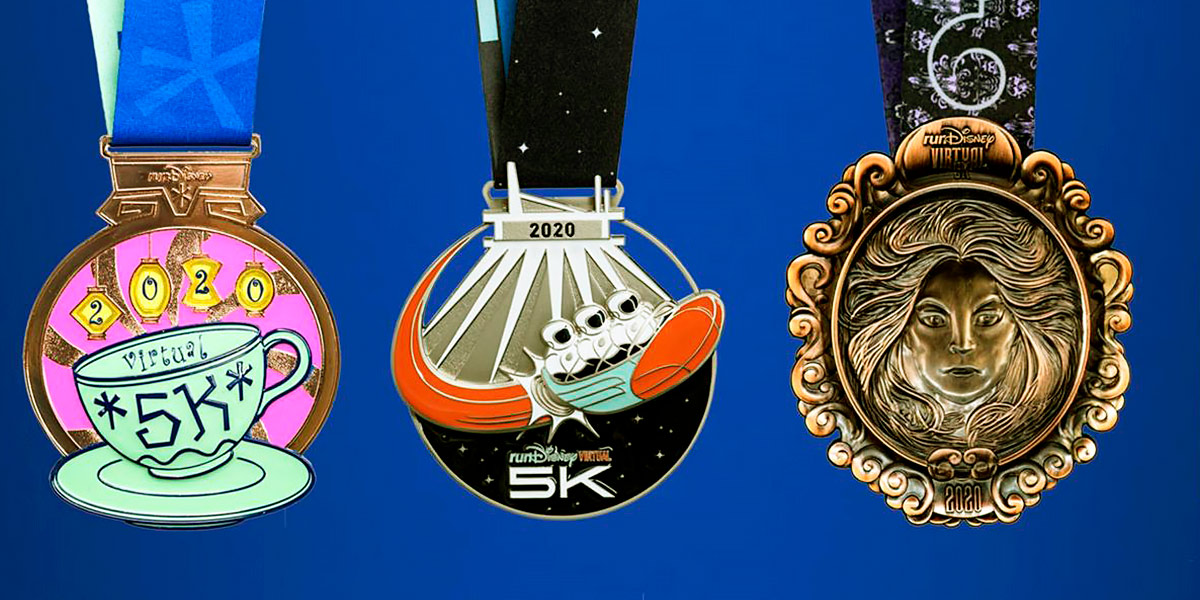 Another option on the part of the organisers has been to organise several races as part of a kind of league, in which the best results would be added, completing the different races or trials.

The vast majority of the races that were going to be held in Spain and which, due to circumstances, will not be able to be held as in previous editions, have the option of a Virtual Race.

Among one of the most popular races in the national panorama that, happens to be run in a virtual way is the SAN SEBASTIAN BEHOBIA.

In the 10 km long popular races, in Madrid for example, you can also register to participate virtually.

In the United States there are many leagues, circuits of various races in which you can also achieve, depending on your participation and results, medals.

IRONMAN BRAND: Virtual races and virtual triathlon, with the option of prizes and slots for the world championships in 2021. 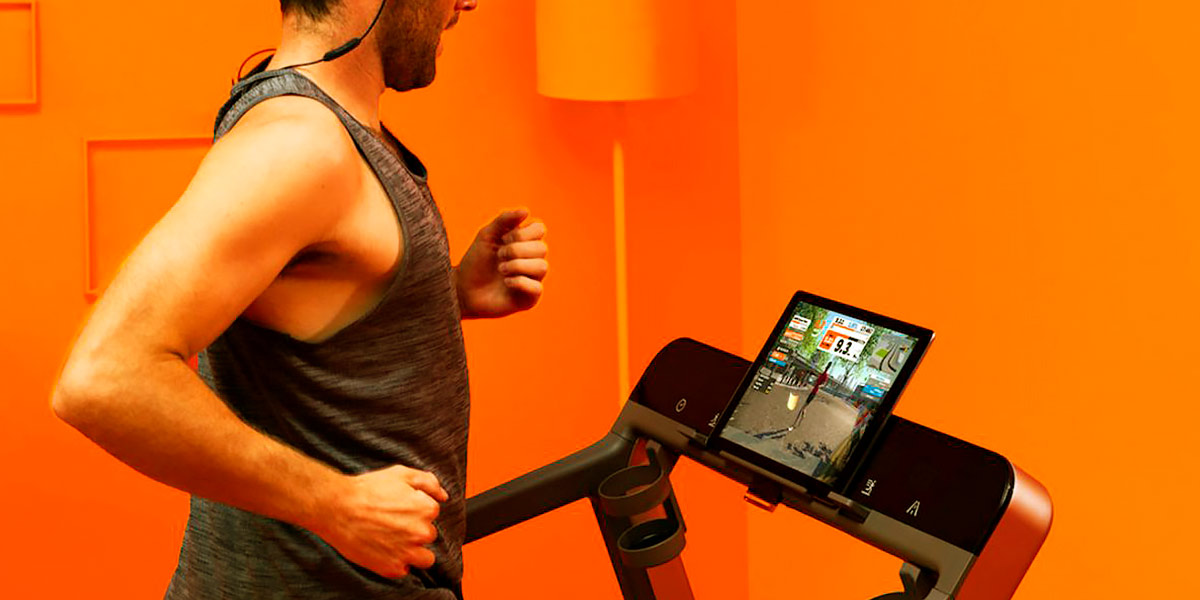 This year, the Ironman World Championship will have virtual challenges and races.

VIRTUAL WOMEN’S RACE: one of the best-known races in Spain , which is held in 7 different cities, is now in virtual format, starting with the one in Valencia this weekend.

MAPOMA CIRCUIT: The popular races in Madrid organised by this association will go into virtual format in the coming months.

ZWIFT RACES: This platform carries out challenges and races practically every day.

And there are still people who do not want to participate in this type of event?

Although it is true that this new modality allows many athletes to be motivated by a goal, or to participate as a test to see their level and state of form, there are still many of us who resist it.

In my particular case, what motivates me is the competition and its environment: the nerves at the start, the previous preparations, the meeting with other athletes, the public… and for the moment I don’t find motivation in participating in this type of event.

However, I do find this type of virtual meeting very interesting, to train with friends or teammates. We will see how this whole situation evolves in the coming months and whether these virtual races have come to stay.

In the meantime, let’s continue to train, keep motivated and hopefully return to our competitions soon.

Sport runs in the blood of Isabel, which she has proven since she was very little up until now. She wants to share that passion with all those who are passionate about sports.
@mytrainingshoes
Previous Yogurt: a great Support for your Immune System
Next Heading to Tokyo 2021: A day in the life of a fan athlete, by Saúl Craviotto
Related Articles 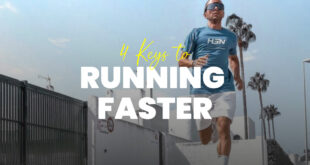 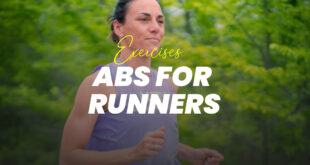 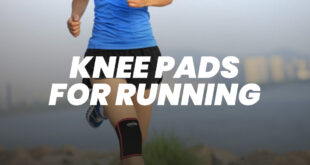 Knee Braces for Running: When should I use them?
6 min. of reading
Check Also 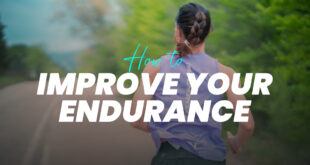 How to improve your running base: what you need to know

In this article, I explain how to improve your running base, starting with understanding what …