In stock. Immediate delivery.
Temporarily out of stock
Warning about our product information
Warning about our product information
Attention: The information shown on the website about composition and nutritional information is based on specific production batches. There may be slight differences between the product labelling and the information shown on the website, due to labelling updates.
These variations are minimal and always below the recommended tolerance ranges for food, which are detailed in the following European Commission document on the matter: GUIDELINE DOCUMENT FOR COMPETENT AUTHORITIES IN THE FIELD OF COMPLIANCE CONTROL WITH EU LEGISLATION
Palatinose powder. 100% Palatinose™. RAW format. Neutral flavour. Low GI. Suitable for vegan diets.
Buy Palatinose Powder. RAW Format HSN. More energy and low glycaemic index. Special Intra-workout. Suitable for Diabetics, Vegan and Kosher.
View more details

View full analysis
Remarkable aspects:
For these sports:
Customers like you also bought

Palatinose powder by RawSeries is a vegan powdered food preparation based on isomaltulose from beet sugar.

Isomaltulose is a disaccharide formed by linking glucose and fructose via an α1,6- (6-0-α-D-glucopyranosyl-D-fructose) glycosidic bond, instead of the classic α-D-glucopyranosyl-(1→2)-β-D-fructofuranoside bond of sucrose.

Palatinose powder is a plant-based sugar, suitable for vegetarians and vegans..

You can use Isomaltulose to sweeten your coffees and teas!

Palatinose has a low glycaemic index, making it an excellent source of carbohydrates before and during training and competitions.

Palatinose™ is ideal for the production of rehydration, hypotonic, isotonic and hypertonic beverages, as its low hygroscopicity makes it less reactive in water, more stable, and it maintains the pH of the beverage better than other sugars, maintaining its osmolality.

Palatinosa powder by HSN has been developed as a product with the characteristics of our RAW range, including the presentation of pure raw material with as little processing as possible.

The product contains only and exclusively 100% Palatinose™ isomaltulose.

It is a food supplement:

You can combine Palatinosa powder with:

1 Sugars should be replaced in foods or beverages (which reduce the pH of the plaque below 5.7) with sugar substitutes, i.e. intense sweeteners, xylitol, sorbitol, mannitol, maltitol, lactitol, isomalt, erythritol, D-tagatose, isomaltulose, sucralose or polydextrose, or a combination thereof, in amounts such that consumption of such foods or beverages does not reduce the pH of plaque below 5.7 during and up to 30 minutes after consumption.

2 This effect occurs when the reduction of the content of other sugars is at least 30 % compared to a similar product.

Keep in a cool and dry place.

Adjust the dosage to the desired taste. Suggestion: Mix 1 scoop 50ml (50g) with 250-300ml of water or fruit juice. Take 1 to 3 times a day as required to increase your daily carbohydrate intake. Palatinose® can also be used as a sweetener.

Questions
DO YOU HAVE ANY QUESTION ABOUT THIS PRODUCT? DON'T HESITATE TO ASK US!
Question about: ISOMALTULOSE (Palatinose™) POWDER
Log in and ask
CUSTOMER REVIEWS 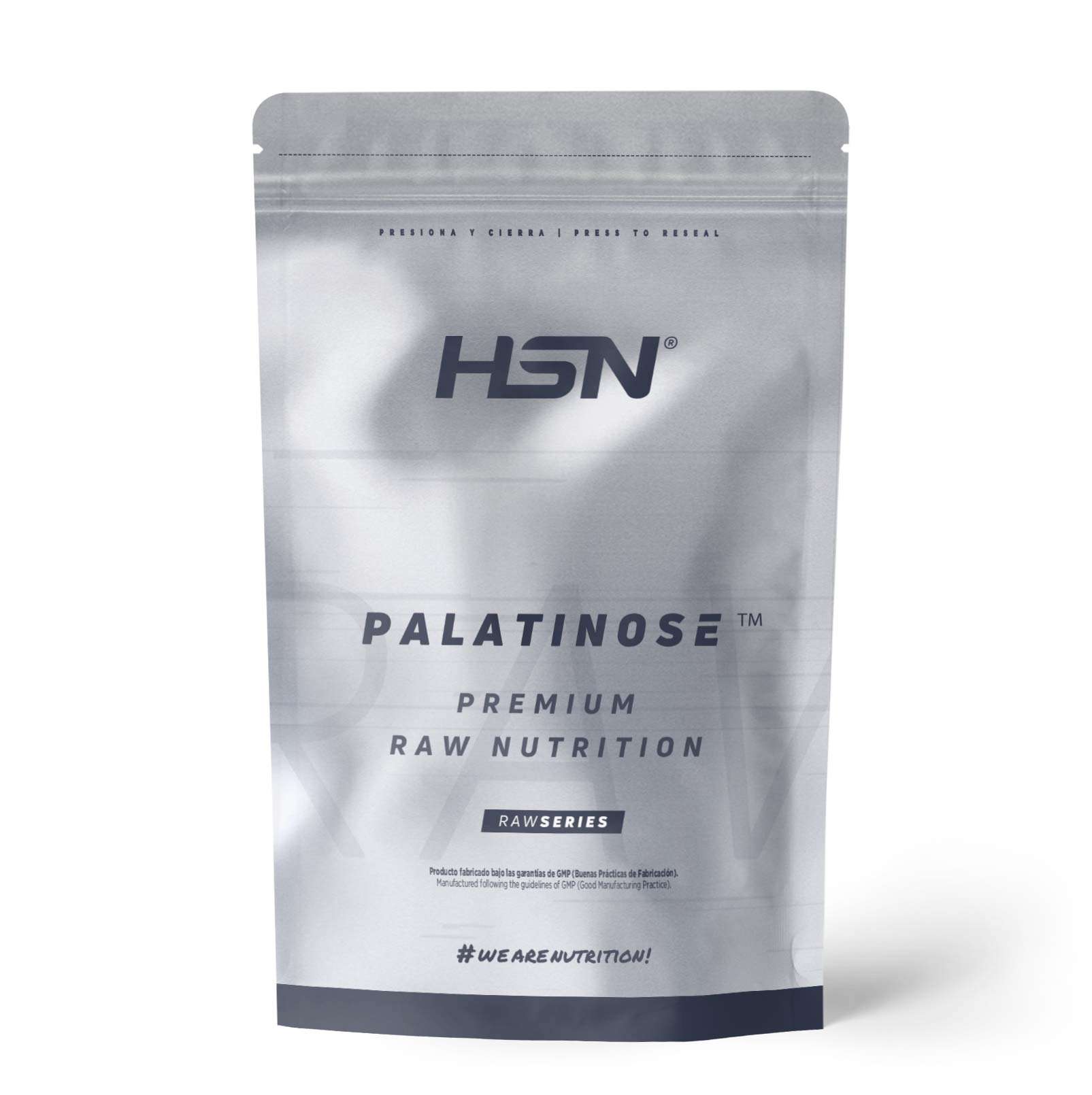 A real discovery for me. I mix it with Maltodextrin and fructose to fill my cycling bottles and it is a real fuel for the legs on long distance routes. 10 product.

For when you can not eat or want some more energy while consuming, if you overdose you can get diarrhea or gas.