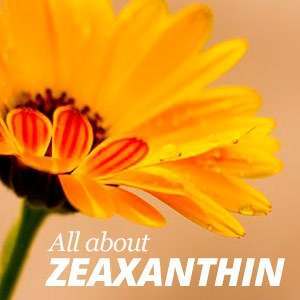 Zeaxanthin is a carotenoid with a high antioxidant activity. It is found in high concentrations in the eye’s macula. Nowadays there are studies that support the use of zeaxanthin supplements to prevent/improve certain health conditions, such as macular degeneration or cataracts.

Zeaxanthin is a pigment that is found in nature as an organic constituent of the vegetable species from the genera Tagetes and Calendula. Among these herbaceous annual plants, we can make mention to the English Marigold and the Mexican Marigold for their large composition of this pigment. Additionally, note that there are also significant amounts in bell peppers and Mexican chillies.

Zeaxanthin, along with Lutein, is one of the greatest exponents of the natural pigmentation of food, which in the large-scale, are part of the general group of substances known as carotenoids.

The existence of this type of compounds is vital for vegetable metabolism, due to their function as photosynthesis promoters and as an ultraviolet radiation filter, avoiding an excess of quantum energy absorption which could damage the plant’s organelles.

Within the carotenoid classification, the Xanthophylls subgroup stands out for providing the species that carry it with a yellow or brown colour. Integrating the Xanthophyll division, we may find:

As a chemical compound, once extracted and purified, the zeaxanthin acquires the form of an orange-red crystalline powder, nearly insoluble in water and practically odourless, requiring a temperature of 207ºC for its transition to a liquid phase.

This carotenoid pigment, as its analogue lutein, has a singular location in the human body: the macula, the central area of the retina to which we owe our sharp vision. Its function within the complicated ocular mechanisms is based on its antioxidant activity. In this sense, it avoids the chemical reactions, which would cause the formation of free radicals, being triggered. These free radicals are extremely harmful for the soft tissues, especially those that constitute the globe of the eye.

This powerful antioxidant action translates into a very specific benefit in the ophthalmic pathology field: the prevention of macular degeneration, an insidious and irreversible process linked to age and opacity of the lens. In fact, sufficient intake of lutein and zeaxanthin through our daily diet or via nutritional supplements reduces the risk of developing cataracts by up to 20% and macular degeneration by up to 40%.

As members of the carotenoid group, there are noticeable affinities between zeaxanthin and beta-carotene, but the metabolic pathway followed by the organism for their use, is not one of them.

While the beta-carotene behaves as a precursor of vitamin A, transforming into this molecule and being stored in the liver as a reserve, zeaxanthin keeps its chemical identity and is distributed mainly in the macula of the retina and the lens.

Additionally, it can be found in important concentrations in asparagus, peppers, oranges, persimmons, and mandarins. Regarding vegetables, one of the methods to obtain maximum zeaxanthin absorption is to steam cook them or eat them raw. Moreover, for an optimal absorption, it is advisable to serve the zeaxanthin source with a food product that has some fat content, as the pigment is fat-soluble.

An excellent alternative may be to combine them with olive oil, in the case of the salad vegetables. And regarding meet origin food, egg yolk stands out for its content in this carotenoid, providing 0,25 milligrams of zeaxanthin.

Recent research, has revealed interesting conclusions in relation to the efficiency of the organic absorption of this pigment, such as the fact that smoking is a clear inhibitory factor for the absorption of carotenoids in general, and zeaxanthin in particular, increasing the risk of suffering adverse reactions as a consequence of zeaxanthin supplementation.

On another note, some medications prescribed to fight high blood levels of cholesterol, such as bile acid sequestrants, produce a reduction of the levels of carotenoids that are available in the body. Some margarines, with vegetable sterols in its composition, are suggested to obstruct the zeaxanthin absorption process.

According to the FAO/WHO Expert Committee on Food Additives, the Acceptable Daily Intake (ADI) for zeaxanthin is around 2mg/kg of body weight, a figure well above what is normally recommended for a daily consumption.

While there are no conclusive clinical data on the effects of prolonged consumption of high amounts of this pigment, the European Food Safety Authority carried out an assessment with the sufficient scientific rigour which showed that the daily intake should not exceed 1mg per kilo of body weight. However, it should be noted that people who have been diagnosed with macular degeneration may require amounts of up to 10mg of zeaxanthin a day to achieve appreciable benefits.

For people with ingrained habits of consuming tobacco or alcohol and those with diets that do not give the due importance to fruits and vegetables, the needs of providing exogenous zeaxanthin are greater. In turn, supplementation may be necessary in patients with pancreatic or hepatic insufficiency, Crohn's disease, celiac disease (gluten intolerance) or those who have had their gallbladder removed.

Zeaxanthin is closely connected to lutein, reason for which a lot of scientific studies treat theses substances together as they provide similar benefits. Both Zeaxanthin and Lutein are stored in body fat, although their different distribution in the eye derive in different functions. 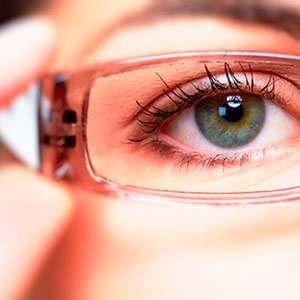 The human body does not posses the genetic programming required to synthesize this substance, thus it strictly depends on an external supply, as its presence is key for a correct functioning of the body.

The most outstanding property of this product is its capacity to fight the formation of free radicals in the cell’s plasma membranes, in such a way that it prevents the damage from the main oxidative molecules, instigators of the solar injuries that our eye globe can suffer. In fact its modus operandi, can be represented as the formation of a shield over the macula, protecting the cells from the high frequency from the light ray.

In addition, its preventive effects on the formation of cataracts have been widely tested, establishing a cause-and-effect relationship between the lack or insufficiency of zeaxanthin and the genesis of this deterioration of the lens.

Its antioxidant action contributes to improving the condition of the arterial walls, which makes it a tool to be taken into consideration for the prevention of cardiovascular diseases, one of the three main causes of mortality in developed countries.

Different types of cancer, mostly located in the respiratory system (larynx, pharynx and lung), admit a certain degree of reduction of the risk of its onset with an adequate presence of zeaxanthin in the body, according to certain epidemiological studies.

The intervention of free radicals as predisposing agents for cellular injury is not limited to the ocular field, and therefore, zeaxanthin is able to mitigate the effects of inflammatory processes and fight aging by preventing damage at a membrane level. The skin, highly exposed to the effects of ultraviolet radiation, clearly responds to the benefits of a zeaxanthin-rich diet, which can help protect it from the oxidative deterioration caused by free radicals.

It should be noted that this pigment also has a role, a more secondary one, in the prevention of common diseases such as the flu or dental caries. Moreover, according to some research, that still requires further testing, it could help prevent Alzheimer's and senile dementia. In the nutritional field, it has gained prominence as a nutraceutical agent because of its proven visual health benefits, since January 2013 when the European Union allowed the introduction of synthetic zeaxanthin to the EU market.

Most of the xanthophyll supplements currently available in the market for vision protection are different combinations of zeaxanthin and lutein. For its commercial utilization, the red flowers of the Tagetes erecta plant and the marigold are used as substrate.

A synergy between a healthy diet rich in carotenoid foods and a regular intake of xanthophyll supplements seems to be the ideal formula for maximum benefits.

But not only should we make mention to its virtues in the physiological field, but, for example, in the food industry its antioxidant properties give it a proven ability of avoiding soy oil going rancid. 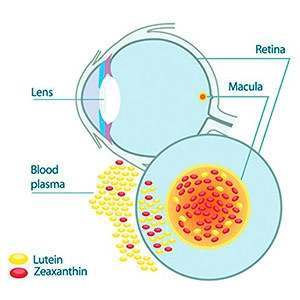 In the agricultural sector, one of the most striking effects that it has is produced in maize. It effectively contributes to stop the proliferation of aflatoxin-producing fungi species, in the grain. Aflatoxin is a metabolite that requires favorable environmental conditions of humidity and temperature, and that once they contaminate maize they become a major health threat through the food products that contain this cereal.

The orange colour it grants the raw materials with which it enters into action makes it an excellent tool for the production of multiple food products, among which we will mention baked products, processed cereals, baby food, fruit juices and nectars, jellies and marmalades, soups, chewing gums, etc.

And with regard to the formulation of compound feed for poultry (both egg and meat production), its use seems to be indispensable to achieve the consumer’s desired tone of egg yolk and chicken skin.

Side effects of Zeaxanthin

This pigment, when reasonably consumed, hardly has recognised side effects, being considered of high food safety. Purified zeaxanthin is included in the list of GRAS (Generally Recognizes As Safe) substances, based on toxicity studies practised on animals.

Nonetheless, certain precautions should be taken. For example, the consumption of supplements that are rich in zeaxanthin is not recommended in pregnant or lactating women, which does not mean that the physiological needs can not be covered via diet.

Occasionally, there has been side effects described, similar to those from multivitamin complexes and minerals, such as gastric discomfort, headaches or a strange taste. 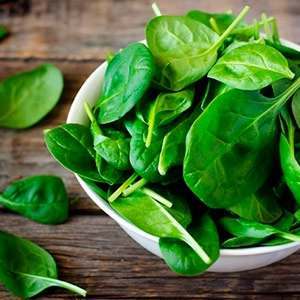 Zeaxanthin, as happens with lutein, does not meet the requirements to be catalogued as an essential nutrient, as this depends on whether there is an evident need of this substance for growth or to maintain health, on the other hand, there is not enough strong evidence documented in the scientific literature that an insufficient intake leads to deficiency disorders or death.

However, in 2013, the competent organs of the European Commission determined that the circumstances justified the introduction of synthetic zeaxanthin on the market, triggering the start of the production of different pharmacological and nutritional preparations that contain it as the principal active ingredient. Regarding dietary practices that can be highly beneficial, we can say that vitamins C and E are nutrients that have demonstrated a good synergy with zeaxanthin for the preservation of the integrity of ocular tissues.

It may be concluded from this statement that mixtures such as salads made of spinach, tomato, carrot, corn, egg, oil (preferably olive oil) and lemon, orange or mandarin juice may be an ideal component of the diet to achieve said objective.

Astaxanthin is another pigment that fits perfectly into the dietary approach aimed at preventing macular degeneration and cataracts. Because of its excellent ability to cross the blood-retinal barrier, it is distributed through the brain tissue, the central nervous system in general and the eyeball. This property confers natural astaxanthin with a singularity with regard to the rest of the substances, that not even beta-carotene has.

The polyunsaturated Omega-3 fatty acids also play an important role in this dynamic. The reason resides in that the chemical composition of the plasma membrane of the vision specialized cells (cones and rods) is very abundant in one of these fatty acids, docosahexaenoic acid. Its function is to increase the permeability of this membrane so that the exchange of substances between the extracellular and intracellular medium is adequate, as well as to stop the oxidative stress.