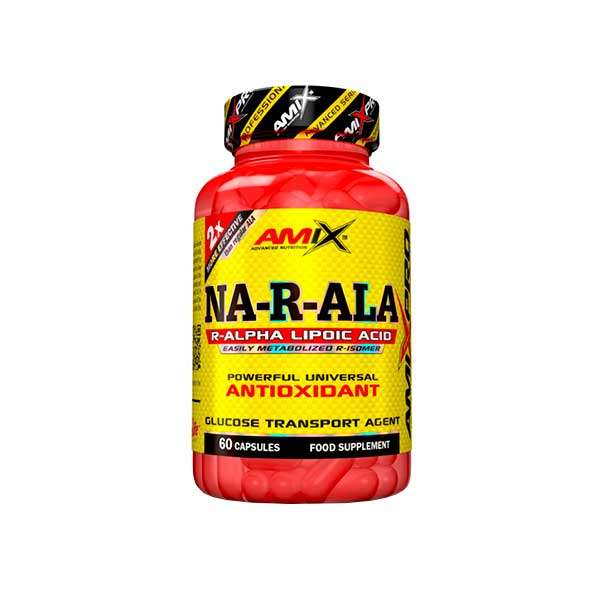 What are the properties of NA-R-ALA?

The form of R-ALA is twice more effective than its conventional form of alpha lipoic acid.

This substance is know for being a universal antioxidant, since it is soluble both in water and fat. This quality gives it superior properties to those of other antioxidants.

R-Alpha Lipoic acid has as well the ability to elevate endogenous antioxidant levels such as glutathione and Q10 coenzyme, and to regenerate vitamin C and vitamin E which have been oxidated.

It has a role as a cofactor in mitochondrial reactions that are in charge of transforming glucose into energy.

R-Alpha lipoic acid is effective when it comes to developing sensitivity to insulin, which can improve body composition and promote the use of nutrients.

Moreover, R-Ala reduces the productions of cytokines and pro-inflammatory factors and it helps to maintain the proper functioning of the immune system.

Who can benefit from NA-R-ALA?

Once opened, store in a cool (under 25ºC), dry and dark place. Nutritional supplements should not be used to replace a balanced diet. Do not exceed the stated recommended daily dose. Keep out of reach of the smallest children.
Questions
DO YOU HAVE ANY QUESTION ABOUT THIS PRODUCT? DON'T HESITATE TO ASK US!
Question about: NA-R-ALA - 60 caps
Log in and ask
CUSTOMER REVIEWS

Write Your Own Review