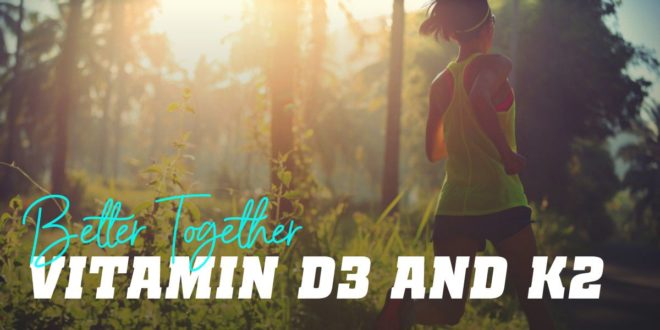 Let’s explain the relationship between Vitamin D3 and K2 and why it is a good recommendation to take them together.

Why should we combine Vitamin D3 and K2?

To understand the synergistic activity that these two vitamins perform and why I say they work better together, it is important to give a basic overview of the influence of vitamin D3 on the metabolism of calcium.

To delve more into the topic, we recommend that you visit this article about the Role of Calcium and Vitamin D in Bone Health.

Vitamin D3: what is it and how does it work?

Vitamin D3 is a fat-soluble vitamin, which is found in nature in the form of cholecalciferol (D3) mainly in fatty fish, along with small to moderate quantities in fatty dairy, certain pieces of animal husbandry and egg yolks.

There is another form, ergocalciferol (D2), which is synthetic and normally used in food fortification.

And the main source of vitamin D in our body: sun exposure, which converts the 7-DHC of our skin into vitamin D3 and then, through two hydroxylations, in its active form, 1.25(OH)2D.

The kinetics of vitamin D in the body.

Vitamin D performs many functions in our body, from maintaining a proper functioning of the immune system to functioning musculoskeletal tissue.

However, its main role in the body’s system is the effect it has on the regulation of calcium metabolism and the maintenance of the correct mineralization of our bones.

Simplified mechanism for calcium regulation in the body.

The synthesis of the active metabolite of vitamin D3 increases when the calcium concentrations of our body decrease, at that time the parathyroid (a gland behind the thyroid) is activated by secreting paratirin (PTH), that stimulates the hydroxylation of 25-OH-D3 in the kidney, allowing vitamin D to exercise its functions on calcium, which are to increase:

All of this causes blood calcium levels to increase to correct those low levels that have been detected; the increase in blood calcium, under appropriate conditions, increases bone mineral density.

This is why many food supplements and drugs are formulated with combinations of calcium salts and vitamin D3, to improve intestinal absorption of the mineral, decrease calcium resorption, and contribute to its fixation to bone.

What role does Vitamin K play in all of this?

Vitamin K is a fat-soluble vitamin that is normally found in nature in two ways:

Vitamin K performs several functions in the body, all dependent on the activation of so-called VKDP (Vitamin K Dependent Proteins) that are expressed in a wide variety of tissues and perform functions related to calcification, cell differentiation and coagulation.

Effects of the inhibition of Vitamin K in the body.

The effects of vitamin K activation on proteins that regulate bone, cartilage, and vascular system calcification are of interest to us in this matter.

We are going to stay with two main proteins: Osteocalcin (OC) and the Matrix Gla Protein (MGP).

The calcium paradox is the name given to a metabolic condition that often occurs in people with chronic kidney disease, postmenopausal women, and drug users because of organic ionophores or other substances that increase the leakage of calcium ions from the endoplasmic cell reticulum.

This condition is characterised by an above-normal presence of calcium in the blood (hypercalcemia) usually due to changes in parathyroid metabolism (hyperparathyroidism) along with active vitamin K deficiency (KH2) in the body.

All this causes circulating calcium to be deposited in ectopic places, that is, where it should not, this phenomenon is known as extra-skeletal calcification.

Graph representation of vascular calcification of the intima (a) and media (b) tunica.

This calcium accumulates in the walls of blood vessels:

How to avoid it?

One of the ways to address this, which is opening new paths in preliminary vascular calcification control research in CKD patients, is vitamin K supplementation.

Vitamin K is completely safe, so much so that it is currently the only fat-soluble vitamin that does not have a safe consumption limit established by EFSA, although its consumption must be monitored in patients who employ anticoagulant treatments with antiprothrombin mechanisms of action.

Vitamin K, as an indispensable factor in the carboxylation (activation) of VKDP, is a key part of improving bone calcification and preventing vascular calcification.

What if there is vitamin K deficiency?

This condition increases the density of decarboxylated osteocalcin and uncarboxylated Matrix Gla Protein (UCocc and ucMGP, respectively) by making it in the presence of large concentrations of calcium in the blood, rather than being used for the formation of hydroxyapatite salts in the bone, increasing its density and strengthening it; it is deposited in the veins and arteries leading to the vascular calcification we talked about earlier.

However, providing enough vitamin K through the diet allows both proteins to be carboxylic, leading to control of the balance of this condition and the overall improvement of health status:

Increasing bone density and mineral content and preventing calcification of the walls of the blood system (also heart valves and other structures of the cardiovascular system).

Vitamin D3 and K2 together

Those who’ve been sharp to it may already understand why they should be combined, but if you haven’t got it yet I’ll explain it to you.

Vitamin D is used to treat or prevent the insufficiency/deficiency of this vitamin in the body, but let’s not kid ourselves, you can take all you want without medical control in a preventative way and you have no idea what your concentrations are.

Consuming vitamin D3 in supplement form is a good strategy.

It is recommended, in fact, by many health institutions, because the quantity of sun radiation that people living in latitudes far from the equator is insufficient to synthesise vitamin D almost or all year round.

Geographical representation of the (in-)adequacy zones of ultraviolet radiation for synthesizing vitamin D.

As vitamin D increases calcium levels in the blood, it is important to ensure a vitamin K sufficiency status so that calcium is deposited where we need it and not elsewhere.

Effects of Vitamin K and Calcium (with Vitamin K) on bone and vascular health.

Review of Vitamin D3 and K2 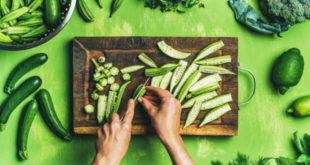 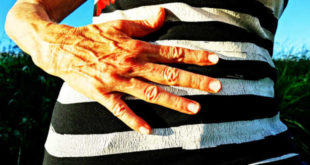 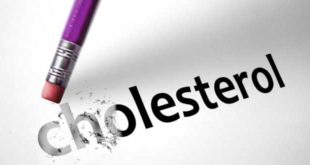 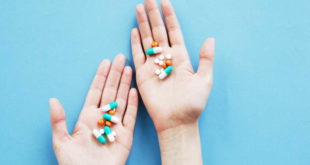