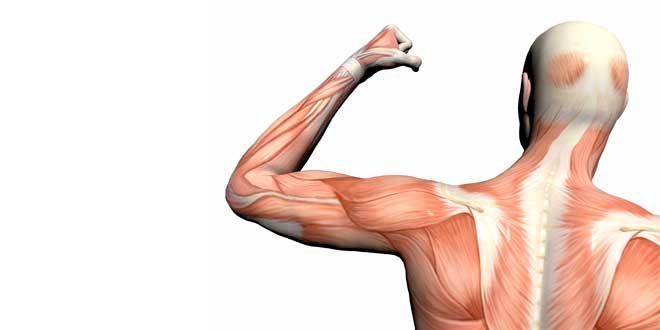 Types of muscle fibre and their relationship to sport

When we think of muscles, we tend to think about each of them as a single unit. This is natural because a skeletal muscle seems to act as an independent entity, but they are much more complex than this.

When dissecting a muscle, the connective tissue that covers it externally would be cut through first, and then inside it, you would then find muscle fibres, which are the individual muscle cells. 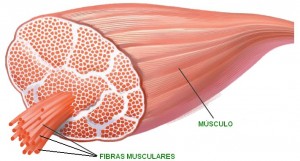 The difference between fast and slow motor units in terms of strength development is due to the number of muscle fibres per motor unit, and is not influenced by the force generated by each fibre.

These distinctions seem to influence how muscles respond to training and physical activity. Furthermore, each fibre type is unique in determined ability to contract.

Most of the skeletal muscle fibres in our bodies are called fast twitch fibres since they can contract in 0.01 seconds or less after receiving any form of stimulation.

The diameter of fast twitch fibres is wide. They contain dense myofibrils, large glycogen stores, and mitochondria are rarely found. The tension produced by a muscle fibre is directly proportional to the number of sarcomeres, which in turn causes muscles dominated by fast twitch fibres to make strong contractions.

Focusing in on fatigue, the fast twitch fibres are quickly erased because their contractions require the high usage ATP, and such lengthy activity is mainly supported by anaerobic metabolism.

These muscle fibres are given different names and you may commonly see them referred to as white muscle fibres, glycolytic fast-twitch fibres, and Type II-B fibres.

The sports or physical activities whose athletes have a noticeable majority composition of Type II-B fibres are those involving the highest power and effort over the shortest duration of time, such as sprinting.

Slow Fibres or Type I Fibres

Slow twitch fibres only have half the diameter of fast fibres and take three times as long to respond to stimulation.

Slow fibres are designed so they can continue working over long periods of time.

Slow muscle tissue contains a more extensive network of capillaries than fast twitch muscle tissues and as a result, a much higher oxygen supply. Additionally, slow fibres contain myoglobin, our blood’s red pigment. This globular protein is structurally related to hemoglobin, the pigment that carries oxygen through our bloodstream.

Both myoglobin and hemoglobin are the red pigments that reversibly bind to oxygen molecules. Although other types of muscle fibre contain small amounts of myoglobin, it is most abundantly found in slow fibres. This means that slow fibres have significant reserves of oxygen that can be put into action during a contraction.

Slow twitch fibres have a wide capillary supply and high myoglobin concentration, which results in skeletal muscles dominated by slow fibres to be a dark red colour.

In order to allow for more efficiency in blood supply and oxygen reserves, the slow fibre’s mitochondria provide more ATP during contraction. Therefore, slow fibres are less dependent on anaerobic metabolism than fast twitch fibres. Part of mitochondrial energy production involves the degradation of stored lipids instead of glycogen, causing reserves of glycogen in slow fibres to be smaller than those of fast fibres.

These fibres have a wider capillary network, however they are more fatigue resistant than fast fibres. Intermediate fibres are also called fast oxidation shrinkage fibres and Type II-A fibres.

In muscles that contain a mix of fast twitch and intermediate fibres, the ratio of these may be able to change with physical conditioning. For example, if a muscle is repeatedly used for resistance training, some of the fast fibres may take both the look and functional capabilities of intermediate fibres. This allows the muscle to become more resistant to fatigue as a whole.

Genetics and the make up of your muscle fibres

The characteristics of slow and fast twitch muscle fibres are set early in life, and it can be said that they are therefore, genetically determined..

Genes inherited from our parents determine which motor neurons innervate our individual muscle fibres. After the innervation has been established, our muscle fibres differentiate (specialise) according to the type of neuron that stimulates them.

The percentages of slow and fast fibres aren’t the same across all of the body’s muscles. Generally speaking, a person’s limb muscles have similar fibre compositions.

The main difference revolves around the type of fibre and its impact on physical performance: our muscle fibre type can influence sports performance and even have an influence on whether a person is naturally fast or strong.

Olympic athletes tend to excel in sports that match their genetic makeup. Olympic sprinters have been shown to possess around 80% fast-twitch fibres, while those that perform well in marathons tend to have 80% slow-twitch fibres.

In the following image, you’ll see the predominance of fibres based on physical activity:

It has been observed that exercises revolving around resistance and long duration will be linked to sportspeople with a greater distribution of red fibres. As we move towards activities of greater intensity and shorter duration, the tables turn towards a greater predominance of white fibres.

From what we know about the composition and use of muscle fibres, it would seem that athletes who have a high percentage of slow-twitch fibres may be at a certain advantage in prolonged resistance training, while those with a predominance of fast-twitch fibres may handle brief and explosive activities more effectively.

However, it is probably unwise to think that we can select long-distance runners and champion sprinters based solely on their predominant type of muscle fibre.

Other factors, such as cardiovascular function and muscle size, also contribute to success in these endurance, speed and strength tests. Success in the sporting world is always down to several factors working in unison. One of these factors which can be considered important is the type of muscle fibre that an athlete has.

Here is a video illustrating the differences in muscle fibres using examples. Watch it to help you understand even better:

Under the motto “Knowledge Makes me Stronger”, Javier Colomer clearly expresses his intentions to share his knowledge and experience within the world of Fitness. His BPT training system is proof of this.
@jvrcolomer
Previous Malic acid and its properties
Next What are the symptoms of an accelerated metabolism?
Related Articles 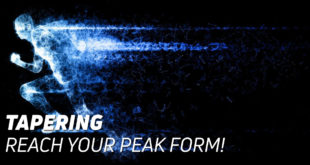 Tapering – Get ready to compete!