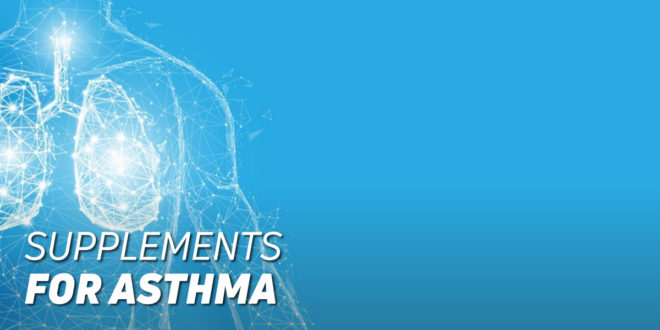 In this article, we talk about supplements for asthma: which ones are they and how do they work?

Asthma and how to handle it

Asthma is a chronic disease which involves the latent inflammation of the bronchoalveolar tissue. When it is exposed to certain stressor (such as allergens, pathogens or sudden respiratory demands) it reacts by producing an acute bronchoconstriction. Consequently, the smooth muscle contracts itself and closes the respiratory pathways, making it harder to breathe and oxygenate the body.

This condition is handled (since it has no cure) with regular and controlled physical exercise, apart from specific pharmacological treatment.

Hundreds of supplements have positive effects for asthma, buffering the acute inflammation and relaxing the respiratory tract smooth muscle. 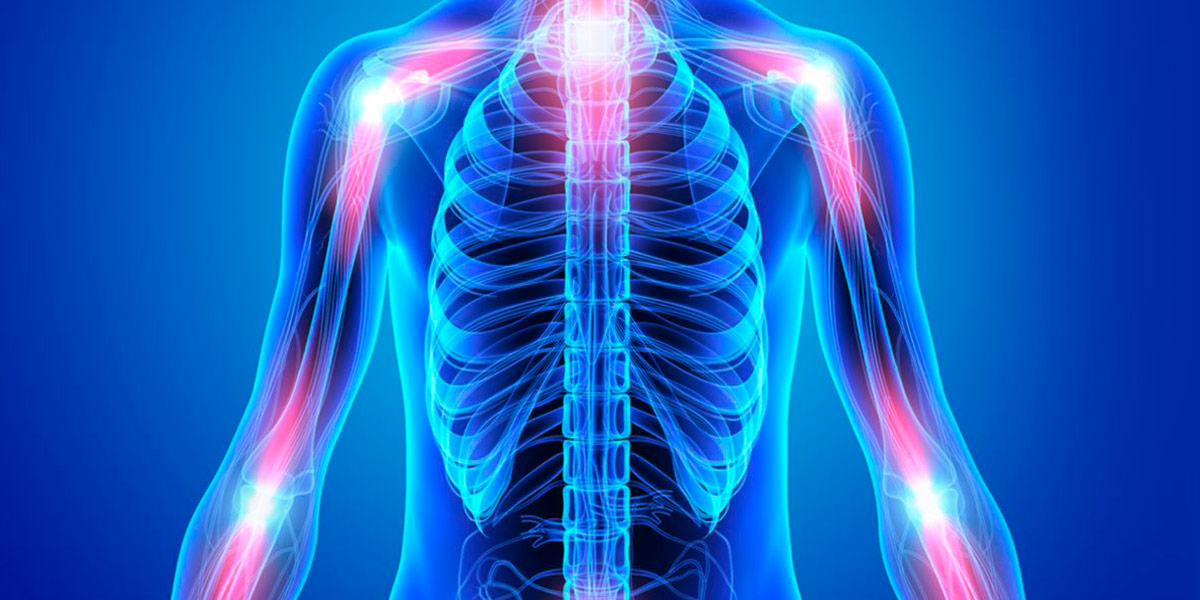 Let’s have a look at some of the supplements that can be helpful.

What supplements can be good for asthma?

Tocopherol (vitamin E) is a nutrient that can buffer the onset of asthma due to its antioxidant properties. Thanks to them, it has the ability to deal with reactive oxygen species and the lipid peroxidation from the lipid bilayer from the smooth tissue. Therefore, it regulates the pro-inflammatory molecules that increase the risk of triggering an acute bronchoconstriction episode.

That is why it is regarded as a potential “protector” against the onset of the disease by facing the primary underlying mechanisms of asthma, which is chronic tissue inflammation. 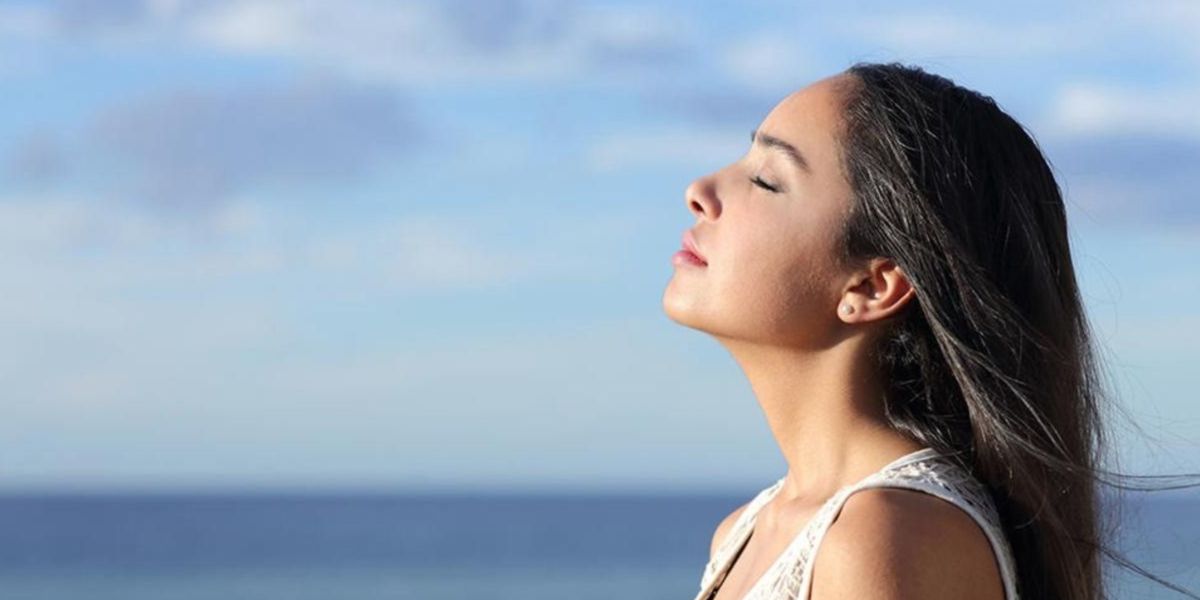 A study conducted on nothing less than 77 866 women for 10 years (a strong sample). It concluded that those who took more vitamin E in their diet had 47% less chances of suffering asthma throughout those 10 years.

Some authors suggest that vitamin C can support the positive effects of vitamin E on asthma. However, this is still something that needs more evidence, according to Hemila (2014).

In fact, there are some reviews that state that vitamin C supplementation for asthma is useless. However, the previous review points out that there were mistakes in their analysis, shattering any possible conclusion.

Vitamin E seems to have a prophylactic effect, reducing the onset of asthma throughout time by taking this vitamin.

On the contrary, vitamin C can face exercise-related bronchoconstriction (immediately before or after the workout). 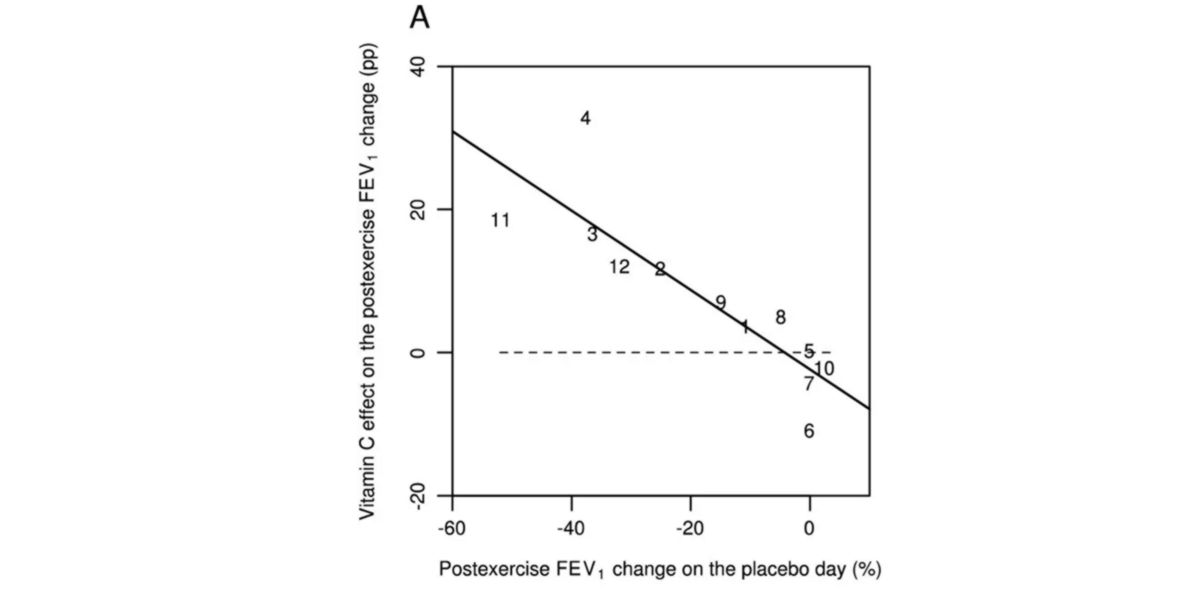 Figure I. Effect of vitamin C on FEV1 in relation to the change it produces when compared to the day it was not administered.

The authors claim that this can be due the faster transfer speed to the fluid that surrounds the lung tissue.

Vitamin E provides support and Vitamin C helps to deal against stressors such as physical exercise.

Still, we need to emphasize that the trial about vitamin E is a prospective observational study. Therefore, vitamin E does not necessarily have to be the reason why the symptoms of asthma are relieved.

Perhaps those women who consumed more vitamin E (together with the supplementation) have a more varied diet in terms of nutrients. Or perhaps they were less stressed and they did more physical exercise.

All those factors can lower the chances of suffering asthma.

On the other hand, the studies with vitamin C seem to be quite conclusive, since its antioxidant properties deal with EROS. 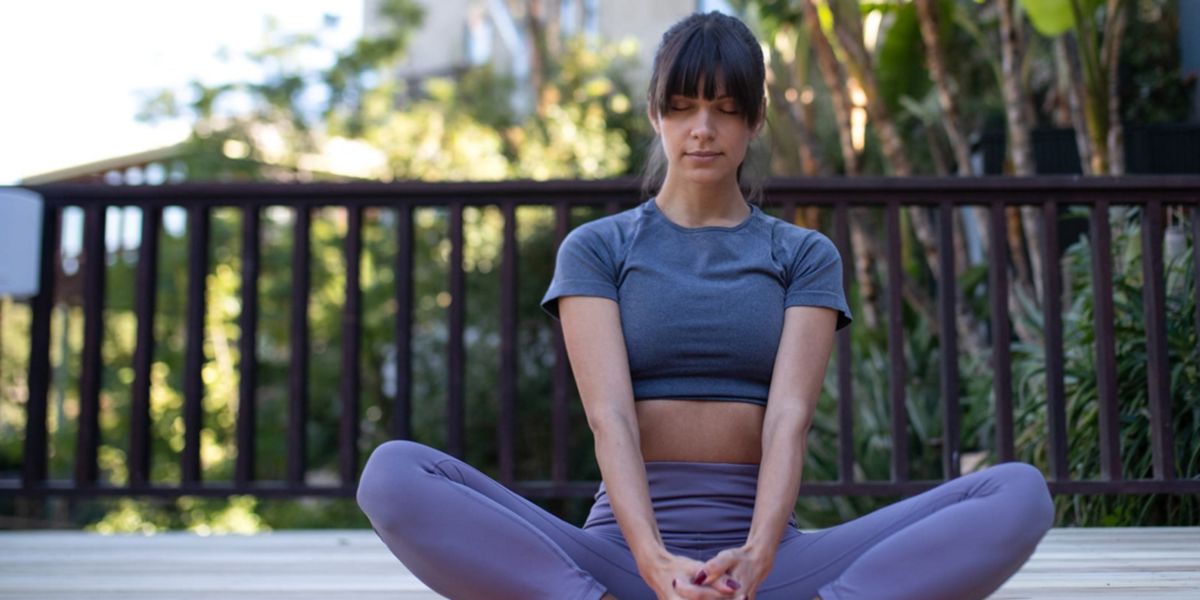 We still need to asses the effects on bigger samples. Regardless, this is a promising nutrient when it comes to reducing the hyperresponsiveness of the respiratory tissue.

Magnesium is a mineral that is involved in many metabolic processes from our body, working as a cofactor or substrate.

The magnesium status in the organism is closely related to our systemic inflammation biomarkers (King et al., 2005).

This has created a lot of speculation regarding the possible connection between low magnesium levels and the onset of respiratory disorders like asthma. This is due to a chronic inflammation with intermittent and acute episodes in the lung tissue.

The truth is that the studies have proven that the prevalence of metabolic diseases due to chronic inflammation (diabetes or MET-S) are related to a low magnesium intake (Rosanoff et al., 2012).

In addition, a magnesium deficiency can increase the development and severity of acute asthma episodes due to its physiopathology.

There is solid evidence that points to a better lung function in patients with asthma who follow magnesium rich diets (Britton et al., 1994; Emelyanov et al., 1999).

The evidence of its utility is not only present in epidemiological studies. In fact, we have RCTs that have assessed the effects of magnesium supplementation in the ventilatory parameters of patients with asthma.

Figure II. Changes in the quality of life questionnaires (left) and the severity of the episodes (right) after using magnesium supplementation or placebo.

We also have to mention that magnesium supplementation has positive effects on the long term, but not acute like vitamin C.

A recent meta-analysis by Abuabat et al. (2019) shows a positive tendency in the studies with magnesium on the forced vital capacity.

Figure III. Tree diagram about the effects of magnesium on the FVC.

And the forced expiratory volume. 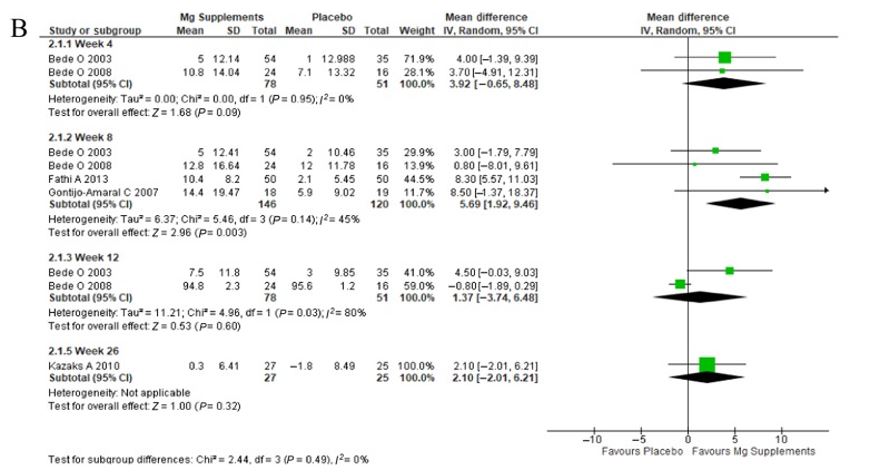 Figure IV. Tree diagram about the effects of taking magnesium on the FEV1.

Even a little of magnesium supplementation has a positive effect on the ventilatory capacity of patients with asthma. Therefore, it can be a promising supplement to support pharmacological treatments to control the disease.

Moreover, we also need to take into account that more than a 60% of the population does not reach the recommended daily dose of this mineral. Between a 10 and 30% suffers magnesium deficiencies (DiNicolantonio et al., 2018). Its preventive use is not a  bad idea since all its properties will improve our health in general (Baaij et al., 2015).

One of the most overlooked symptoms of asthma is the secretion of mucus and its accumulation in the luminal barrier. This effect is due to the inflammation, which increases the vascular exudate to the respiratory tract.

Something that every single person who suffers from asthma has gone through is respiratory congestion due to mucus excess. 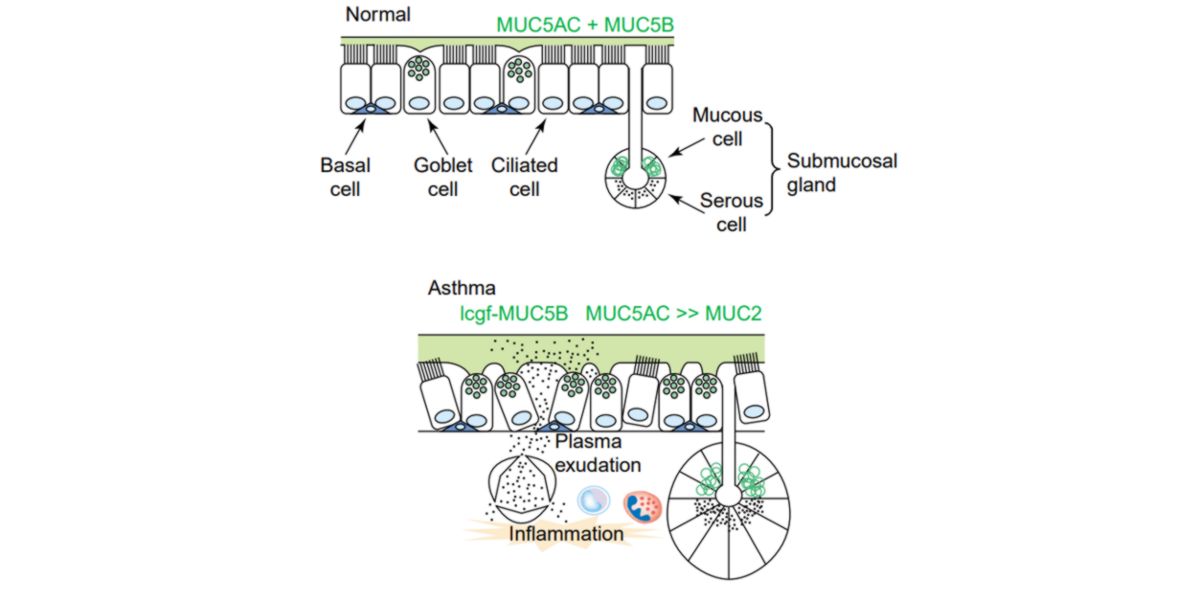 Figure V. Molecular phenotype of the mucus secretion in a normal person and in an asthmatic patient.

More mucus is an adverse effect of the systematic inflammation from this disease. Currently, there are therapeutic targets designed to control the hypersecretion of mucus.

In a review about the physiopathology of the mucus production, Rogers (2004) points out that one of the targets is helping to eliminate the mucus.

Instead of dealing with the hypersecretion, we can counter it by increasing the elasticity of the mucus. Therefore, the person can eliminate the mucus more easily. 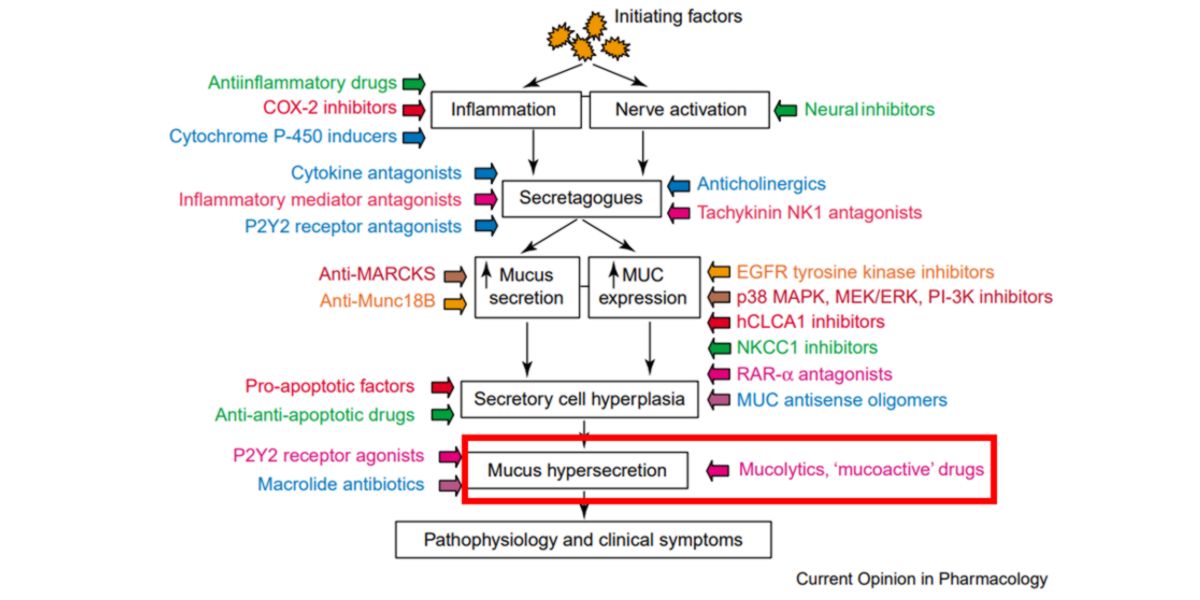 Figure VI. Simplified diagram of the physiopathology of the mucosa hypersecretion in patients who suffer asthma and therapeutic agents to control it.

The author himself points out that the main active substance to do this is N-acetyl-cysteine (NAC), but why?

Because NAC has mucolytic properties, dealing with oxidative stress and reducing the dense cross di-sulfur bonds from the mucus: 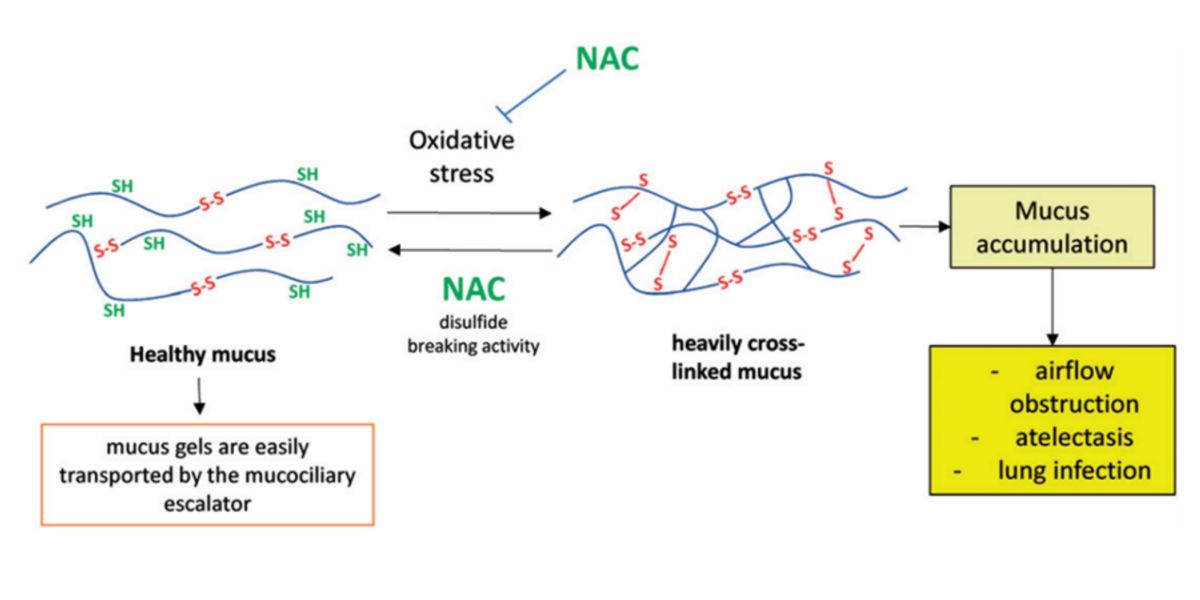 The mucus contains sulfur-sulfur bonds, the more it has, the thicker it becomes and its accumulation increases. Consequently, this makes it harder to get rid of it, to the point that it can obstruct the respiratory pathway: one of the most common consequences of asthma.

NAC breaks down these bonds, so that the mucus is less dense and easier to eliminate. Therefore, it improves its flow and it prevents bronchial obstructions.

These alkaloids are responsible for an increase of the sympathetic activity of the organism.

You have probably heard about caffeine, right? Because there are more active ingredients that belong to that family. If you want to find out more about this substance, read this article. 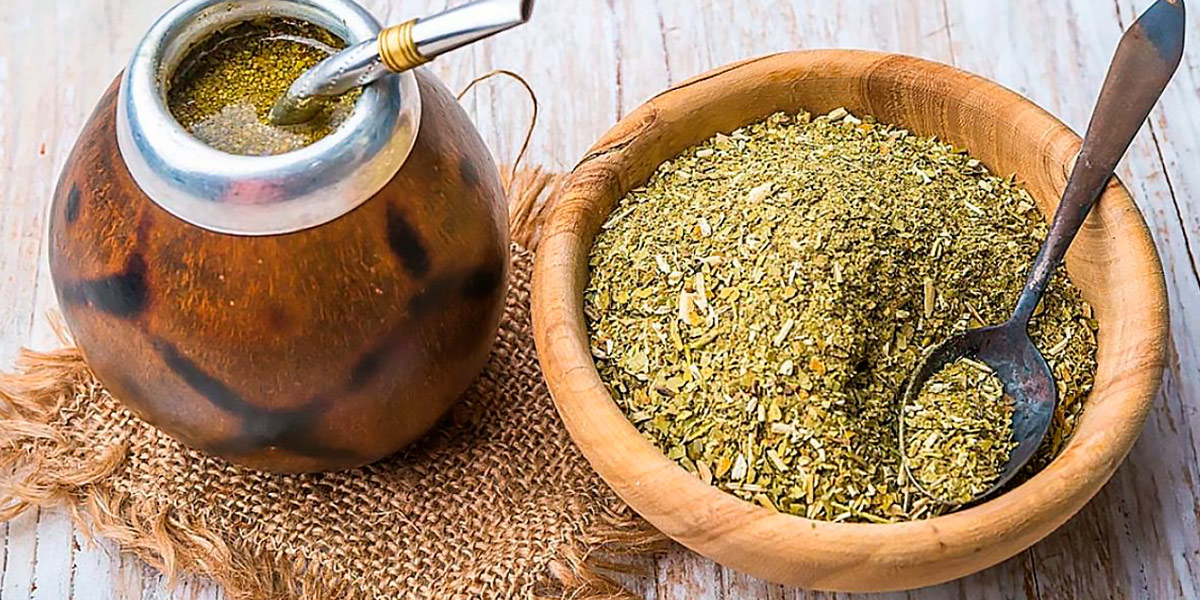 This alkaloid has a similar way of working to caffeine on the central nervous system: it stimulates the release of catecholamines, increasing the energy expenditure, making us feel more awake and alert…

But it also has a bronchodilator effect that is more effective than any other xanthine. 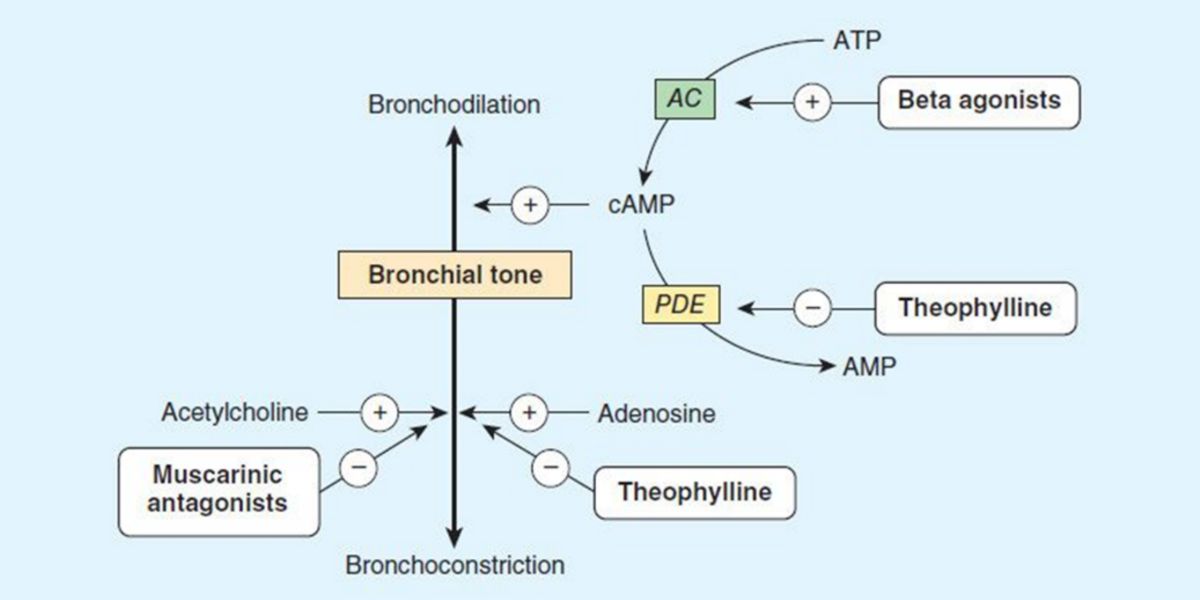 Figure VIII. Action mechanism of theophylline and other agents on controlling the bronchial tone.

The theophylline regulates the bronchial tone by inhibiting the phosphodiesterase enzymes of the lung tissue and the antagonization of adenosine receptors on the cell surface.

Above all, this will not only prevent bronchoconstriction episodes. In fact, it will also stimulate the bronchodilation like some medicines (salbutamol or albuterol). These are prescribed for asthma and they are regarded as beta-agonists.

Theophylline is an agent that can help to dilate the lumen from the respiratory tract, preventing the obstruction of the circuit. 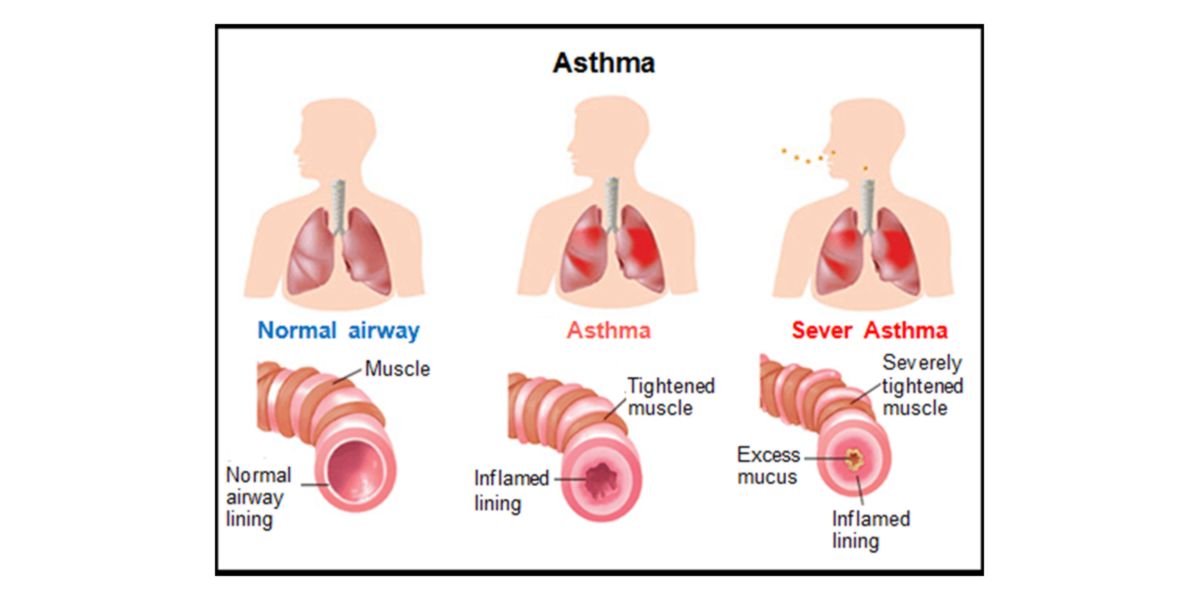 The effects of citrulline on asthma are complex and very specific. But it seems to be a very promising substance in asthmatic patients who are obese or overweight.

A 38.8% of asthmatic people suffer obesity (CDC, 2013). Consequently, this results in a asthma phenotype which is not the classic allergic asthma caused by type 2 inflammation. In fact, it is a different type of asthma that usually occurs at a later stage and which mainly affects women. 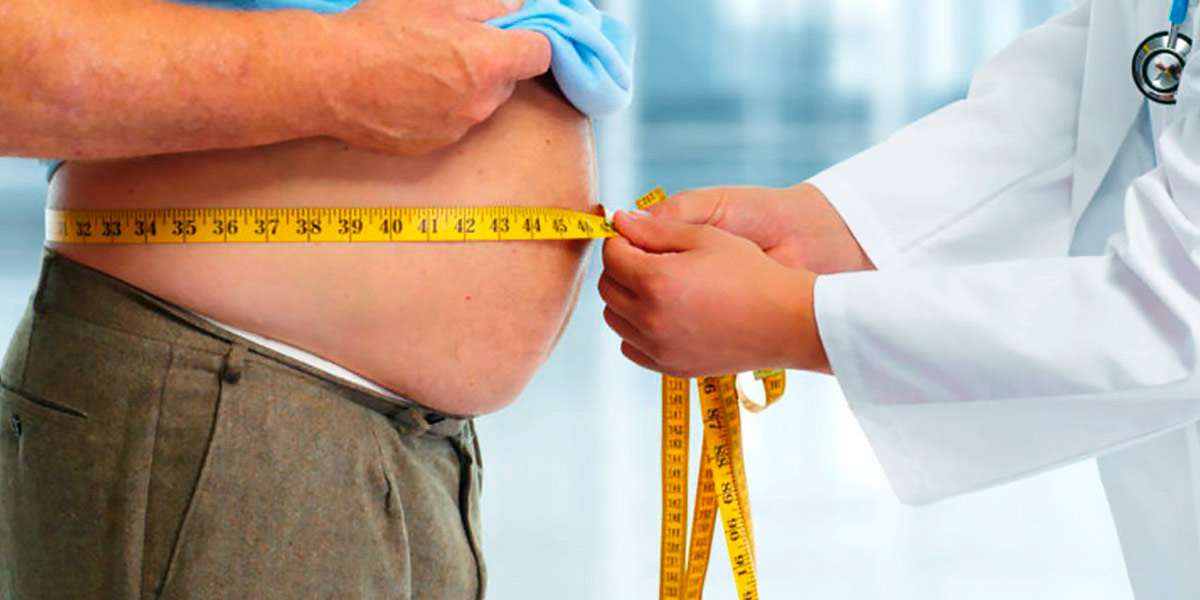 This asthma phenotype triggers inflammation like the previous one, but its origin is different. Interestingly enough, it produces much lower nitric oxide concentrations than a healthy person.

Nitric oxide is produced from L-arginine cells and it is used to about the smooth muscle (lung tissue) contraction. Consequently, it allows to open the space where the air flows.

This asthma causes an imbalance between L-arginine and ADMA. Therefore, the NOS2 enzyme uncouples from the lung cells, increasing the anion superoxide production with less nitric oxide. Finally, this increases the oxidative stress and triggers inflammation. 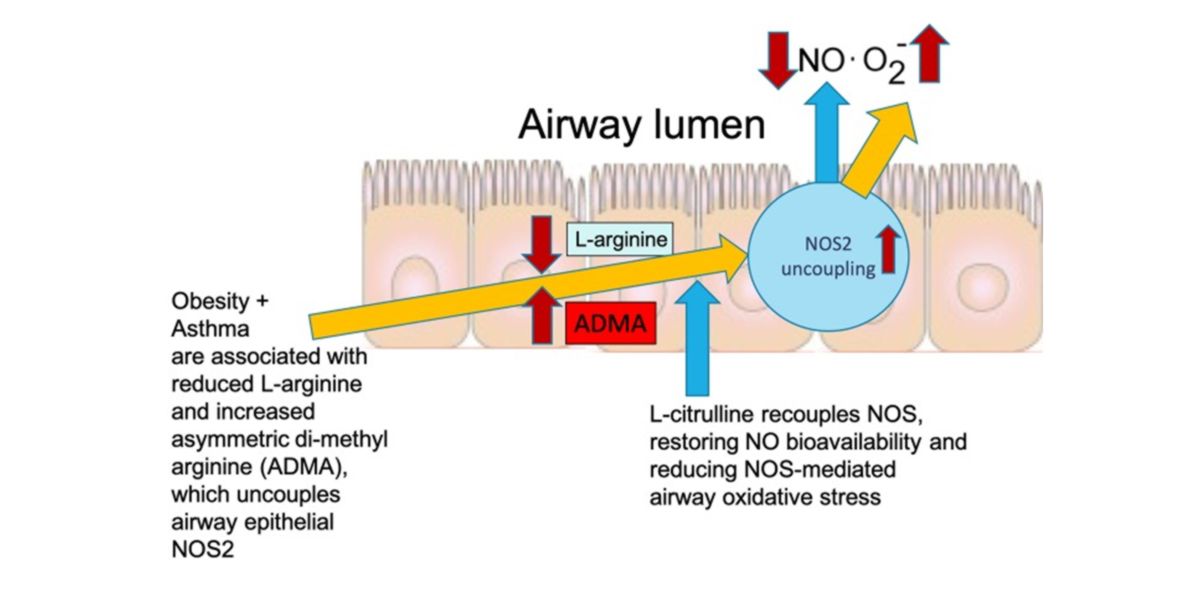 Taking 15g of citrulline supplementation a day in a study by Holguin et al. (2019) reestablished this balance. In the end, it kept the asthma under control. 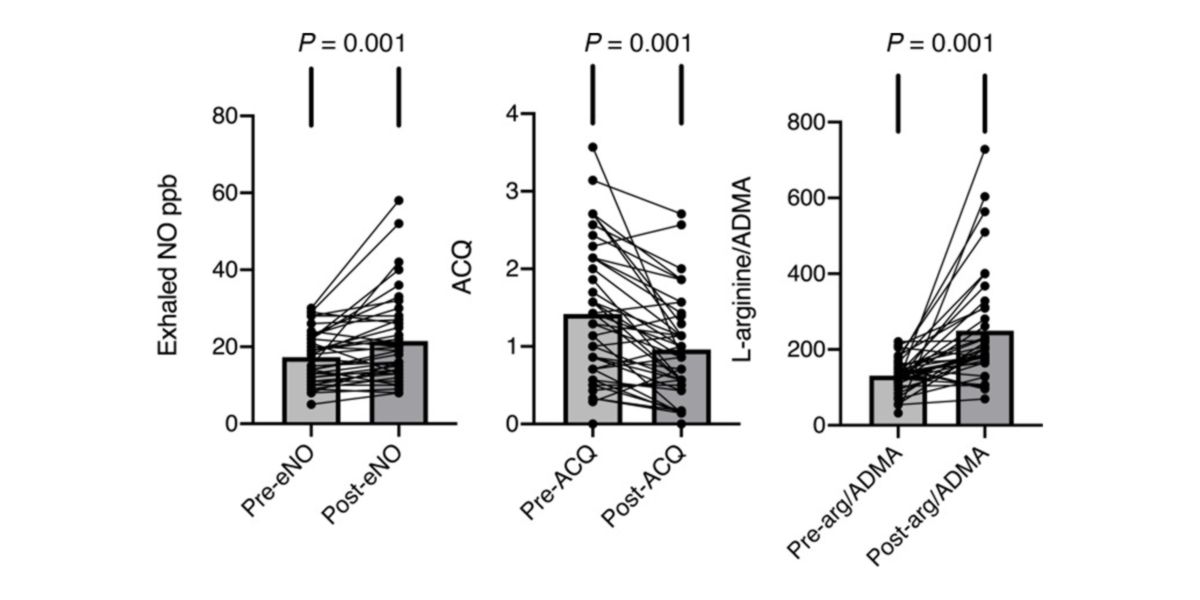 All in all, it is a promising treatment, although it still needs further research. But it has a bright future ahead if we take the physiopathology of type 2 asthma.

We tell you all you need to know about Asthma and doing Sport. Click here.

If you are an athlete, you may want to know how technology can help you… keep reading.

Previous Back Exercises: How to Build as Much Muscle as Possible
Next Medical Face Masks: Should I use them?
Related Articles 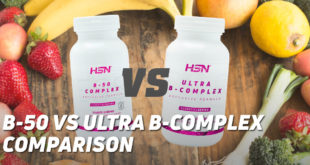 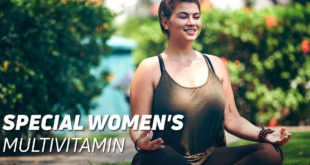 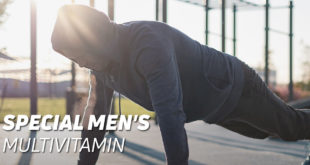 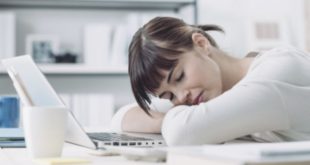 Selenium and the Thyroid Gland

In this article, we are going to talk about the connection between Selenium and the …