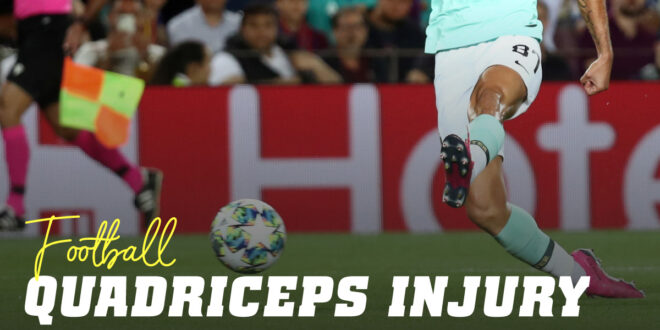 Quadriceps injury: How to avoid a rectus femoris injury in football?

It is one of the least known injuries, but it involves a key muscle in the world of football: the quadriceps. Find out what a quadriceps injury in football is, how to prevent it, how to treat it and what training routine to do in the gym and on the pitch to prepare the area and perform at your best.

The quadriceps is the main muscle of the front of the thigh. This bi-articular muscle (it provides movement to two joints) is mainly composed of four muscle bellies, namely: 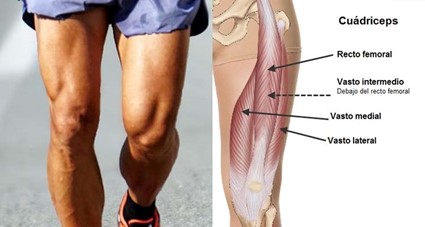 The quadriceps have two principal functions:

Is the quadriceps the main muscle used for shooting in football?

If we analyse shooting technique in football and compare it with the functions we’ve discussed above, we’ll quickly realise that the quadriceps is the main actor in the execution of shots in football, although it’s not the only one involved, far from it. 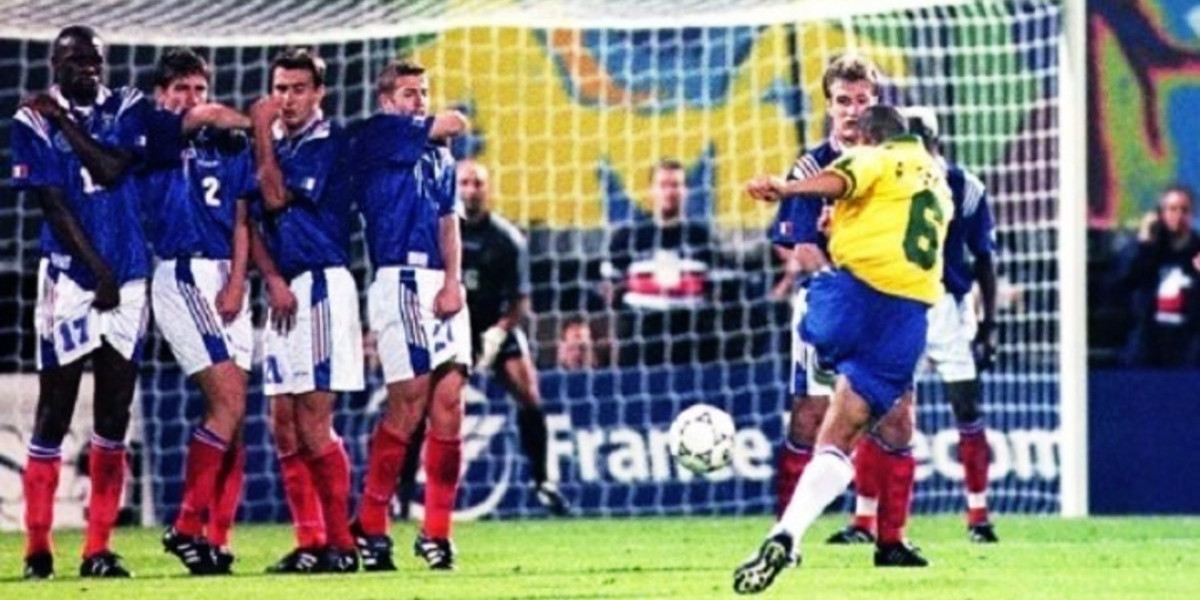 As we’ve already mentioned, the quadriceps are a biarticular muscle, which gives movement to both the hip and the knee.

If we look closely at shooting technique, we see that these two actions occur in unison, as we flex the hip at the same time as we extend the knee in order to bring speed to the ball in the strike.

However, we shouldn’t forget the role of the hamstring muscles, as they act as antagonists of the movement, helping to control it throughout its entire range, as well as the abductors and adductors, which act as stabilisers.

As we discussed in the article on hamstring injuries, during the sprint, flexion and extension of both the knee and hip (as well as the ankle) are linked, so that, just as the biceps femoris works in the first phase of support, the quadriceps will work when performing the propulsion against the ground, just before take-off. 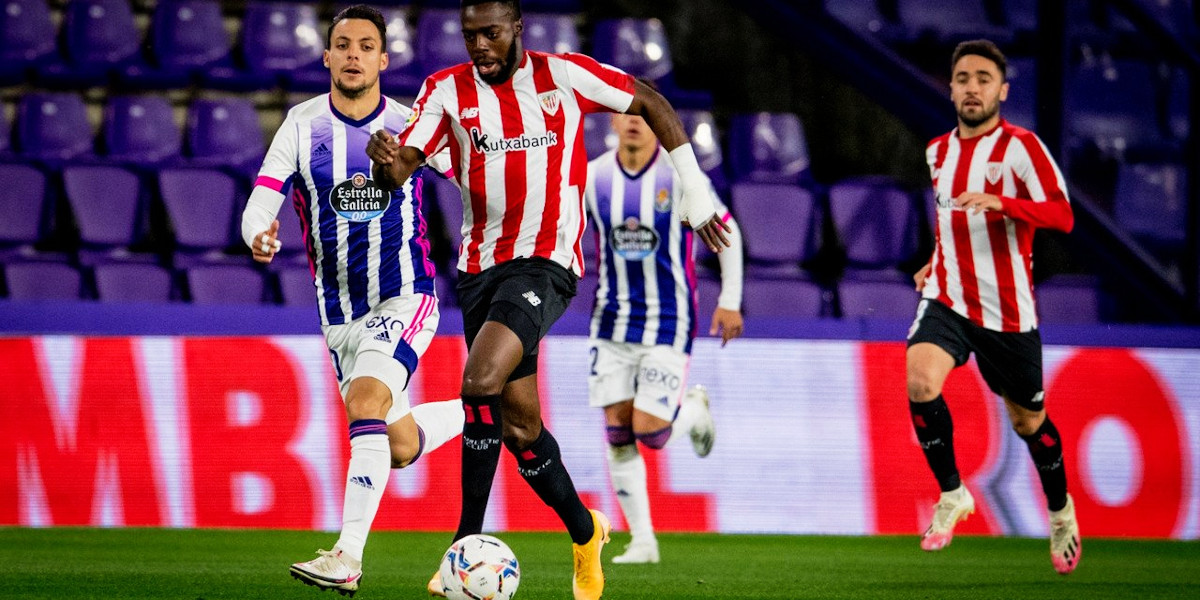 The literature has commented on countless occasions about the relationship that exists between quadriceps strength and the speed achieved by a footballer when sprinting. The basis of this relationship is that the greater the capacity to apply force against the ground, the greater the propulsive force we’ll obtain in the opposite direction, which will propel our body at greater speed during the sprint.

How does a footballer injure their quadriceps?

As we’ve mentioned before, the origin of any non-contact injury is due to the interaction of many factors, and not to isolated reasons.

As such, we need to remember that the control of each and every one of these factors, such as, amongst others, a correct control of loads, good rest, good strength work or adequate nutrition, will all be essential to avoid a muscle injury.

Focusing on the quadriceps, the most injured muscle belly is the rectus femoris muscle. The consequence of repeated overloading over time in the absence of optimal recovery between training sessions and/or competition. 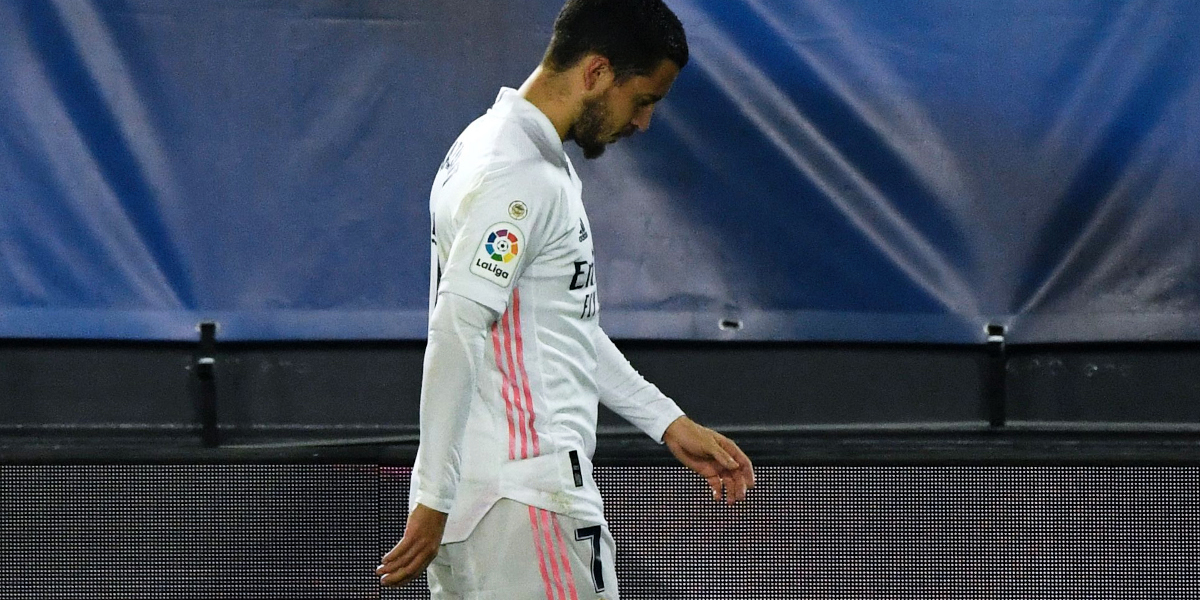 Injuries to this muscle are mainly caused by striking the ball, where there is an acceleration of the foot caused by the most closely located joints in a chained fashion, starting with hip flexion, followed by knee extension and, finally, ankle extension to strike the ball with the maximum possible power.

As with any muscle injury, we can distinguish various degrees depending on the severity of the injury:

How to avoid quadricep injuries?

As with all muscle injuries, the origin of this injury will be the sum of many factors, as we mentioned before.

In this section, we’ll focus on correct load control as the main factor in avoiding quadricep injuries in any of its muscle bellies, but mainly in the rectus abdominis. 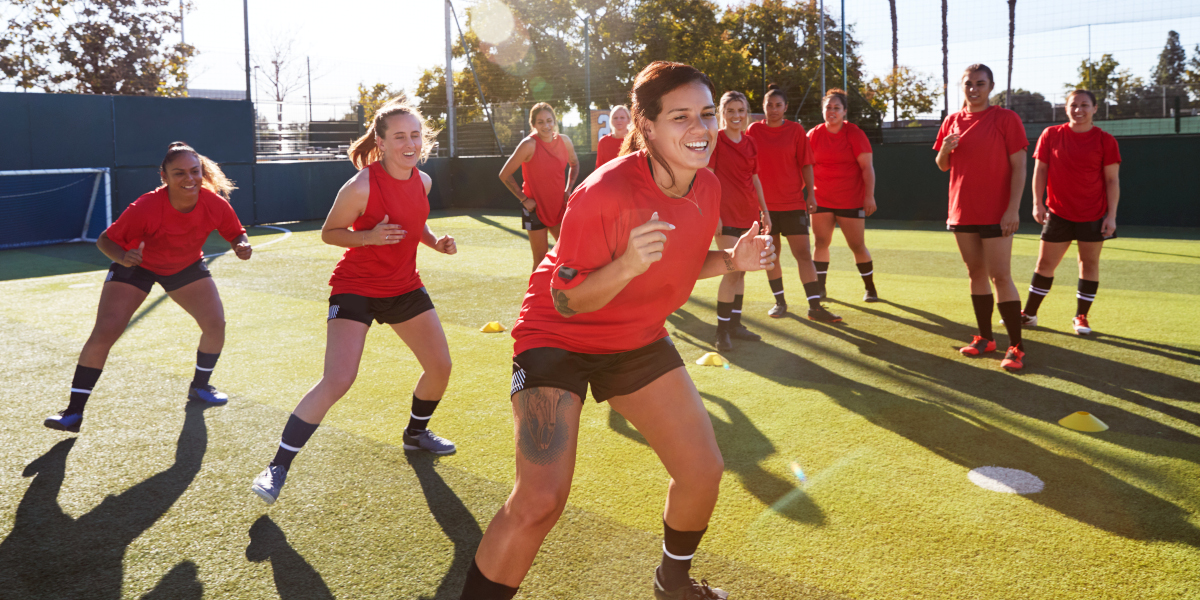 When we talk of load control, we always think about how many kilometres we’ve travelled or how many sprints we’ve completed.

The number of accelerations performed in each training session is a hugely important factor when it comes to controlling loads and avoiding overuse injuries, because, as we mentioned at the beginning of the article, it’s a hugely important muscle in sprinting, so, in turn, it’s one of the muscles that bears the greatest loads, together with the hamstrings.

However, load control also involves controlling a large number of other parameters and actions in which the quadriceps receive load, such as jumps, changes of direction and when striking the ball.

How to recover after a quadricep injury?

Depending on the injury mechanisms and the severity of the injury, the injured player will spend more or less time on the sidelines recovering from the injury.

However, the stages, although varying in length, will be practically the same.

In the first few days after the injury, we should focus on early non-impact mobilisation, such as aerobic work on a stationary bike, joint mobility and CORE and lumbopelvic stability work.

The next step is to start with isometric strength exercises (without shortening or stretching the fibres) and start to increase any distane you can cover by walking at a gradually increasing pace. 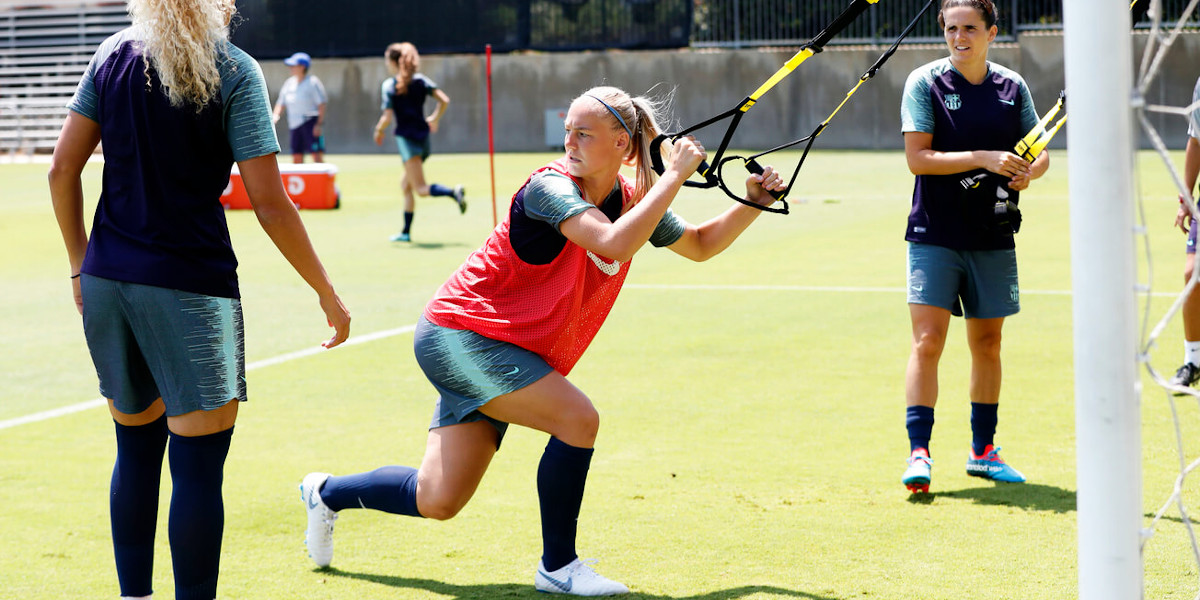 Once this phase is over, we’ll start with concentric exercises such as the assisted squat and the leg extension, and we’ll also start step work.

In the last phase before we start running, we have to be able to perform eccentric exercises, both bipodal and unipodal, in which we increase the specificity, starting with exercises such as squats with muscle brace (or Russian belt) to exercises with resisted change of directions and plyometric work (such as the drop jump and its variants).

Once we’re able to perform these tasks, we’ll be ready to put on our boots and progressively start running and do some specific ball work. We’ll have to start at a very gentle pace and with a lot of recovery time, which will gradually increase and decrease in demand as the sessions go by, until our trainer/readapter considers us ready to return to the group.

More posts on this topic you shouldn’t miss out on…

Review of Quadricep Injuries in Football

Carlos Gallardo, in addition to working as a youth team trainer for Rayo Vallecano of Madrid, is passionate about scientific dissemination.
@GallardoC90
Previous Top Tips for how to finish a training session well
Next Benefits of Altitude Training
Related Articles