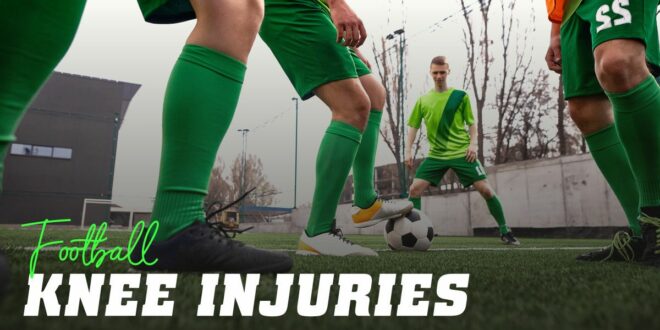 In a sport like football, whose determining actions take place intermittently and at a high intensity, player’s joints are subjected to a high level of demand, with sudden changes of direction at high speed, stopping and starting, jumping, sometimes in contact with opponents who unbalance and knock them down. In this post, I intend to look in detail at knee injuries in football, one of the greatest fears on a football pitch.

The most serious injury in football

The joints that suffer most from the aforementioned stress are those of the lower body, especially the knees, as they are located in the centre of the lever, between two other joints, the hip and the ankle. 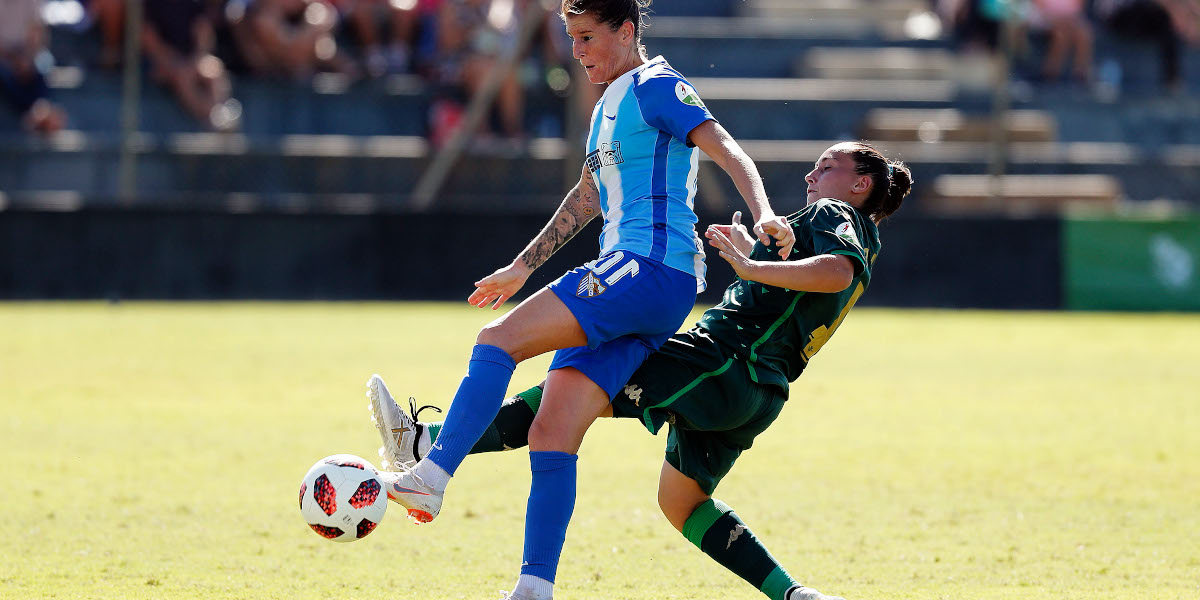 Is the knee the joint that suffers the most in the world of football?

The knees are a type of joint called diarthrosis joints. Their main function is to allow flexion and extension of the leg, connecting the thigh (the femur) to the leg (the tibia). In addition, the patella will be the third bony component of this joint.

In addition, the leg muscles are responsible for providing mobility to the joint, as well as protecting it. Within these muscles, we find the quadriceps, adductors and hamstrings, mainly.

Finally, to prevent the impact between the distal head of the femur and the proximal head of the tibia from wearing down the bones, the menisci (internal and external) will act as pads to absorb these impacts.

How do footballers injure their knees?

As mentioned above, the knee joint allows flexion and extension movements. 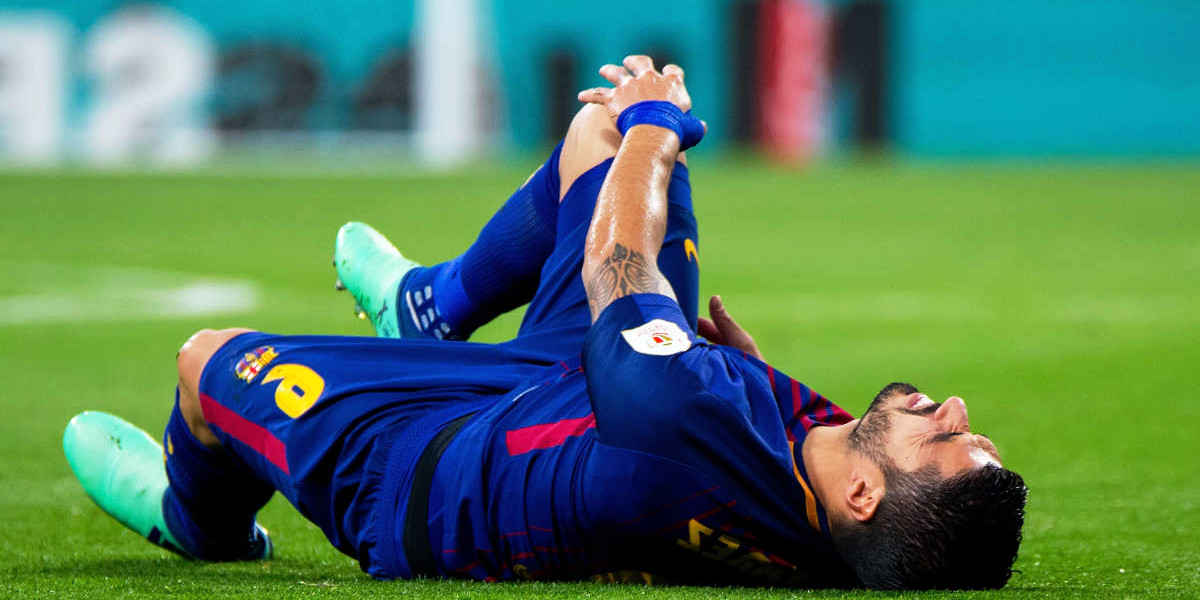 However, these movements, which occur in the majority of actions in football, do not always occur in a single plane (as happens with linear running), but are accompanied by changes of direction and turns that produce a rotation in the joint, or other movements the knee isn’t prepared for.

What are the most common knee injuries in football?

Knee injuries can be broadly classified into 3 types, plus a fourth, which is highlighted at the end as the most feared by footballers, due to its seriousness.

These affect the ligaments of the joint and can be classified into intracapsular and extracapsular, depending on whether they are inside or outside the joint capsule.

Furthermore, depending on the severity and level of ligament involvement, we can talk about sprains (when there is an over-stretching of the ligament without rupture) or tears (which can be partial or complete).

Within this type of injury, we’ll be looking at sprained ligaments and anterior cruciate ligament tears 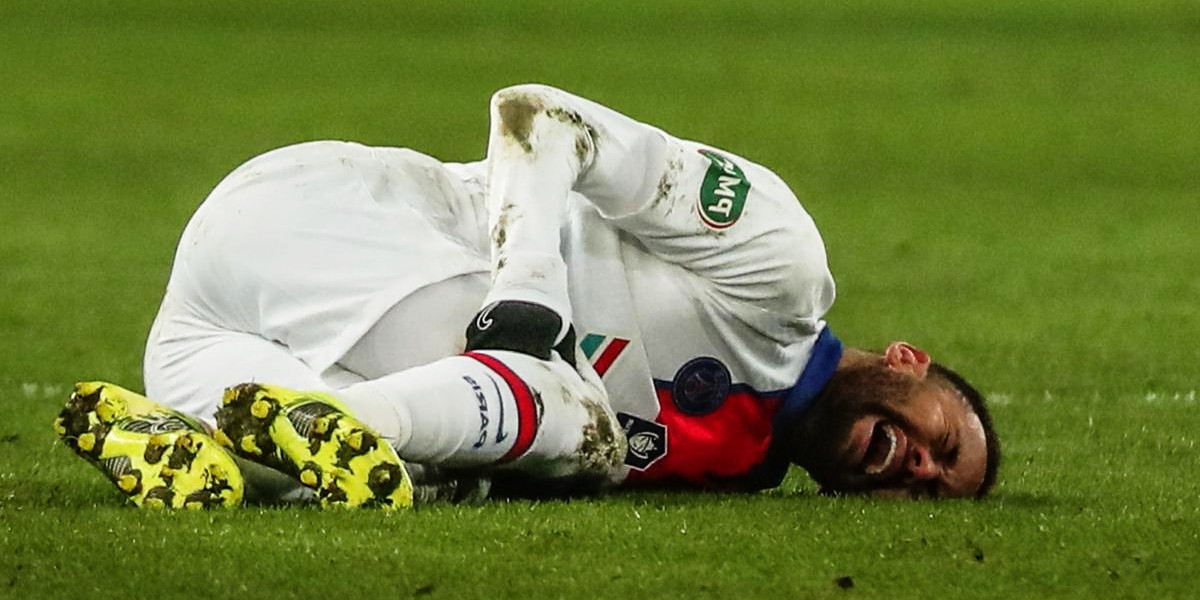 This type of injury does not directly affect the knee joint, but rather the muscles that surround it, and, in particular, the tendons that are inserted around it. 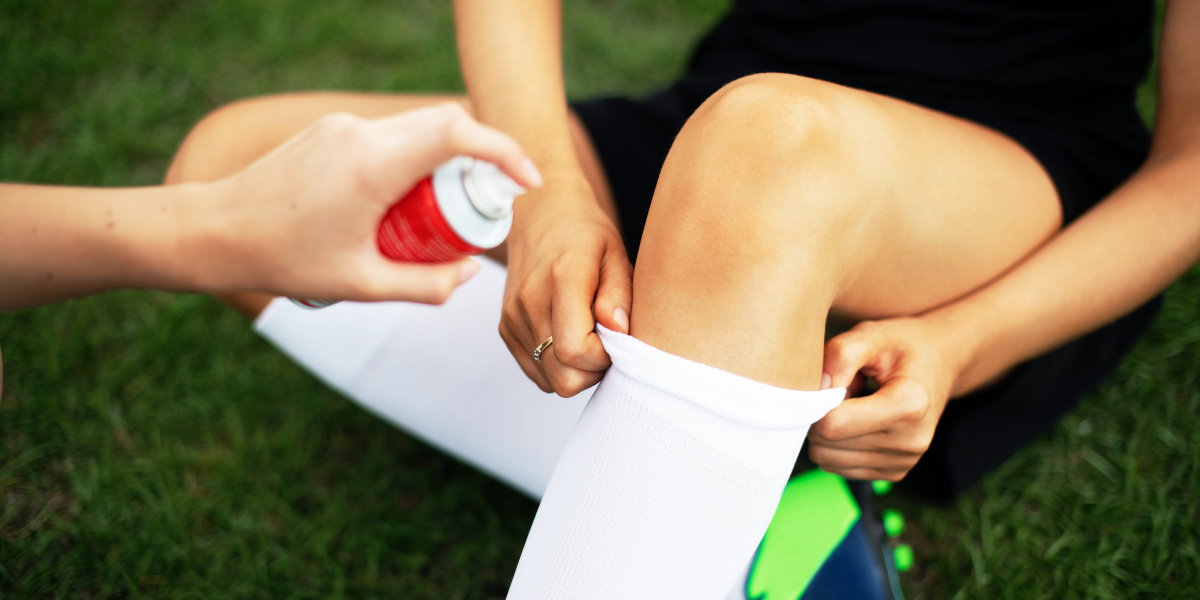 These injuries are caused by an overuse of the muscles resulting in degeneration of the tendon, which causes pain and often prevents sports practice. The most common injury within this group is:

As mentioned above, the menisci (internal and external) are responsible for cushioning and absorbing the impacts between the femur and the tibia to prevent them from degenerating and giving rise to osteoarthritis.

The main injury is the meniscus tear, which can be caused by too strong an impact or too pronounced a rotation that causes both bones to pinch the tissue until it breaks.

Finally, one of the most feared injuries for the footballer is known as the triad, in which a very aggressive knee valgus action damages, at the same time, the anterior cruciate ligament, the internal meniscus and the internal lateral ligament.

Midfielder @IsaacHayden65 will miss the rest of the 2020/21 @premierleague season with a significant knee injury but will not require surgery following further assessment.​ #NUFC

As with anterior cruciate ligament tear, it requires surgery to replace the ligament with a tendon graft, as well as reconstruction of the meniscus.

How can a footballer prevent a knee injury?

The knee joint requires good stability to stay healthy. As a result, injury prevention aimed at reducing the chances of suffering a knee injury will, to a large extent, involve working on knee stability.

To achieve the desired stability, we have to take into account all the agents involved. Firstly, we have to work the muscles that protect the joint, in this case, mainly: the quadriceps, hamstrings and adductors.

A decompensation between these muscle groups can lead to instability in the knee, which will increase the chances of a future injury.

On the other hand, it’s also hugely important to work on proprioception. Want to know more about this type of training? There’s a complete explanation in the post the HSN team have created specifically for it.

We often see athletes on unstable surfaces performing exercises more typical of the circus than their sport. Although it’s true that they’re activating their proprioceptor system, they’re doing so with movements and sensory information that are vastly different to what they’ll encounter in their sport.

As a result, proprioceptive work in football should be aimed at providing the joints with similar stimuli to those they’ll encounter in competition, such as one-legged actions (shots, passes), landings with opposition from an opponent, movements that endanger instability (loads or pushes), etc.

As we’ve seen in this article, there are a lot of knee injuries, so each type of injury, having a different injury mechanism, will require different exercises to minimise the risk of suffering them.

That said, there are certain exercises common to all, such as one-legged squats, eccentric squats on a Russian belt, plyometric work, all the start and stop work on a conical pulley, as well as adductor and abductor work, generally, with resistance bands.

One of the muscles we need to be aware of in order to maintain a healthy knee is the gluteus medius.

Activation of this muscle while running is responsible for preventing knee valgus (when the knee turns inwards), which can endanger the ligaments.

Weakness in this muscle is a major risk factor for knee injuries.

The main recommendation for effective prevention of knee injuries is that preventive work should be another part of your weekly training routine. We should get into the habit of doing this type of work at least two days a week, always under the supervision of a professional. 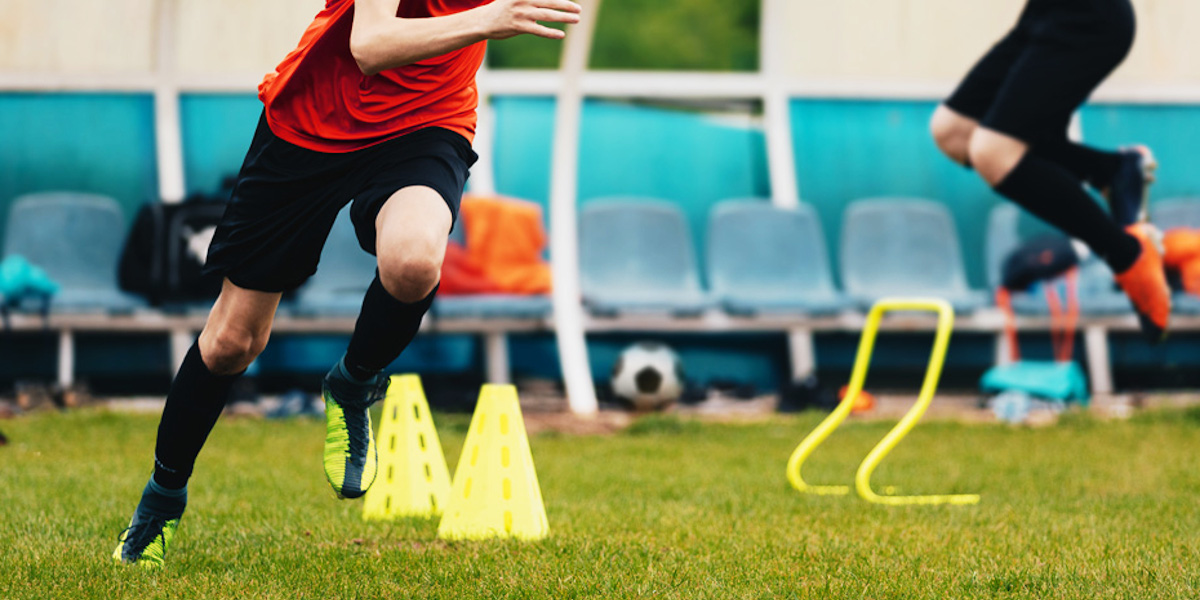 Follow the recommendations of the professionals of physical preparation in football.

We also need to be clear that doing preventive work doesn’t mean we won’t get injured, but that we’re reducing, as much as possible, the chance of this happening, and, if it does, that our structures are in the best possible condition, which will favour a good recovery.

Finally, as we’ve already mentioned on other occasions, doing a lot of preventive work simply goes to waste if it doesn’t go hand-in-hand with proper rest, food and nutrition.

The recovery and adaptation of our tissues to training and competition will suffer, and this will increase our risk of injury.

Review of Knee Injuries in Football

Why do footballers get knee injuries? - 100%

Carlos Gallardo, in addition to working as a youth team trainer for Rayo Vallecano of Madrid, is passionate about scientific dissemination.
@GallardoC90
Previous Oat Pancakes and Squash
Next Valentine’s Pancakes
Related Articles 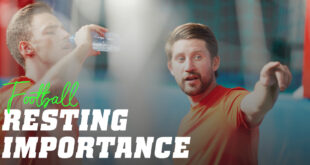