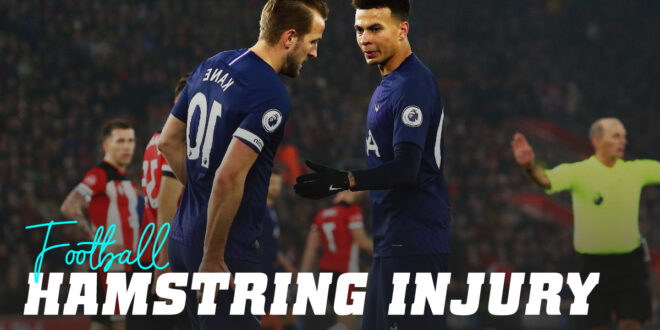 Do you play football and feel worried about muscular injuries? While it’s true that they can happen, with the most common being hamstring injuries, in this article I want to look at how to prevent them and, in the case of getting one, how to treat it and get back on the pitch. 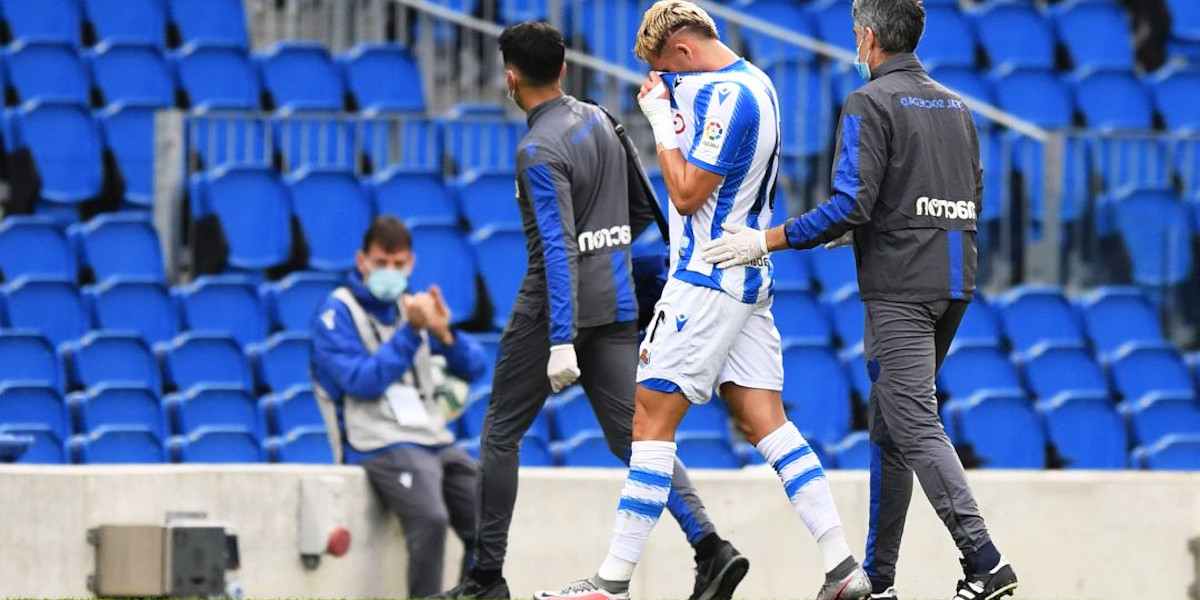 Hamstring injuries are one of the most common in football. Why? I’ll tell you below.

What are the hamstrings?

The hamstring are the group of muscles located in back of the thigh. The origin of these muscles is in the pelvis (specifically the ischium) and they are connected to both the tibia and the fibula.

There is some controversy with the name of this muscle group, as experts claim that its real name is the ischiosural muscles (the ischiotibial distinctly refers to the fact that they go from the ischium to the tibia, forgetting the fibula).

Within this group of muscles we find the: 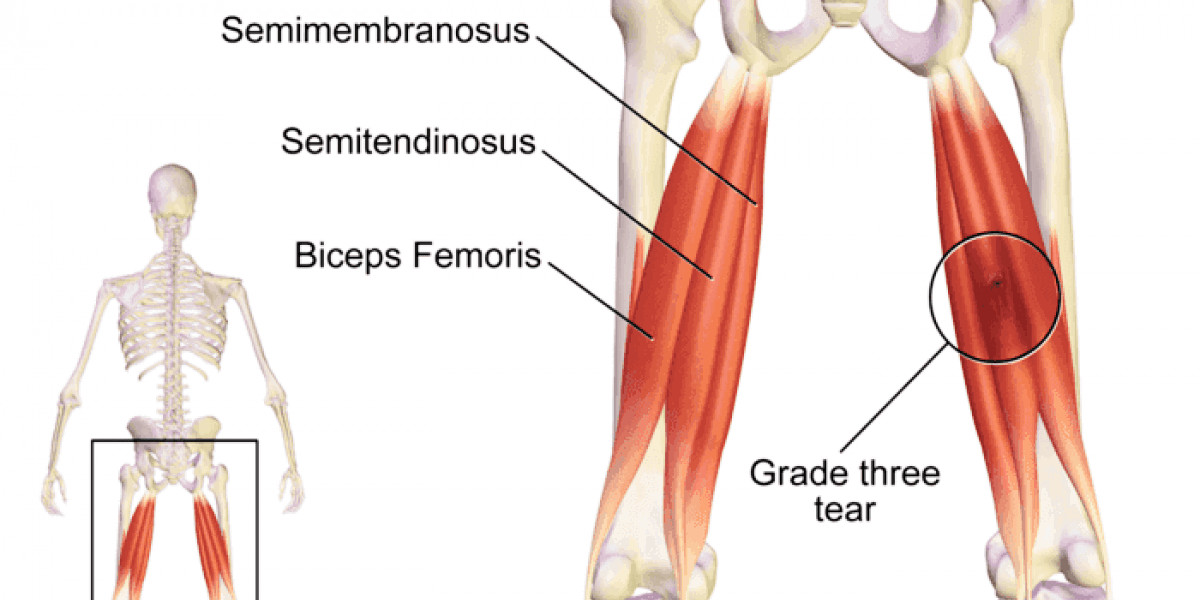 The three muscles that make up the hamstrings.

Their importance in football

The importance of this muscle group in football (and in sport in general) lies in its functions. Hamstrings have, principally, 2 functions:

In addition, depending on the position of the knee, it has 2 more functions: 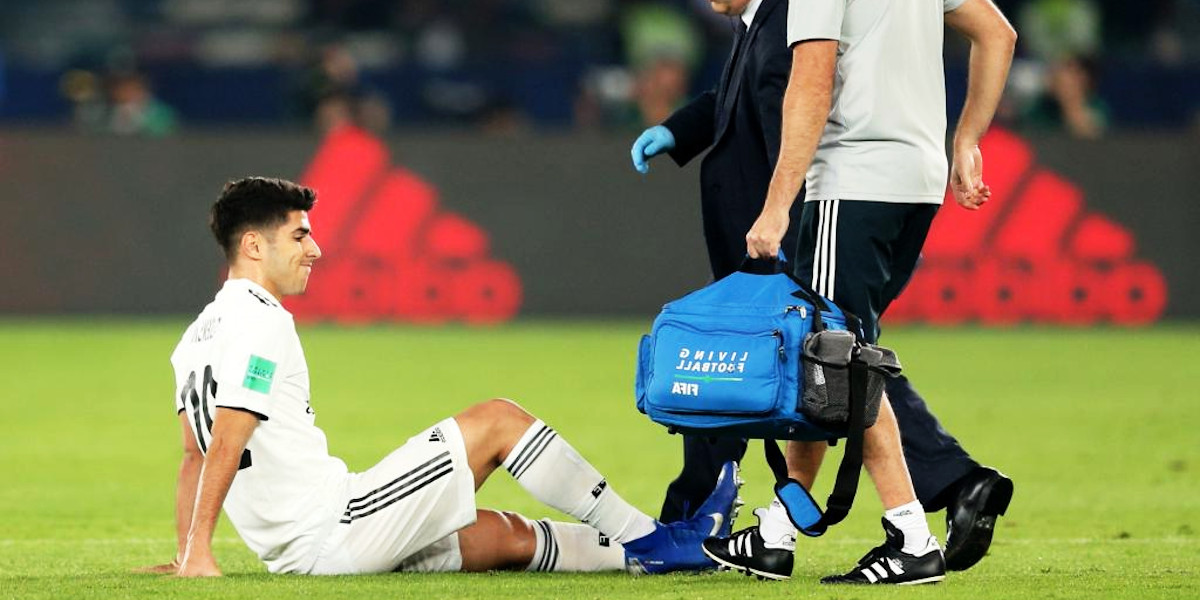 These functions are of great importance for running, in which a flex-extension of both the hip and the knee occurs in each stride, regulated by the thigh muscles (mainly the hamstrings and quadriceps).

Therefore, as football is an intermittent high-intensity sport in which a large number of actions occur at maximum intensity, the hamstrings must withstand very high loads both in number and intensity.

How do hamstring injuries occur in football?

Within the hamstring muscle injuries that occur in football, the most common is with the long head of the biceps femoris.

This injury occurs at the beginning of the run support phase, when our hip is flexed and our knee is extended, and our biceps femoris is stressed from both ends.

Alongside this, injuries of the semimembranous muscle are also common. In this case, the injury is produced by an over-stretching that, generally, results from an elevation of the leg beyond our range of movement or when shooting.

Why is it the most common footballing injury?

Injury to the long head of the biceps femoris is usually caused by overuse of this muscle.

This means that the muscle, at the time of its injury, is fatigued, either by excessive load or from poor recovery.

As we have mentioned, in football, a great number of actions are performed at high intensity, with around 16.6 ± 7.9 sprints per game. If we consider all the actions performed during a training week, the load this muscle receives is significant.

How can I prevent hamstring injuries?

The football industry has invested (and continues to invest) millions of euros in injury prevention technologies. However, the reality is that in recent years the incidence of hamstring injuries has been rising steadily (+4% per year).

The main problem in trying to prevent these injuries is that we usually focus on the muscle itself as an isolated entity, and not as part of something larger.

We need to understand that the hamstrings are part of a chain that is in charge of absorbing and transmitting forces during all our movements and that, no matter how much we work on them, if the rest of the chain is not in condition to work with the same intensity, we will have to compensate those deficits with an over-working of the hamstrings, which can lead to this over-use injury we’re talking about.

So, the first step would be to train all the muscles involved in running as a whole.

In this sense, we must understand that hamstring injuries in football are multifactorial, that is, their appearance is the result of the sum of several very different factors. Therefore, if we only work with strength, we’ll be ignoring other factors just as important when trying to reduce the chance of injury. 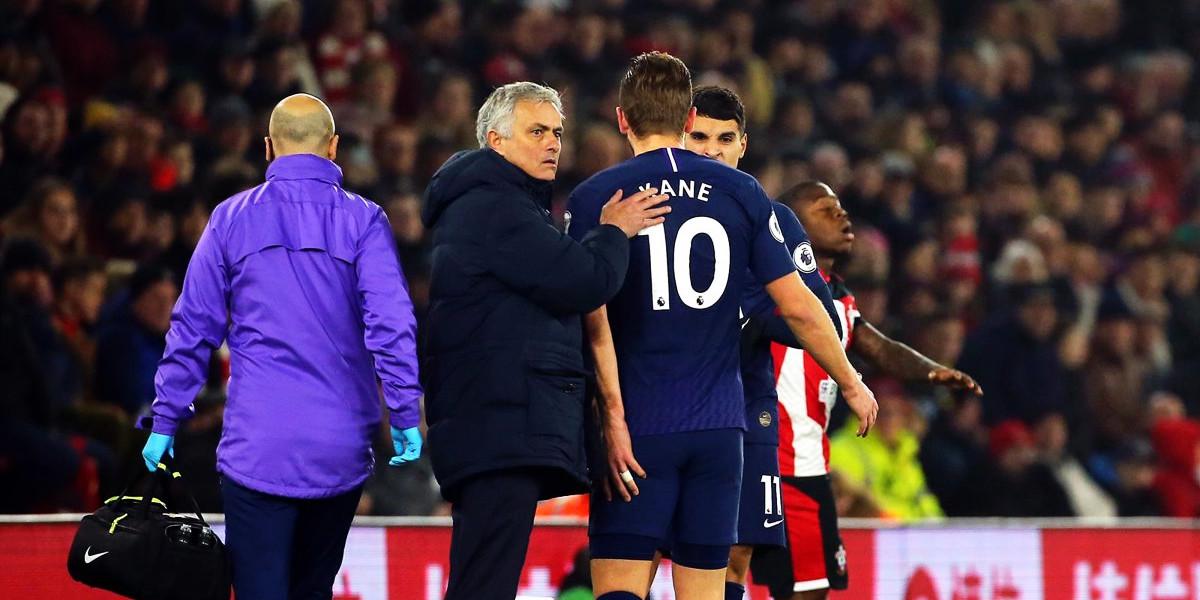 Despite the large number of factors to be taken into account, above all it’s important for the coaching staff to keep a correct control of the loads to avoid exposing the players to more than they can bear.

What can I do to avoid hamstring injuries?

To highlight just a few points (there are many more), we should pay special attention to:

The list could go on, are there are dozens of factors that can directly or indirectly influence the state of our muscles.

Therefore, to date, science has not fully been able to prevent this injury, the best they have achieved is to reduce, to a certain extent, the chances of suffering it.

As mentioned above, hamstring injuries have a multifactorial aetiology, so the reduction of the chances of suffering this injury must take into account all factors falling within the group of ‘modifiable’.

According to the scientific literature, one of the most effective exercises in the prevention of hamstring injuries in football is eccentric strength work.

Eccentric strength is that produced when we activate the fibres of a muscle that is being stretched.

However, not all eccentric strength exercises will be equally effective. We should look for those that involve a similar load to that which our muscles support when running, both in terms of intensity and speed of contraction.

As you can see, all proposed exercises involve just a single leg. The main reason for this guideline is that we’re try to make the exercises as similar as possible to the sport we practice, so it wouldn’t make much sense to do exercises sitting down, lying down or with both legs at the same time.

Other key factor when reducing the chances of suffering hamstring injuries is introducing high-intensity running work and sprints systematically within our training.

This will be very effective, as it is the quintessential injury mechanism of the biceps femoris in football, so if the muscles are adapted to bear this type of load, the chance of injury will be reduced (as long as we do it consistently in terms of amount and frequency).

Following scans and clinical assessment, we can confirm that @dele_official has suffered a hamstring strain, sustained during Sunday's match.

Dele will now undergo a period of rehabilitation with our medical staff, with the expectation of returning to training in early March. pic.twitter.com/BalHwgBFHZ

Lastly, we’ll highlight the importance having good technique, in terms of specific footballing movements such as slowing down, accelerating and changing direction, amongst others.

As with any muscle injury, the most important thing in the recovery from a hamstring injury is to respect the biological processes of tissue repair,, as there are no miraculous techniques to recover in record time.

Having said that, I’d like to point out that respecting these timeframes does not mean standing still, as this would delay us and also reduce the quality of our recovery. 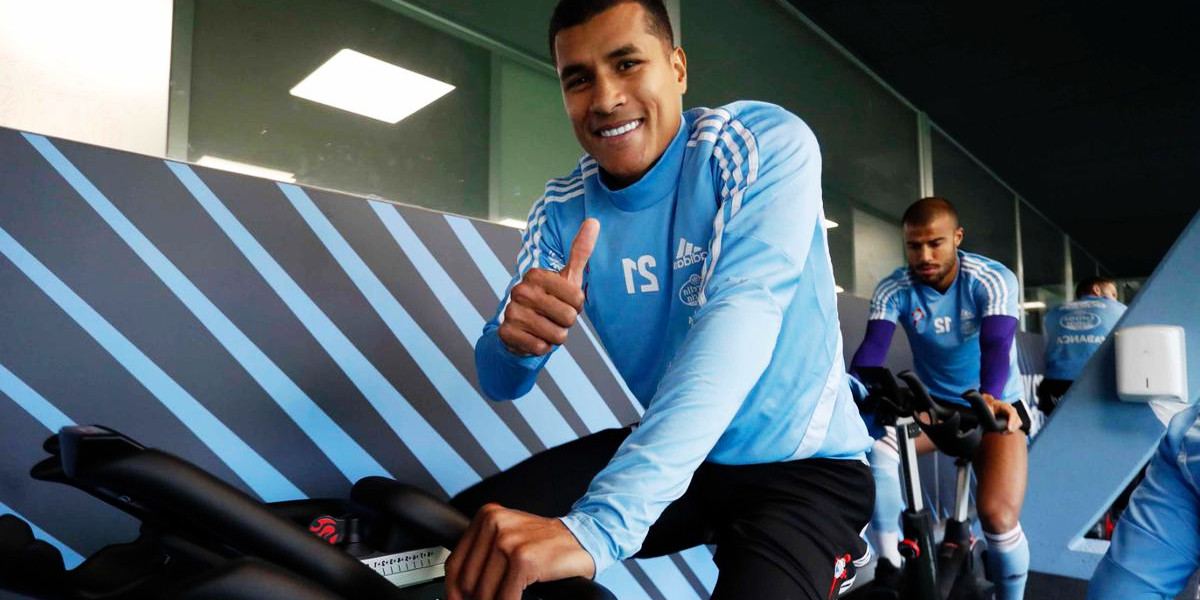 Although everything depends on how serious it is, from between 48-72 hours after suffering the injury we can start carrying out non-impact activity, such as the bicycle, to favour circulation in the injured area.

In addition, we can start with isometric contractions, that is, those that don’t result in either shortening or stretching of the muscle fibres (for example, pushing the heel against the floor when we’re lying down).

After 7 days, we can start with concentric contractions (with shortening and stretching of the fibres), starting at a low intensity and increasing it progressively.

From there, we’ll gradually introduce more running and football-specific work, provided our muscles respond well, as the most important thing is not that we follow the standard timeframes, but that our tissues are ready to move forward.

The main advice in this regard is to put yourself in the hands of a professional rehabilitator to ensure your recovery meets all the criteria necessary for you to play again with the best possible guarantees and the lowest risk of relapse.

How much time will I be out for?

Every player is a world and so is every injury, so the same injury can have different recovery times, not only between two different players, but in the same player if he suffers it several times.

That said, the scientific literature does tell us in what timeframe professional football players will likely be working with, depending on the degree of severity of the injury:

However, we should bear in mind that, although our tissue might have recovered and the injury healed well, this doesn’t mean we’re ready to return to competition. Instead, we’ll need to do some physical-sports readaptation that will help us return to a state equal to or better than that which we had before the injury. The aim will be to reduce the risk of relapse.

Related links not to be missed:

Carlos Gallardo, in addition to working as a youth team trainer for Rayo Vallecano of Madrid, is passionate about scientific dissemination.
@GallardoC90
Previous Navette Test Course: How it is done and Interpretation of the Results
Next Fartlek: What is it, Types and How to Do it
Related Articles