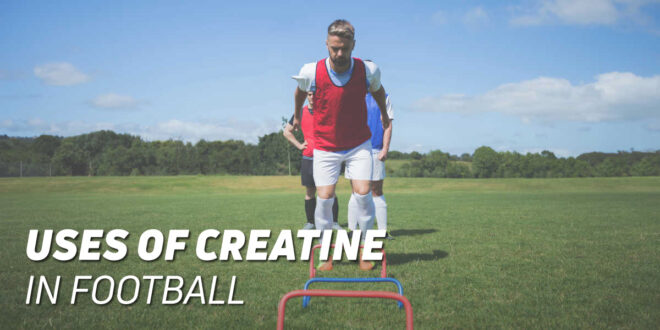 The demand on the performance of footballers is increasing due to the number of matches they have to face within a smaller period of time, as well as the increasing professionalisation that exists. Are food supplements necessary to increase performance? Here we’ll discuss the importance of one of them, creatine, in football. 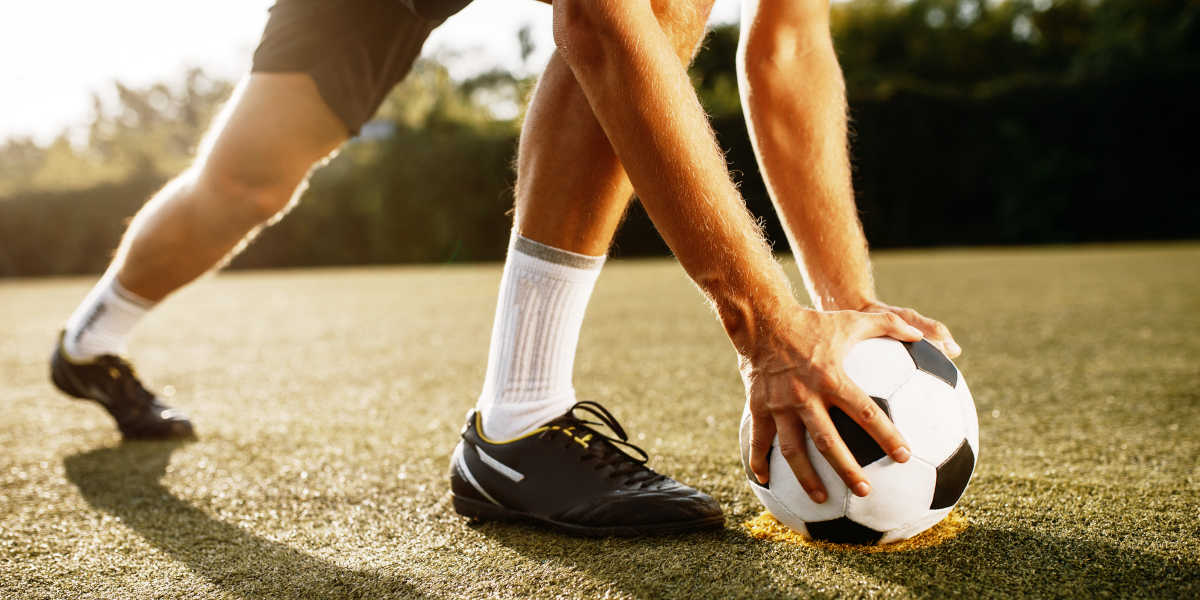 Let’s have a look at the effects of Creatine

Do you know what creatine is and the effects it has on athletes?

We don’t want to repeat here aspects already looked at in great depth in the specific post we have in our blog about this supplement. Want to stop here and have a read of it? Access it here.

What we do want to make clear from the beginning of the post is that it’s a supplement that has proven results. Not in vain, it’s one of the most-studied products, and the vast majority of them support it.

Over the last few years, supplements, and especially creatine, have been linked to gyms and help in gaining muscle mass. This is a big mistake that is still being taken as an example.

The fact is that supplements are becoming more and more widespread in the world of professional and amateur sport. Why? Because science is showing how they really can improve sports performance… or help to improve it, provided that proper training and diet are followed..

So, in sports like football, which mixes explosiveness and endurance, creatine is an important product, being key for muscle endurance and recovery, as we will see later. 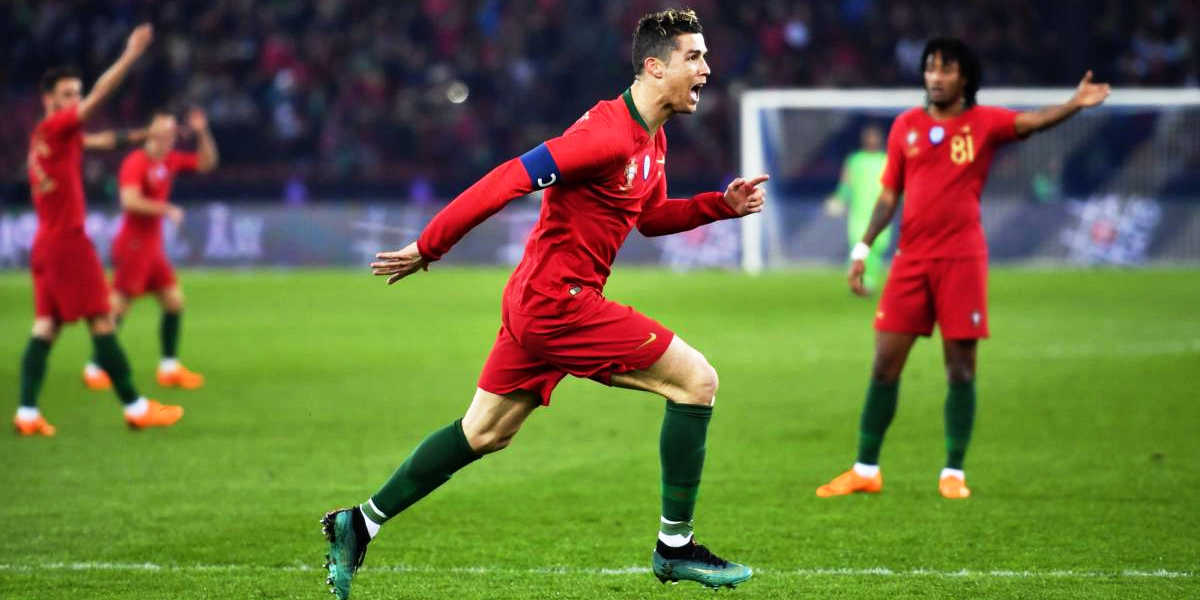 Do footballers take sports supplements on a daily basis? The answer is yes. Has it been going on for a long time or is it current?

In 1998, the newspaper El País published an article that revolutionised the world of football. Real Madrid had to defend the use of creatine in the first team. 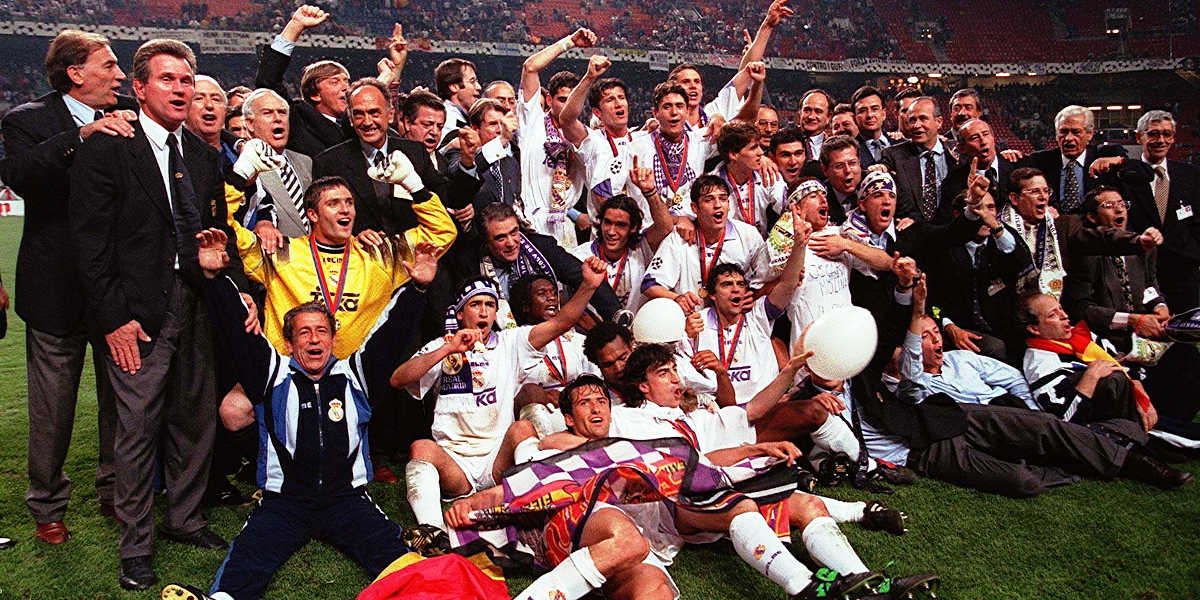 Why? That year was dramatic in other sports such as cycling, as a result of doping scandals, and the medical team of Real Madrid had to explain why their players took this product.

Dr. Manuel Chamorro, head of the medical team of the club at that time, made it clear that it was a legal product, leaving open “the possible benefits” that it could bring to their players.

“Improving a striker’s sprint, even by 1%, can decide a match”, defended the doctor of one of the best clubs in the world of football more than 20 years ago.

Years later, the newspaper AS also published other information related to the consumption of creatine in two top level clubs: FC Barcelona and RCD Espanyol. The medical team of both teams had to keep up with the ‘legal’ consumption of this product.

“Practically all teams in Spain take it, either in tablet or powder form”, said Juan Carlos Gonzalez, a doctor from Espanyol in the pages of the sports newspaper.

On his part, Jordi Ardhvol, the head of Barça’s medical team at that time, defended it as “one of the protovitamin aid products we use with the players”, recalling that it was a product allowed by the IOC.

Six years after the first article, Ardhvol did speak a bit more specifically about the use in football players: “It is not always taken by all players, some take it more frequently than others and for longer periods. “For example, it is advisable to take it for two months and then rest another two”. 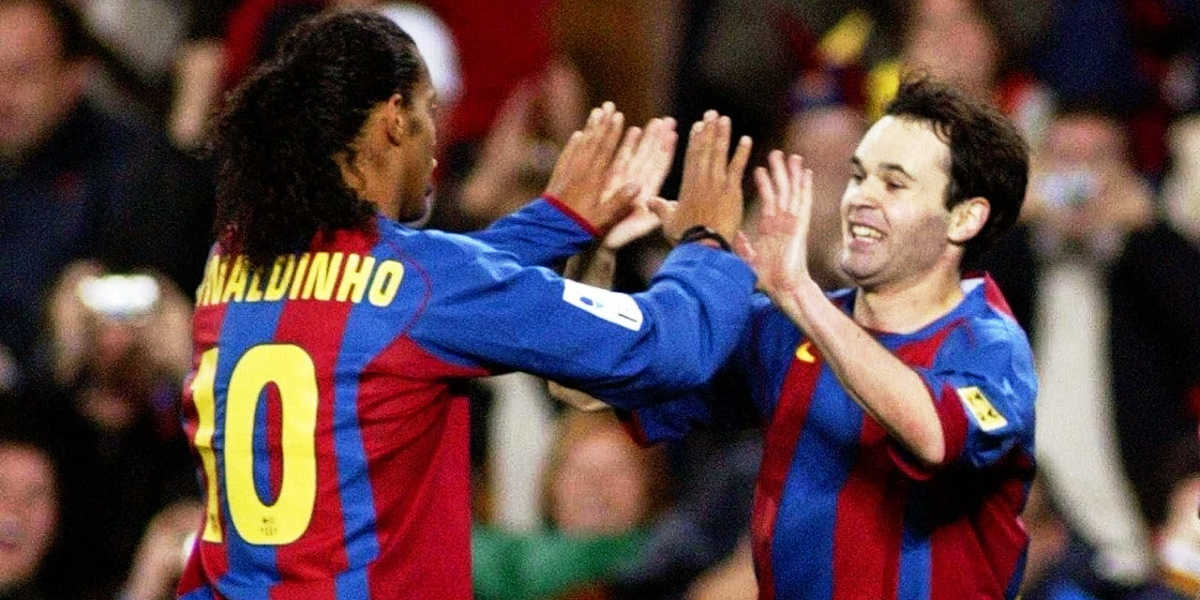 Why do footballers take creatine?

Seeing as creatine is a supplement that footballers have been taking for decades, we now turn to the question of what benefits can be obtained from its consumption .

Firstly, we need to specify the type of physical exercise that football demands: anaerobic. That’s to say, an effort marked by short and intense but repetitive periods of strength demands. In this way, rapid physical effort is required, and it’s necessary to find rapid recovery of the muscles to complete the various repetitions.

What demands do these sports have?

Anaerobic sports, such as football, require a high quantity of so-called fast fibres or type II fibres. It is precisely these muscle fibres that will have the highest creatine capacity.

The consumption of this supplement will improve performance in short duration sprints, as well as in large intermittent and repeated efforts.

On the other hand, it has also been shown that, taken together with whey protein supplements, it can promote muscle recovery after demanding training sessions and top competition matches. 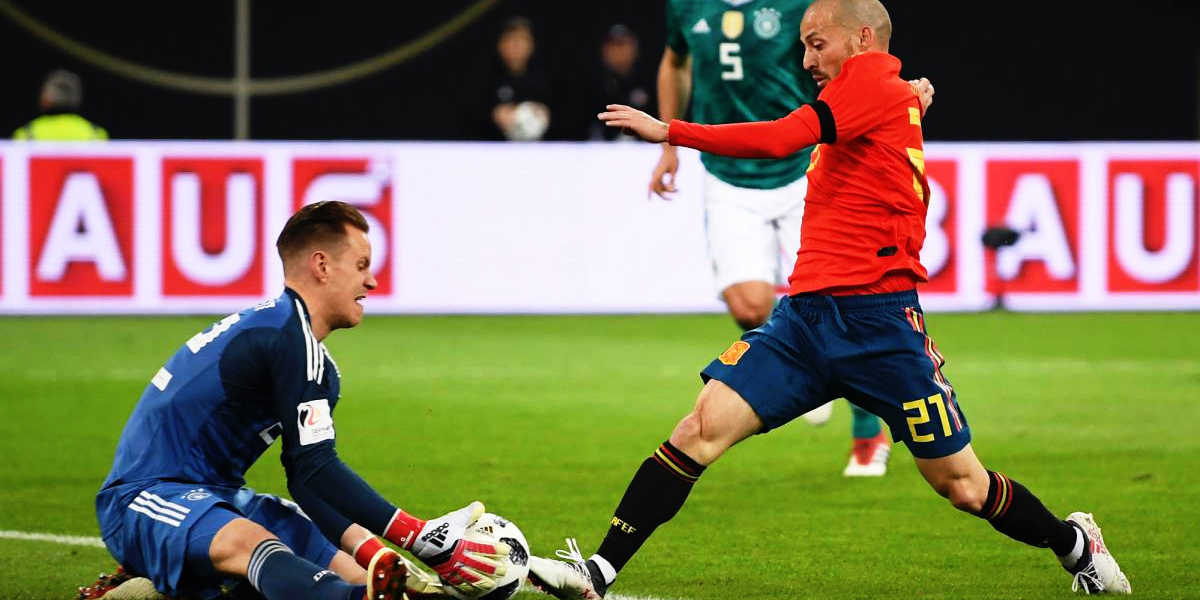 What does science say about Football and Creatine?

A study conducted by Spanish authors and published in 2019 sought to find out, through various field analyses, what the results of creatine supplementation in football players were.

The aim of the study was to “perform a systematic examination and meta-analysis” to determine the effectiveness of creatine supplementation in “increasing performance in football related skills”.

The results, after supplementing a number of football players with creatine and a second group with placebo, were as follows:

Creatine supplementation in football players shows a number of positive effects in the various physical performance tests that the football players in the above-mentioned study were subjected to.

Particularly notable was the improvement in the anaerobic potency of football players, meaning the study shows improvements related to anaerobic metabolism.

How should footballers take Creatine?

In a world as closed off as football, despite being the so-called king of sports, the intake of this type of supplement is still too hidden.

According to research published in recent years, many football clubs tend to load their players with creatine at different times of the season.

One of the loading periods is the pre-season, held during early summer. It’s there where the players try to get their physical aspect ready in order to arrive in the best condition for the approximately 10 months of competition. 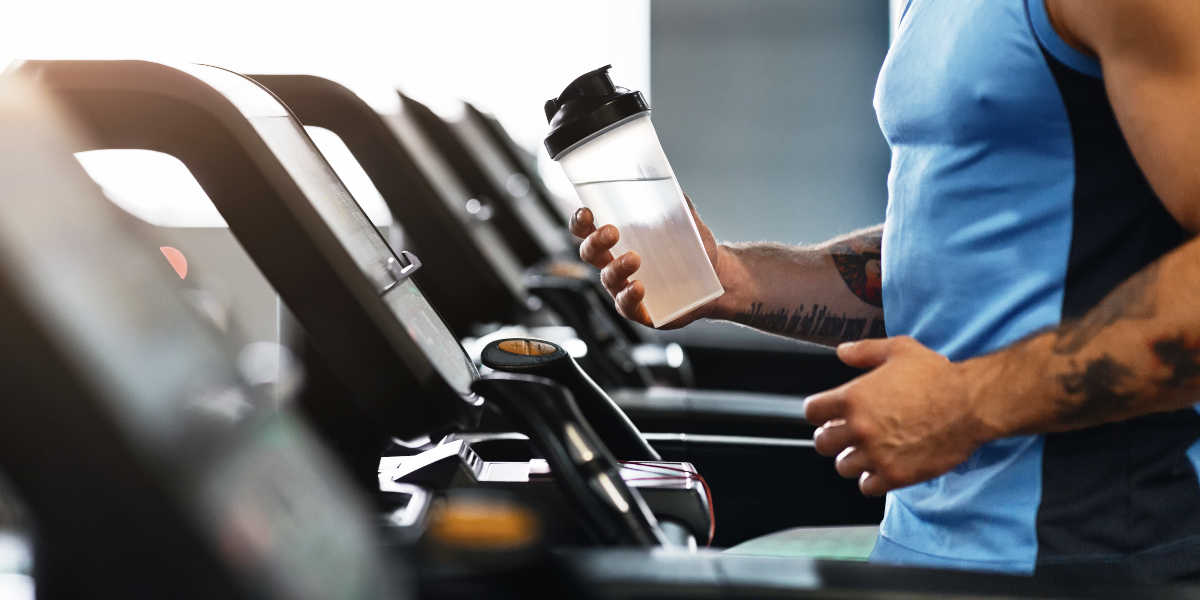 The increasing accumulation of matches, especially on specific dates in the season, means that football clubs have to schedule another creatine load on dates prior to that increased match load. For example, in the case of Spain, the greatest number of matches occur between the months of January and February, when competitions such as La Liga, Champions and Copa del Rey overlap.

Despite all this, there is little or no information on this from the medical teams and members of the various fitness departments of the football clubs.

How much should be taken?

In the 2019 study conducted in Spain on the use of creatine supplements in football, the following intake resulted in improved performance of football players:

Loading doses of 20-30 g per day, dividing the intake up to 4 times per day and during up to 7 days of consecutive intake. At the end, for a further 9 weeks, it’s recommend to take 5 g per day or the second lowest option of 3 mg/day for 14 consecutive days.

Some myths about Creatine and Football

There have been many myths about creatine supplementation over the years.

Some of them can be found in the specific entry we have in our blog (that you can read by clicking here).

As if this were not enough, we’ve also reviewed throughout our article how in the world of football the idea of creatine as a banned substance has had to be denied at various points.

Today, the use of creatine in the world of football is widespread. It’s true that neither footballers nor clubs are often associated with sports nutrition companies or brands. However, they do consume products such as creatine, whey protein, multivitamins, amongst others, on a daily basis. 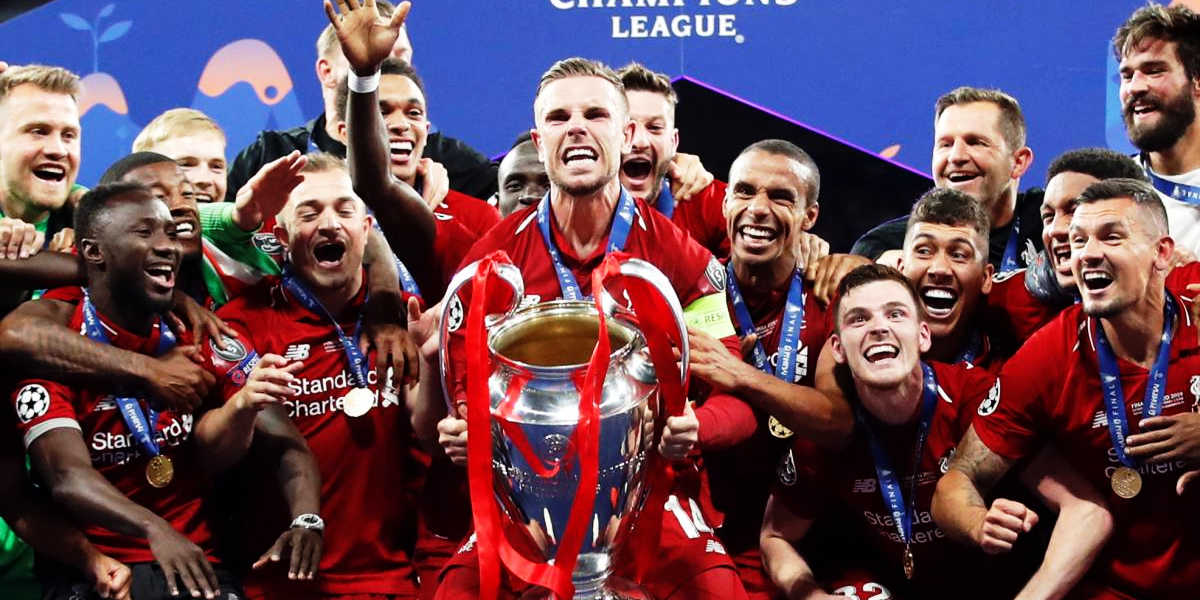 Review of Creatine Use in Football

How long have football players been taking creatine - 100%

Why should footballers take creatine - 100%

How much creatine should they take - 100%

José Miguel Olivencia is a professional of communication and sport. He has always tried to combine them in his different professional experiences, like in HSN and the HSN Blog.
Previous Forward Position Basketball Training Guide
Next What Is the Maximum Recoverable Volume?
Related Articles 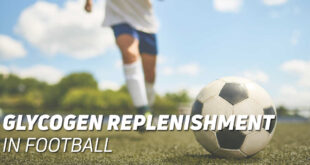 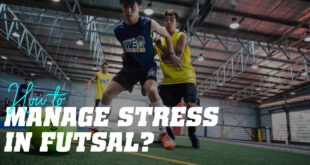 How to Manage Stress in Futsal? 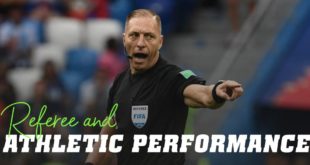 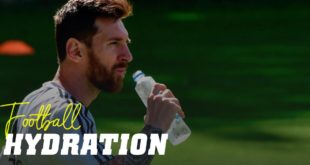 The Importance of Hydration in Football

We tell you everything you need to know about hydration in football. What do we …