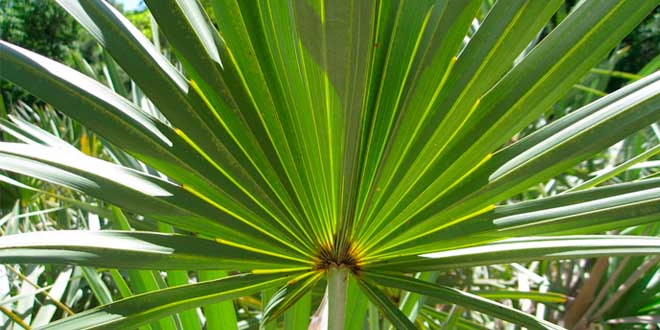 The saw palmetto extract is an anti-androgen. It inhibits the transformation of testosterone in dihydrotestosterone. Above all, this effect can be beneficial in order to prevent the prostate enlargement or to relieve its symptoms.

What is saw palmetto?

Saw palmetto can inhibit some of the effects produced by some hormones and it has a powerful anti-inflammatory effect.

Native Americans have managed to obtain formulas from its berries in order to treat urinary and reproductive problems. Moreover, it can also be used for coughing, gastric indigestion, sleep problems and infertility.

The berries from saw palmetto contain a series of ingredients, like sterols, and particularly beta-sitosterol

In addition, it also contains long chain sugar molecules, flavonoids and vegetable oil. All these substances have a powerful and positive effect on the prostate.

Several clinical studies have shown how saw palmetto can relieve the symptoms of benign prostate hyperplasia.

Unlike the medicines prescribed against this disorders, it does not have side effects and it improves the health and sexual potency.

Saw palmetto is used to treat the following problems:

Saw palmetto has been used in alternative medicine as a potential treatment to prevent complications in prostate surgeries. For example, bleeding or other problems, as well as shortening the post-surgery recovery.

Moreover, it is also used to treat the symptoms of prostate enlargement (benign prostate hyperplasia or BPH). For instance, night micturition or less urinary flow. Although we still need more research in order to assess the benefits of this treatment.

In addition, it is also used to strengthen the thyroid gland, balance the metabolism, stimulate the appetite and support the digestion. This marvellous plant is becoming popular for its ability to regenerate the hair. Moreover, it also takes care of the prostate health, libido and has toning properties.

We can eat the fruit from saw palmetto directly as a berry, which provide carotenes, lipase, tannins and sugar

But we will obtain its main benefits more effectively from the saw palmetto extract. Above all, this is due to its high percentage of sterols and fatty acids: capric, caprylic, capric, lauric, palmitic and oleic acids.

Saw palmetto is a plant with excellent properties both for men and women. In fact, it is used by professionals as a natural treatment against many disorders like the inflammation of the testicles or urinary tract, coughing and respiratory congestion.

During 1998, there were 18 controlled clinical studies conducted on 3000 men who suffer benign prostate enlargement.

The prostate is an organ that belongs to the male reproductive system. It is as big as a walnut and it is located between the bladder and urethra. As we grow old, the prostate grows bigger and bigger. In fact, it can grow so much that it can squeeze the bladder or urethra, causing urinary problems.

BPH or benign prostate hyperplasia can trigger other problems in our organism. For instance, hormone changes like an excess of estrogens, the deterioration of the blood vessels or even a zinc deficiency

To put it simply, saw palmetto can help to increase the natural testosterone production

Reducing the growth of the prostate has a series of benefits. Actually, it relieves the following symptoms caused by BPH:

One of the most rigorous studies on the matter showed the following results: Combining saw palmetto and carnitine relieved the symptoms of benign prostate hyperplasia in just three months.

Above all, this combination specially helped with nocturia (waking up at night to urinate).

Saw palmetto is a natural remedy and an alternative to medicines that can lower the risk of suffering prostate cancer. As we have already seen, it blocks the 5-alpha reductase enzyme, reducing the conversion of testosterone into DHT.

Saw palmetto can be used against impotence and erectile dysfunction. Mainly because it is a completely natural product, without side effects that also stimulates the virility.

Above all, this is due to the fact that it can cause a painful ejaculation or erectile dysfunction.

Taking finasteride or alpha-blockers against prostate enlargement can trigger other symptoms. For example, irritability or a state of depression. That is why most researchers have concluded that saw palmetto is a beneficial and effect treatment. All in all, it prevents dangerous side effects, reduces the prostate inflammation and improves the quality of life.

There was a pilot clinical study conducted in 2003 for eight weeks. Eighty-two men with mild and moderate symptoms of prostate hyperplasia took a daily dose of 320mg of saw palmetto extract.

This study proved how the patients improved. In fact, it relieved the symptoms of this pathology like residual urine, frequent micturition, night micturition…

At the same time, their health and sexual life in general considerably improved as well. Moreover, combining saw palmetto with astaxanthin also improves the sexual vitality during old age and prevents the loss of testosterone.

It can cause a libido increase both in men and women. Since the herbal extract is related to the endogenous testosterone production, it can improve the sexual relations.

The urinary system tends to become weak as we grow old. In fact, incontinence is a very common problem among old people. But saw palmetto can strengthen the urinary organs in order to prevent this disorder. On the other hand, it can prevent or treat kidney stones, improving the health of the kidneys.

This benefit may probably be the less popular one. However, saw palmetto extract can enhance the immune system. For example, it can be quite useful against colds or throat pain.

Due to its anti-inflammatory properties, it can relieve headaches and migraines. Its intake will considerably ease the pain.

Even though saw palmetto is one of the most used remedies for men, it can also be beneficial for women.

One of the most popular benefits of saw palmetto for women consists of stimulating the production of prolactin. This hormone can help to increase the size of the breasts.

Saw palmetto is also one of the best remedies against bladder inflammation in women as well as painful micturition.

Finally, it can also reduce the hirsutism (or growth of body hair) in women due to an excess of male hormones.

What is the prostate?

The prostate is a small gland similar to a walnut in terms of size and shape.

It is located under the bladder and surrounds the male urethra like a ring.

From the age of 75 onward, almost all men suffer prostate inflammation.

Most of the time, this problem is not dangerous, unless there are other health problems.

However, around a 25 or 30 per cent of the cases, the inflammation causes benign prostate hyperplasia (BPH). It has different symptoms, but one of the most common ones is unpleasant discomfort when urinating.

The medicines that tend to be prescribed to treat benign prostatic hyperplasia (BPH), like finasteride and alpha-blockers can have serious side effects. For example, impotence, depressive states, as well as dizziness, headaches and tiredness.

Some of the natural products to treat the symptoms of BPH are: pumpkin seeds, nettle, rye pollen and African plum. But, without any doubt, the saw palmetto is the best treatment against benign prostate enlargement.

It is advisable to take a dose between 160-320mg in order to treat this disease and to obtain the previous benefits.

As always, we suggest consulting a physician before taking saw palmetto supplementation if you are using some medicines.

If you prefer eating the fresh berries the recommended dose of saw palmetto is between 1 and 2 grams a day.

Occasionally, saw palmetto can cause some side effects on some people. For instance:

Saw palmetto extract is made with the natural berries from the plant. It is available in different formats, compositions and efficacy. Moreover, it tends to be combined with other natural products, like pumpkin and nettle. In the end, the result will depend on the combination and ingredients of each product. Therefore, we will need to always choose a quality product to obtain the best results.

Specially during the first stages of the disease (benign prostate hyperplasia – stages I and II) it is advisable to take American dwarf palm tree extract to relieve the symptoms.

The American dwarf palm tree is an alternative when we suffer mild prostate problems. However, if it is a serious problem, we can combine it with a conventional medical treatment to enhance its effects.

Sometimes, saw palmetto can interact with ibuprofen, naproxen and aspirin. But it is still a completely natural alternative and one of the most valuable remedies.

One of the most important properties of saw palmetto is its ability to regulate the hormone levels. More specifically, it enhances the testosterone production, which is why we can combine it with products with similar benefits.

Therefore, we can make a “stack” to improve the hormone regulation with:

Where can I buy saw palmetto?

You can buy saw palmetto in HSN. This product will support the hormone function apart from being enriched with different ingredients for this purpose.

Melanie Ramos uses the HSN Blog to share the latest information and content, so that all those readers who want to learn.
Previous Valerian – An effective natural remedy against insomnia
Next Protein Chocolate Truffles
Related Articles