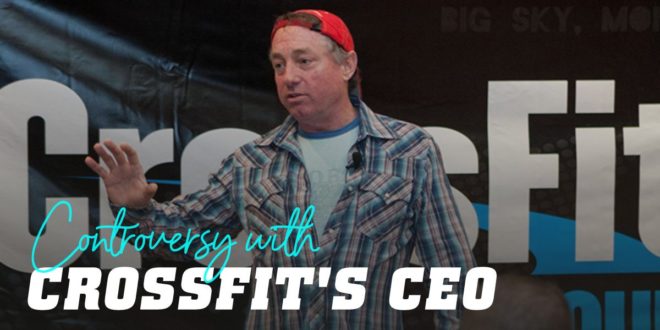 The disrespectful tweet of the CEO of CrossFit®, Greg Glassman, has mobilised the entire community.

Glassman retires and cedes the role to Dave Castro

“I’m stepping down as CEO of CrossFit, Inc., and I have decided to retire. On Saturday I created a rift in the CrossFit community and unintentionally hurt many of its members.

Since I founded CrossFit 20 years ago, it has become one of the world’s largest network of gyms. All are aligned in offering an elegant solution to the vexing problem of chronic disease.

Creating CrossFit and supporting its affiliates and legions of professional trainers has been a labour of love.

Those who know me know that my only issue is the chronic disease epidemic. I know that CrossFit is the solution to this epidemic and that CrossFit HQ and its staff serve as stewards of CrossFit affiliates worldwide.

I cannot let my behavior stand in the way of HQ’s or affiliates’ missions. They are too important to jeopardize.”

“CrossFit is a community — one that is global, diverse, and tough..

Every person in our community shares a common bond. We are all dedicated to a visionary and transformative approach to health and fitness. Our individual passions for that approach have forged an enduring community.

Our community is hurt, though. Our shared bond brings together millions of people with different opinions, viewpoints, and experiences.

Friction is inevitable. Common ground, mutual respect, and fellowship must also be inevitable. I’m honored to take on the role of CEO of CrossFit, Inc.

I hope to do right by affiliates, trainers, athletes, and other members of the CrossFit community around the world and never lose sight of the mission Greg established for us all.”

Origins of the controversy

On May 25, 2020, the city of Minneapolis suffered a new instance of police brutality towards an African American citizen, highlighting the racism, xenophobia and interracial hate attacks that have engulfed the American country for decades and have not yet been overcome.

A police officer is alleged to have murdered an African American citizen, who was not resisting arrest, by suffocation.

The policeman held George Floyd with his knee on his neck for almost 9 minutes, an act he maintained despite the sobs of the detainee, begging him to lift the pressure, who was cooperating, showing that he was not letting him breathe with the phrase “I can’t breathe”, one of the slogans of the demonstrations of the 2020 Black Live Matters movement.

All this has brought on a period of civil unrest. People questioned why officer hadn’t lifted his knee, as he was not resisting, he was bleeding. And it reached a point where Floyd stopped responding; and the other 3 agents stood in support.

Each and every member of the HSN staff is appalled by the situation, believing that once again, these events reveal a major problem: the lack of social equality and the long path that remains to be traveled in order to achieve the equality that we all deserve, regardless of our sex, race, ideology or condition.

Greg Glassman is the CEO of CrossFit®, a renowned fitness industry brand that has revolutionised training and brought high-intensity, load-bearing training to all sectors of the population; a social service with an unmatched positive impact on the public health of the inactive population.

Glassman has already been the focus of social criticism for some of his past statements denoting the lack of empathy and sensitivity toward certain groups.

As is the scandal of the “open diabetes” that he created in 2015 by saying that the consumption of sugar (in this case sugary drinks) was the unmistakable cause of the development of this complex metabolopathy and with a variant of autoimmune origin, diabetes mellitus type 1.

These publications triggered a series of declarations from brands that had commercial interests (including CrossFit itself), sponsors, associations and entities that seek to bring the reality of diabetes closer to the general population.

On this occasion Glassman once again showed his disregard when he commented on a statement on Twitter from the IHME in the University of Washington, which was highlighting the public health problem of racism and discrimination.

Glassman replied to this tweet with a “It’s Floyd-19”, making a satirical comment with the name of the deceased and the COVID-19 pandemic.

The tweet in question has been perceived as a clear lack of respect for the cause and a disregard for the Black Lives Matter movement.

In a matter of hours, a large number of CrossFit® brand owners have broken their ties with the company, in some cases publishing open letters that have caused a significant social impact in their sign of approval.

An open letter to @crossfit : you can do better. ___ Regards, Petworth Fitness . FORMERLY . CrossFit Petworth

It is very clear that a (large) part of the commercial support for the CrossFit brand®, the success, and the viability of its events is due to collaborations with companies such as Rogue or Reebok.

Now, some of the companies collaborating with CrossFit® have disassociated themselves from the brand, as is the case with RomWod.

And others like Rogue are hanging on by in a thread, with brand communications that state that the comment is unacceptable, that the brand and community is not composed of just one person, and that they are assessing what is the best decision moving forward.

Rogue does not support the latest statements made by the CrossFit CEO, Greg Glassman. His comments are unacceptable under all conditions. The community is bigger than one person. The movement is stronger than one person. Noone should be expected to tolerate anything that keeps us from moving forward as one. Effective Immediately: 1.0  Rogue Invitational will remove the CrossFit Logo from the 2020 event. We will only allow discussion of sanctioning with real discussion on the future 2.0  Rogue will work with the CrossFit Games leadership to determine the best path forward. We will fulfill the 2020 season for the athletes and the community. The future is dependent on the direction and leadership within CrossFit HQ.  Rogue has been the equipment provider since 2010 and we believe it is part of our DNA.  We hope there is a path forward. We stand behind the community.

Many athletes have expressed dissatisfaction with Glassman’s tweet. It was particularly apparent in the case of Katrín Thorisdottir, who posted a photo on her Instagram saying that she found herself “truly ashamed of the situation”:

And an email sent by Glassman to a brand partner has been leaked where they ask for explanations and point to the CEO’s misconduct, where Glassman begins with:

“…honestly, I think quarantine has negatively impacted your mental health…”.

This has also led athletes like Jason Khalipa, Noah Ohlsen and Chandler Smith to break their ties to the brand; in addition to many others like Davidsdottir, Tia Toomey and Mathew Fraser, who have expressed their discontent with the situation and the brand in various ways through social media.

My participation in the 2020 @crossfitgames will be contingent upon major changes being made. ⁣ ⁣ I LOVE competing, I LOVE training, I LOVE being able to challenge myself and become better from it. ⁣ ⁣ I also LOVE people.⁣ ⁣ This is probably the hardest decision I’ve ever had to make. It’s been weighing on me for days. I’ve consulted many of my closest supporters. All of that said, I’ve decided that I cannot, in good conscience, compete during this time for a company that hasn’t shown themselves to have values that I align with. ⁣ ⁣ I’ve been talking a lot about this movement and my strong desire to stand up and fight for equality. Right now, I’m taking action. The repercussions of this could be huge. I’ve weighed them and my belief in this is stronger than their potential outcomes.

Glassman apologised in an official statement on CrossFit’s Twitter account, apologising for his words and the damage he may have caused.

Many people have attributed this gesture to the economic interest behind the action, which intends to prevent other brands from disassociating from the company, and have asked why Glassman himself has not published a more personal response, without involving the company.

General acceptance has not been good:

Later, Glassman posted comments on his Twitter accusing the IHME of a mismanagement that had led the population to a confinement situation, and explained that emotionally he felt offended that the entity would talk about racism when “they have failed to control quarantine”.

A message that only fanned the flames of debate and caused many users to categorise this intervention as “nonsense.”

The future of CrossFit® as a brand is wobbly and uncertain, right now everything is very recent and we cannot know what the outcome of this situation will be, but with the epidemic context of COVID, uncertainty and more than likely the cancellation of the Games this year, along with the discontent of affiliates, box owners and athletes…

Everything points to it being very difficult to maintain the brand, at least at the level at which it was previously established in the global landscape.

What is your opinion about what happened? Do you think Glassman’s intervention is a sign of racism or a joke without significance? Do you think the dissociations are justified? If you want, you can leave your comments about the situation.

A specialist in Pathophysiology and biomolecular effects on nutrition and sportive activity who will show you the elaborate world of sports nutrition in his articles, employing a simple and critical writing.
Previous What is the Best Fuel for the Brain, Ketones or Glucose?
Next Vitamin D3 and K2: Better Together than Apart
Related Articles 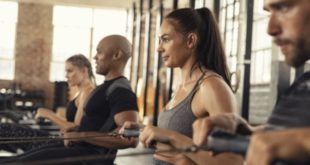 How much Protein do you need if you do CrossFit? 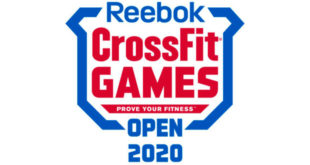 CrossFit Open 2020, all you need to know 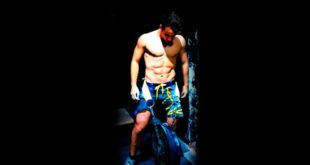