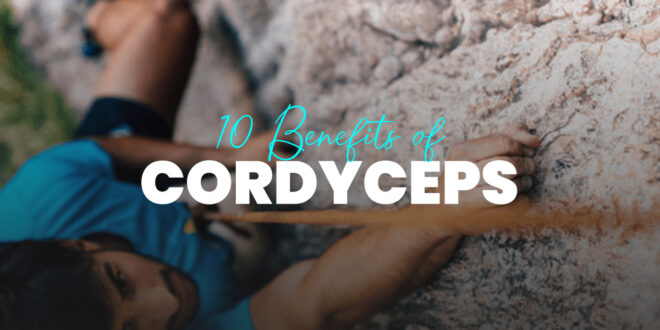 Cordyceps is spoken of as the “Tibetan treasure”, given the extraordinary properties of one of the most popular natural remedies of traditional Chinese medicine.

There are more than 400 species of Cordyceps, most of which are born in the high Himalayan mountains, in Tibet, Nepal, India and certain areas of China. Three of them are particularly well-known: Cordyceps sinensis, also called Yartsa gunbu or yarsagumba, Cordyceps militaris and Cordyceps unilateralis. 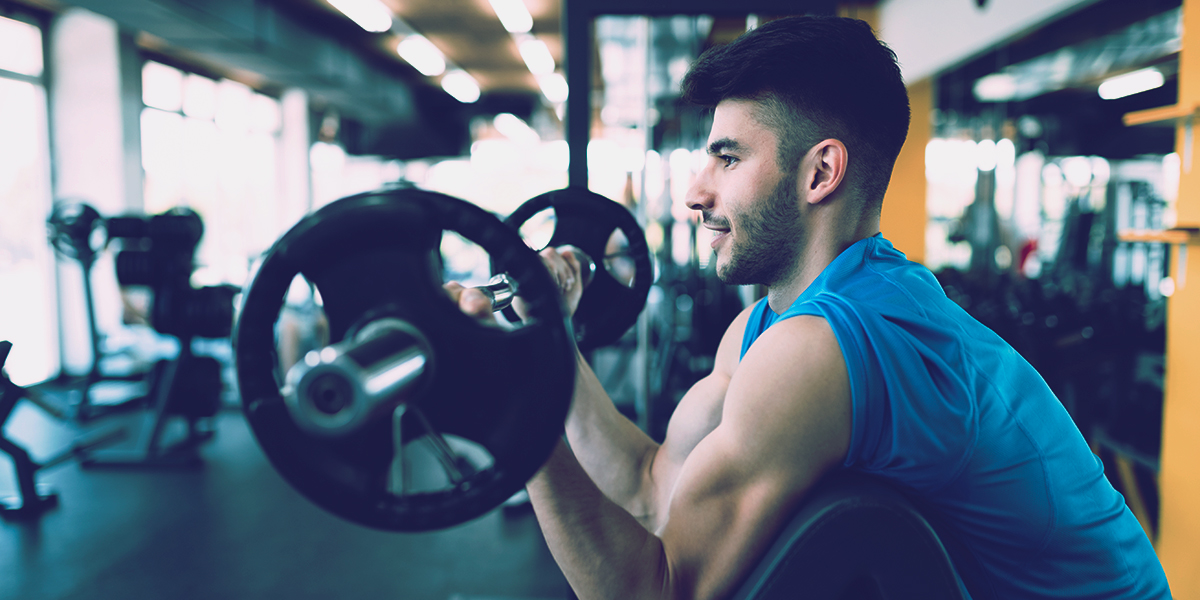 Of great value for the medicinal benefits it provides for health, the parasite fungus has various names, such as Jeera jhar, Dong Chong xi cao or Tocheikasa, among others, and much to offer you. Curious?

Used in Asia for centuries, Cordyceps sinensis is a fungus with extraordinary adaptogenic capabilities, capable of providing energy and vitality that can be used to cope with situations of physical and mental stress.

In fact, it’s been called ‘the mushroom recommended for sport‘, after in 1993 it captured the spotlight around the world after the results obtained in a national competition by some Chinese athletes.

To their own amazment and that of strangers, the athletes broke world records in the 1,500, 3,000 and 10,000 meter tests, without showing any symptoms of fatigue. These results were due, in part, to the inclusion in their diet of Cordyceps sinensis.

In addition, there are several scientific studies that confirm its action for increasing the use of oxygen and the production of ATP, increasing muscle power, shortening the period of muscle recovery and favouring the elimination of lactic acid.

In addition to the anti-fatigue effect of this fungus, which gives elderly people the feeling of a higher level of activity, Cordyceps has the ability to counteract the effects of oxidative stress, which is responsible for accelerating the symptoms of ageing, as well as promoting the appearance of diseases.

This information is supported by a study carried out in 2016 with human peripheral blood cells. In addition, tests  carried out with mice showed that those who had been given this fungus lived longer than the members of the control group, who were treated with placebo.

3. To protect the heart

A study to be published in Phytotherapy Research showed that Cordyceps increases levels of adenosine, the natural compound that acts as a cardiac protector.

To these we need to add the conclusions of a study carried out in China, which tested the effect of this Tibetan fungus on a group of mice that received a diet rich in saturated fats. Well, it was determined that the supplementation managed to reduce levels of LDL or bad cholesterol, as well as triglycerides in the blood, promoting an improvement in cardiovascular health.

There is sufficient scientific evidence that Cordyceps improves insulin secretion by the pancreas, inhibiting insulin degradation. At the same time, it reduces the oxidative level, one of the main culprits of insulin resistance.

As if this weren’t enough, it promotes the gradual absorption of glucose from the digestive system into the bloodstream.

A study published in 1999 in the Biological and Pharmaceutical Bulletin, showed that this peculiar living being was able to stabilise blood sugar in hyperglycemic diabetic rats that were induced by drugs.

Researchers in this study concluded that the benefits achieved were due to an increase in liver enzymes, liver glucokinase, and glucose-transporting isoform 2 (GLUT-2).

This effect seems to be applicable to both the male and female population. For women, the Tibetan therapeutic fungus stimulates endocrine functions, regulating hormones.

Experts believe this could be of great help so that the egg is mature at the time of fertilisation, avoiding the excess mucus that can obstruct the fallopian tubes.

In the male case, it was a study carried out with pigs that gave the data that the males who took Cordyceps militaris experienced a 33% increase in sperm count, as well as 29% in malformations and a survival of 79% more of them. The study was published in The American Journal of Chinese Medicine.

Alongside this, it’s worth highlighting the role of Cordyceps as a sexual invigorator, being able to be used by both men and women, concluded to be able to combat sexual dysfunctions, constituting a formidable natural alternative to the famous Viagra.

6. To stimulate the immune system, and as an anti-inflammatory

Strange as it may seem, some inflammation is beneficial for the body. Although an excess of it can encourage the development of heart problems and even the increase of the chances of suffering from cancer.

In relation to this, the Tibetan fungus reduces proteins that increase inflammation, so it could be said that it is a natural supplement for anti-inflammatory drugs. Moreover, it’s believed that you could even use it as a great alternative for the treatment of inflammation of the respiratory tract, as is the case of asthma. 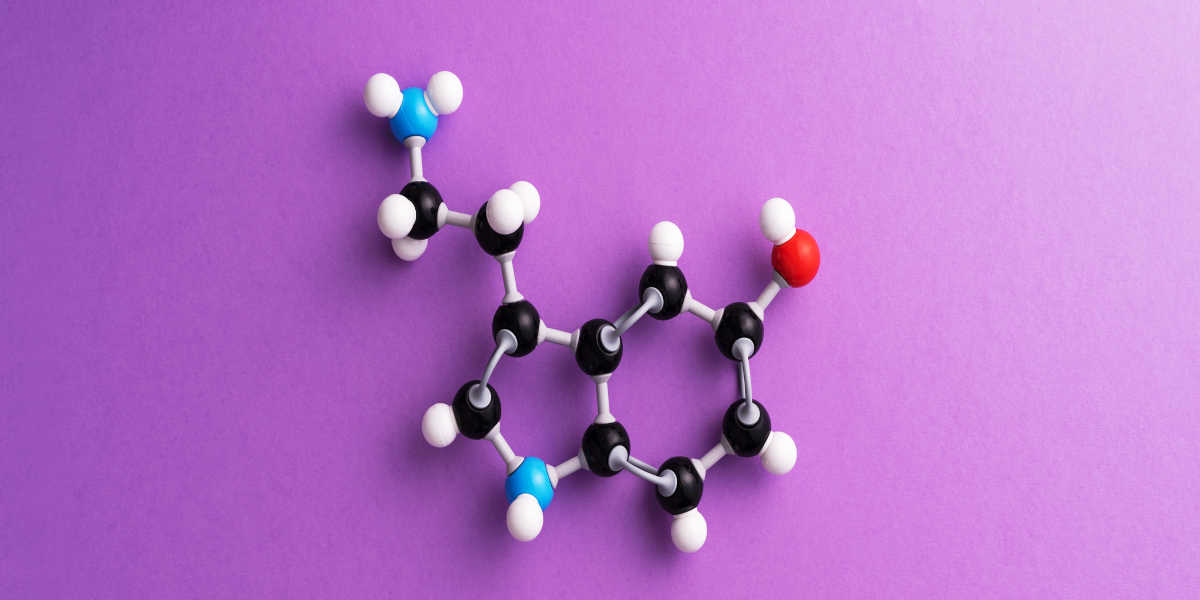 Cordyceps has been used as an aphrodisiac in Asian culture for centuries. Commonly used as an effective aid to increasing libido, among other things, it continues to gain followers every day eager to test what they say are powerful effects for the improvement of private lives.

In this line, researchers have hypothesised that it could have a positive effect on reducing the adverse consequences of stress, as well as improving the production of sex hormones.

In 1998, a study was carried out which shed light on the positive effect of Cordycepss in relation to steroidogenesis or steroid hormone production.

The relationship of yarsagumba  and liver health is also the subject of numerous studies, among which a research published by the Word Journal of Gastroenterology stands out , which concluded that Cordyceps sinensis has the ability to curb tissue fibrosis, improve hepatocellular function, and lower inflammation levels. 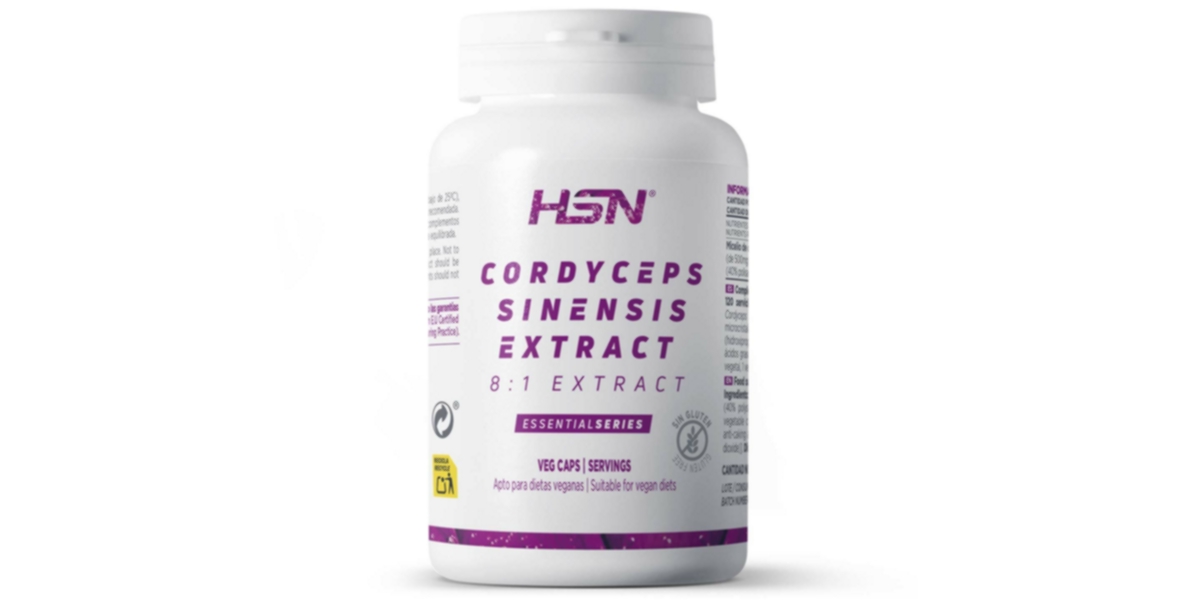 9. Yarsagumba as a possible agent against other diseases

Its possible anticancer effect constitutes, together with the sexual effect, the main reason why the majority of people take Cordyceps, and more specifically the militaris variety.

In this order of things, there are certain studies that claim that it has the ability to inhibit the growth of cancer cells of various types of cancer, such as skin cancer, liver cancer, lung cancer or colon cancer, by virtue of the research published in the Journal of Microbiology, DARU Journal of Pharmaceutical Sciences and Molecules.

However, it should be noted that this information should be interpreted with the utmost caution, as most of these studies have been carried out in laboratory tests.

Raise your hand if you’ve never experienced how stress can fatigue your brain! So much so that it’s been found that chronic stress can create permanent inflammatory states in the brain,

In fact, chronic stress affects memory, cognitive acceleration, and the speed of cognitive processing, as well as judgment or reasoning skills. In addition, it induces mood disorders and depression and accelerates the process of neurodegeneration.

When scientists study the delusional effects of chronic stress on brain health, they observe certain inflammatory markers and analyse the neurotransmitters they consider key.

Well, in 2014, a study published in “Complementary Medicine and Basic Alternative in Evidence”, showed that the administration of Cordyceps supplements reduced inflammatory markers in the hippocampus of the brain.

And here ends the list of the main properties and Cordyceps benefits. Do you see why it’s known as ‘the prodigious fungus’ now?

José Miguel Olivencia is a professional of communication and sport. He has always tried to combine them in his different professional experiences, like in HSN and the HSN Blog.
Previous Oat and Egg White Pancakes with Nougat Topping
Next Blueberry and Banana Oat Pancakes
Related Articles 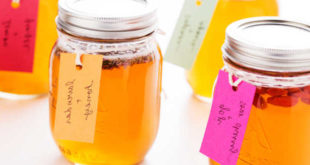 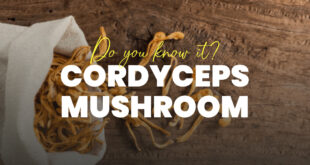 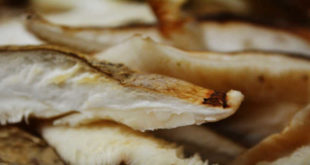 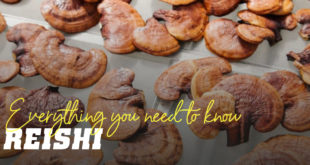 Reishi – The Elixir for a Long Life