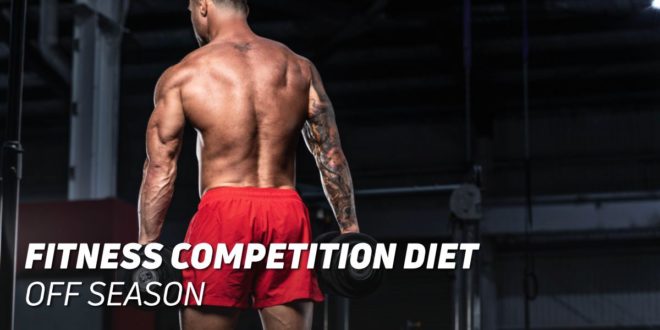 We analyse the most important points about Nutrition for Fitness Competitors in «off-season» looking to gain muscle mass.

Off-season is the period in which a fitness athlete changes their focus of preparation and concentrates on gaining muscle mass by minimizing fat mass gain, so that when the period is over, they can do the next on-season period with better body composition than the last competitive cycle.

Really off-season doesn’t necessarily imply the need to gain muscle mass. In the case of Kim Angel, for example, because of competitive standards in his category, he can’t gain more muscle mass without changing competitive weight classes.

Figure I. Kim Angel on stage.

Similarly, off-season encompasses the period from the end of competitions until an on-season stage starts again (dieting/cutting/preparation), but I have preferred to separate the post-competitive period into another article to discuss how to approach “recovery”.

Characteristics of this stage

Traditionally, bodybuilders in the 80s and 90s used the off-season stages as periods of “clean” eating and ad libitum.

A time of the season where they shifted their focus from training to heavier work systems focused on a constant increase in the external load handled; followed by very aggressive (“on-season”) preparations.

Today the trend has changed dramatically due to the commercial interests of athletes, and the condition they are in all year round is a physical necessity that allows them to attend fitness events as guests and pose in front of consumers to generate a certain spectacle.

Currently, “bulking” no longer exists among some reputable competitors.

Figure III. Sadik Hadzovic, one of the few Classic Physique athletes that makes preparations where he fills out substantially.

We now know that what was done in the last century was far from adequate.

Because gaining these body mass amounts led to a very high percentage being fat mass, because the ability to synthesize lean mass is very limited and we cannot exceed it even if we force the body to metabolize more energy, because it will accumulate it in the form of fats that there are no known limits.

First, you should start once post-competition weight is stabilized.

Once weight stabilizes at a healthy energy intake >45kcal/kg lean mass/day, we should find ourselves at around 10-11% body fat, which is a good starting point.

For this it is advisable to follow the approach that I’ll describe in the article about post-competition recovery.

It is recommended to start this stage with the lowest possible fat percentage, as the increase in the volume and density of adipocytes (fat cells) increases the expression of the enzyme 5-alpha-aromatase that alters the balance between sex hormones.

That is, the more fat that you have, the less favourable hormone profile for muscle mass gain you’ll have.

Hence everyone recommends not to exceed 15% body fat.

I am not quite clear where that exact data has come from, but the truth is that based on the data that I know, there is no limit as such from which you will not gain muscle mass.

So in any case, especially if you’re a novice, I recommend doing an off-season that allows you to gain enough muscle mass to make you competitive after definition; you’ll reach 18, 20 to 22% body fat.

In order to maximize the volume stage, and make the process more efficient, mini-cuts can be used strategically, abusing them delays the process, so they must be considered a short-lived and non-generalized tool.

Before writing in the comments, no; I’m not recommending that anyone gets fat for volume, I just recommend lengthening the volume as much as necessary, maintaining a consistent and efficient body weight gain regardless of whether you have 12 or 18% body fat.

The point from which body fat negatively affects the hormonal environment is not at all determined nor is it 15%, in fact associations that exist in a solid form are observed in obese subjects (Fui et al., 2014).

How long should an off-season last

The duration of an off season varies a lot, and it depends on the starting point and the physical objectives in the face of the competitive category, in other words:

It’s not the same to weigh 75kg on stage and want to go into the next competition at 90, returning to go out in the same weight category with a better objective.

One competitor can do a short 2-3 months off-season and start preparation and another may be doing 3 years off-season without competing.

Once we have this clear, we must know at what rate it is efficient to gain weight to maximize muscle mass gain and minimize fat mass gain.

How much weight you gain per week

Ex: Novice in training weighing 60kg -> may consider a preparation where he gains ~300g a week.

Of course, you can gain more, but we know that from a certain point, which is not possible to determine since you have to have a large number of individual variables in mind, the fat mass gain can be triggered while the lean mass gain does not work at the same rate.

Where is the muscle mass gain limit?

That is, they gained a little more muscle mass, but their fat percentage shot up.

So “peach” bulking is not a good idea specifically in bodybuilders for the deregulation of the (an-)orexigenic hormones they present.

The amount of protein we need to consume to maximize muscle mass gains differs slightly from what we need to maintain muscle mass in a period of energy deficit.

If you are interested in this, I recommend that you consult the article on on-season nutrition, as I give you details about protein consumption (such as post-workout or pre-bed protein) that I will not repeat here because they are common to both stages.

We know that the recommendations of 0.8g of protein per kg body weight established by IoM are not enough for active people looking for hypertrophy.

Where is the protein limit?

In a very well conducted study by Bray et al. (2013) it was demonstrated that 8 weeks of hypocaloric diet had different effects on muscle mass depending on the amount of protein consumed in active young subjects.

It would have been perfect if they had also protocolized training, as not doing so is a factor that increases the risk of bias.

Figure VI. Changes in body composition after 8 weeks of diet with 3 variable amounts of protein.

Consumption of less than one gram of protein per kg in energy surplus worsens body composition; while higher protein intakes (1.7g/kg) maximized gains, and 3g/kg did not provide substantial benefits.

This is in line with studies such as Morton et al. (2017) which establishes an average intake of 1.6g protein * kg body weight to maximize protein synthesis.

In bodybuilders it was found that the maximum efficiency of protein intake by IAAO was 1.7-2.2g/kg. (Bandegan et al. 2017).

That is why I am recommending protein in volume, to achieve consumption of 1.6-2.2g/kg.

They are the least studied nutrient for their effects on body composition in athletes looking to improve their image.

We know that certain fatty acids are essential for normal cognitive, visual development, which exert cardioprotective effects and we need to ingest through the diet to avoid suffering conditions due to lack of fat consumption.

We’re talking about the polyunsaturated fatty acids of the omega 3 and omega 6 series.

A bulking bodybuilder who eats a flexible, rich and varied diet with a choice of quality foods (with meats, fish, eggs, fruits, vegetables, seeds, unrefined vegetable oils…) has the recommended intakes of essential nutrients, so in general, fats are given little attention.

It is generally recommended that fat intake should not be reduced below 0.5g/kg body weight; and in off-season it would not make sense to do so, so the recommendation is:

Consume about 1 gram / kg body weight; if you are a male you can benefit from a slightly higher intake and if you are female, a slightly lower one.

They are the key energy nutrient for maintaining good performance in high-intensity sports.

Unlike what it might seem like at the beginning, bodybuilding is not a sport that requires a high consumption of carbohydrates to prevent their depletion, because of the type of training that is done, and the frequency at which it is done.

We know that there are no differences in performance in 15 series of 15RM of lower training between a group that consumed 7.7g/kg and 0.37g/kg (Mitchell et al., 1997), although no biopsies were performed in the study to check muscle glycogen concentrations

The results are heterogeneous when we refer to this nutrient: Trials like the previous one see no differences in performance but others like Leveritt and Abernethy (1999) do.

My recommendation is that you will have to fill the calories with something, right?

Be sure to consume enough carbohydrates so that your muscle glycogen concentrations do not decrease below 70mmol/kg since at these concentrations the ability to exert strength is also reduced (Murray and Rosenbloom, 2018), a diet of 9.8g/kg/day filled to 93% of depleted glycogen.

Taking into account the constant ratio of repletion that occurs in the human body:

In general it is preferable that the bulk of the energy comes from carbohydrates if there are no glucose metabolism disorders.

So a good general recommendation is to keep your intake between 3-7g/kg/day.

If you eat a low-carbohydrate diet, although presumably there are (theoretical) mechanisms that postulate that it will negatively affect your muscle mass gain, in reality this is not evidently observed (Paoli et al., 2019).

This is a completely valid option, just make sure you consume 30-90g fructose a day to avoid the negative metabolic impact of a ketogenic diet by depleting liver glycogen concentrations.

There are a lot of supplements with the potential to positively influence body composition, but they are very specific and if you want to find out whether they will suit you or not there are a lot of the articles on the blog that talk about each of them individually.

Those that are generally recommended, for everyone without having to take into account individual characteristics are: 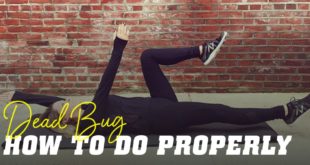 Dead Bug: How to Perform it Correctly 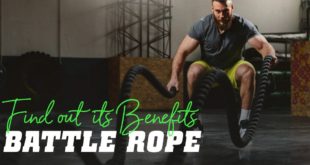 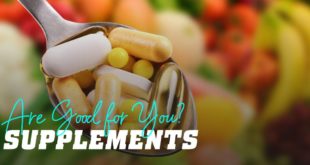 How to Explain to Your Father That Supplements Are Good

The Bar Row exercise that stimulates the biggest amount of muscle mass, is the variant …