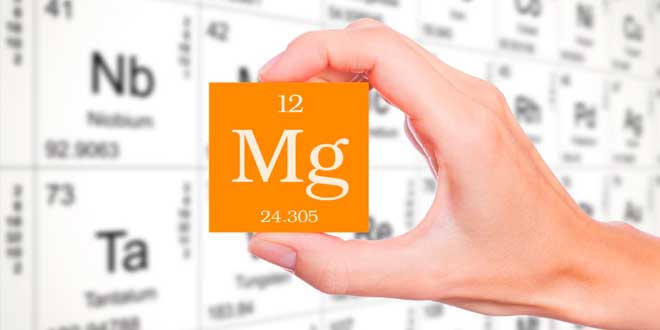 Magnesium salts and their bioavailability

Magnesium is an essential mineral that must be obtained from the diet or through supplementation in order to avoid possible deficiencies.

Magnesium supplements contribute to reducing tiredness and fatigue and also support the energy metabolism. It plays a fundamental role in obtaining cell energy, called ATP. All enzymes that create or use ATP need magnesium ions. A magnesium deficiency means that the energy cannot be produced, leading to unequivocal symptoms of tiredness and fatigue.

Apart from reducing important inflammatory health markers, it provides protection against pathologies that can lead to more serious cases, such as stress, as well as combating the signs of aging or anti-aging effects.

A magnesium deficiency, something that is common in our society due mainly to bad habits, has been linked to diseases such as osteoporosis, high blood pressure, clogged arteries, heart disease, diabetes, or even major problems such as strokes in the most critical cases.

Magnesium is very important for the correct functioning of cells, nerves, muscles, bones and heart. In general, a well-balanced diet provides normal levels of magnesium to the blood, but there are situations in which the body does not get the necessary amount of magnesium. Some of the possible causes are a poor diet, alcoholism or other medical conditions (diarrhea, vomiting, absorption problems, diabetes…).

Why is it complicated to get the necessary levels of Magnesium from food?

Most good sources of magnesium have only around 10% or less of the recommended daily amount per serving. Those that have more, such as certain nuts, fish and whole grains, are usually eaten in small amounts depending on the person.

These are some of the food sources of magnesium:

We tell you What Foods are Rich in Magnesium.

There are several factors that can affect our ability to obtain magnesium from food, such as:

How much Magnesium should we take?

The doses of magnesium can vary between 200-400mg daily and it is advisable to take it with the meals. Click here to learn what is the correct dose of Magnesium.

All the supplements we can find are combinations with another substance, usually a salt. Each salt will provide a different amount of the elemental mineral. The amount of magnesium and its bioavailability are the key elements for an effective supplement.

Bioavailability refers to the amount of elemental Magnesium that our body will absorb in the end.

There are other factors that affect the absorption, such as the levels of magnesium in each person’s reserves: it will be absorbed more slowly if the body levels are already adequate. It will be excreted through the urine or feces if it is taken excessively.

A value called “stability constant” refers to the binding of the mineral-cofactor complex (salt or other molecule). Stability constants measure the strength of the bonds between the molecule and the compound, and go from 0 upwards. The lower the number, the easier it will be to dissolve the bond of the ionic bonds, which means that the body can absorb it more easily.

According to the previous explanation, choosing to use magnesium supplementation in our diet can lead to an improvement of our health, avoiding a possible deficit. Nevertheless, we can enumerate and distinguish the different types of supplements so that we can acquire the one that is more useful to us. Another important factor will be the absorption rate of the mineral depending on the element that acts as an absorption cofactor, such as salts.

What is Magnesium Chloride and What is it for?

Magnesium chloride is one of the magnesium salts with the highest absorption rate, although it only contains approximately a 12% of elemental magnesium. It has a stability constant of 0, and it is the best form of magnesium for the detoxification of cells and tissues. On the other hand, chloride (not to be confused with chlorine, a toxic gas) helps with the kidney function and it can increase the metabolism.

What are the Benefits of Magnesium Chloride?

It provides the chloride of its composition to produce hydrochloric acid in the stomach and improve its absorption. This is particularly suitable for anyone with a low stomach acidity, which will help with the digestions.

What is Magnesium Carbonate?

Magnesium carbonate is a white powder compound that is produced naturally as dolomite and magnesite.

This form provides a 42% of the elemental mineral, with an bioavailability rate between 5-30%. High doses can produce laxative effects. Magnesium carbonate reacts with hydrochloric acid in the stomach to form magnesium chloride, depending on the levels of acid in the stomach.

Magnesium carbonate can help to improve the solubility and availability of Phenofibric Acid, which is used as a treatment for patients with high cholesterol and triglycerides.

How to take pure Magnesium Carbonate?

Due to its laxative properties, it would be better to take it in the morning on an empty stomach. The powder format can be dissolved directly with water.

What is the difference between Sodium Bicarbonate and Magnesium Carbonate?

The first big difference can be found in terms of molecular composition. Sodium Bicarbonate has the formula NaHCO3, while Magnesium Carbonate is MgCO3. Regarding their uses:

This is a metal oxide, which belongs to the group of alkaline earths, and it can be found naturally in metamorphic rocks. The chemical formula is MgO, which indicates that it contains one magnesium atom and one oxygen atom, forming an ionic bond. Magnesium oxide has a wide range of uses and it can be found in many household and industrial items, apart from being an anti-acid remedy (relieves gastric reflux, as it has a high pH), a laxative element and, of course, as dietary supplements to supply the micronutrients that may be missing from the diet.

This form of magnesium offers a high concentration (60%), but poor absorption levels, due to a constant high stability. It is estimated that the intestinal absorption is around a 4%.

It is obtained from the magnesium salt of citric acid. This form of magnesium has a lower concentration, but a good bioavailability (16%), mainly due to the magnesium-citric acid bond. Citrate is a large molecule, so there is less magnesium per weight than in any other form, such as magnesium oxide.

Magnesium citrate works by attracting water through the tissues by osmosis. When it reaches the small intestine, it gets enough water to encourage defecation. The extra water helps to produce more stool, stimulating the intestinal mobility and therefore triggering a mild laxative effect. Since citric acid is a mild laxative, magnesium citrate provides two benefits: it helps with constipation and prevents kidney stones, apart from being a source of magnesium. It is a great choice for people with rectal or colon problems, but is not suitable for those with diarrhea or loose stools. It is advisable to take it on an empty stomach with a glass of water to help with its absorption.

Magnesium glycinate is the binding of the mineral together with the amino acid glycine, resulting in a chelated bond (magnesium bound to glycine, a non-essential amino acid). It is one of the most bioavailable and absorbable forms of magnesium, and also one that causes the least gastrointestinal problems, like the laxative effect of other forms and inducing diarrhea. It is the safest choice to fix a deficiency in the long term.

Glycine is a big molecule, which means that there is less magnesium per weight, moreover, this amino acid is a neurotransmitter with anxiolytic properties, enhancing the relaxing effect of magnesium itself.

The absorption of magnesium depends on several factors, and another one that we have not mentioned is the one produced by the phytates found in cereals and nuts. Its task will be to hinder the absorption through a chelating effect which will drastically drop. Thus, it is better to take magnesium and these foods separately. In this sense, magnesium glycinate reduces this effect and solves this problem if the person tends to consume this supplement at breakfast with this type of foods.

This form of magnesium provides a 6.5% of the elemental mineral with a stability constant of 1.55, with weak ionic bonds of magnesium and malic acid, which break easily, so it is easily soluble in the body.

Malic acid is used in the mitochondria to produce energy, playing a role both in the synthesis of ATP and in the Krebs cycle. In this way, it could be able to reduce the symptoms of chronic fatigue. Both elements, magnesium and malic acid, have a detoxifying function of heavy metals in the body, like in the case of aluminium toxicity. Moreover, such combination could relieve the symptoms of joint pain and connective tissue produced by fibromyalgia, according to research.

Magnesium ascorbate is a source of vitamin C and magnesium. It is a neutral salt with a higher gastrointestinal tolerance than the other forms. It contains 6.4% of the elemental mineral. This organic bond is regarded as the most natural and bioavailable form by the organism to combat stress. It can help with the detoxification of some heavy metals, such as lead and other toxic chemicals.

Ascorbic acid is involved in the absorption, transport and storage of iron, and it stimulates the synthesis of ferritin at an intestinal level to promote the storage in cells. It also has important antioxidant properties.

It is the result of combining the mineral with a salt that is widely available in the geological environment, obtained from the mineral called epsomite, which is a white solid substance found on the surface of the Earth. Apart from this, it is also found in the oceans and natural springs. It provides a 10% of the elemental mineral. Sulfate helps to improve the absorption of nutrients, eliminates toxins and helps to relieve headaches. It can be injected intravenously to treat acute migraine cases, as shown in this study.

Some of the possible benefits from these salts are: helping to deal with stress and achieving a greater feeling of relaxation, relieving pain and muscle cramps, helping to regulate the electrolyte levels, apart from ensuring the proper functioning of the muscles, nerves and enzymes.

This type has a moderate concentration, but a high level of bioavailability. It is used as a treatment for digestive problems. Magnesium lactate encourages heart health. It also facilitates the tasks of the nervous and digestive systems. This supplement is contraindicated for heart or kidney diseases. 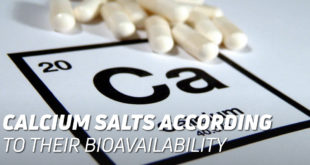 Calcium Salts according to their Bioavailability 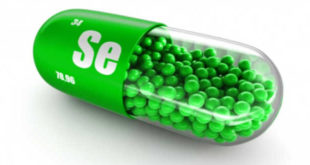 Selenium – An antioxidant against cell degeneration 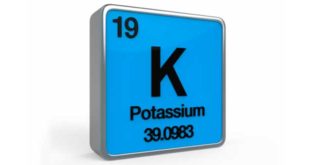 Potassium – The mineral that regulates the heartbeat 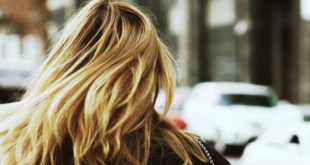 Copper – A crucial mineral for our health

Copper is one of the most important minerals for the connective tissue of our body. …