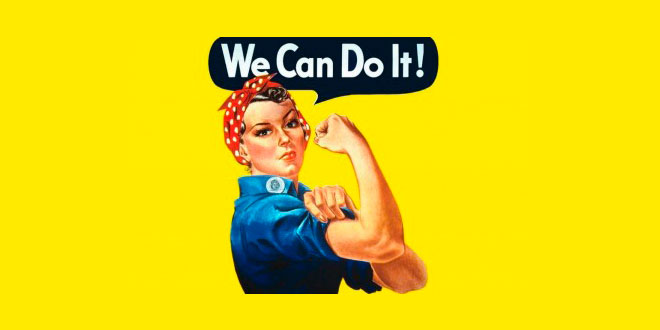 This is a guide for women who practice sport that was written by popular demand. I will explain how to improve the performance as well as the physical condition of women.

Energy expenditure depending on the exercise in women

Even though there are many differences between both sexes, we are going to focus on those that have an impact at a hormonal and metabolic level. If you have been reading my articles, you probably know that the use of fats or carbohydrates by the cells will mainly depend on the intensity of the exercise. So, as the intensity of the exercise increases, the use of glucose as energy source will increase, and it will be enhanced depending on the sex.

Even though there is not a clear explanation as to why this happens, I have a theory:

Testosterone plays a very important role when it comes to gaining muscle, since once the boys go through the puberty, there is an increase of muscle mass, which coincides with higher levels of said hormone4.

Use of the intramuscular triglycerides

The intramuscular triglycerides (IMTG) are little energy reserves that are found in the muscles. Studies have proven that these “fats” are higher in women than men, which helps to meet the energy demands during the workout5.

These intramuscular triglycerides will be mainly found in type I fibers, which are oxidative fibers, which will maintain the performance during long workouts6

The IMTG can change with different protocols like fasting or a ketogenic diet, because both their use and recharge increase by reducing the glycogen from the muscle. In this way we can play with the amount of carbohydrates during the pre-season or it can help to improve our marks in some workouts or to prepare for a competition.

When it comes to weightlifting, regardless of the level of workout, men undergo a drop of muscle glycogen in both types of muscle fibers, something that did not happen in women8. This is due to the fact that women meet their energy demands in moderate intensities through the metabolism of fats, as we saw previously.

But, what happens when we talk about intense workouts?

The same thing happens again, more or less. The lactate levels are a 22% lower in women than in men9.

For those who do not know about this, lactate is a marker that indicates that we are performing a high intensity workout. When the presence of oxygen is very low or the requirement is high, the body produces energy from glucose, which generates lactate

The phosphocreatine reserves descended around an 80%, regardless of the sex and the type of fiber. With regard to the glycogen reserves, women saved a 50% more glycogen, from which we can conclude that women need less carbohydrates than men in order to recover.

Consumption of proteins in women

This can be a critical point for women, since the current advise for female athletes is far from what truly happens, since only a 26% of women consume the adequate amount of protein10.

Even though the requirements depend on the type of exercise, we can estimate that a supply between 1.6-1.8g of protein/kg body weight would be correct, unlike men, who would have to use a dose of 2.3/kg of body weight to meet their demands11.

In order to understand the nutrition of a sportsperson, we need to think about the pressure that they undergo due to their physical appearance, since the number of cases of anorexia are increasing due to advertisements and the tinier sizes in clothing. This will influence the caloric intake, and in the case of female elite ice skaters, a 30% of them believe that are overweight12.

The consequence of a poor caloric intake is a deficiency of vitamin D, E, calcium, magnesium, phosphorus, etc. These excessive caloric deficits slow down our metabolism, activates obesogenic mechanisms that will make it easier to gain body fat13.

In the case of gymnasts and elite runners, their fat percentage increases14, which supports my theory that this low calories intake in sportswomen can make it easier to store fat and more difficult to gain muscle mass.

Common mistakes in diet of women

My experience on this field is that most of the girls that prepare for Bikini contests or a photo session, follow very poor diets.

A part of the fitness coaches (and by these I am not trying to blame every single one of them) advises diets that range between 800-1200kcal with a very low supply of carbohydrates and which tend to avoid them after certain times.

On the other hand, they advise between 1-2h of cardio every day, which produces a higher caloric expenditure in the short term, but less in the long term (what I call metabolic efficiency). This generates a great metabolic stress that will obviously affect the different hormones

What is the main symptom of an extreme caloric deficit?

Amenorrhea. Up to a 50% of women who do exercise experience changes in their menstrual cycle15.

There are different factors that affect this state, like a very low fat intake, a very low caloric intake, psychological stress (higher levels of cortisol) or metabolic stress due to overexercising.

To avoid these problems, we need to increase the amount of calories, fats, and carbs, the latter will help to increase the T3 levels, like I have previously explained in other articles, like the “Metabolic Tomb”…

How much carbs should a woman consume?

This is one of the questions that many women tend to ask and the issue that we talk less about. If you remember, at the beginning of this guide, I spoke about how women used less glucose as an energy source and they resynthesize less post-workout glycogen, in fact, some studies show how after 4 days following a diet high in carbs, the amount of muscular glycogen did not change17.

This worse use of the carbohydrates as an energy source and the worse recharge of glycogen is going to affect the type of carbohydrates that we are going to choose for women.

In my own opinion, sportswomen tend to base their source of carbohydrates in non-refined carbohydrates, because when they have to reduce the amount of carbs, they tend to prioritize those foods that are high in fiber.

With this intake of carbohydrates, the use of refined carbs becomes a very valuable tool. This intake would imply a 90% of the required calories in the case of women, which is kind of crazy. In my opinion, I believe that a consumption of around 3g per kg of body weight is a correct amount, in this way, a female athlete that weights 65kg should consume around 195g of carbohydrates.

The situation would be different in the case of a sportsman, since by using more glycogen and carrying out a higher resynthesis of glycogen, it allows him to consume 7-8g of carbs/kg of body weight18. If we are dealing with a male athlete that weights 80kg, he should consume 640g of carbohydrates.

What happens with fat?

Knowing that women use more fat as a source of energy, the role of this macronutrient becomes more important. A curious fact, which I probably have mentioned more than once, is that as we transition from a sedentary lifestyle to a normal-high training level, our body goes from oxidizing carbs to oxidize more fat, which means that those women who have been training for several years have a perfect fat metabolism.

Now that we know how women use more fat during the workout through the IMTG (intramuscular triglycerides), we have need to consider if a diet that is high in carbs is the best way to refill these “reserves”:

The higher the use of IMLC, the longer the distance. Adapted from Enette Larson-Meye et al 2002.

Even though the use of the intramyocellular lipids reserves depends on the intensity and duration (spending a 70% if the exercise lasts more than 2h), few women recharge their deposits due to the fear of consuming too many calories and increasing their fat percentage.

The best thing would be to consume around a 35-40% of the calories as fat20, specially those that are mono and polyunsaturated, which helps to increase the lean body mass tissue (LBM), and saturated fats, like the one from coconut.

You should never reduce the consumption of fat under a 15%.

And what happens with proteins?

As you may imagine, the protein requirements change between men and women, in the first case the requirements are much higher, since the synthesis of proteins is higher for them. On the contrary, the protein breakdown is lower in women21.

The reason why they undergo a lower protein breakdown is because women use more fats and less carbs during the workout, as we have previously highlighted, even though it can be due to a dimorphism on the beta receptors (a point that I will develop in the feature).

Training with low reserves of glycogen increases the breakdown of proteins22, regardless of the cortisol levels or emotional stress, which is why men will oxidize more amino acids during the workout than a woman.

This does not mean that women do not have a negative nitrogen balance after the training, or that they do not need to take a post-workout protein shake, on the contrary, women who perform a high muscle contraction (in the case of weightlifting) can benefit from a serving after the workout.

To sum up, we can observe that sportswomen:

Now that we have reached this point, here is the most difficult part:

Example of a Diet for a sportswoman

The diet would be as follows:

In this way, we will guarantee:

This is probably one of the points that tend to be more interesting for women and which has one of the simplest answers. If you remember properly, I spoke about muscle mass in an article, and I said that there has to be a positive nitrogen balance in order to gain muscle, in other words, there has to be more protein synthesis than breakdown.

We know that women undergo a lower breakdown and synthesis of protein, which means that we need to increase the second one to create an “ideal” environment.

The best way to achieve this is through intense weightlifting, there is no other way. Even though many tend to fear looking to muscular this will not happen due to the high estrogen levels. Estrogens a female sex hormone that controls a great part of the energy metabolism, weight, and distribution of fat.

Thanks to this hormone, women are more sensitive to insulin and, therefore, their chances of suffering diabetes is lower. Weightlifting is quite interesting since it allows to consume more carbs/calories in the diet, since it avoids the harmful effects of hyperinsulinemia23.

To conclude, we must take advantage of that higher sensibility to insulin that women possess in order to make little carbohydrates loading during some of the training days, and in this way achieve a caloric excess without having a negative impact in our body fat, because when the muscle is sensitive to insulin/glucose, our adipocytes will barely absorb the glucose.

With this, I say goodbye, hoping that you enjoy this guide as much as I have enjoyed writing it. 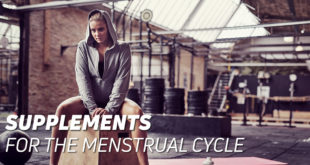 Supplementation depending on the Menstrual Cycle 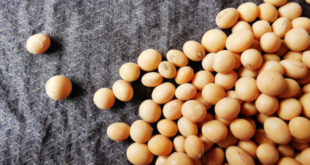 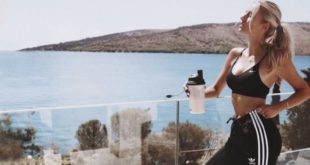 Why not treat menopause in a natural way? Completely natural and effective products to treat …