Coca Cola Zero- As bad as it seems?

Share
You’re sure to have heard hundreds of people saying that coca-cola zero is the worst of all, as if it were a legend whose has been passed from person to person with no limits, so it’s time to shine a little light on what surrounds this highly popular sugar-free product

The ideal is to accustom yourself to not eating sweetened or artificially coloured products, because if not you will never take away mental addiction to sugar. It is a very complicated task, even for someone who has been more than a year without eating any sweet.

This is the day-to-day life of a conscious diabetic person, since not all diabetics are, an almost impossible task to have a «sweet» snack if we also want to take care of our health and refresh us at the same time (interesting to know that cola soft drinks hydrate more than water, but this will be the subject for another post).

Many people in my immediate environment say that Coca-Cola Zero is not healthy at all and is even less healthy than sugary Coca-Cola because it has chemicals, which according to those who believe this, are potential carcinogens in humans, but as always they do not know how to defend the reasoning for such a claim and just say: «they said it on the tv», and it’s now sacred, but is it really correct?

Classic Coca-Cola is made up of carbonated water, sugar, black colouring (E150D), acidulant (E338) and natural flavours, but for Coca-Cola Zero sugar is substituted for artificial sweeteners: sodium cyclamate (E952), acesulfame-K (E950) and aspartame, in addition to adding an acidity correction (E331).

We will analyse these chemical elements that are proposed as the devil incarnate to see if they really affect our health:

Sodium cyclamate, internationally known as the code E952, was discovered in 1937 by Michael Sveda in the University of Illinois, and has been used as an artificial sweetener since 1950, since it does not have calories and it sweetens 50 times more compared to other artificial sweeteners.

Your allowable daily intake is considered by health authorities to be 11mg per kg body weight a day.

A person of 80kg could take 800mg without it affecting their health; so every Coca-Cola Zero has 60mg per can. We would be in danger if we drank more than 13 cans, which is more than 4 litres a day.

Its use was suspended in the U.S in 1970, due to this study1 conducted on rats by the Food and Drug Research laboratories where there was a risk of cancer, however, a good number of subsequent studies on cyclamate determined that it was safe for human consumption.

In fact the Food and Drug Administration (FDA) concluded2 that cyclamate is not cancerous and according to the World Health Organization (WHO) analysis, it is a sweetener without harm to health and listed in its “Group 3” of non-cancer substances

Potassium acesulfame, internationally known as the E950 code, was discovered, almost by chance, in 1967, and is an artificial sweetener that sweetens 200 times more than sugar.

Its daily intake allowance is 15mg per of body weight

This translates, in the case of a person weighing 80kg, into 1.2 g per day; so as every can of Coca-Cola Zero has 150mg for every 330 mL, you would have to drink 8 cans to pass the allowed quantity, in other words, more than 2 and a half litres

There are only a few studies conducted on the safety of acesulfame potassium, so nothing can be 100% confirmed, but in this study3 in rats where the possible carcinogenic relation to consuming acesulfame potassium was investigated, no evidence was found to prove this.

In 1990 a revision was conducted4 by the The Food Organization of the United Nations (FAO) and the World Health Organization (WHO), in 2000 the European Food Safety Authority (EFSA) made another revision5, and in 2003 the Food and Drug Agency (FDA) made this revision6 completed in 2015, stating that it is always safe to use for food

Similarly to the previous compounds, it is a non-caloric artificial sweetener that is between 150 and 200 times sweeter than sugar. This is probably the most controversial of all the compounds that the product contains and we will explain the resasoning.

For a person of 80kg it would be 4g. of aspartame per day to be bad for the health, in other words, more than 22 cans, since one can of Coca Cola Zero has 0.18 grams of aspartame

Its infamousness because when ingested and hydrolysed, the methanol that is generated becomes formaldehyde, which is considered carcinogenic, but this is a little irrelevant as the amount generated from it is even lower than some healthy foods like bananas or carrots, which possess larger quantities of methanol than that which the ingestion of aspartame could produce.

Still, there is a battle between Soffriti and the European Food Safety Authority (EFSA), as the EFSA draws such revisions and conclusions7 of more than 250 pages, showing evidence of the safety of aspartame, and Soffritti conducted studies like this8 to show that aspartame is dangerous at normal doses

This additive is phosphoric acid and is often used to confer a certain acidity to the drink. It has been suggested that their usual intake promotes the erosion of dental enamel

There are some studies that show a connection to a lower bone density9, these are studies of little impact that do not relay any danger for health

It is simply a caramel colouring, specifically ammonia sulphite caramel, suitable for human consumption. In 2011 it aroused some fear as the International Agency for Research for Cancer (IARC) included it as «possibly carcinogenic to humans».

The European Food Safety Authority (EFSA), after reviewing all available information about this compound, concluded (it can be read in this press release10 that there is no reason to worry and they assure that this additive is safe and can be used in food and drink

The last difference between Coca Cola Zero and regular Coca Cola is the acidity regulator (sodium citrate) present in the first and not the second. There has always been a spotlight on sweeteners, but to be absolutely sure and claim that Coca Cola Zero is no worse than normal, it is also necessary to review this aspect.

Well, we ended up fast here, and the fact that the FDA has not even put a maximum daily intake for this substance shows it’s totally harmless

Given all this, the conclusions we can draw on sweeteners and additives used in the production of Coca Cola zero are widely studied and assured as safe, but reaching conclusions on their direct impact on human health is not an easy task.

It is true that there are many legends that create controversy around some additives, but the most relevant institutions consider them safe, so there should be no social alarm to stop drinking Coca Cola Zero.

That said, I do not mean we should be consuming this product left, right and centre. Remember that it is a processed product, which we should take as little as possible, very sporadically and without ever abusing them, but going from there to create an unreal legend that about the relationship of x additive with cancer or diseases is a trek.

And while both additives and sweeteners are completely safe, it is not necessary to use them on a constant day-to-day basis as they do not provide any extraordinary benefit by taking them without control. But what is clear is that it is safer to drink a Coca Cola zero than a classic Coca-Cola that has 37g of sugar when the recommended daily intake is about 50g per person per day. You can do your own calculations

David Díaz Gil contributes with excellent articles in which he deposits the essence of his experience as well as scientific rigor.
@EnformaAlos40
Previous Mini Spinach, Quinoa and Cheese Frittatas
Next Synephrine: What It Is, Benefits, Effects, How to Take it
Related Articles 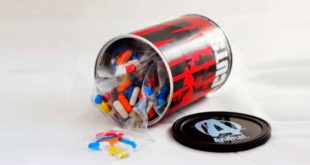 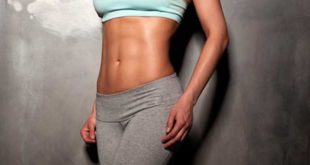 Synephrine: What It Is, Benefits, Effects, How to Take it 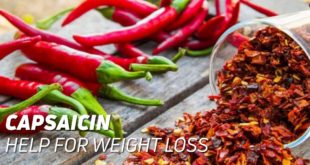 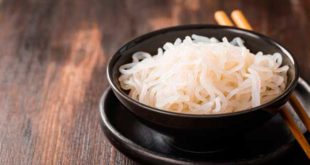 Glucomannan – What is it and its benefits

Glucomannan is the main reserve polysaccharide obtained from a tuber native to India and China, …